Why I Believe It's #notasymbol

A few weeks ago, a survey of US Catholics was released. According to the survey, only one third of all Catholics believe in the Real Presence of Jesus in the Eucharist.

This simply breaks my heart. I cannot imagine life without Him. 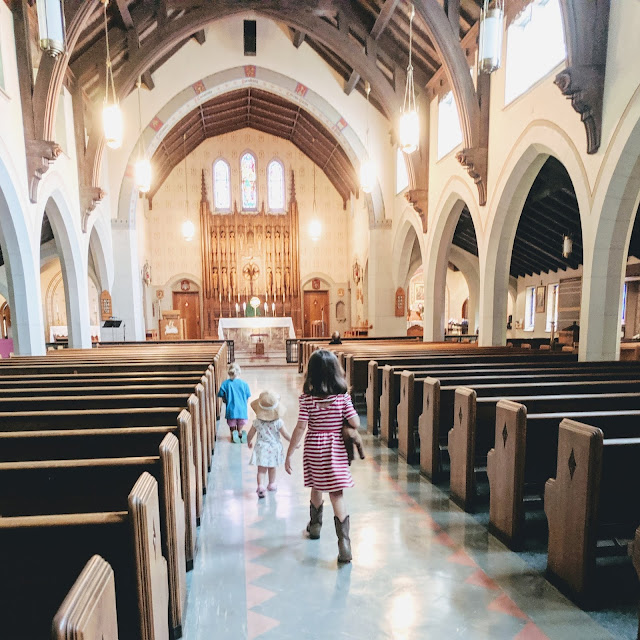 But I want you to know something else. I want you to know that, if you take the time to be with Him in the Eucharist - at Mass, at adoration, in the silence of an empty church - He will change you. The vast majority of the time that I go to Mass, I feel nothing. But still, there is a relationship. In some ways, it is like marriage. So many days, you don't feel the way you felt when you were newly dating, but with each day, the relationship and love grows deeper than you ever thought possible. 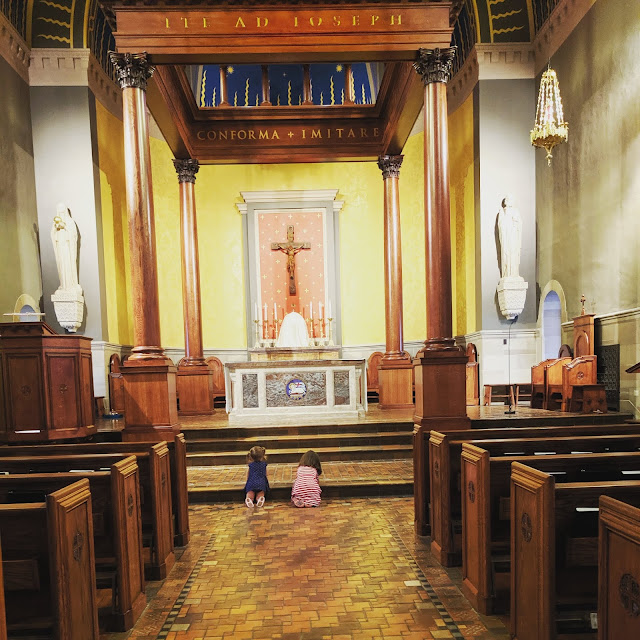 I have seen this happen, so many times, with children. I have watched each of our toddlers be drawn to the tabernacle. I have watched them blow their little kisses. I've also worked with children with special needs. I've taken kids to spend time with Jesus in the Eucharist week after week, and witnessed their silence and joy when they finally receive Him. (I'll never forget a young man I prepared for First Communion who had very significant mental and physical disabilities, and who was disgusted by the taste of the unconsecrated host. When he received First Communion, there was no disgust on his face - just pure joy.)

I wouldn't want to live in a world without the Eucharist. I don't think I could. 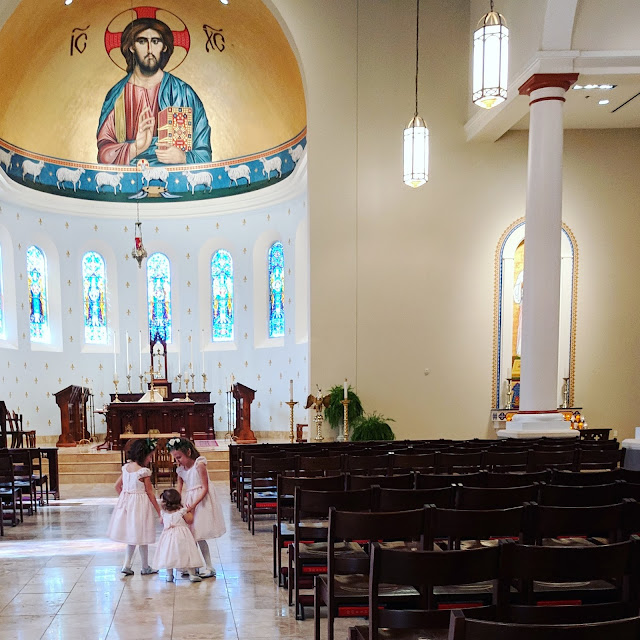 But, in the course of my life, I have had moments of doubt. It is in those moments that I look to the witness of others. When we visited Italy, and the catacombs, and the tombs of martyrs, I was overwhelmed with the feeling that everything was real. Everything I believed. It was worth living for. It was worth dying for.

And then, there are our seminarian and priest friends. 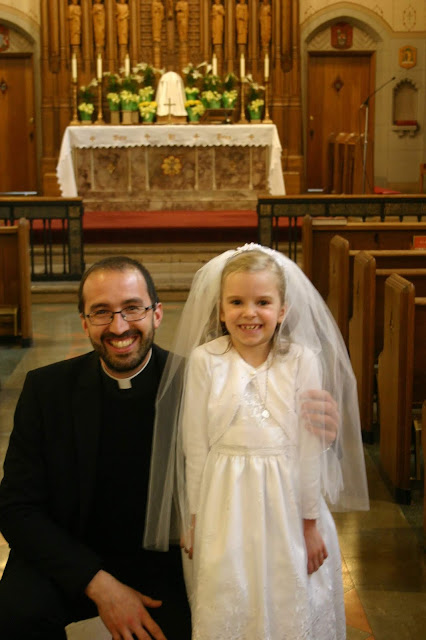 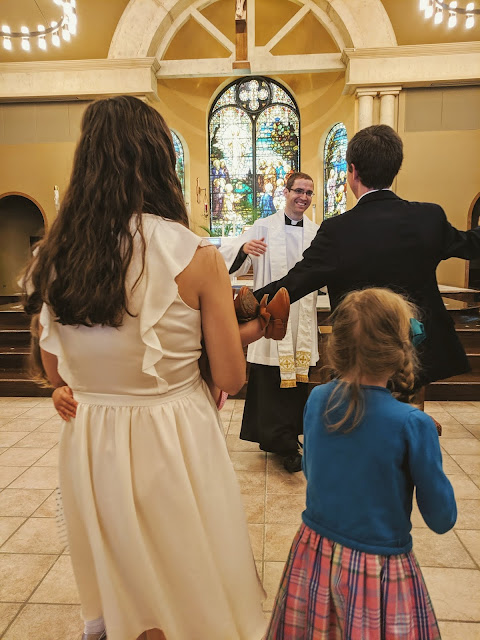 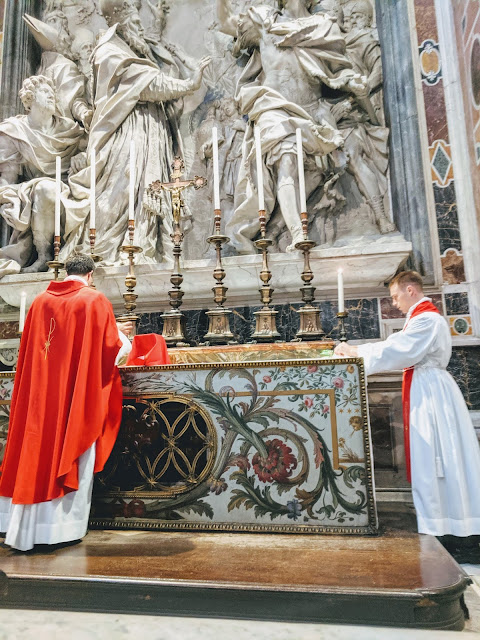 And, of course, there is Gabriel.

Before Gabriel, I had known people who had died. I had had people in my extended family die. But I had never had a person in my immediate family die. Before Gabriel, Andrew and I talked about journeying to heaven together. We talked about heaven with our daughters. But after Gabriel - it was suddenly all real. We had had a member of our family who had possibly gotten to heaven already.

There is no ache like the ache of knowing that the tiny body of your child, once safely nestled in your body, now lays in the earth. There is some consolation in seeing my living children visit his grave and, briefly, having all four of my children physically in one place.

But there is a whole other consolation that comes from the Eucharist. If what we believe about the Eucharist is real, and if I truly believe that I can have great hope that my Gabriel is in heaven - it means that he is present at every Mass, too. It means that he (and all the saints) pray with us and for us at Mass. It means that, when I receive the Eucharist, I am not only united to Jesus, but to the whole mystical body of Christ - including Gabriel. It means that I am closer to him now than I was when he grew inside me.

Gabriel has helped me understand and appreciate the Eucharist on a whole new level. And he has helped me to long for Christ more than ever. 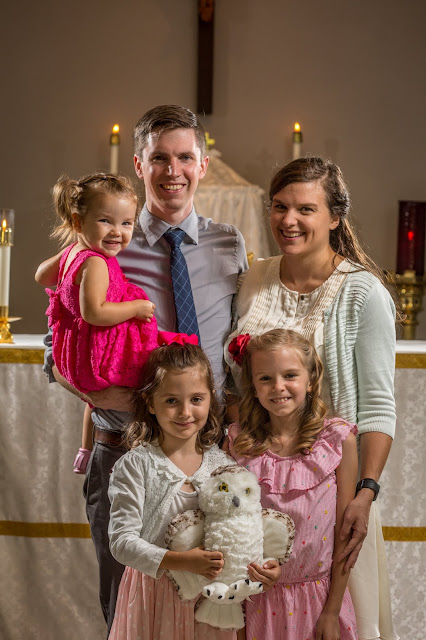 We recently were gifted a family picture, and it just so happened that Jesus had a cameo appearance in the background. I haven't been organized enough to schedule and plan a family photo session in a park or something like that, but somehow, this family picture means more to me than one like that ever could. Because of Jesus in the Eucharist, in a way - Gabriel is spiritually present in this picture too.

And, right in the center of the picture, is the tabernacle. Jesus in the Eucharist is in the heart of it all, like he is the heart of our family.

Because truly, we couldn't live without Him.