I've been in a really, really rough patch with my anxiety lately. I tried to explain to my husband what it felt like by telling him to imagine that he thought that his boss was going to fire him and that he spent every day waiting for his boss to come in his office and fire him...but it never happened. Even though it never happened and was never going to happen, his heart would probably skip a beat every time he heard footsteps approaching his office, or every time one of his students turned the doorknob to come and see him.

My husband doesn't have anxiety (and he has an awesome job, so this isn't a real possibility) but the image captures what the experience of anxiety is like. It's exhausting. My nervous system feels like it's always on high alert, like danger is around every bend. Even when I know that I'm safe and everything is fine, my body doesn't seem to get the message. 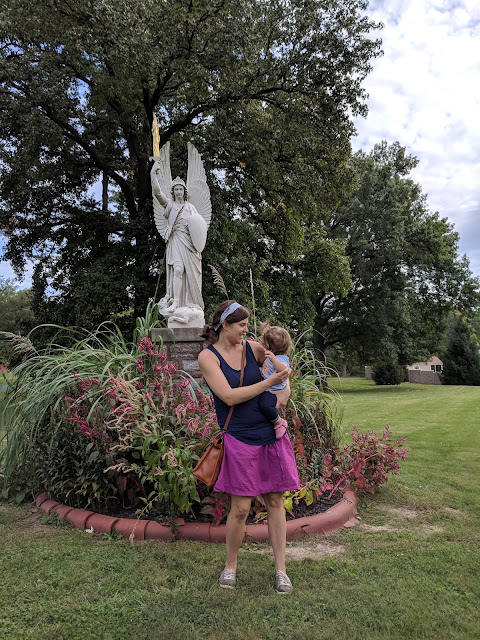 Motherhood/homeschooling/work is exhausting enough without anxiety. Anxiety makes me want to just curl up in a ball and quit.

What's been hardest lately has been that I've been in a really long dry patch in my prayer life. Praying has triggered more anxiety, and my brain just wouldn't calm down in prayer. I didn't feel any peace when I was praying. And my dear Jesus, who I have often felt so close to, seemed so far away.

Was I doing something wrong?  I have a pretty consistent prayer routine, and I was faithful to it. I thought of Mother Teresa and her dryness in prayer. Surely, it wasn't a sign that there was something wrong with me? In the midst of this, i heard someone talking about a child who got stressed during a deliverance prayer and how surely that was a sign that evil was attacking their family. That may have been the case for their family, but hearing that had me worried. Was I feeling anxiety in prayer because I was an evil person in some way?

i know that that sounds totally ridiculous, but there are a lot of people who think that anxiety and depression are a sign that someone needs to pray more, or trust God more. And i worried...what if they were right?

Then, I started reading Father Elijah. If you haven't read it, I highly recommend it. Poor Fr. Elijah deals with some awful stuff, but his interior life was what struck me. It reminded me of consolations I had experienced in prayer. Although nothing like the miraculous stuff he experiences, I began remembering what a source of strength the Eucharist has been for me, throughout my life. And I decided to try to make daily visits to Jesus, even if they were short. 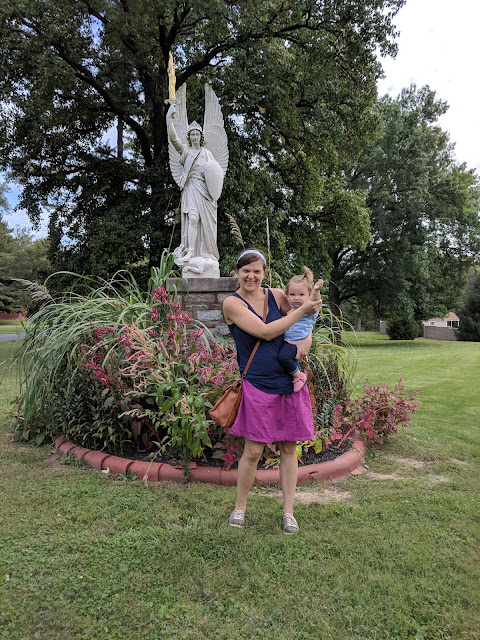 The thing about Jesus is that when he wants to make you fall in love with him, he can be pretty hard to resist. On one particularly difficult day with my anxiety, I ended up just sitting with him in adoration, and even falling asleep. I felt more joy than i had felt in ages.

My anxiety didn't budge. It didn't go away. It wasn't cured.

But that's okay. Because my bouts with anxiety and depression aren't a sign that I'm doing something wrong. They're just the cross. They're just an opportunity to choose to love, even in the midst of suffering.

If you are in the midst of similar struggles, take heart. You are not alone. The Spirit and the Bride say come.