Failing as a Mother and the Cross

This summer is flying by, and I have to admit that I've been feeling like I'm drowning. My anxiety has been acute at some points, and it is so hard to parent small children when you're in a state of high anxiety.

This video is a pretty accurate representation of what anxiety feels like. It is relentless, and it can make daily functioning so, so hard.

Thankfully, I have a lot of tools for managing my anxiety and I have an incredibly supportive husband. But that doesn't take away from the fact that this particular cross is one that I really struggle with. One of the things that I struggle with the most about it is the fact that it makes me feel like such a failure. I know that I'm not as patient of a wife or mother when I'm feeling anxious. I know that I'm more productive when my anxiety levels are low. I wish that I didn't have any anxiety and I could just be productive and...well...super human? 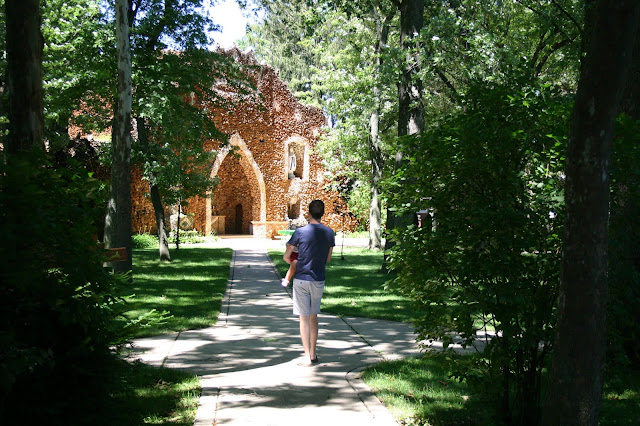 We live in a society that is obsessed with productivity and accomplishments. But the reality is that living a life of holiness is often very mundane. I think often of what one of my best friends (who got married the year before I did) told me before our wedding. "It's like...the little things are what are so exciting about marriage. You get to wash dishes together! You get to cook together! It's the little things." That was so wise of her, because it's true. There is beauty in those little things.

That's why I love the image of the domestic monastery so much. People don't enter monasteries so that they can advance in their careers. They enter monasteries to embrace a mostly simple, mundane life. A good seminarian friend of mine has a friend in a cloistered religious order. He told me recently, "She says that she mainly does dishes. She does a LOT of dishes." Sound familiar? Monks and nuns wash dishes, clean, garden, maybe do some sort of simple work to support their monasteries. Overall, it is not a glamorous life.

I was talking to this same friend about my thoughts about the domestic monastery and the parallels between monastic life and family life. "That's what my sister said her Mother Superior told them [about waking up in the middle of the night to pray]. 'It's like getting up with a baby.'" I love cuddling a chubby baby in the middle of the night - but it is also exhausting. And it is anything but glamorous. 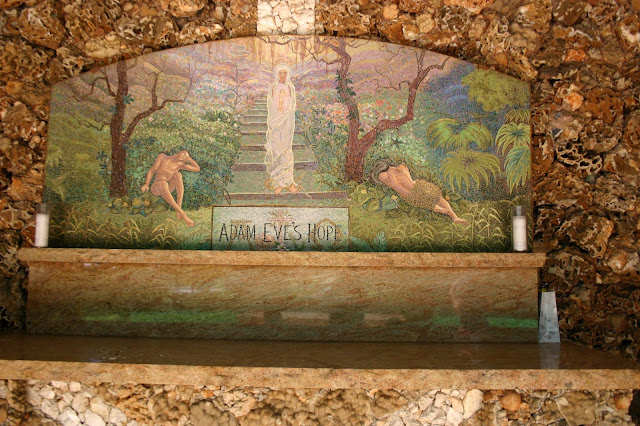 The other day I was at the very end of my patience. To add insult to injury, I had a baby who was getting into everything. If you've ever had a baby or a toddler, you know what I'm talking about. She either was whining at me, wanting to nurse, or she was crawling off to find trouble. I was so frustrated with her. My husband had been working longer hours than usual, finishing up a project, and I was just drained. My frustration was pouring out, and poor baby sensed it. As I grew more frustrated, she grew more whiny. She knew I was unhappy, and it was making her unhappy. 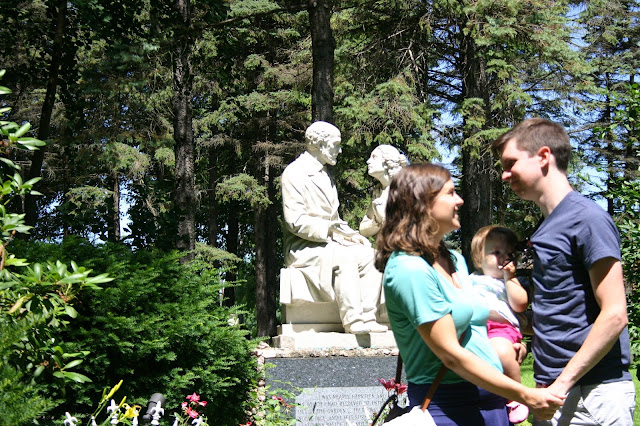 We made it to nap time, and I settled down to nurse her, still feeling super frustrated. I texted my husband, pouring out my frustrations. He asked what he could do to help. "Go to the chapel, please, and ask God to give me the grace of spiritual communion. Because I really need him," I requested. I broke down crying as I texted him. Between the tears and the knowledge that he was taking me in his prayers to Jesus in the Blessed Sacrament, I felt peace creeping in. Suddenly, it hit me. "Oh, right. This is just the cross. I just need to offer this up."

(Side note here with a story I don't think I've shared before. At some point a few months ago, I was really struggling with jealousy that my husband could just visit Jesus in the tabernacle at any point in the work day - since he works in a seminary with THREE CHAPELS - and I was desperate for that time alone with Jesus, but couldn't have it. I was talking about this with my confessor, and he told me that, because Andrew and I are one in marriage, whenever he goes to be with Jesus he is actually bringing me with him. At the time I thought, "But that's not the same!" But since then, I've remembered this and occasionally dispatch him to Jesus for me, and it has been such a gift to me.)

As I was texting my husband and calming down, I began looking down at my nursing baby and smiling at her. She sensed the shift in my mood and became ecstatically happy. Her whole little face lit up in a scrunched up smile. Little things indeed. 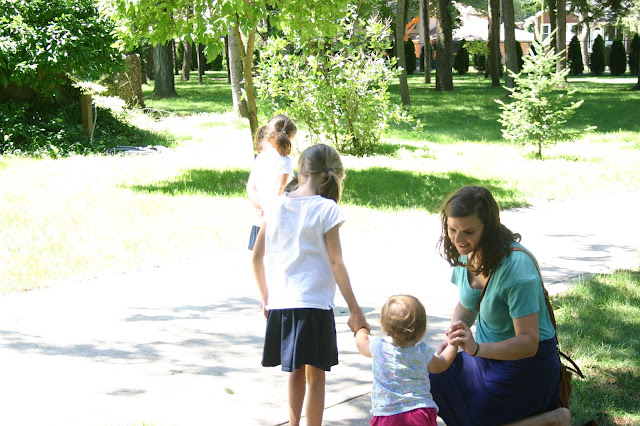 But this vocation is so much bigger than that. These pictures were from a recent visit to the Carmelite monastery where we got engaged, ten years ago this October. I had no idea what I was saying yes to that day, but I know that what I was longing for is what God has given me. I was longing for the opportunity to journey to heaven with my husband. I didn't know what that would involve. I didn't know what the cross would consist of in our lives. I couldn't have imagined something like hyperemesis gravidarum. I was hoping that I would never have to experience losing a child to miscarriage. And there have been other crosses we've been asked to carry that I couldn't have imagined and certainly wouldn't have asked for.

But in the midst of it all, I hold on to one thought. I remember, over and over again, that this life is so fleeting. In heaven, we won't be able to offer up anything but prayer and praise. We won't be able to offer up our sufferings. We only have this one chance to do that. By no means do I want suffering in my life. I don't seek it or desire it. But I also know that it is an unavoidable part of this world. The world tells us that it is meaningless. But Christ tells us that it is a means of love.

As Pope Benedict XVI famously said, “The world offers you comfort. But you were not made for comfort. You were made for greatness." In my lowest moments, I try to remember that. The world tells us that we're supposed to seek comfort, wealth, health, material goodness, etc. But that isn't what God tells us. "Take up your cross," He says, "and follow me."

And one day? One day there will be heaven. And then, this will all seem worth it. 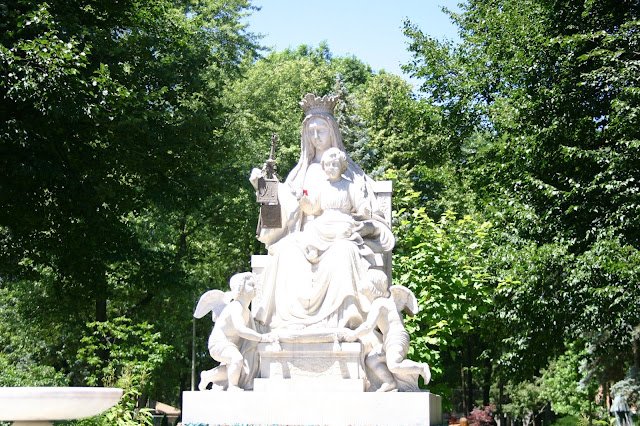 In the meantime, I fail, I struggle, I fall, and I keep begging for grace. It is always there. Because Love - actual Love made incarnate - is present in the cross. And we are never alone.

Take heart - you may not be failing after all. You may just be carrying your cross.

(By the way....I started a YouTube channel recently! You can watch it here.)
Email Post
Labels: Motherhood The Cross vocation