This Dying to Self Business

I'm in the middle of reading Jen Fulwiler's amazing new book, One Beautiful Dream. I  can't recommend it highly enough for other women, especially mothers. The book is the story of Jen finding the balance in her own life between her passions and the mission of her family. Usually when people talk about finding "balance" they mean something more like, "How can I pursue my dreams despite having these responsibilities?" Jen's take is that a wife and a mother following her passions can enrich her family's life and are integral to a family's thriving.

I've been struggling so much with frustration with my children. So, so much frustration, despite the fact that they are actually pretty good kids. My real frustration, though, is not with them. My real frustration is with myself. I went to Notre Dame for my bachelor's and master's degrees, and prior to that was a career overachiever. Old habits die hard. There may have been a period of my mothering when I was rocking the whole homemaking thing - cleaning our (tiny, at the time) house top to bottom, meal planning, and "homeschooling" my three and one year old. Now I have a seven year old, four (almost five) year old, and almost one year old. They are more important than the dusting and vacuuming, and I just don't have the energy that I once had. For the first time in my life, I have to gulp down coffee to keep my eyes open. 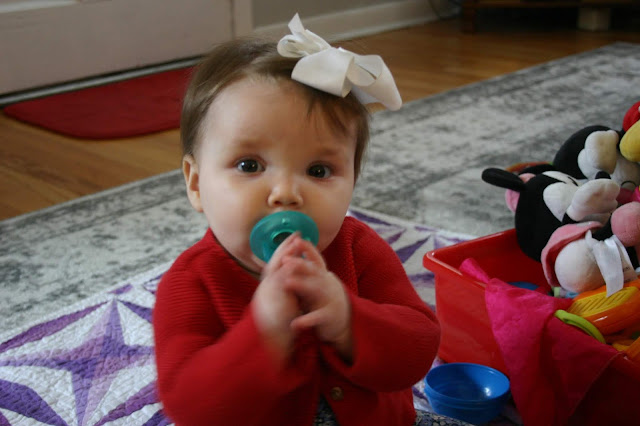 But this is combined with awe at this vocation. With a family history of infertility, I didn't know if I would ever be able to have children. I never dreamed I would be blessed with four little ones (including my Gabriel). Part of my current growth is in letting go of what I thought was important in favor of what is important. I'm trying to learn how to embrace the messes, not as a sign of my failure to clean but rather as a sign of hospitality to the three people who have entered our home in the last nine years. That means I don't have to have everything perfectly decluttered by the end of the day. Did I mention old habits die hard?

But there's more to it than that.

My life looks completely different than I imagined it would. It is infinitely better. For example, I never, in a million years, would have imagined that I would be married to a seminary professor and would travel the country for a slew of ordinations every year. I never imagined that I would be called to spiritual motherhood of priests and seminarians. I never would have imagined the extent to which I would take them each into my heart and prayers.

Befriending seminarians is kind of like falling in love with a baby in your womb. So many of them will not make it to ordination. If the formation and discernment process is done correctly, that is exactly as it should be. However, it is disappointing when you hear about guys discerning out of seminary, or being encouraged to move on. Like with a miscarried child, you have to trust that God has something else in mind and be okay with that. (Can you tell how much Gabriel has influenced my view of motherhood?) But despite the fact that so many of them will not make it to ordination, you are called to love them anyway. The challenge is to view them as real men, not just "seminarians" - men in need of prayer in their many difficulties and their painful growth. 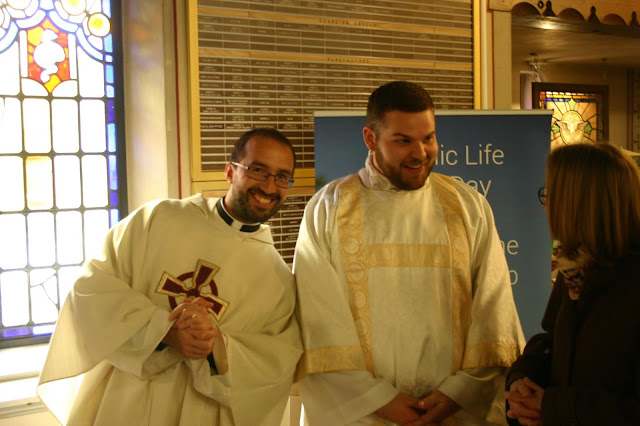 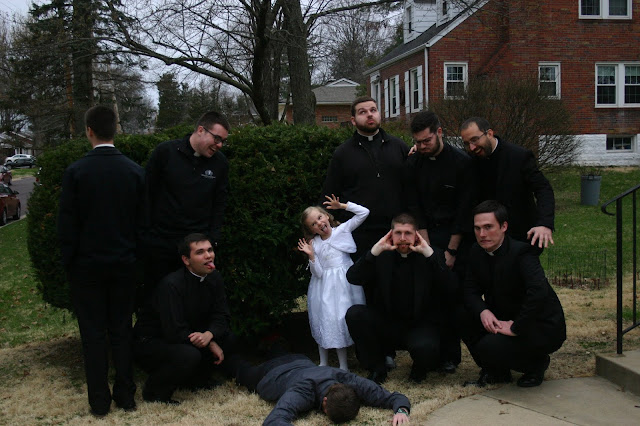 That being said, when a man does make it to ordination, the joy is like nothing else. There is such intense joy in seeing a man fully alive, living out his vocation.

I also never imagined that God would call me to be a writer and artist. I grew up thinking that I could never be either of those things. I can't get into all the reasons behind that, but I still am surprised that much of the income I bring in to the family is from paid writing work.

But then, there is also just the incredible growth pains that come with "getting over yourself." I feel like that's the best way to describe motherhood. A mother isn't supposed to "lose herself." She's supposed to become more fully herself. Unless a seed falls to the ground and dies, and all of that. It doesn't mean letting go of your dreams, but it does mean trusting that your dreams will now be lived out in the context of loving little people who demand everything of you.

I often tell friends, "I thought I was going to be called to religious life. But if I was a religious, I think that I would think that I was holy. Instead, what God called me to is actually making me holy because I realize that I am not holy."

I seriously feel like I could go to Confession every single day and not run out of things to say. It's not that I'm committing mortal sins left and right, but it's that I realize now how desperately I need God's grace to make it through the day.

I have an incredibly gentle confessor, a man who also knows our family well and can put my sins into context for me. I recently went to Confession, pouring out how incredibly frustrated I get with my family at times. He told me, "You are dying. This is a process of dying to self...and dying is painful." It was all I could do not to break into sobs when he said that. He got right to the heart of what makes this vocation painful. I am being forced to die to self. And it is so, so painful. The pain is not a sign that I am doing something wrong; it is a sign that I am doing something right. 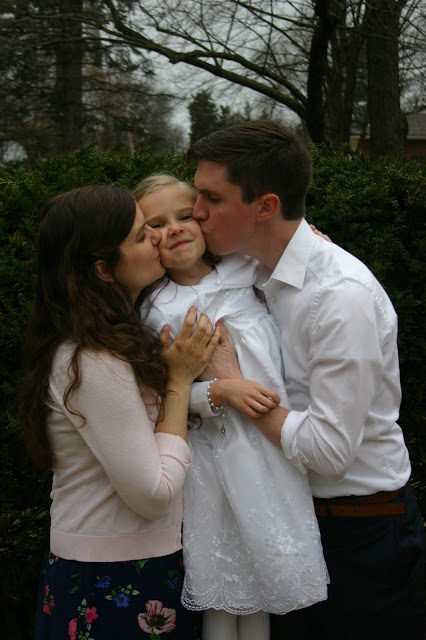 In the midst of that, sometimes I want to cry because I wonder, "But...do I matter? Who do I matter to?" I know that my husband and children love me, but I just yearn for the love of someone who has known me since the beginning, knows my struggles, and loves me. And then I remember...He loves me like that. He has seen the whole process. He knows my heart. And I matter infinitely to Him.

This doesn't mean that this isn't still incredibly hard. I still wish I had more time to write, or to do other work that I love, or...heck...even just more time to have a coherent thought without multiple little voices vying for attention. But remembering His love, and trusting in the friendship of the saints, I'm able to shift my perspective. This work matters. This dying to self matters.

And, in the end, it will be like how I feel at the end of pregnancy. Anyone following this blog knows how much suffering went into Zelie's pregnancy. Yet, once she was born, all that awful suffering from hyperemesis gravidarum just seemed like nothing. "Was that all I had to do to have this  person in my life? It was too little, too easy, in comparison to the honor and joy of having her in our family!" I remembered the suffering - the months in bed, the iron infusions, the IVs, the Zofran pump, the puking and dry heaving - but it just seemed like such a small price to pay in comparison to the incomparable goodness of her existence.

That is what heaven will be. This dying to self will seem like nothing, in comparison to the prize at the end.
Email Post
Labels: Motherhood spiritual motherhood vocation vocations