My Vocation is Nothing (and Everything)

When I was dating Andrew and in the midst of serious discernment about my future vocation, I remember receiving some truly beautiful consolations in prayer. They aren't really anything I can put into words, but they were moments of knowing in my heart that everything I believed was real. Even in the midst of the dryness and doubt I often feel, I can recall those moments of grace and find strength.

During that time, I remember meeting with my spiritual director and asking her, "What if God has something really special in mind for me?" In her wisdom, she told me to focus on just discerning where God was calling me and not on whether or not it was something really special or great. I had the hubris of a young twenty-something, though, and I envisioned a remarkable vocation, one that might even get me canonized?!

This August, Andrew and I will celebrate nine years of marriage. I can't even put into words how much I am still in love with him, and how that love looks so different that I could have imagined nine years ago.

But before I fell in love with him, I fell in love with Jesus. I stole away quiet moments with Jesus in the tabernacle, and he was so incredible lovable that I fell head over heels in love with him. As lovers would do anything for their beloved, I knew that I wanted to do anything for him, because he had already done everything for me. I imagined that that might be a call to religious life, or to a great work of ministry, or maybe even to a remarkably holy family life - one where we would pray all of the liturgy of hours together and talk about God constantly. 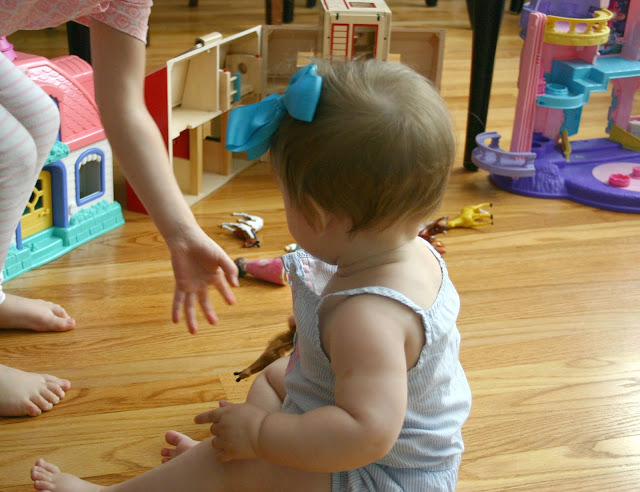 It really shouldn't have surprised me, though. For goodness sake, when God became incarnate he spent a full thirty years of his life just living in a family and doing mundane things. And I'm sure that the Holy Family didn't just sit around in contemplation all day. There was cooking/cleaning/carpentry to do! There was playing to do! There were diapers to change! There were poop jokes to tell! (Kidding. Well, kinda. There isn't really anything sinful about a good poop joke, after all.)

Even in a monastery, nuns and monks don't just pray all day. They spend most of their day doing ordinary things.  And as much as I find inspiration from their way of life, they find inspiration from mine. I was recently at a reception for a new deacon and was talking to him about his sister (who is about to take her temporary vows in a cloistered order). I was telling him about my domestic monastery theory, and of the hilarity of seeing a monastic schedule as a teenager and thinking, "Oh, wow...no way I would want to have to wake up in the middle of the night every night!" Of course, that's exactly what is required of my current vocation. He laughed and said, "Yeah, actually [my sister] said that that's what their Mother Superior tells them when they have to wake up in the middle of the night for prayer. 'It's like waking up with a baby,' she tells them."

Last weekend, we went to a diaconate ordination in Kansas City (Kansas side) and Archbishop Naumann gave such an incredible homily. Part of his homily was a reflection on the vow of celibacy, and what these men were giving up. Instead of focusing on how holy celibate life is, he focused heavily on how holy and important the vocation to Christian marriage is. His point was to highlight that celibate life wasn't about rejecting a less holy way of life. It was choosing to sacrifice an incredible, incredible good - the vocation to marriage. I can't remember his exact words, but I can tell you that I stood in the back of that church (pacing with a baby I was trying to keep asleep) and suddenly felt that what I was doing mattered.

Earlier this week, Andrew was out of town for a conference. While he was gone, I hunkered down and just stuck to the basics of making sure that everyone (literally) survived every day. (If anyone has ever had a newly mobile, highly curious baby in the house, you know what I'm talking about.) I'm the social media manager for one of the offices of our Archdiocese and I also had book promotion work to do, but those two "jobs" took around an hour and a half a day max. The other twenty-two and a half hours of the day (actually, twenty-four, because I was watching the girls while I was working, too) was spent doing the tasks of motherhood. One of my days started with putting a child in time out and having her shout repeatedly at me, "You are a bad mommy! Bad mommy! BAD MOMMY!" I was near tears, and that kind of set the tone for the rest of the day. I was exhausted and in an awful mood. And while the same child did later come and hug and kiss me and tell me, "You're a good mommy!" I was in a funk all day. While I was prepping food, checking math worksheets, rocking a baby to sleep, etc. etc. I just felt incredibly grumpy. My biggest struggle of the day was battling my own bad mood and trying not to take it out on my children. They were just fine. Their mommy, though, was a hot mess. 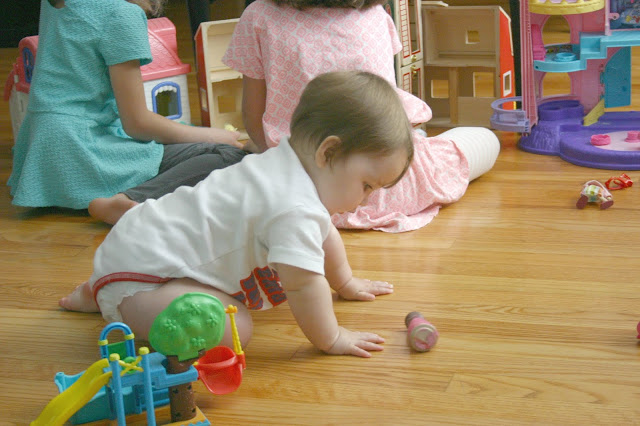 There are days when I am just in awe of my vocation and so happy to be where I am. I genuinely love my daughters. I've worked a lot of different jobs over the years, and I have never liked a job as much I like the job of being their mother. There is nothing else I would rather do. That being said, it's a process of dying to myself over and over again and sometimes I just want a break. Sometimes I want to feel holy. But holiness really isn't about feelings. And the way to sainthood is through the ordinary, mundane moments. Jesus spent 1/11 of his life in public ministry, and 10/11 in ordinary family life. I can't even claim spending 10/11 of my life just doing ordinary, mundane things. I haven't even come close to that level of commitment to the "ordinary."

But that ordinary nothingness is exactly what a holy vocation looks like. It doesn't look like greatness and glory. It looks like cleaning crumbs off the floor for the millionth time and scraping crust out of the corners of the high chair for the hundredth time. It looks like choosing to live the ordinary life for the sake of love.

This vocation is so, so much harder than I could ever have imagined. But do you know what? God really was calling me to something special. Because to Him, the little things are the most special.
Email Post
Labels: marriage Motherhood vocation