Healing With Tolstoy, Agnes, and My Vocation

The other day I got a call from the owner of our puppy's mother. She was checking up on Agnes, and trying to make sure that she was doing well in her new home.

"So? How's it going? Is she everything you hoped she would be?!"

"How are your girls doing with her? I know they were very dog shy. I was telling my friend how they were climbing on you like little chimpanzees!" (Note: this is not an exaggeration.)

"Oh, they love her! She's so sweet and gentle with them, and she puts up with just about anything!" 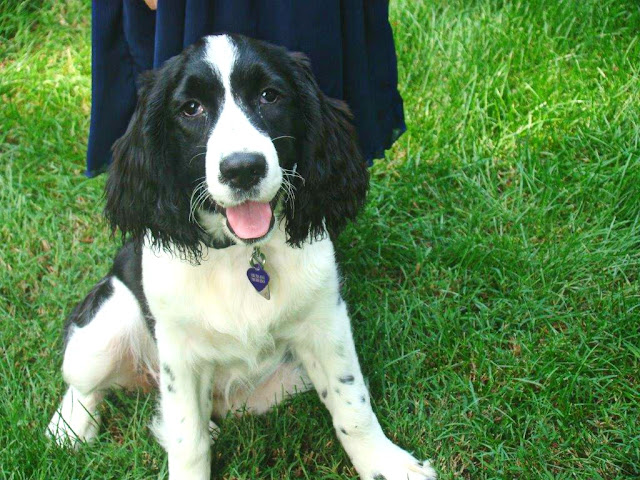 Apparently, all of Aggie's litter mates (and Agnes) have a pronounced gift for sensing what is broken or needy and trying to fix it. Agnes's previous owner went on to regale me with story after story of the other puppies in the litter and how they each were remarkably gentle and intuitive. "I've never had a litter like this before," she said. "They are all so intuitive."

As she described this, I almost started crying. There was an aspect of Agnes's story that I didn't want to share on the phone with her previous owner, but as I was talking to her all I could think about was the way this little puppy has been healing my own heart. Aside from helping me overcome my own latent fear of dogs, she's been a tremendous comfort for my heart that is still, very much, grieving and in need of healing.

Initially, I think that having a new puppy made me feel worse...almost like God was offering her to me as a replacement. Of course He wasn't doing that, but it initially felt like God was like, "Oh, I'm going to take your baby away, but...here. Here's a puppy instead."

Then, recently, I realized that what He was actually saying was, "Oh, Michele. I'm so sorry you lost your Gabriel. Here's a puppy to help console you."

That's my Agnes. She seeks me out when I sound stressed or sad, and she lets us all smother her to bits and pieces. 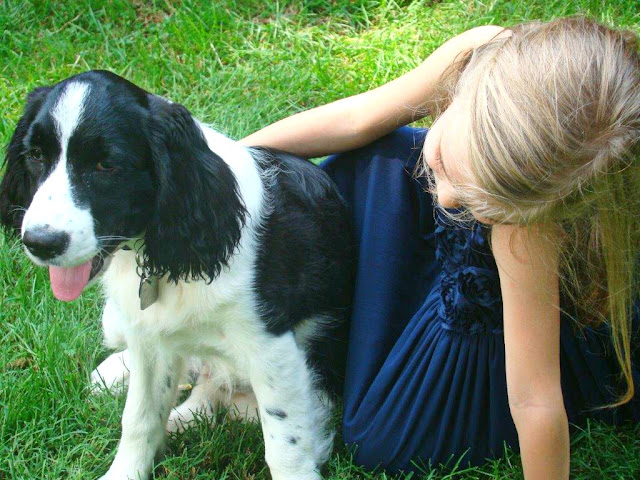 What really amazes me, though, is how much losing Gabriel has focused life for me. I recently joined a Well Read Mom group, and we met for the first time the other night to discuss The Death of Ivan Ilych. First of all, I'm embarrassed to admit that it's the first work of Tolstoy that I've read beginning to end. (Although, I am slowly but surely working my way through Anna Karenina, which is basically like a Russian Downton Abbey. At least, that's how I picture it in my head.) Anyway, I don't know how I made it through the first three decades of my life without reading that book, but I found it incredibly healing. The title is pretty self-explanatory - the book is about the slow but dramatic demise of Ivan Ilych and (spoilers!) his eventual conversion.

This week, one of my very dear friends found out that his mother was diagnosed with terminal cancer. My whole heart ached for him, and I felt that same old feeling of fear that always come when we're near to someone dying. Is death coming for me next?

This book was a beautiful remedy to that fear - a reminder that fear of death is normal, but not necessary. What's necessary is looking at how we live life. 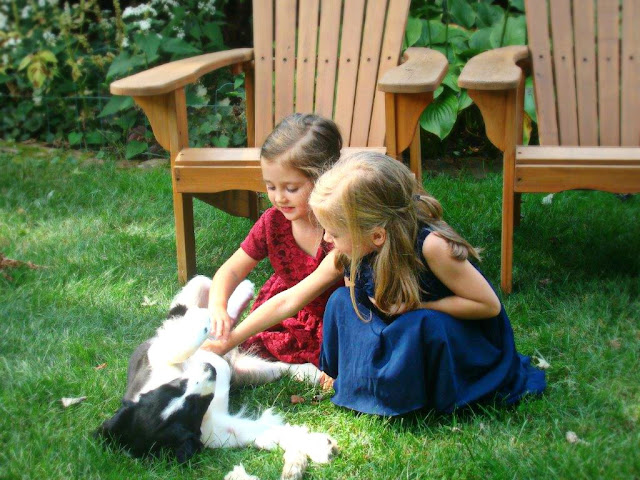 In our Well Read Mom discussion group, I shared how Gabriel has changed the way I view heaven. Whenever I begin to doubt, I think of him. And suddenly, life takes on a very different meaning for me. Before Gabriel's death, it was easy to go about my life, trying to hide from the reality of death (which is what Ivan does for much of the book). But now, knowing that I have this tremendous hope of Gabriel already being in heaven...it has changed everything. I have always longed for heaven to some degree, but now heaven is more real. A member of my tiny, immediate family is already there, waiting for the other four members of his family. I have this image of all five of us being reunited some day, and I image what a joyous reunion that will be. I imagine that he's praying for the four of us, still mourning and weeping in this valley of tears. And I realize that...heaven is real. Something deep inside of me - even in moments of incredible fear and doubt - somehow knows that in a way I didn't know before.

Throughout my life, I feel like God has sent various opportunities my way to overcome fear. Too many of those are too personal to share on this blog, but I will say that many, many of those opportunities have come through my vocation. With each time that I've faced a fear (and as someone with a history of anxiety and depression, more scares me than you would probably think) it's been a little practice for death. It's been an opportunity to let go of control, to cross a threshold I was fearful of crossing. Childbirth. Miscarriage. Surgery. Marriage. Even dog ownership. Each threshold, little and small have been an opportunity to grow in trust. I'm convinced that my purgatory will basically consist in God asking me, over and over again, "Do you completely trust me?" To try to shorten the length of my stay in purgatory, He's lovingly given me this vocation, which continues to mold, strengthen, and stretch me in ways that only this particular vocation could. 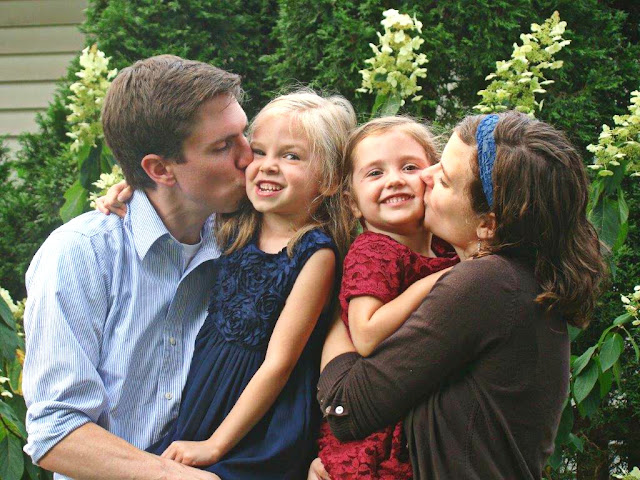 The other day was so hard. I was struggling a lot with depression (which might even be some latent post-partum depression from Gabriel, given the stage that I'm at post-partum with him). My second born was being more of a handful than usual. Agnes was trying to eat all the toys in the house. I just felt so exhausted, so weak, and so spent.

That day was our seminary day, the day we get to go to Mass and lunch with Andrew every week. I was trying not to cry too much during Mass. On top of everything else, it was the optional feast of Blessed Marie Rose Durocher, who I know next to nothing about, but who is labelled in the Missal as "virgin." Normally, I'm like, "Lovely! She's a religious, and I'm a wife and a mother and both of our vocations are beautiful." Not that day, though. As we went up to receive Communion, the choir sang the Communion antiphon,

"The wise virgin has chosen the better part, and it will not be taken from her."

What's my vocation?! I thought. Lord, I've given up my life to follow you in this vocation...this vocation with so much suffering. Isn't this good enough? Haven't I chosen the better part? If I haven't...what's the point.

Then, holding back tears, I listened to the antiphon again.

"The wise virgin has chosen the better part, and it will not be taken from her."

I realized that the antiphon applied to me in a way I hadn't previously considered.

As a young, unmarried woman, I had offered myself to God. I had prayed to know my vocation. God had made it abundantly clear what He had asked of me, with all it's possible facing of fears and sufferings. And I had chosen to say yes. I had chosen the better part.

I looked down at my Maria, as she walked beside me in the Communion line. I was conscious of my little Therese walking behind me, beside her daddy. And I thought of our sweet Gabriel.

Had I not given God my yes, had I not confronted fear, had I not been willing to die so many little deaths (and even embrace the death of my third child)...these three little ones would not exist.

My vocation matters. It infinitely matters.

St. Zelie Martin, who lost a number of children herself, said it best. One of my dearest, oldest friends gave me this lovely print the other day to remind me of that: 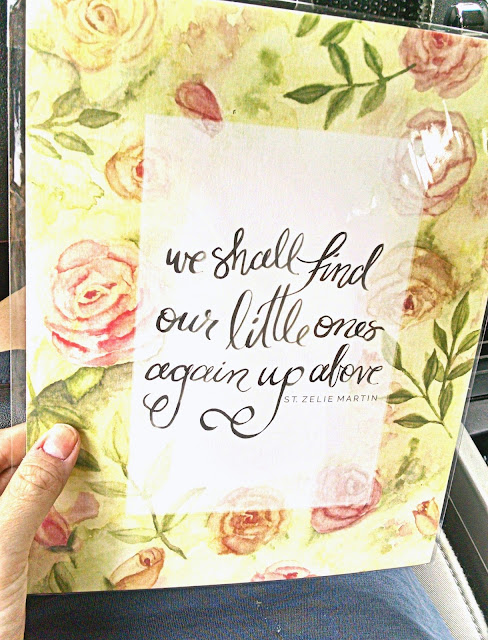 October is Pregnancy and Infant Loss Awareness month. Don't be afraid to reach out to a grieving mother! Thank you to all those who have loved me and my Gabriel.