Remembering Who You Are (Even After Becoming a Mother)

Andrew kicked me out of the house this afternoon to go for a walk in the woods. I didn't realize how much I needed it until I did. 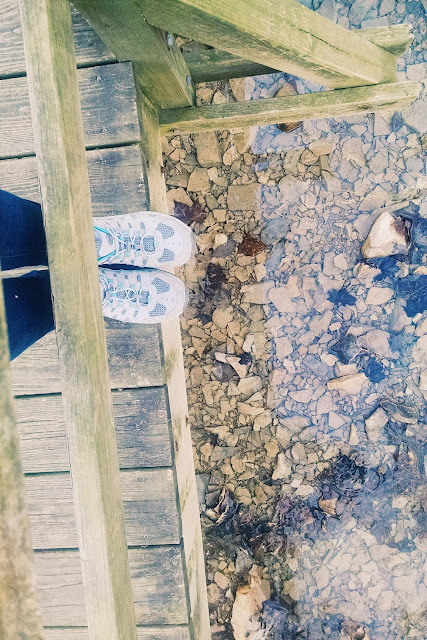 The path I chose was a familiar one. I'd walked it countless times in the four and a half years that we've lived here. (In fact, it was the very trail that I'm fairly sure put me into labor with our youngest.) Today was incredibly, unseasonably warm (even for down here), and I hiked in short sleeves, soaking in the sunlight.

I had so many things on my mind today (I only seem to have more and more opportunities to trust God in the face of so much uncertainty). I try to spend time in adoration or at Mass by myself at least once a week, but this afternoon, I really needed to just be moving. Moving, thinking, and mentally praying.

I was so consoled by the sights and sounds and smells of the woods. It wasn't just the fact that I was out in nature on a beautiful day. It was the specific smells, sounds, etc. and how they triggered memories - memories of all that's led me to the woman that I am as I sit here and write this. 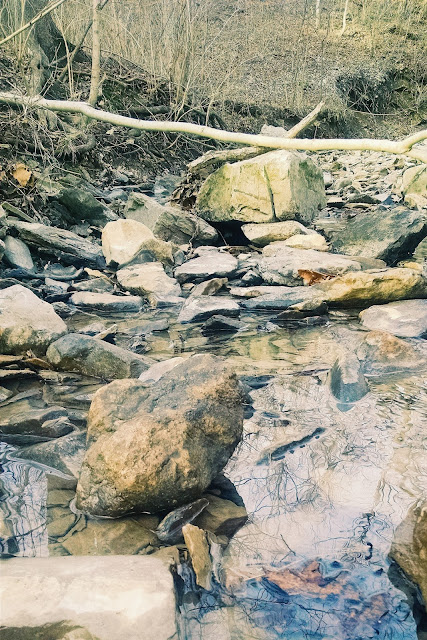 I was in track and field in high school. The first month or so of practice was inevitably held indoors (I went to high school in Michigan, and practice started in January). But I remember those first few practices held outdoors, and those early track meets. The air was warm at first, but chilly the longer you stayed out in it. When I'd run, rapidly inhaling the cool air would make my chest ache. To this day, whenever I feel that sensation, I feel as if I could close my eyes and open them and be back there.

Feeling that sensation today reminded me of the girl I was in high school. It probably doesn't surprise you to hear that I was no wild girl in high school. I was steady and level headed. But it was also during my high school years that I fell more deeply in love with God, where I began to seek out time alone with him in the Eucharist. It was during this time that I began to understand what it meant, when I heard people talk about vocation. It was during that time that I began to understand how to take time in silent prayer, to discern my own vocation.

The campus of Notre Dame is stunningly gorgeous. It was during my time there that I learned the art and beauty of solitude. I had some amazing friends at Notre Dame, and feel so blessed by the men and women who came into my life during that time. But part of what formed me during that time was learning the importance of seeking and finding ways to be alone. When I was still a newly minted freshman, overwhelmed by being surrounded by strangers all day, every day, I went for a walk by myself and discovered a beautiful cross nestled in the woods around the lake on campus. That spot saved me. It grounded me. When I found that spot, I knew that I would be alright. 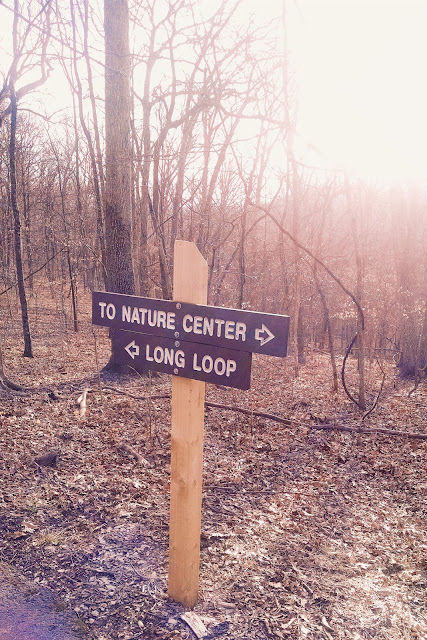 Where am I going with this? I don't know what your walk in the woods is, but whatever it is - find it. Find what reminds you who you are. 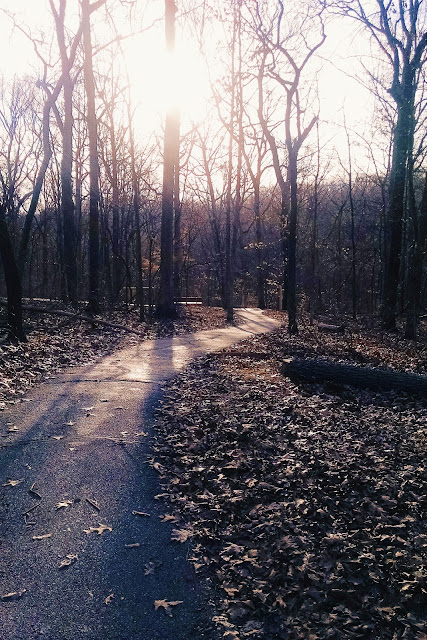 A lot of mothers feel guilty taking time to do this. They feel like it's selfish. I'm raising my hand here...guilty as charged. I almost took the girls to the park instead of taking my husband's (very wise) advice.

You are the woman your children need. They don't need you to be anything other than yourself. 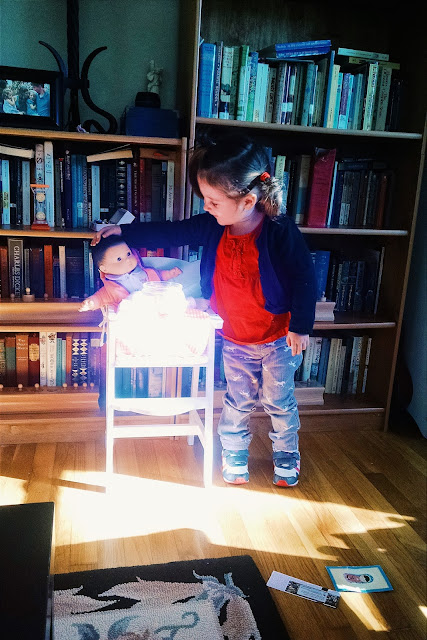 (And do you see those {pretty} bookshelves up there?)