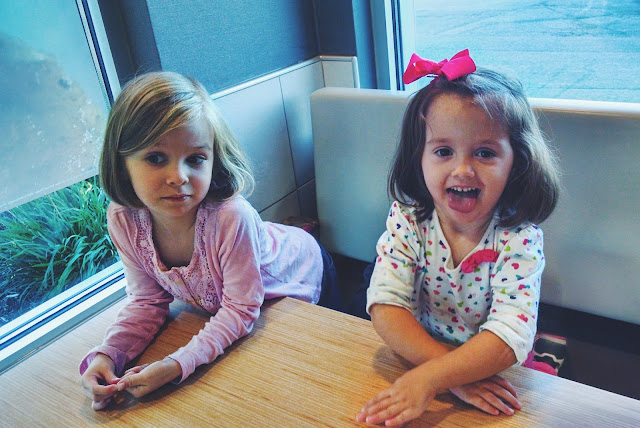 Yesterday was the feast of St. Teresa of Avila, and we did our usual Thursday Mass and lunch as a family. Our youngest was most definitely and fully herself.

I never cease to be amazed by how different each child is. Our toddler is anything but mellow. She is passionate about everything. This does work in her favor at times, other times it is downright hilarious, but other times...it is frustrating. And it is humbling.

Yesterday's Mass was one of the latter - humbling to the core. My little sweetheart was in fine form, to say the least.

That kind of thing used to bother me alot, but the more I hear about the lives of the saints, the more reassured I am. Some of the Church's best saints were absolute stinkers as children. St. Teresa of Avila was such a handful as a teen, that her dad shipped her off to a convent. St. Therese of Lisieux used to (as a toddler) stop at each step on her way down the stairs and yell, "Mama!!!"

But this zest for life, this passion and stubbornness - they were powerful traits when used for good. Some saints were devout as children, but the vast majority is not. God's time is not our time.

If your child is a downright handful, don't despair. A strong will can be used for good, and your child may become a saint yet.

Holiness is not something that can be imposed on a child by her parents. It is a grace. We are called to do our part as parents, but ultimately it is up to the child to decide to work with God's grace.

That being said, many saints took years to reach that point.
Email Post
Labels: 31 days Communion of Saints sainthood vocation