A Blessed Brunch and A New Episode!

On Saturday, I had the delight to attend and help host a Blessed Brunch. It was absolutely lovely! 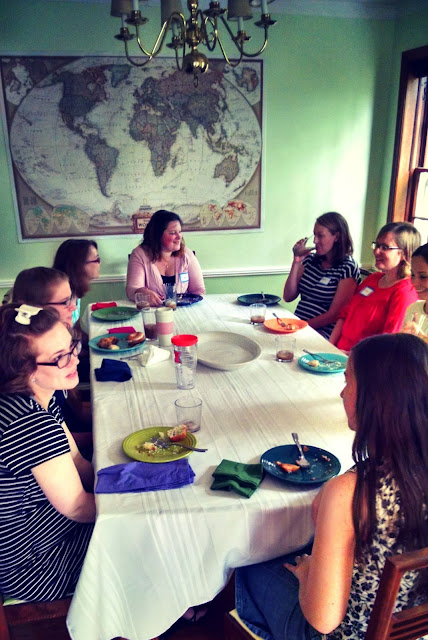 Part of what made it so lovely was that my co-host has a beautiful, old home. It was just delightful, and it set just the right tone for the brunch!

I already knew some of the attendees before the brunch, but there were many who I had never met before. Some of us were married, some of us were single, some had children, some had lost children. It was such a mixed group! All we had in common was our hungry bellies, femininity, and Catholicism.

That, apparently, was more than enough. 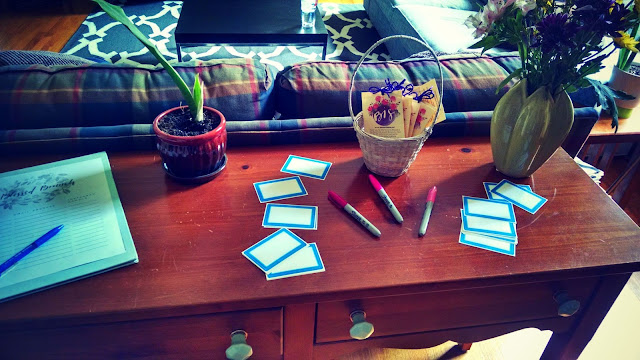 I'm what Amy would call an introverted extrovert, so I can definitely mingle with others, but it's not typically an activity I choose. I was nervous going in to the brunch (although, Maria did tag along, which made me slightly less nervous). I think that's a perfectly natural feeling - apprehension before meeting a new group of people.

But there was something about this group that left me with such a good feeling. Coming together on the premise of our faith and feminine nature was more than enough to bond. There wasn't a single person there who I wouldn't have like to sat down and had a long conversation with. The women there were interesting, and I especially enjoyed getting to know people whose life experiences were very different than my own. One of the women there was in the process of discerning a call to religious life. Some of the women didn't have any children, or any surviving children. Some had far more children than I have. But, in some way, it didn't matter. We sat at the table together and we were one. Just like that. 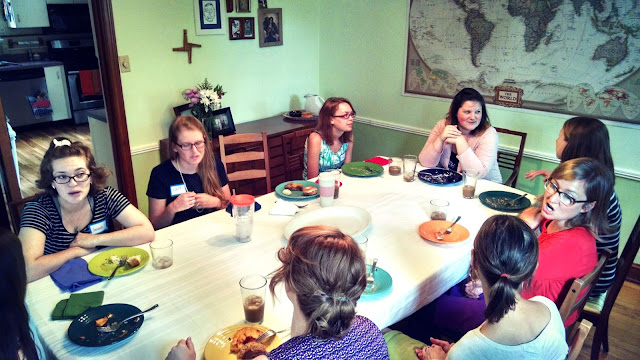 It might sound dramatic, but it really felt like a little taste of heaven. Sometimes, when you get a group of women together, cattiness or cliquishness happens. There was none of that here. There was just a peace, a calm, and openness to getting to know each other.

I think a lot of that was due to my co-host Kate, who is just one of the gentlest, kindest spirits I have ever met. I am so grateful to her for taking on this project, and for inviting me to be a part of it! 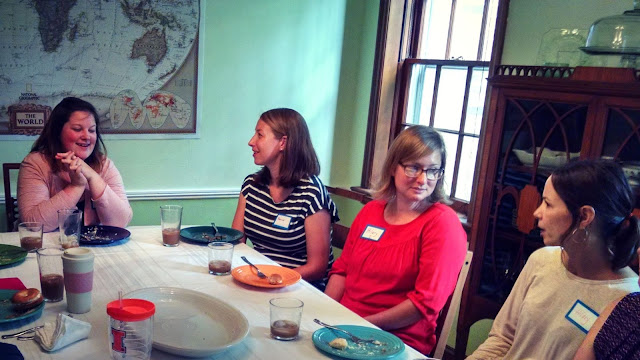 All of this is to say - if there is a Blessed Brunch near you -  go to it! I promise you won't regret it. I wish we had a weekly one!

On a completely different note, the latest episode of Little House Mothering is now live! This week, Amy and I talk about messy houses vs. clean houses, and Amy has a guilty confession to make. You won't want to miss this one! There's something for everyone in it!