Rosaries are {Perfect} for Teething...BIG News! 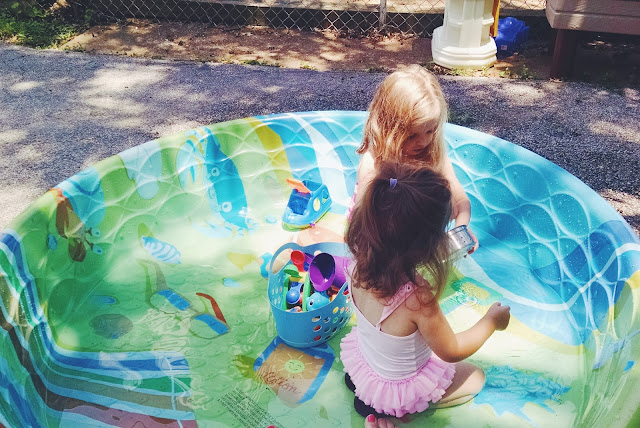 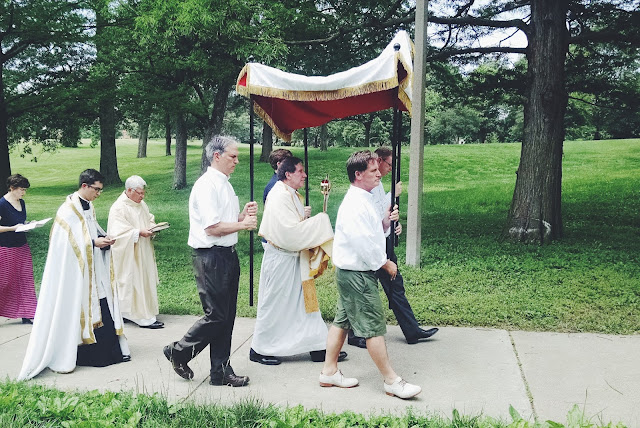 Splashing in kiddie pools and Corpus Christi processions. What's not to love about June??

Our school year ended up being busier than I could have ever planned for, which really is a whole post in itself. Both girls ended up having speech and PT, and there was Catechesis of the Good Shepherd, and time at the seminary, and zero time to see friends. It was overwhelming. We were exactly where we needed to be, and the girls were (and are) blessed with teachers who have helped them to thrive. But our routine was nothing like what I'd imagined for our family. It was so busy! But the things were were signed up for weren't optional - they were necessary if we wanted our girls to be able to communicate and grow in physical strength. I came to see, in time, that I needed to just accept that this was the path that God wanted us to be on right now, and that that was okay.

(The girls have very, very minor, temporary things they're working on in their therapies. I don't want to give the impression that this is a more serious issue than it is. It's been a learning experience for us all. They both have some similar issues in terms of fallen arches and hyperflexible joints and whatnot, but they are both doing fabulously in their classes and are catching up and excelling! Seeing how much they have both grown in confidence has made it all worth it. I am more proud of them than I could ever say! They are such hard workers, and so determined.) 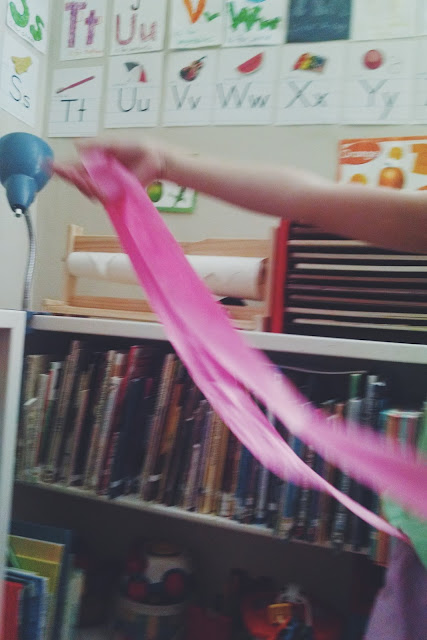 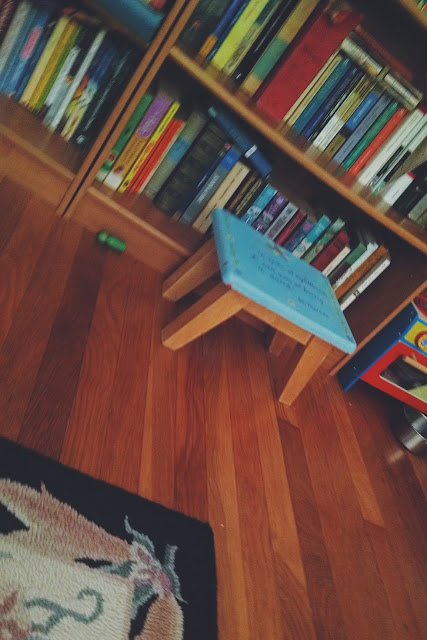 These are just two of the many pictures that Maria left on my phone the other day. Maybe she's pondering a career in photography? I think she can do whatever she feels called to do/sets her mind to. 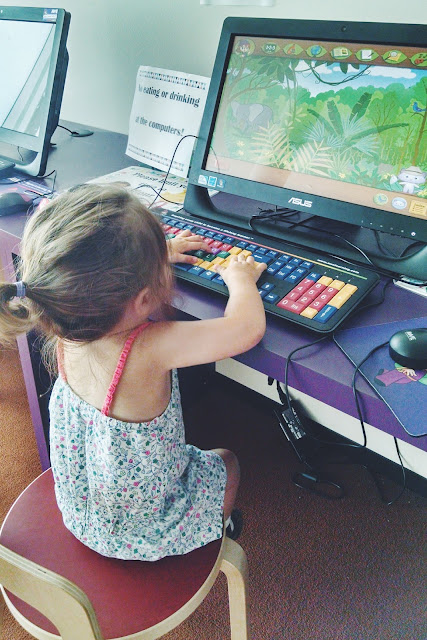 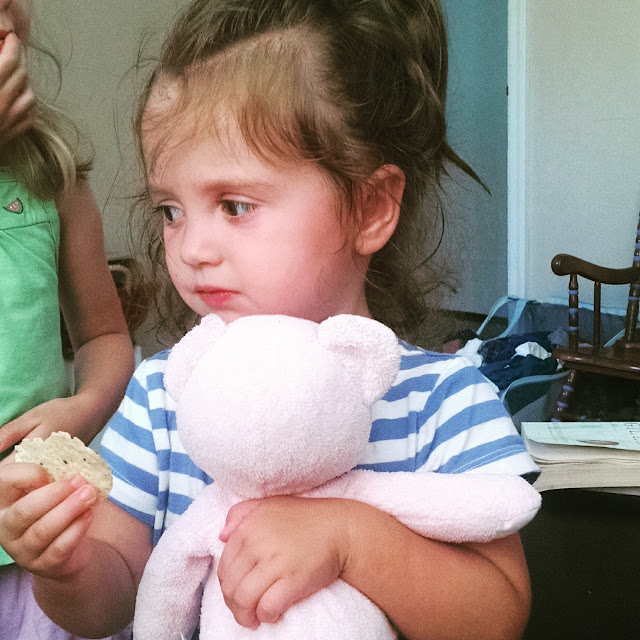 So long as no one takes her precious "Bahy-yer!" from her, of course. Have bear, will travel. 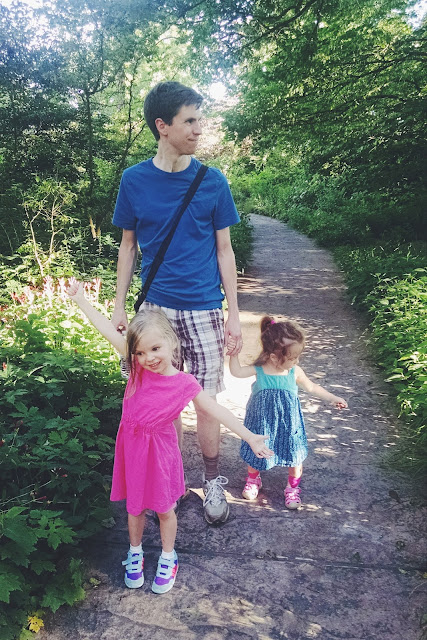 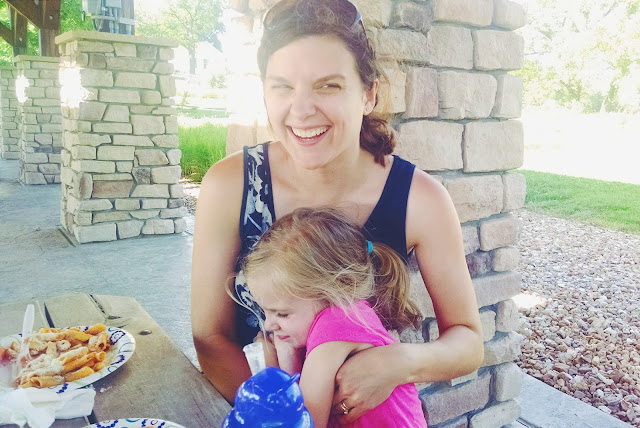 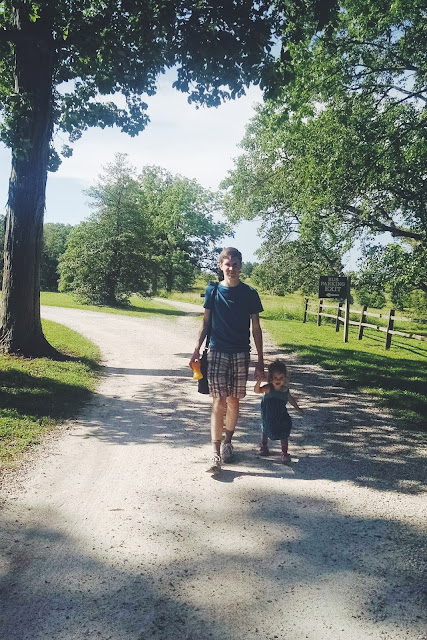 Andrew suggested having a picnic dinner out at the nature reserve on Monday. It was so lovely! 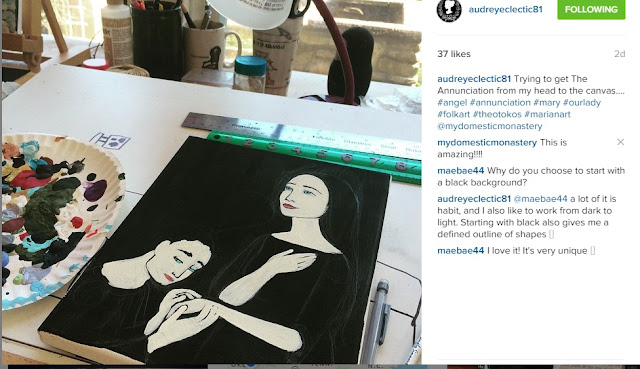 Buuuuut....did I also tell you that I found an illustrator for the book?!

The wonderful Heather of Audrey Eclectic has graciously agreed to team up with me on the project! Many of you probably know Heather's beautiful religious art, and I can't even begin to put into words how excited I am to see how her illustrations for the book turn out!

I'll be leaking more and more info to you in the next few months, but right now I can tell you that we'll be releasing the book in October (the month of the Rosary), which means it will be available in plenty of time for Christmas presents!

In the meantime, be sure to follow Heather on Instagram for more lovely updates on her progress! (The picture above is a sneak peak at her picture for the Annunciation!)