It's Infertility Awareness Week. Jenny is running a great series in honor of it. In a way, this week is a relief, because it reminds me that we aren't alone in our struggles with subfertility. In fact, I feel blessed when I realize things could be much, much more difficult. 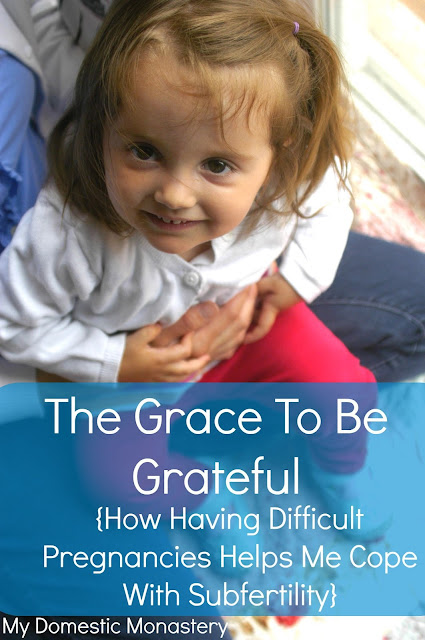 The girls and I visited dear Amy and her adorable boys last week, and Amy was generous enough to do a photo shoot of the girls and me. But first! I don't think I've shared these beautiful little quilts with you! We used them in the photo shoot. The first one is Maria's and the second one is Therese's. I may need to go back and quilt Therese's more at some point, but she tends to like bulkier blankets, anyway. I just had to get it done, because her previous blanket was ripping! I love how Maria's quilting turned out! I'm working on a throw quilt for Andrew's office right now, and I'm hoping the quilting will be plentiful on that one, too. (If you love quilting, you must check out Amy's quilting blog as well as her newly released book!) 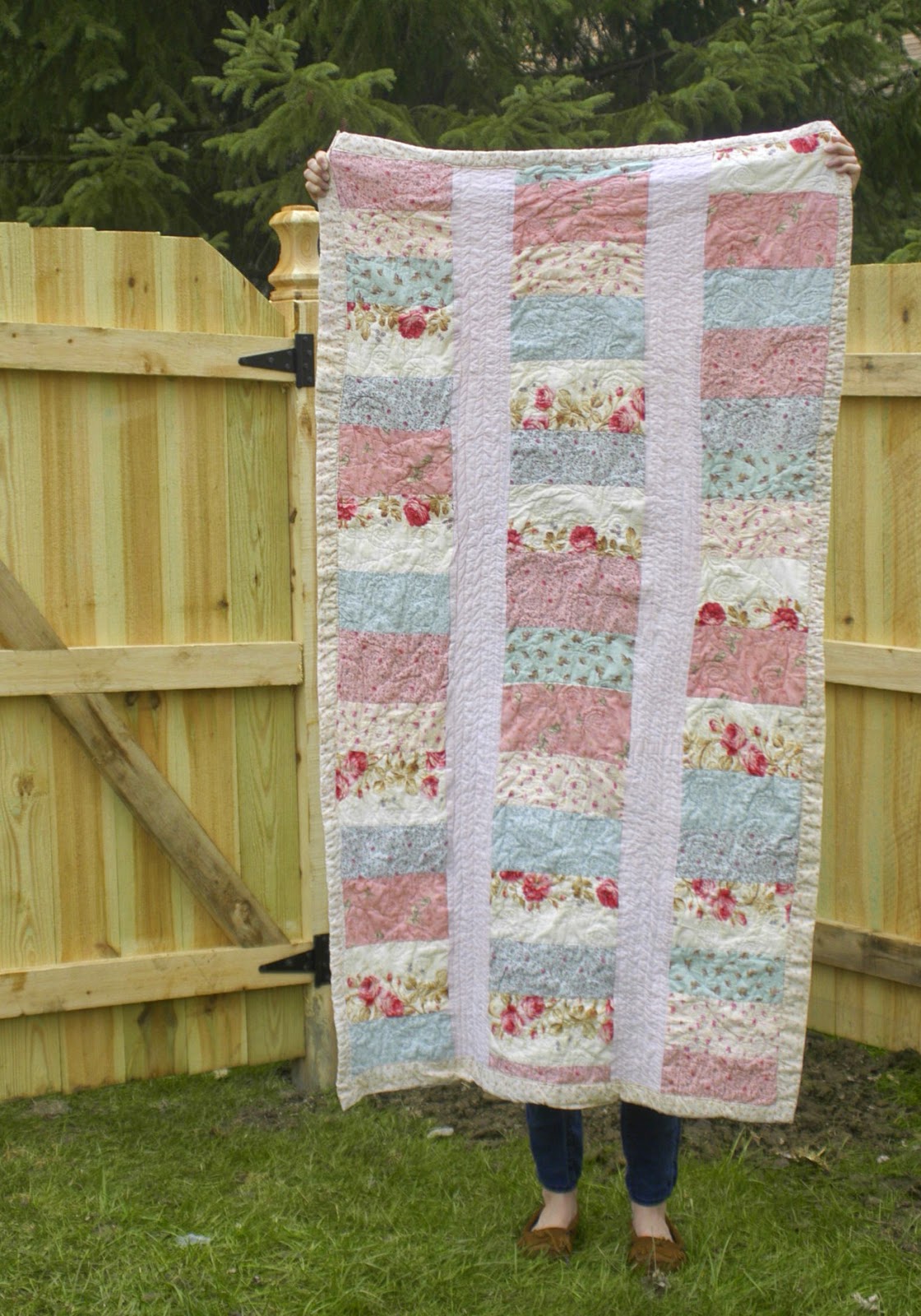 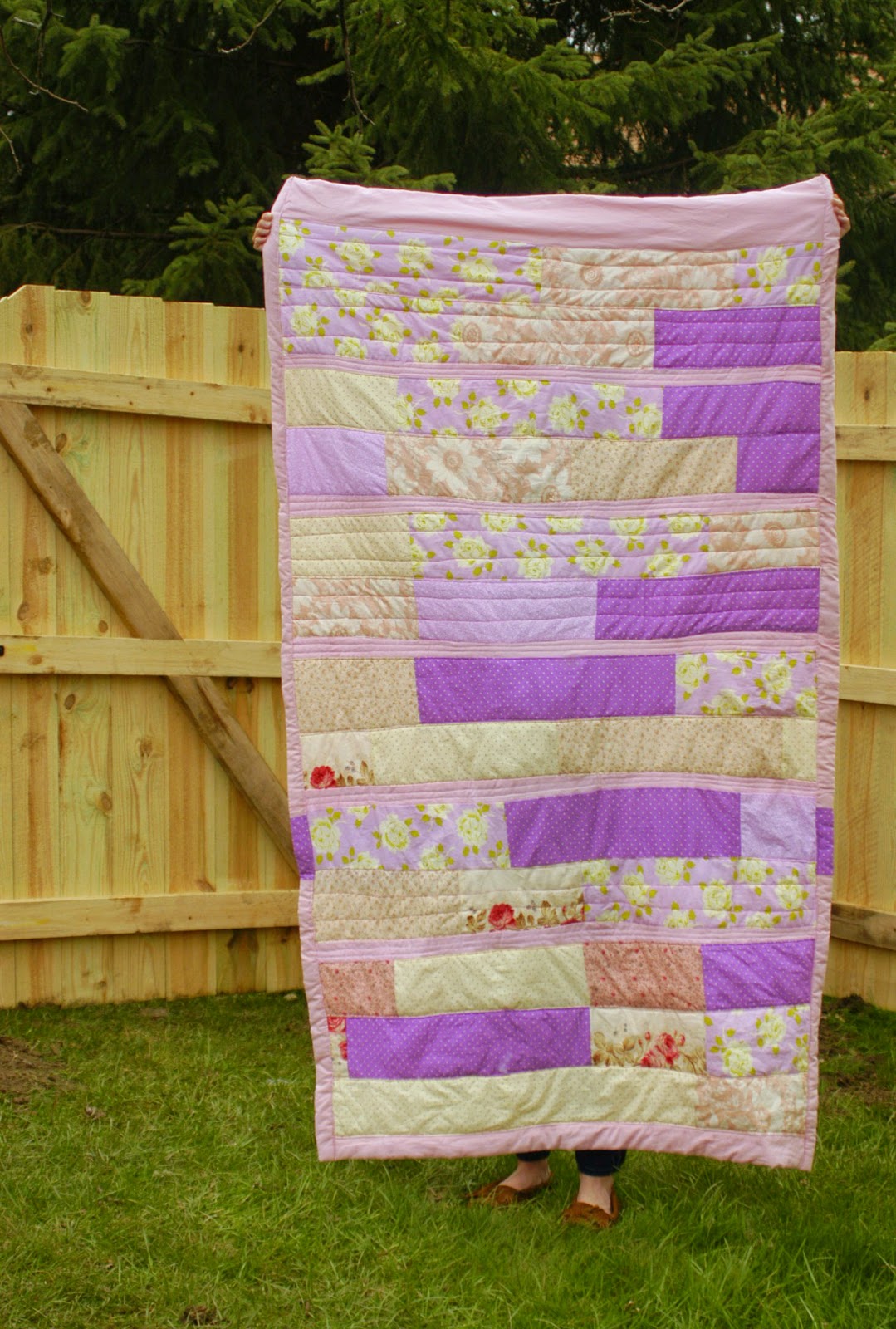 When we got married, I wasn't sure if we would be able to have children. My parents had battled infertility for many years before being blessed with my twin sister and me. Since these things are usually genetic, I figured that biological children wouldn't be a given for us. But I hoped and prayed we would be blessed with babies! Only six (seemingly long!) months into our marriage, we were blessed with Therese. 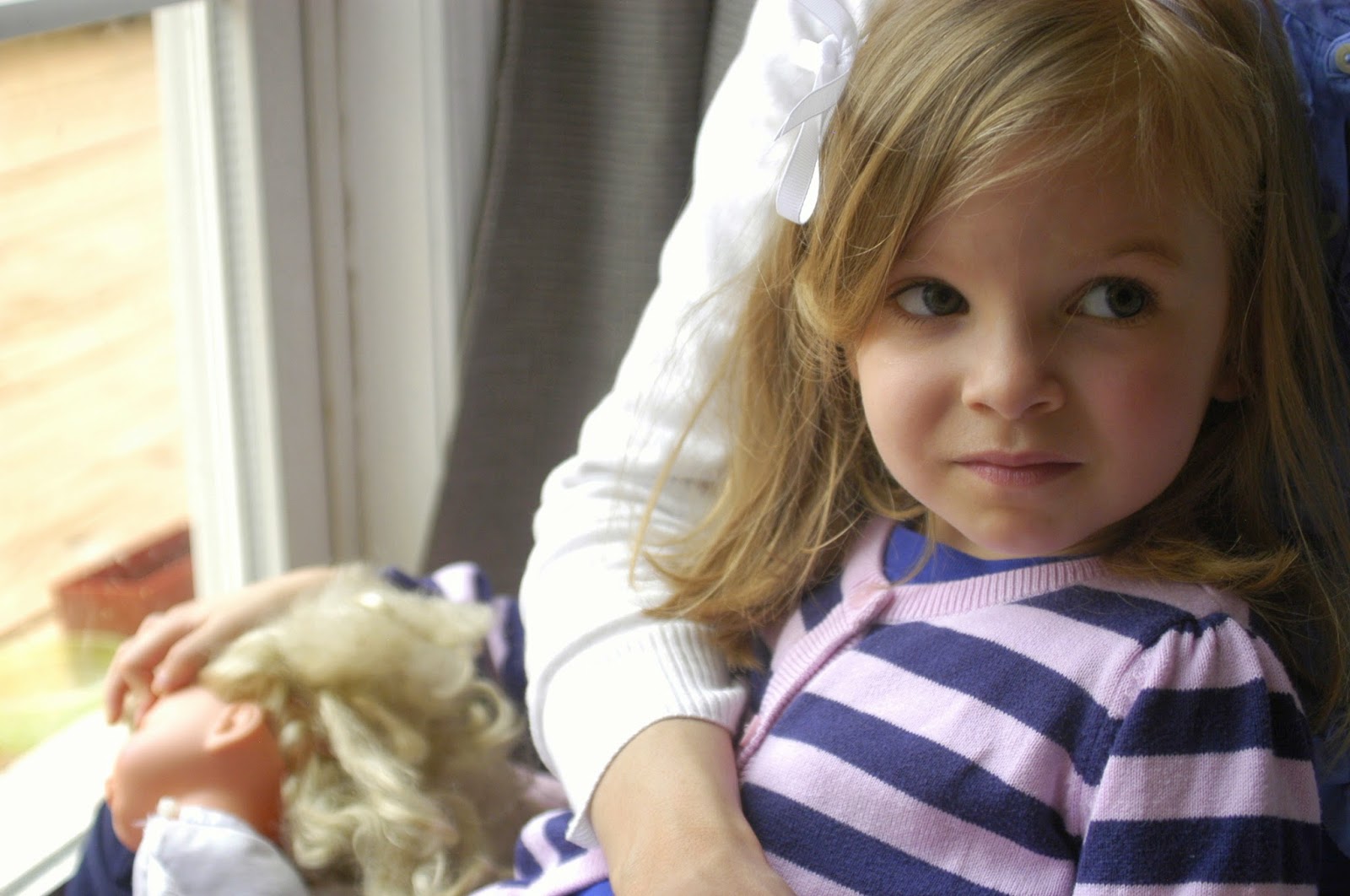 When Therese was about 6 months old, we were once again open to pregnancy (I mean, even when we're trying to postpone pregnancy, we're always open to life, but we were being more intentional about it). After a year and half - including a diagnosis of mild PCOS (polycystic ovarian syndrome) and medication to help treat that, we were blessed with our little Maria. 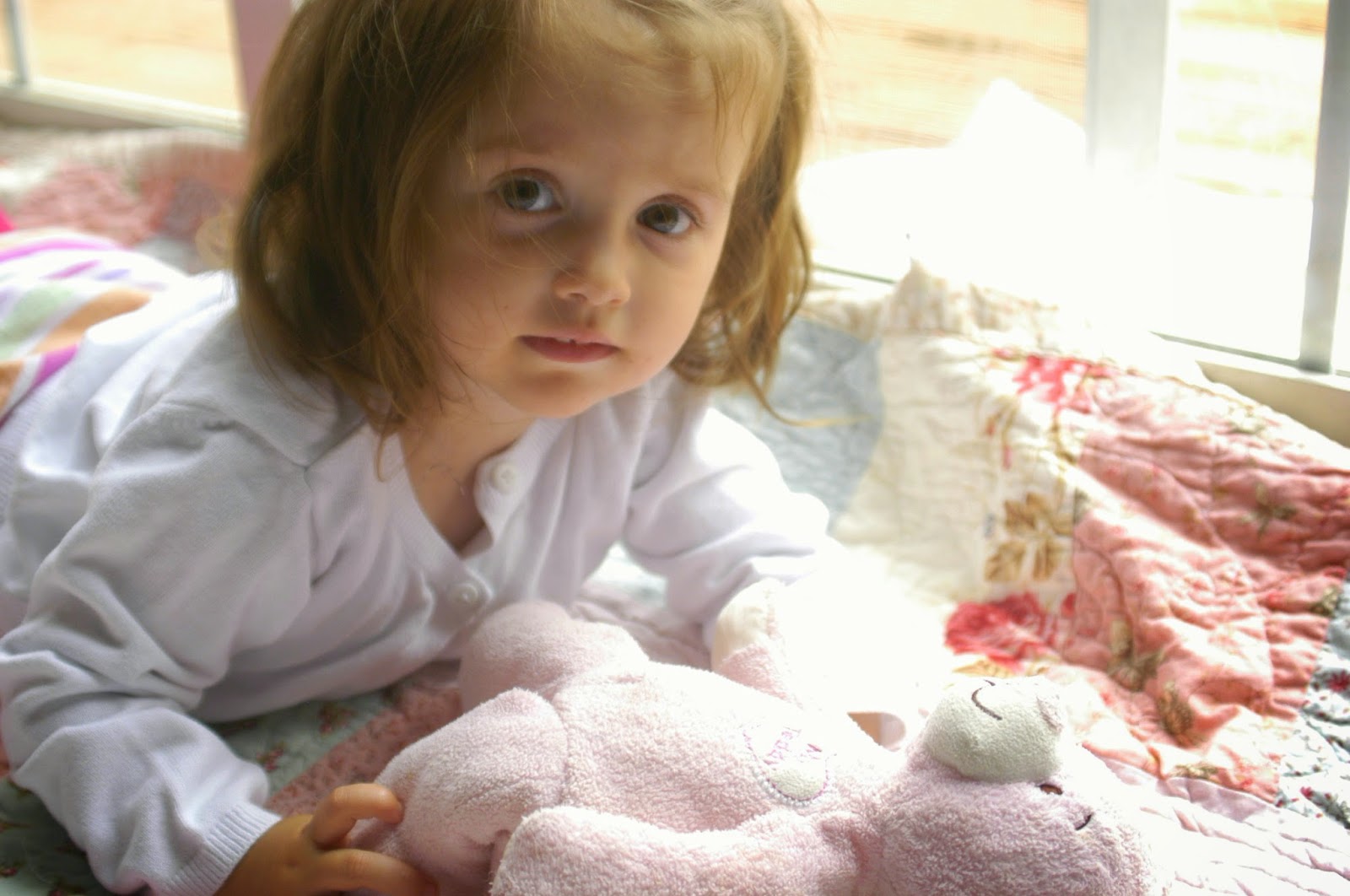 And now, again, we've been open to another pregnancy for a while. We are definitely hoping to have more children! Yet, again, it seems as if we may have a bit of a journey ahead of us. 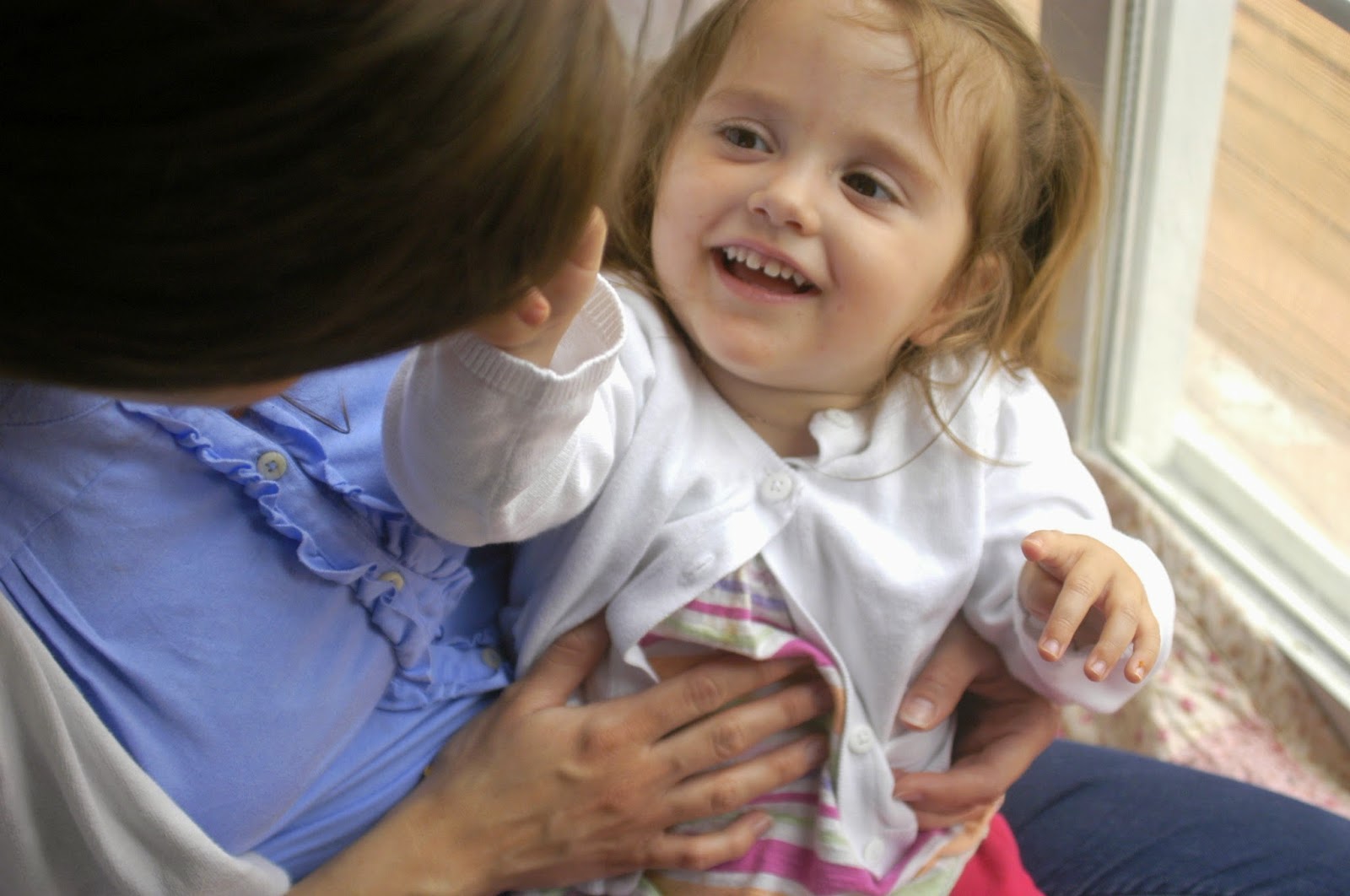 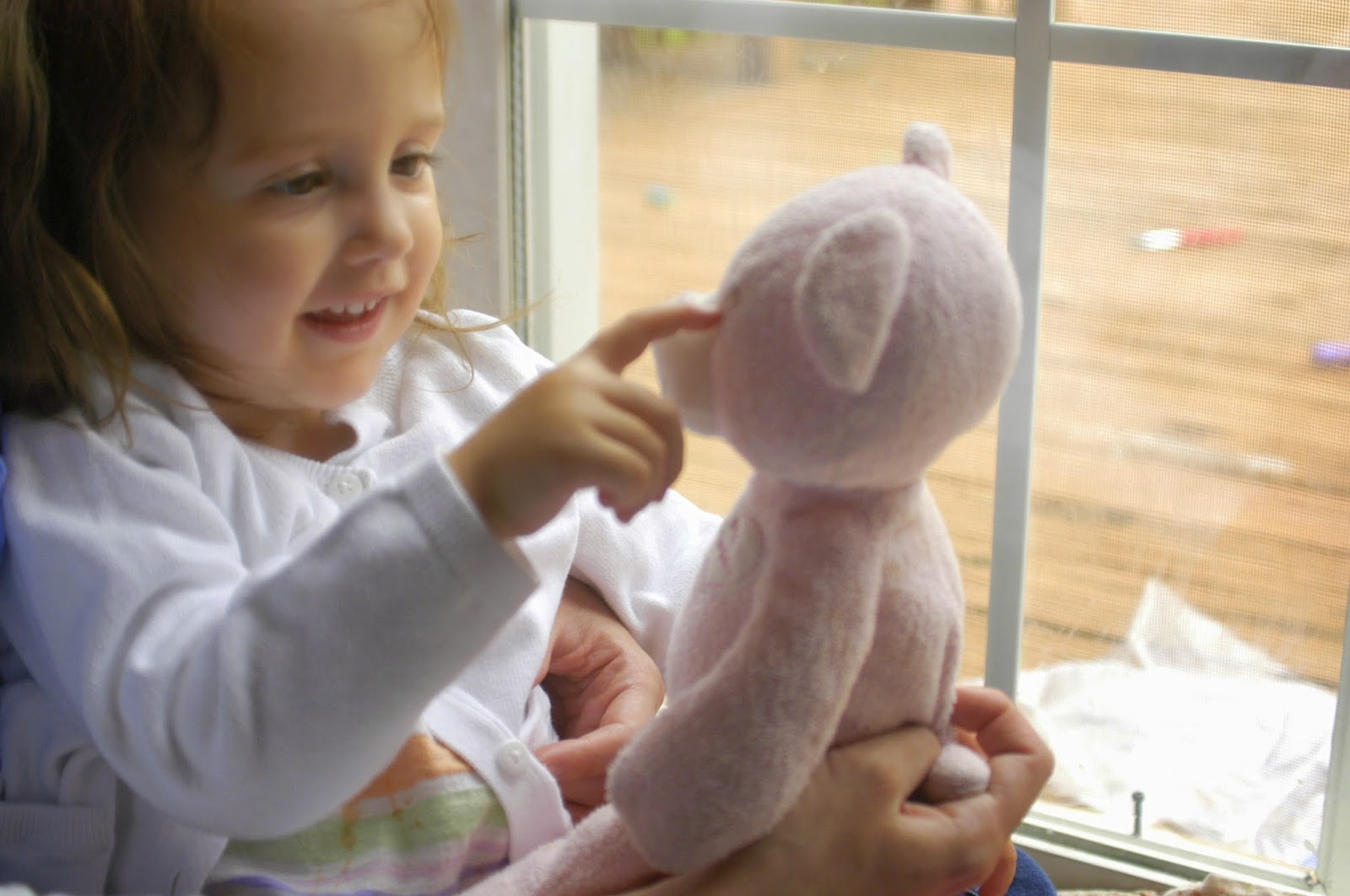 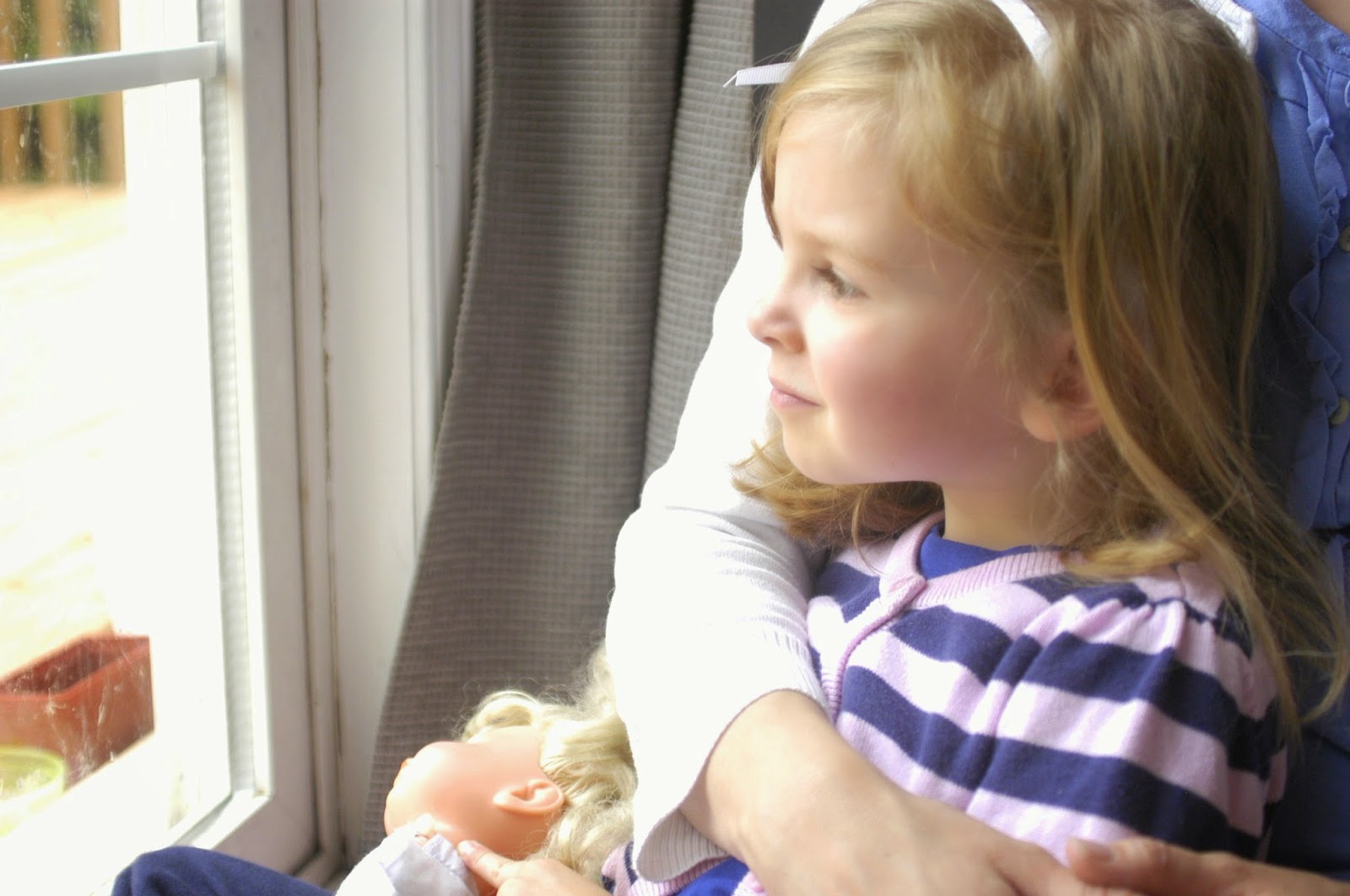 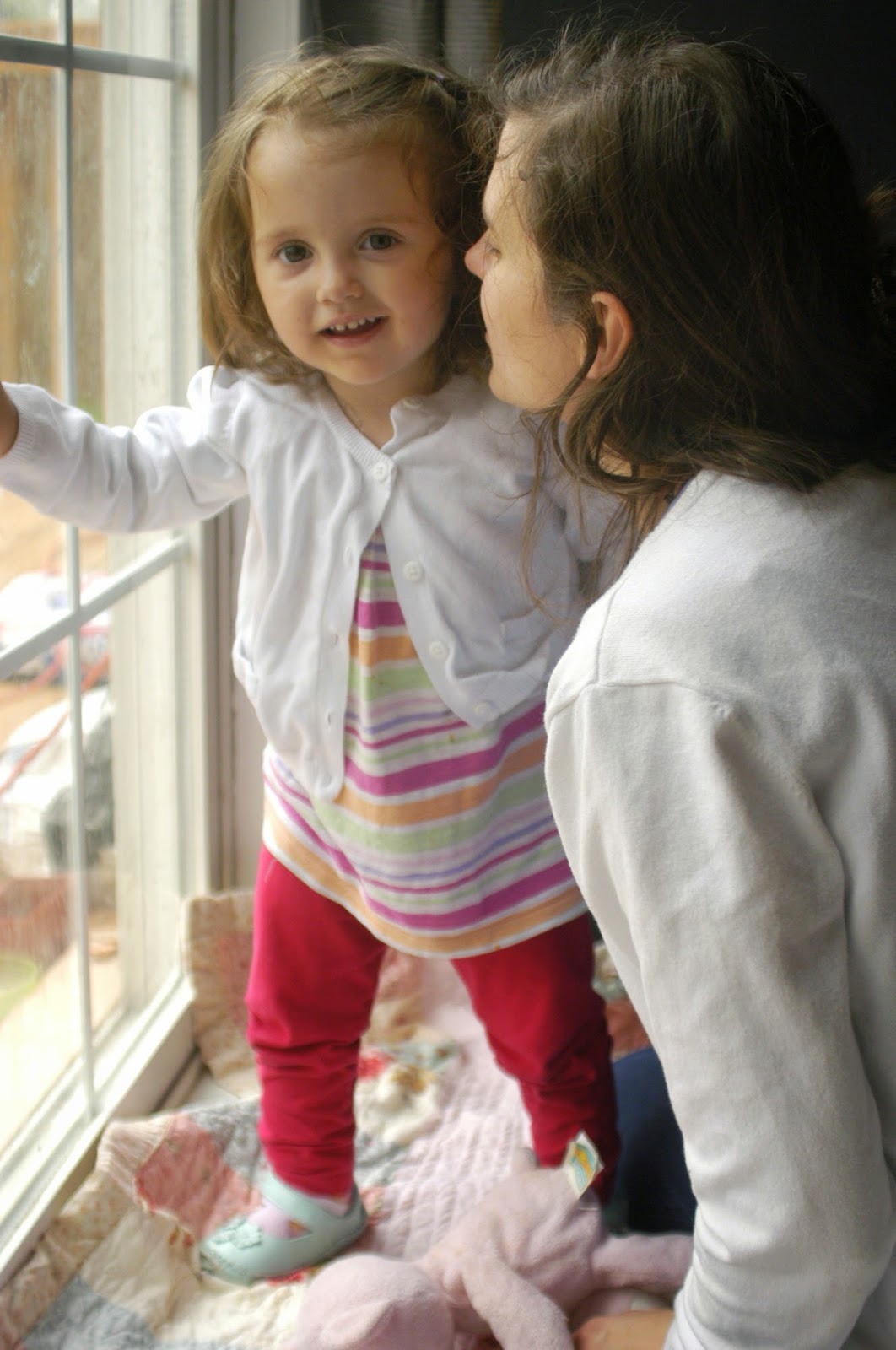 Now, granted, having two little girls who are less than three years apart, and having been able to conceive in our first year of marriage...I don't know that I would call that infertility. I would definitely call it subfertility. Pregnancy just isn't a given for us, and even when we are blessed with a baby, hyperemesis gravidarum tends to make pregnancy a challenging time.

Sometimes, I feel guilty complaining about how hard it is for us to get pregnant. Let's be honest...it is much harder for others who suffer from total infertility! But, where we live, we are surrounded by plenty of Catholic friends who are exceedingly fertile. Since Maria has been born, I've witnessed a wave of pregnancy announcements and births, and I'm now seeing a second wave beginning. I am so glad for my friends, yet there is always this pang. I feel guilty, because coupled with my joy for my newly pregnant friend is a real sadness, a realization that yet another person is pregnant again, and we are still waiting.  I feel so guilty for feeling that pang, but it is there nonetheless. It is hard not knowing when or even if we'll be blessed with another pregnancy. And even if we are, I know that the odds are high that it will be difficult. (Hyperemesis gravidarum tends to repeat itself in future pregnancies.)

After Therese, I assumed that we would be able to get pregnant within six months to a year. When that didn't happen, it made me realize that subfertility would just be a part of our lives. Now, aware of that, I'm in less of a rush for Maria to move past babyhood. I'm soaking up every minute of it. Therese wasn't weaned until she was two, but that wasn't intentional...it was just how things worked out. This time around, I'm in no hurry to wean Maria, because I know that weaning her isn't a guarantee of being able to conceive again (I was still nursing Therese when I became pregnant with Maria, so nursing doesn't seem to prevent that for me), but I also know that another future baby to breastfeed2 isn't a given. Maria will be weaned soon enough, but in the meantime, I'm soaking up this time we have together. 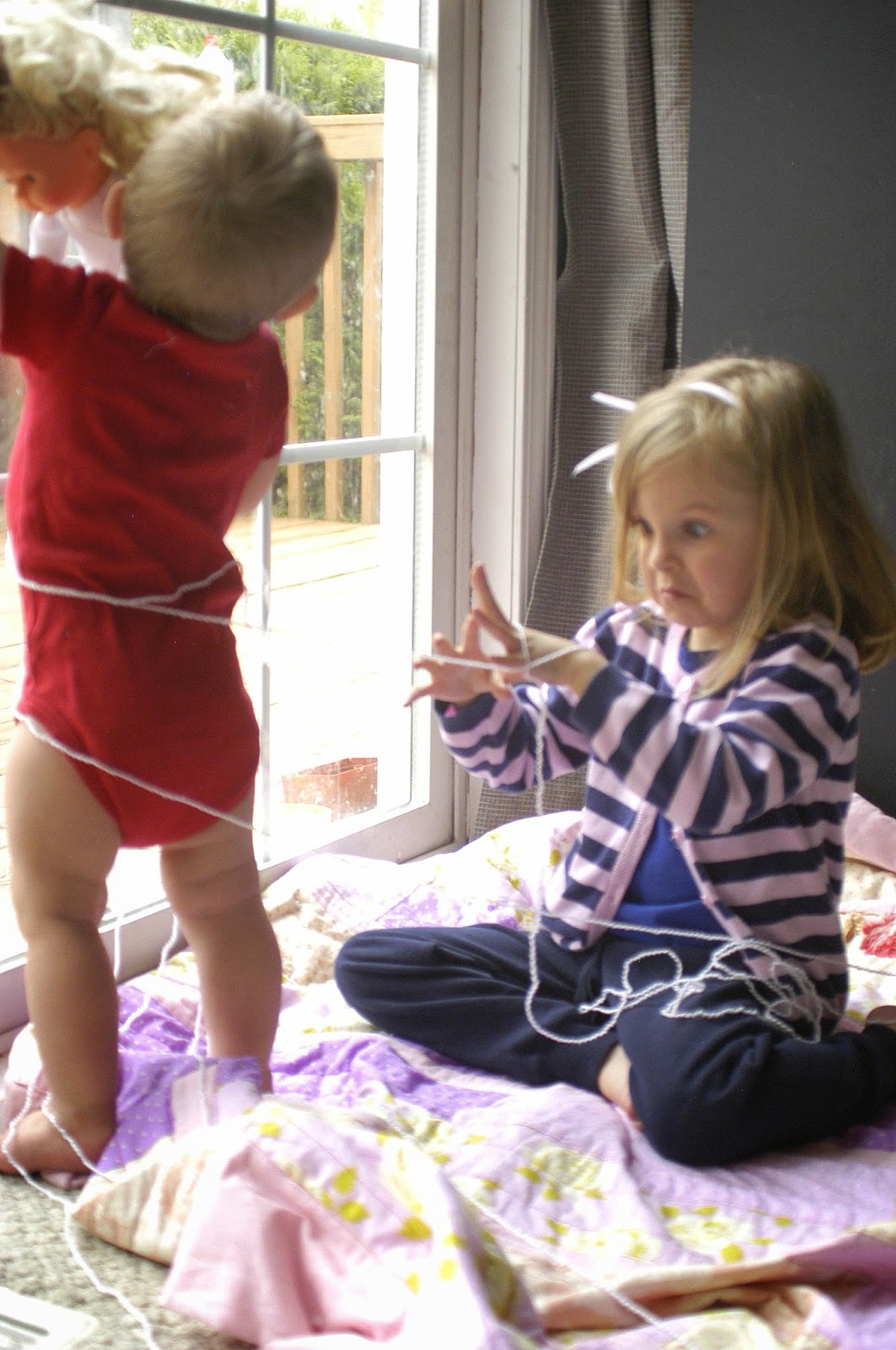 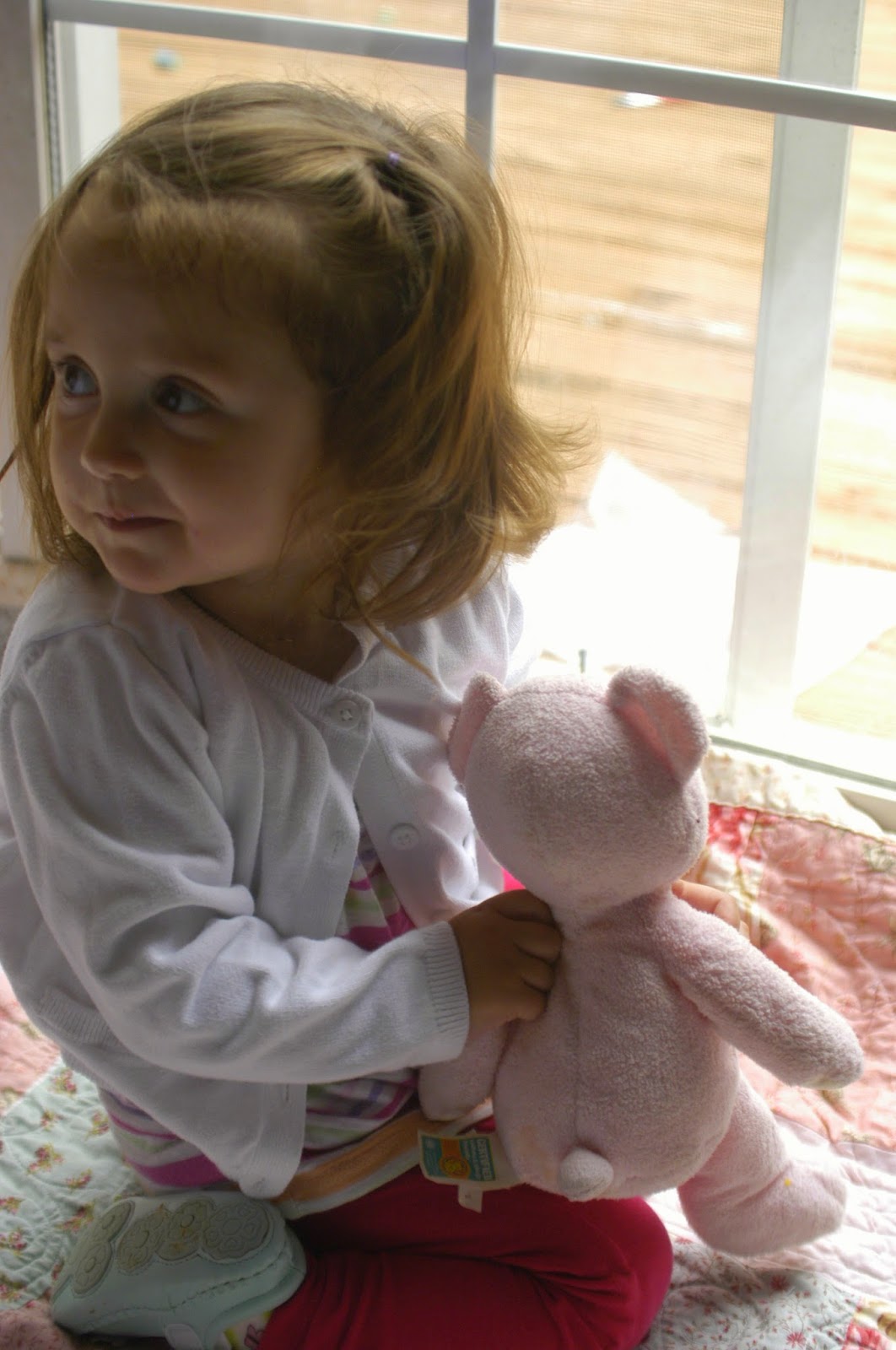 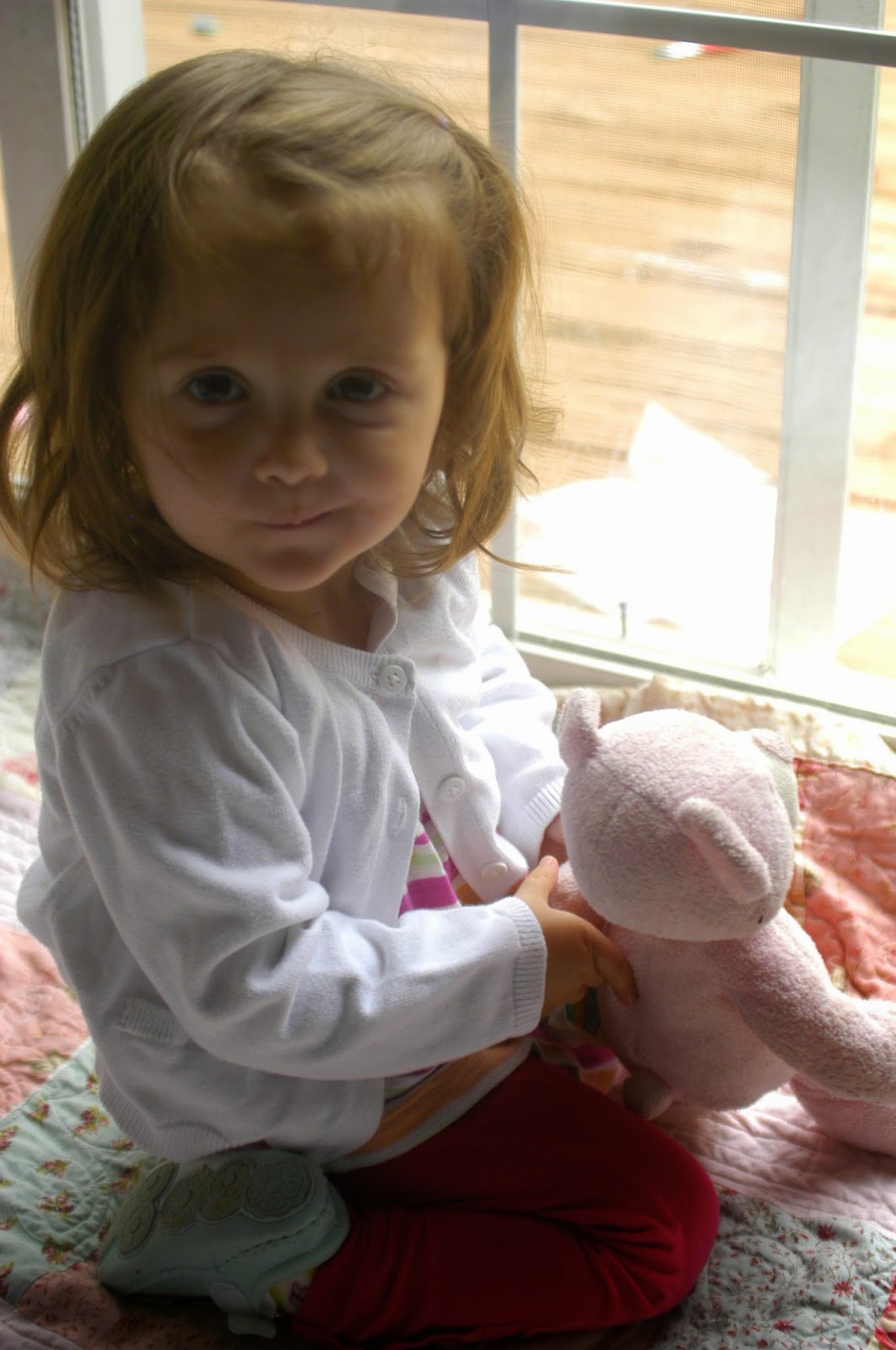 (I know I shouldn't love it when they're up to no good, but sometimes it just cracks me up!)

The first wave of pregnancy announcements post-Maria didn't hit me at all. She was still less than a year old, a baby. This second wave has hit me harder. I don't even know if our child spacing would bother me so much, if I weren't surrounded by so much...fertility!

I don't want to be that friend. I don't want to be the one that people avoid because I'm struggling to get pregnant. (Honestly, knowing what a cross hyperemesis gravidarum is, I'm still really nervous about future pregnancies, anyway.) If you're pregnant, tell me! I really do think it's awesome news!

What I'm afraid of is treading on the jealousy path. You know, the path where you forget to be grateful for the good you have and begin to wish others didn't have so much good in their lives? Guilty as charged.

Then, recently, in prayer, I felt as if God gave me a grace. The grace to be grateful. 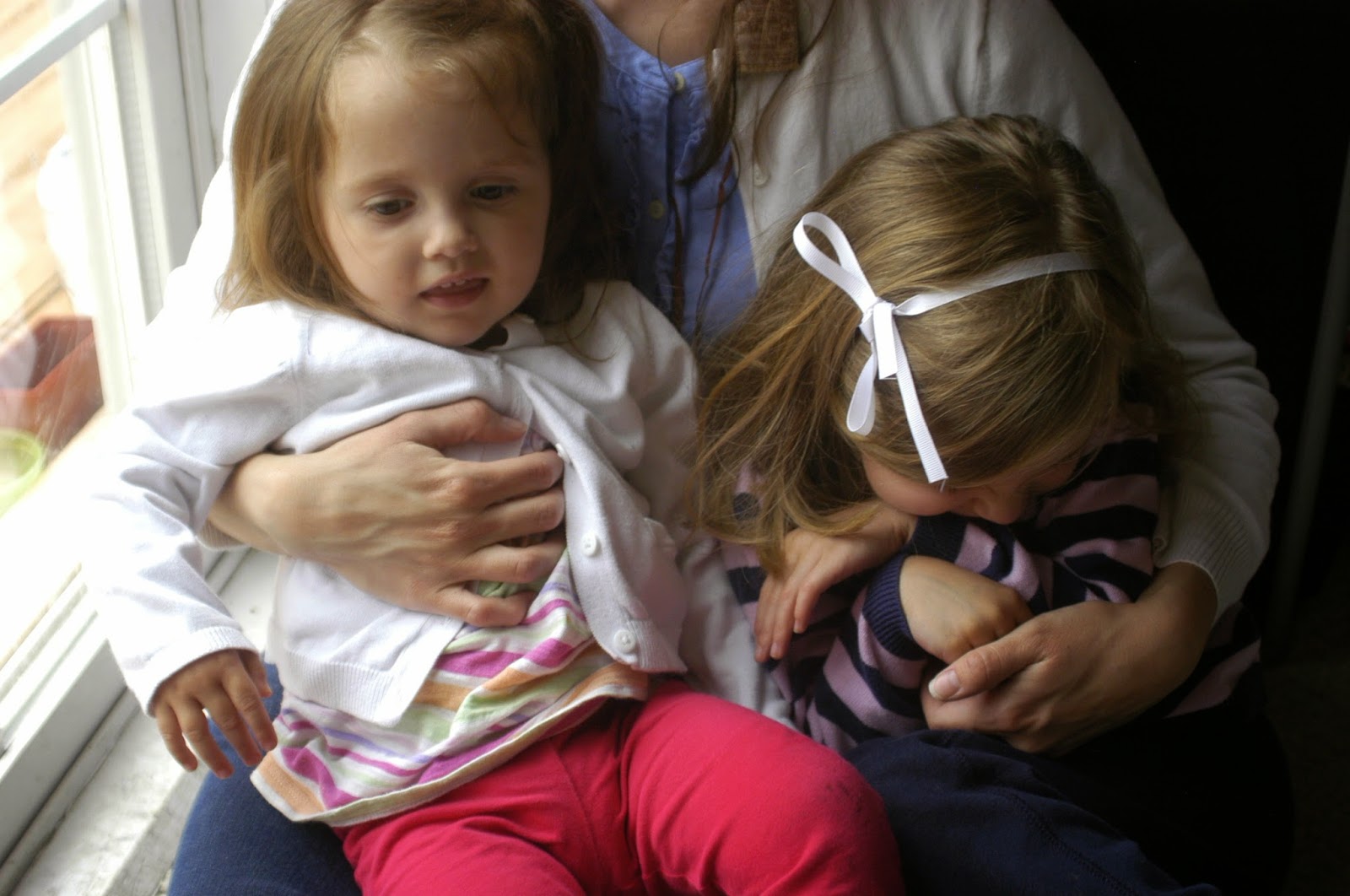 I'm so grateful because, even if things aren't always timed the way I would like (and even though HG is a part of my experience of pregnancy) I do have these full arms. I have two incredibly beautiful, precious little girls. I'm only 28 years old, and already I have two children! That is a blessing.

And do you know what...they are each a blessing. Their personalities, what they contribute to our family...it is priceless. I think of my own parents, who were only blessed with two girls, and I realize that they never complained about that. Instead, they were filled with this constant gratitude that God had blessed them with not one but two children! I think their example has helped me to have a better attitude.

Children, I've begun to realize, aren't something I can demand. They aren't a right. Just because my friends have many, doesn't mean that they are more worthy than I am. It just means that God has a different plan in mind for them. In the meantime, God has given me these two amazing daughters, and I don't want to get so lost in longing for more that I miss that.

Does that make the aching go away? I wish it did. It is normal and natural for a mother to desire babies. But it does help to put the aching in perspective. It's alright to ache for another child, but it's also alright for my heart to be soothed by the two that I do have.

I know that my experience may be different than someone suffering from total infertility, but I think that it's important to remember that subfertility is very real, and very painful, too. Too often, I think that people see Catholic couples with children spaced far apart and judge them for it, not knowing that that couple may be wanting many more babies than they've been able to have. Be sensitive in what you think and say!

(You may also like Amelia's post on having larger spaces between children. I can relate to so much of what she says, and I take comfort in knowing that even with her large spaces, she still has four children. There is hope for our family, yet!)

Stay tuned for pre-order information on Rosaries Aren't Just for Teething. Pre-order should hopefully be available by the end of the week! 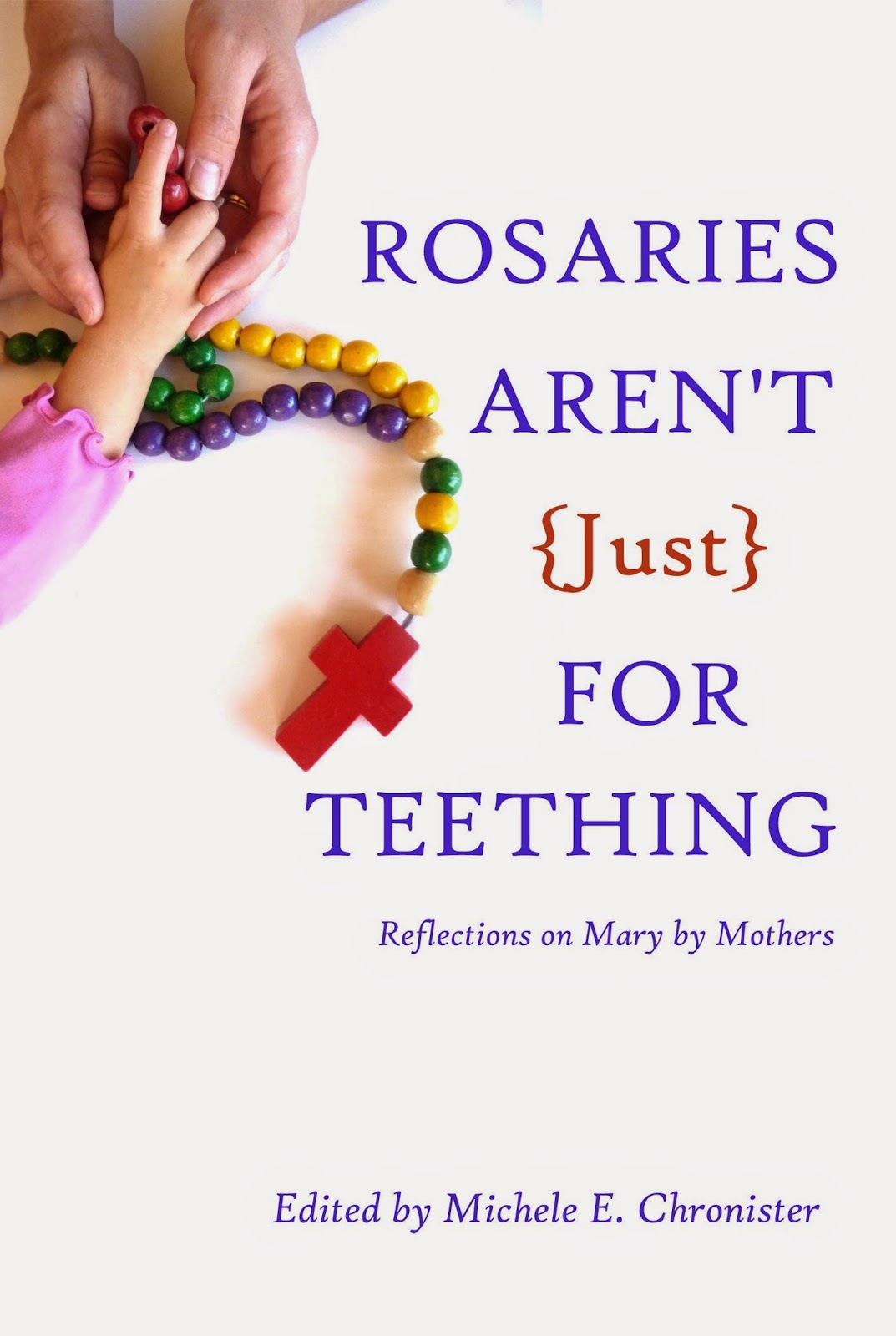 Interested in winning a free e-book copy? Haley of Carrots for Michaelmas is currently giving away one! Go check it out!