{phfr} Growing Up for the Win

Linking up with Auntie Leila's beautiful crew. Congratulations to them on expecting two new grandchildren!!!

This week's theme was growing up. My goodness...sometimes these little ones do it all at once, don't they?! 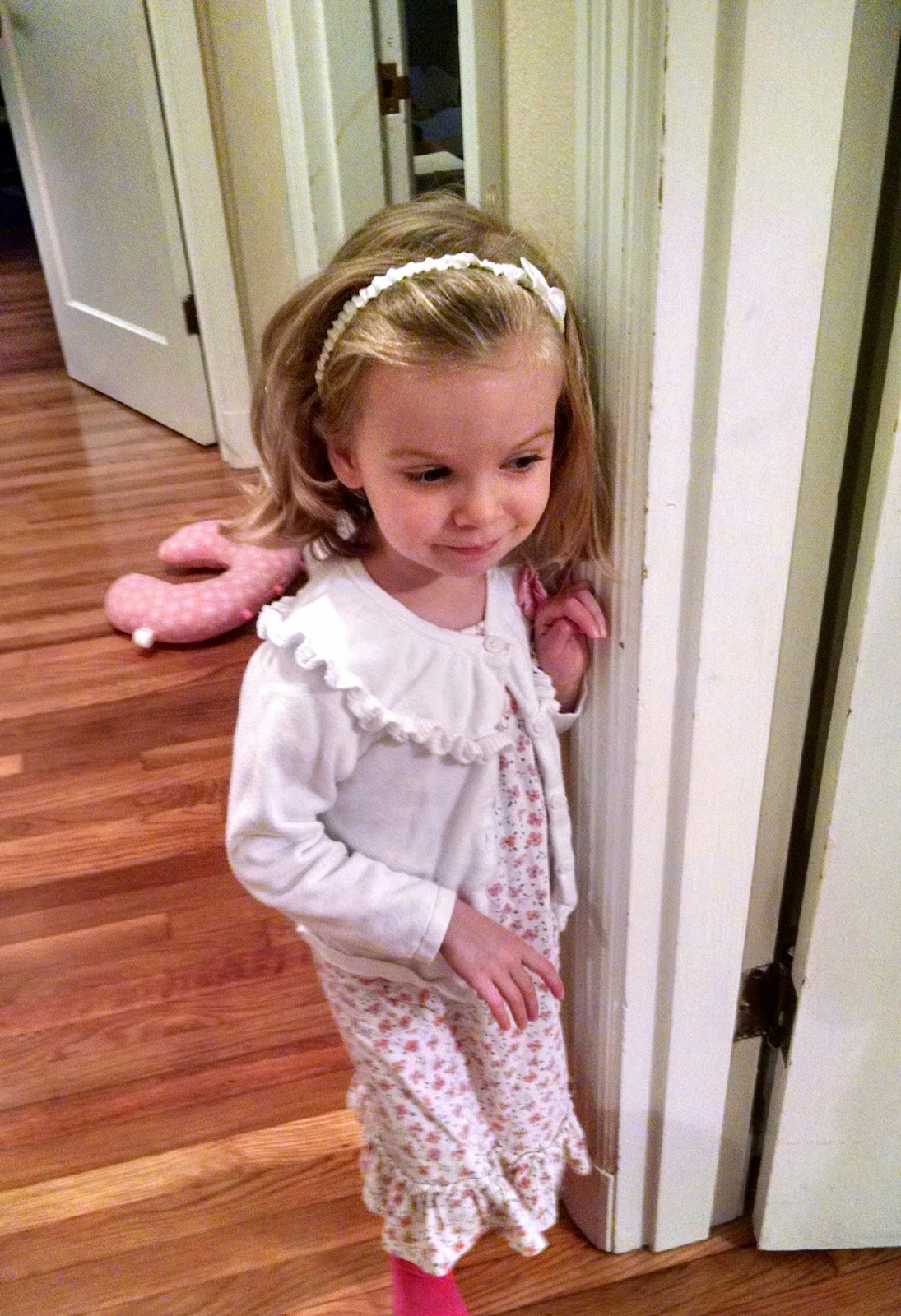 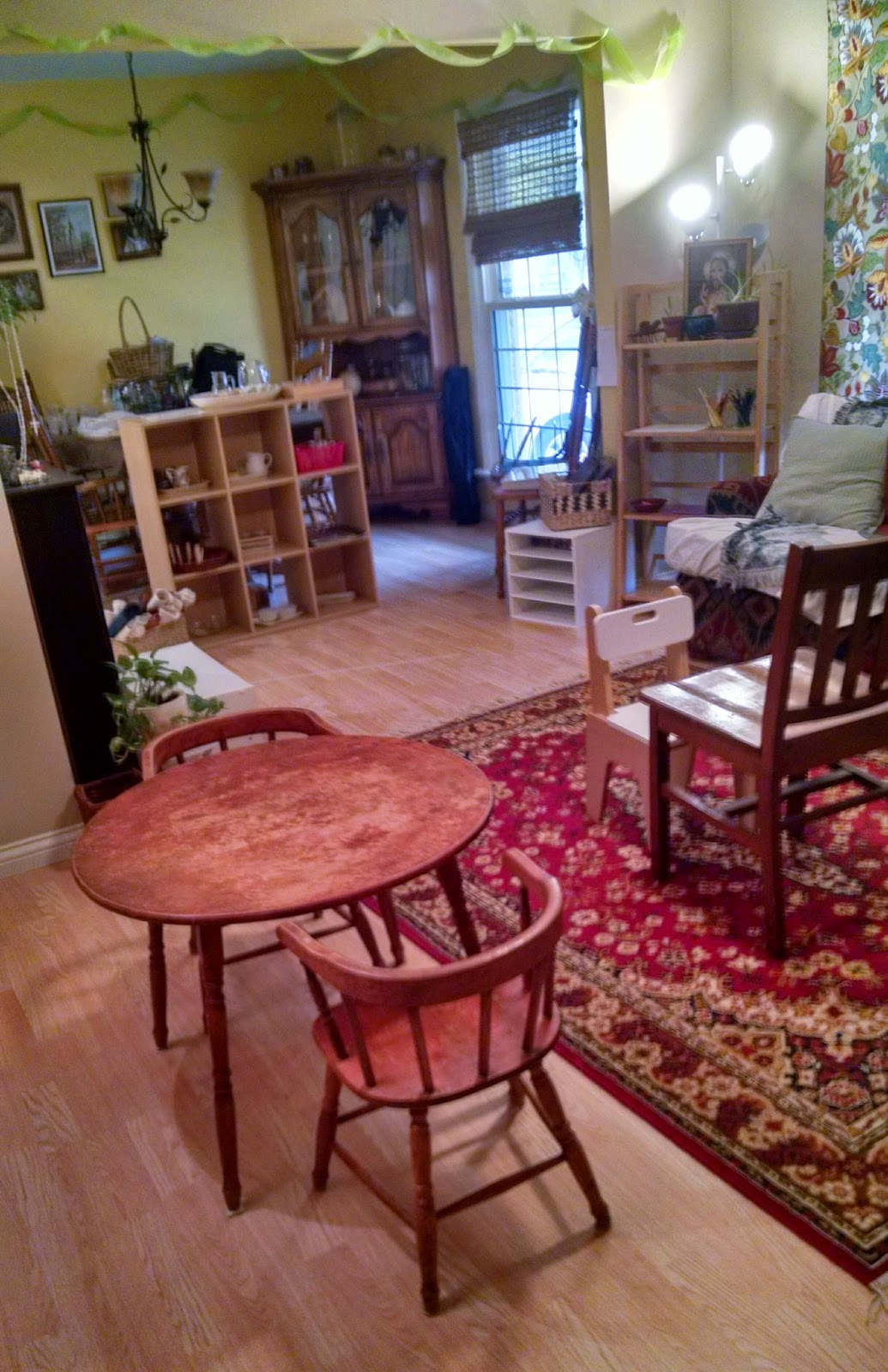 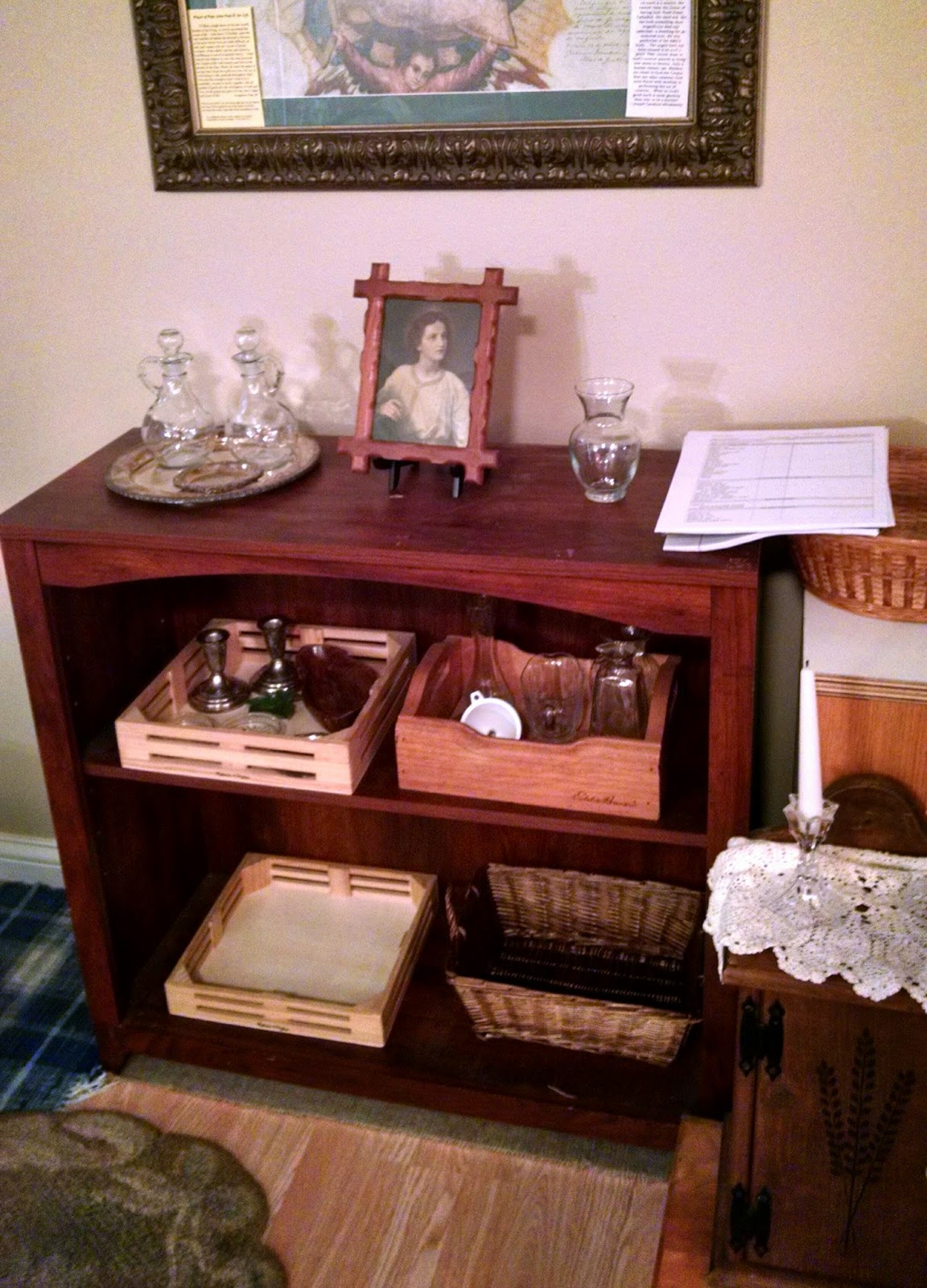 Therese had her first session of atrium this week. She is officially in a Catechesis of the Good Shepherd class!! It kind of blows my mind that I have a child old enough for CGS. I've dreamed of this day ever since I was assisting in a CGS atrium when I was pregnant with this little girl The atrium she's in is brand new, being taught by a friend of ours who is going through CGS training right now. It's also Therese's first class that she's going to by herself, without Mommy present. Such a big girl! It felt so strange to have someone else be teaching her, without me present. She looked like such a big girl, walking into the atrium with the other big kids. But her catechist is an amazing young woman, and I'm so excited for her to have this opportunity to grow in her faith! 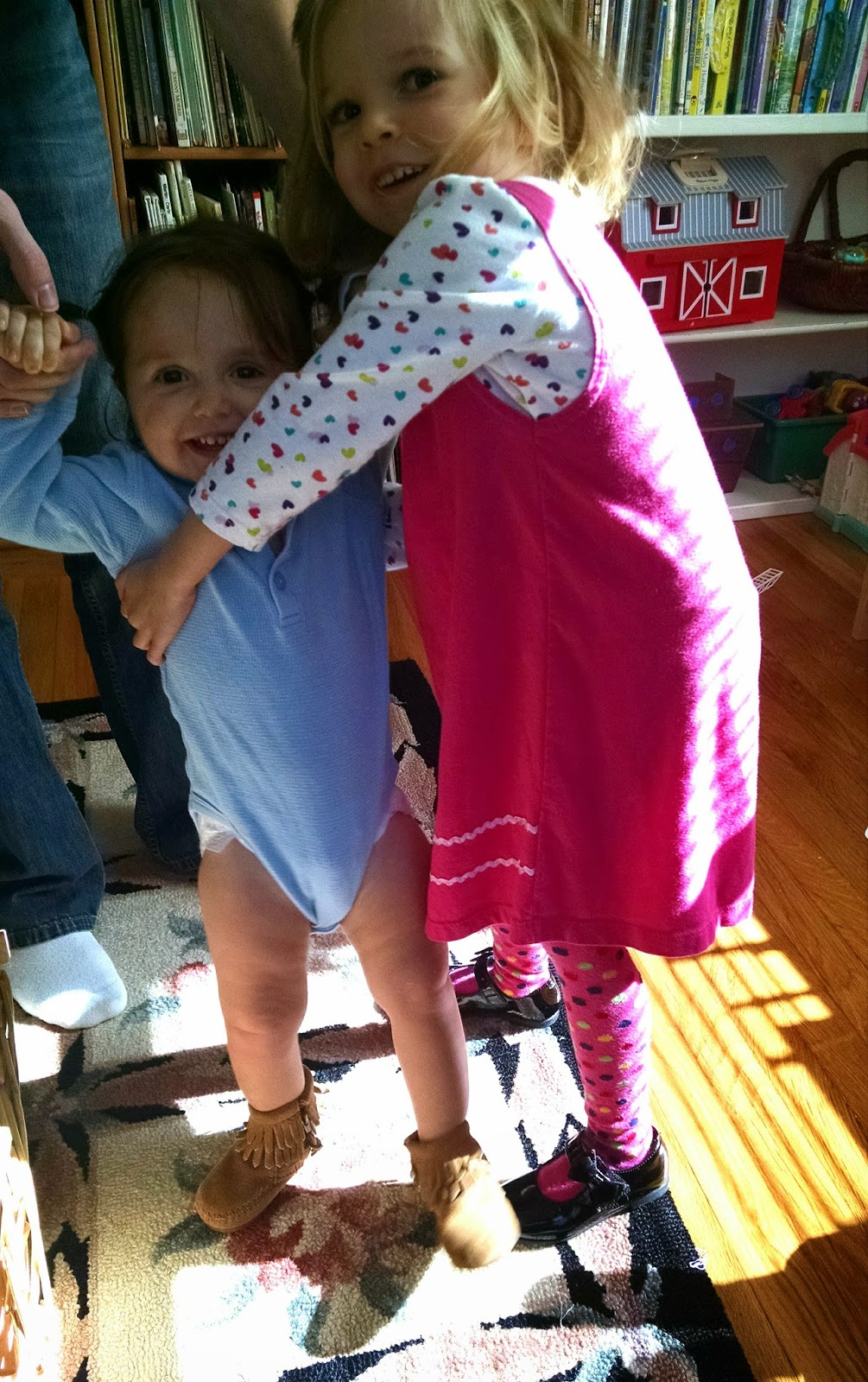 I love their relationship! I know I've said that a million times already, but I really do. When I was pregnant with Therese, what kept me going through the rough points was thinking of her future relationship with Andrew. But the real reward of bringing Maria into this family has been seeing Therese have a sister. They look for each other, and love giving each other hugs and kisses. Yesterday, Maria woke up from her nap before Therese, and she crawled into their room and kept trying to wake her up. Once I helped her get up next to Therese, she kept giving her big sister baby kiss after baby kiss. It was so sweet.

We definitely are seeing plenty of sibling discord, but that's to be expected. What's so unexpected is the total love they have for each other. I just love that they have a relationship completely separate of me or Andrew!

Of course, the real "happy" in this picture is their new shoes. Thanks, Grandma! 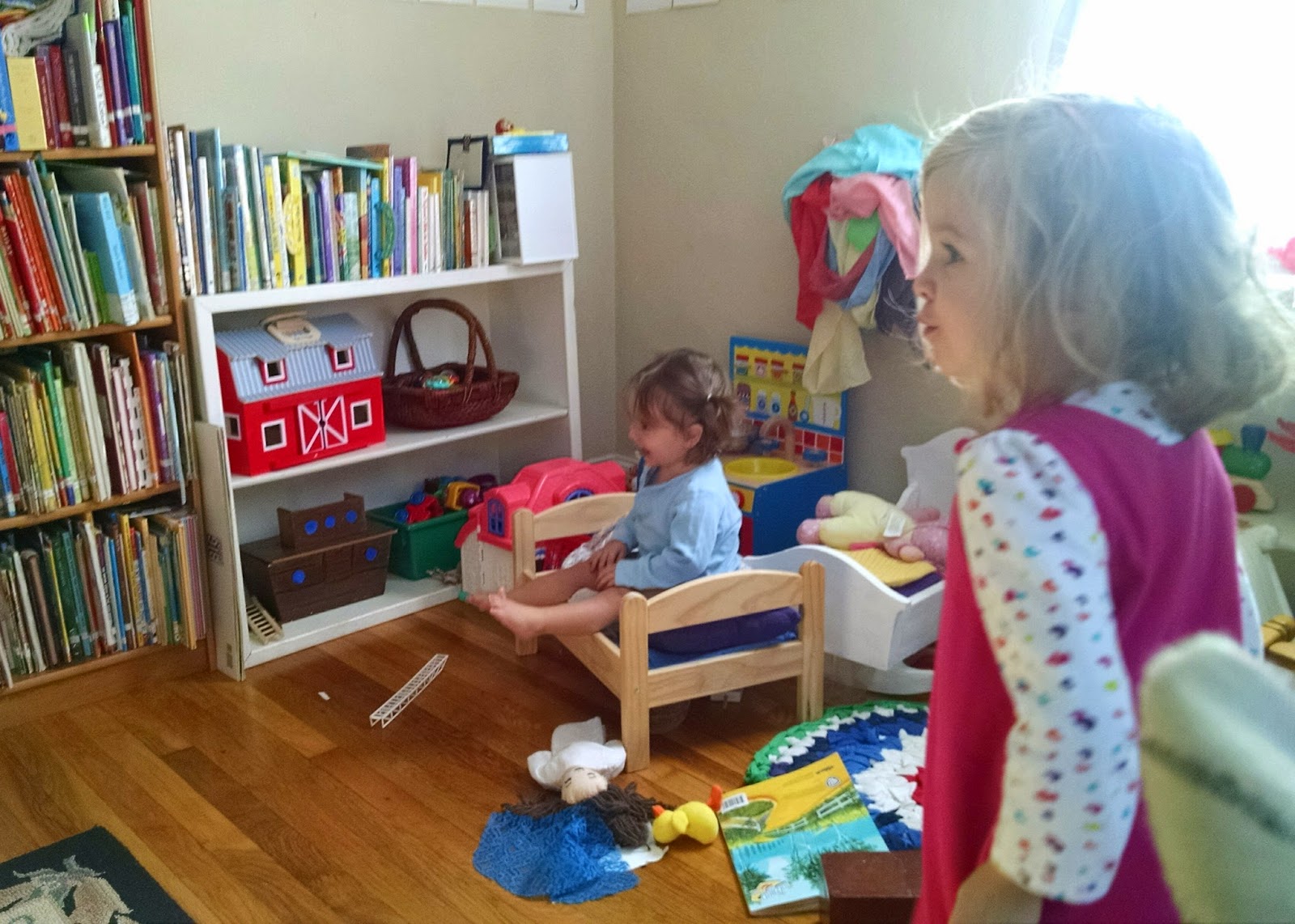 What, you may ask, is holding their attention so perfectly? What causes both of them to squeal and cry out in excitement every time it pops up on the screen? Cardinal Dolan, of course. They continue to be obsessed with Autotune the Church, and their reaction to the Cardinal Dolan video coming on is hilarious. Maria is the funniest. You would think she was a screaming teenage girl at a Backstreet Boys concert. I kid you not. 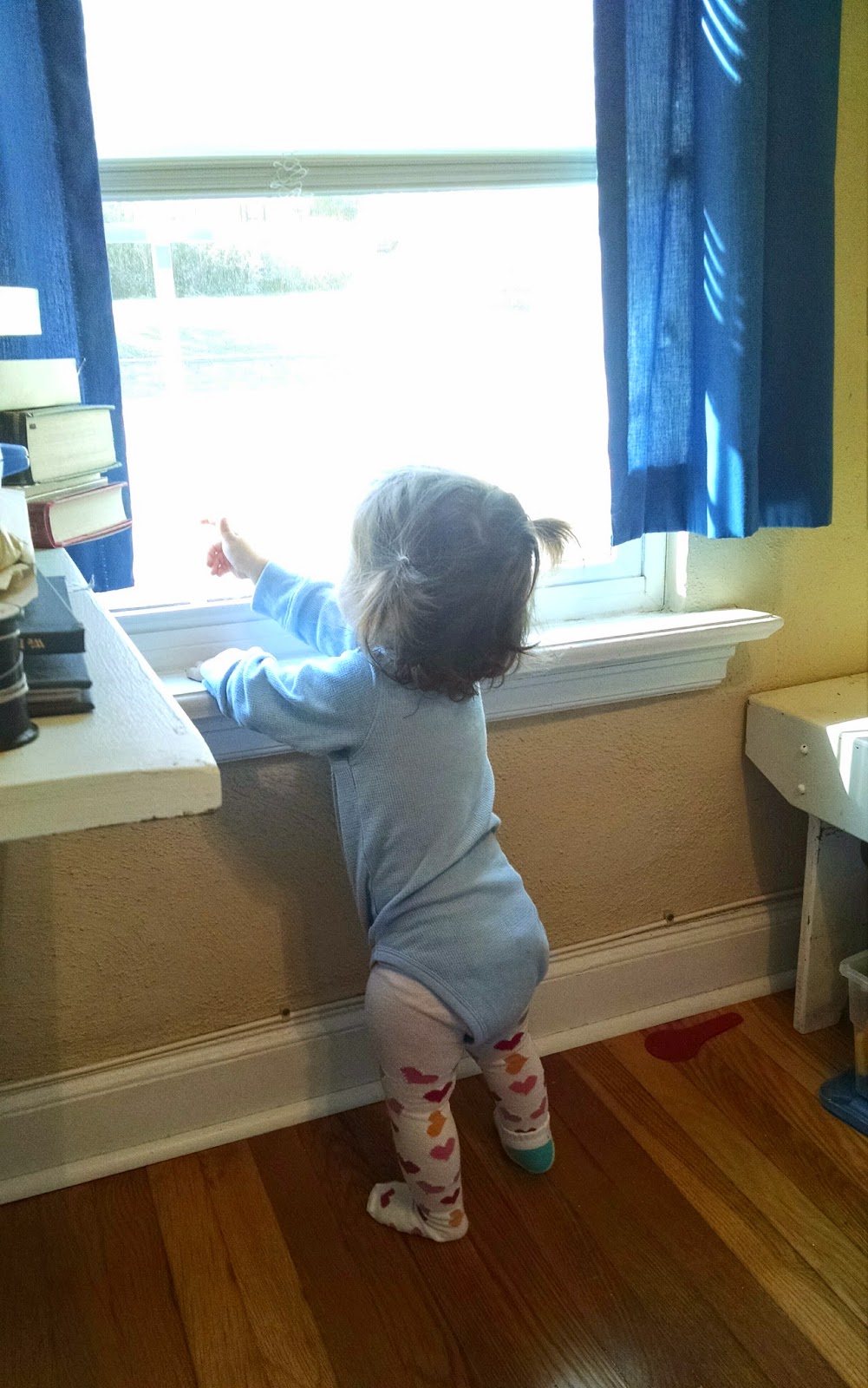 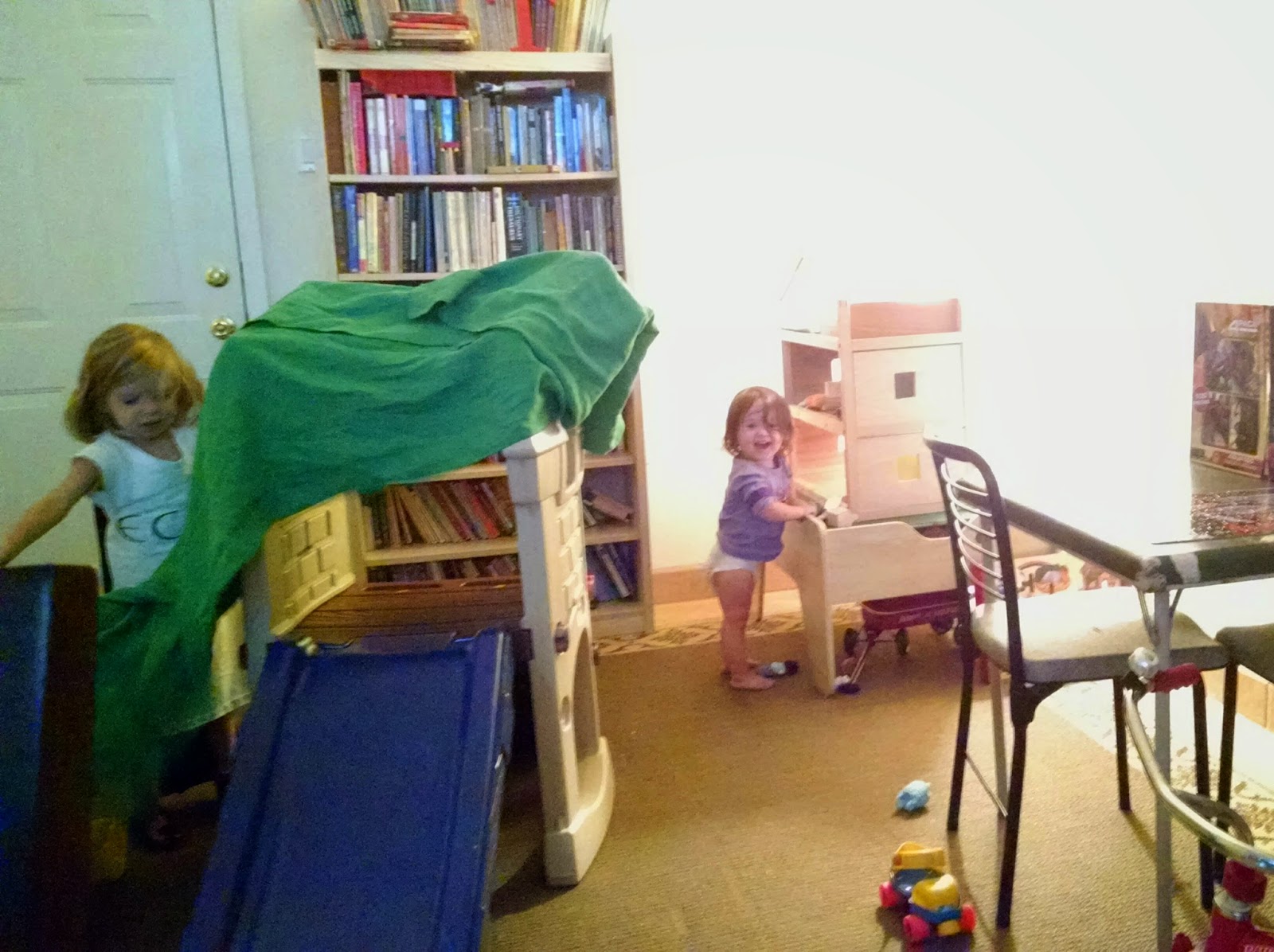 All of a sudden this week, Maria just took off. She went from crawling a lot and barely pulling up to pulling up like crazy, walking with assistance, cruising on furniture, and climbing stairs. (She actually learned to climb stairs at the seminary during Mass. Their temporary chapel is in the basement, and she was scaling the stairs in the hallway over and over again during Mass.) I know that I should be mourning the loss of my baby, but I'm just so excited to have this brand new toddler in my life that that outweighs everything else. I am so happy for her, finally being able to explore the world in this new way! We were beginning to get concerned, but Andrew (God bless him) worked with her non-stop on pulling up and once she got that, everything else seemed to click. What a blessing daddies are, no?