Fall Off the Face of the Earth...

Now say that in your best Yoda voice. I had to pop in here, because I know that when a blogger disappears for a few weeks I either:

b) Think something terrible has happened.

So, hopefully you fall in to the "C" category, because I'm not pregnant and nothing terrible has happened! Just a lot of good busyness. The big project I can't tell you about yet, but keep hinting at (because I'm terrible like that) has had some exciting developments. I seriously can't wait to tell you more about it! Unfortunately, the little bit of time I have to sit at an actual computer has been devoted to that. Once you see what it is, you are going to flip out with excitement! I promise!

I've also gotten lost in the Hunger Games trilogy. I thought I never would, but after seeing the second movie and not being able to get it out of my head, I plunged in to the book series. I haven't been disappointed! My bedtime has been a tad bit later, as a result, though. I could definitely relate to Anne's recent post, though. Any other lovers of The Giver out there? It's one of my favorites, and The Hunger Games can easily be put in the same genre.

I've put aside Mansfield Park for the last week, though, because my reading time is limited. Does that make me a bad person, Haley? (For the record, I actually really like Fanny Price alot, and she's one of the main reasons why I'm managing to slog through the first half of Mansfield Park. Does anyone else have that problem with Jane Austen books? The first half goes so slowly for me, but then I hit the midpoint and the story gets so good!)

Okay, one more addition! Not all of you readers are alumni of the Holy Cross trifecta, so if you haven't ever listened to the Notre Dame Folk Choir and are into binge liturgical music listening like I am, here you go:


We had a slew of patron saint days last week, and I think I'm still recovering. Mine was Monday (St. Michael the Archangel), Therese's was Wednesday (St. Therese of Lisieux), my sister's was Saturday (St. Francis of Assisi), and Maria's middle name one was Sunday (St. Faustina). We don't even do anything too fancy for feastdays - Mass, out to ice cream for dessert, a nice dinner - but I have to commit that I was so patron saint dayed out by the time we got to Sunday that Maria got a "Happy Patron Saint day!" and I called it a win. (And, of course, we went to Mass.)

Can you do me a favor, by the way? Can you please pray for Mary and Courtney? Courtney is nearing the end, and they need all the prayers we can send her way! Courtney is truly beautiful (as is her mama) and I'm sure I'm not the only one who has been touched by her life.

What a truly disjointed post. I'm so sorry. (Kind of.)

Okay, Maria is doing the thing she does where she crawls to the closed door of the room I'm working in and starts banging on it and alternating fussing and cute noises. Who can resist that? 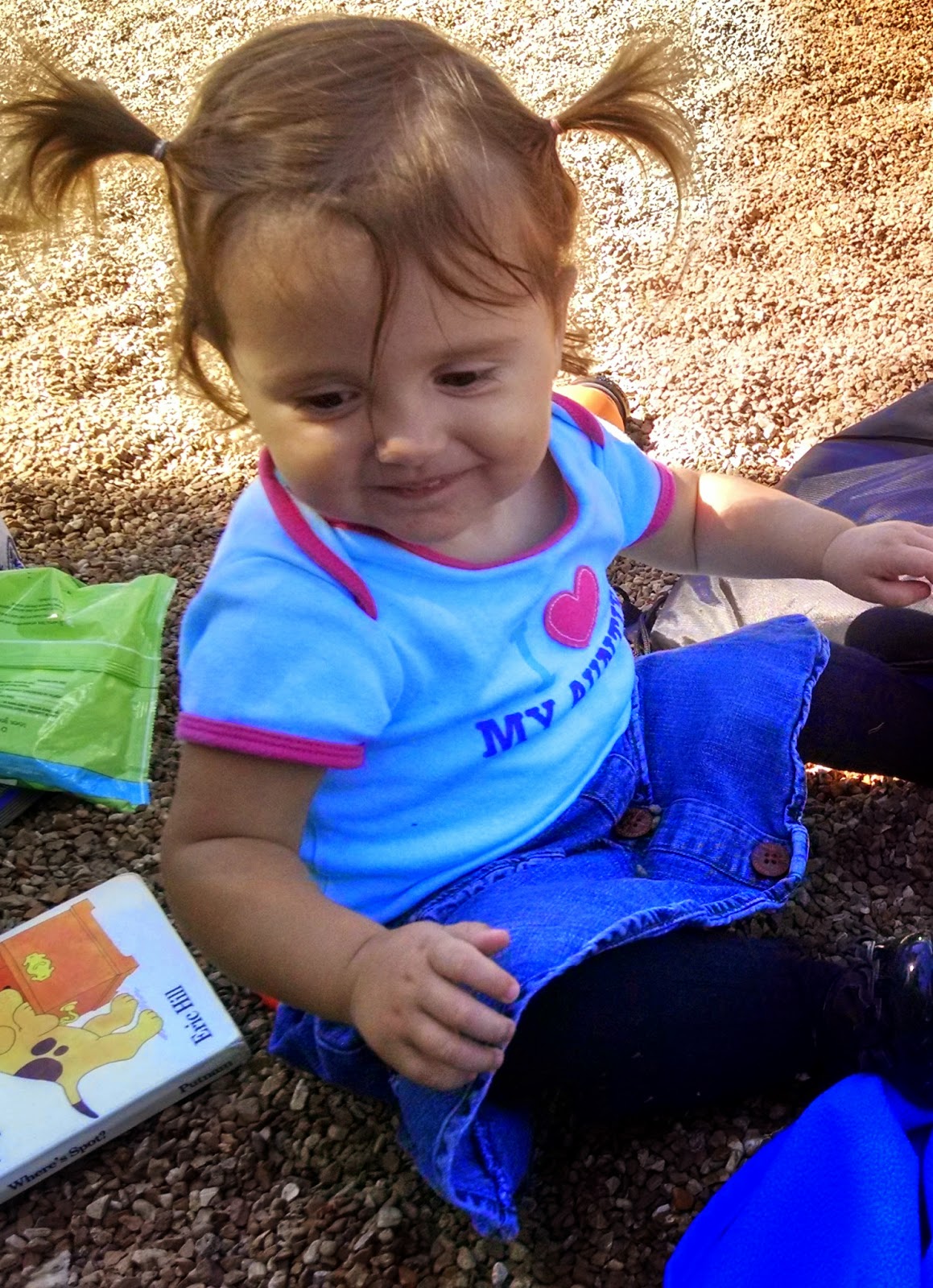