Glorifying the Lord by your life...

I, like many of you, probably, don't really like change. Raise your hand if you were in the camp that wasn't thrilled at the prospect of the new translations for the Mass? I mean, I have a background in theology, so intellectually I knew that the new translation was going to be pretty awesome. But having to learn how to say and do things different at Mass? No thanks. (Really, really glad that I wasn't around when Mass switched over to the vernacular. It would have rocked my world like crazy, in a not good way.)

Anyway, now that saying the new responses is old hat, I've really grown to love them. I'm even starting to be able to recall parts of the Eucharistic prayers, now...although whenever the priest launches in to Eucharistic Prayer I, my first thought is still sometimes, "Is he ad-libbing or something?"

The closing blessing...I always have to remind myself the priest didn't just make it up on the spot. Because new options. But that being said, one of my favorite parts of the new translation is, "The Mass is ended. Go in peace, glorifying the Lord by your life." Thanks be to God, indeed!

I mean, don't get me wrong, "Go in peace to love and serve the Lord" was nice and all...but glorifying the Lord by your life??! Doesn't it make you want to do a liturgical fist pump?

One of my favorite psalms is Psalm 19, which starts (going off of memory here, so I couldn't tell you which translation this was or anything), "The heavens are telling the glory of God, and the earth proclaims His handiwork. Day to day pours forth speech, and night to night declares knowledge. There is no speech, nor are there words. Their voice is not heard! Yet, their voice goes out to all the earth, and their words to the end of the world."

Creation is, of course, fallen. It is not what it was meant to be, as lovely as it is. Yet still - creation glorifies God just by being. All creation has to do, in order to give glory to God, is do what it was made to do. There's something humble about that. The cow just does what the cow does, it doesn't sit there and think, "Why the heck did God make me a cow?! This isn't fair. I've got to break out of this mold because CLEARLY God didn't know what he was doing!" Trees just grow, wind just blows, water just flows...creation just does what it was made to do. (Now, granted, in a fallen world it doesn't do it perfectly. I'm guessing that in Eden there weren't droughts, tornadoes, etc.)

So what does it mean for us to "glorify the Lord by our lives"? It means to be what it is that God created us to be. It means to live out our vocations - the little ones as well as the big ones - and to choose to love each day, even when it's difficult.

I love that the Church tucks that reminder into the end of Mass. I sure need it!

Speaking of which...one of my little vocations is a bit fussy. Make that...both of them. ;-)

Linking up to Fine Linen and Purple. 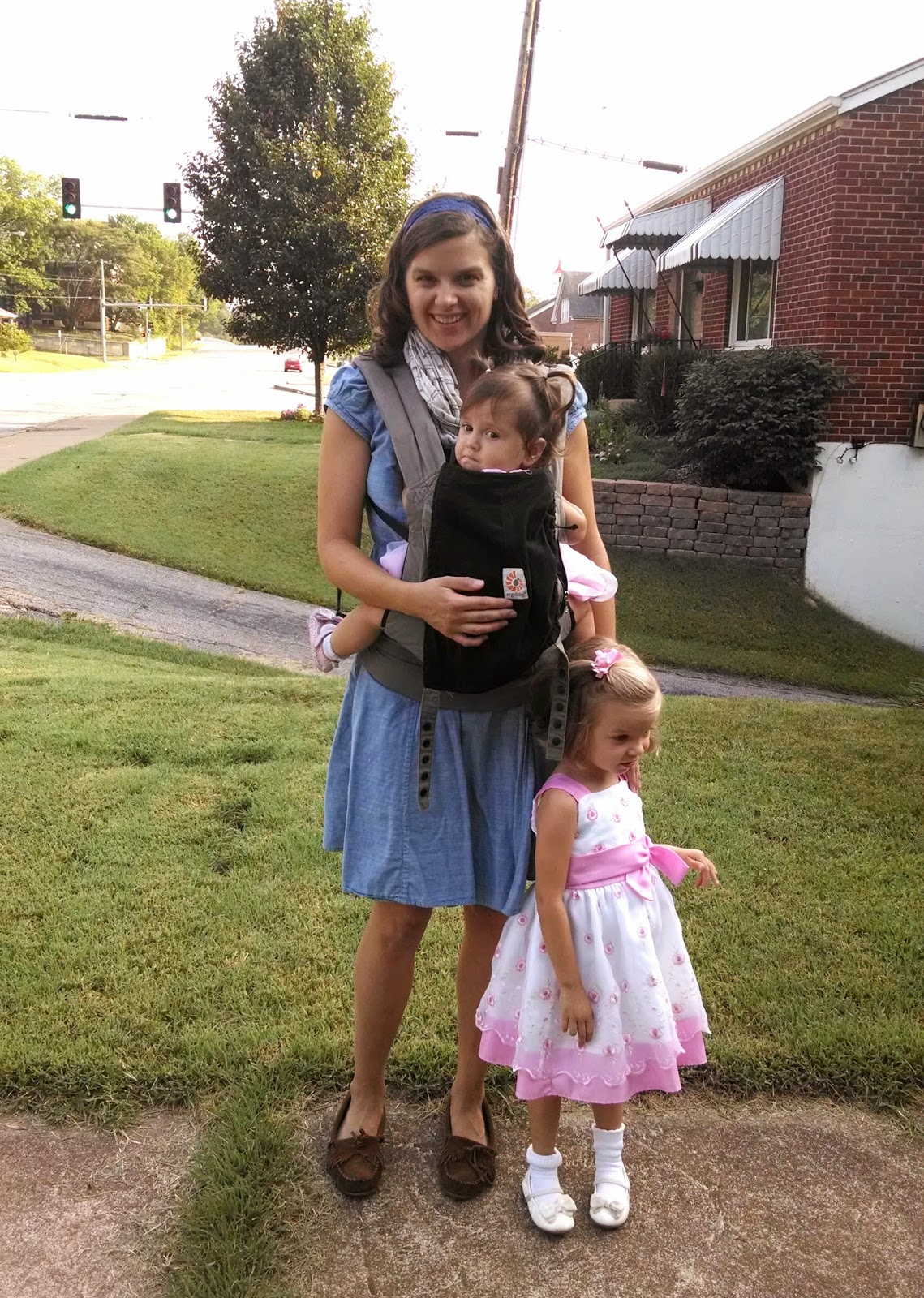 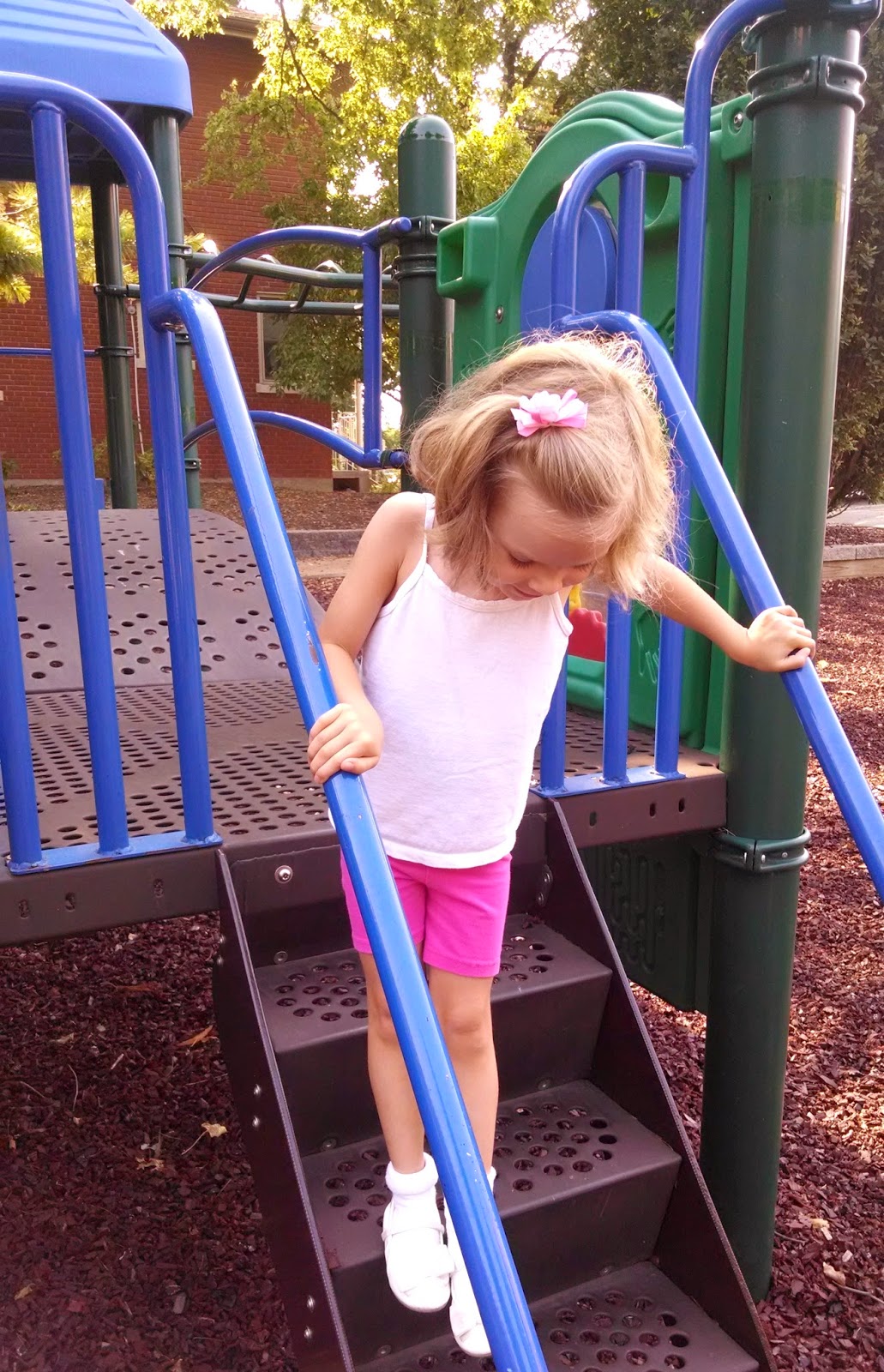 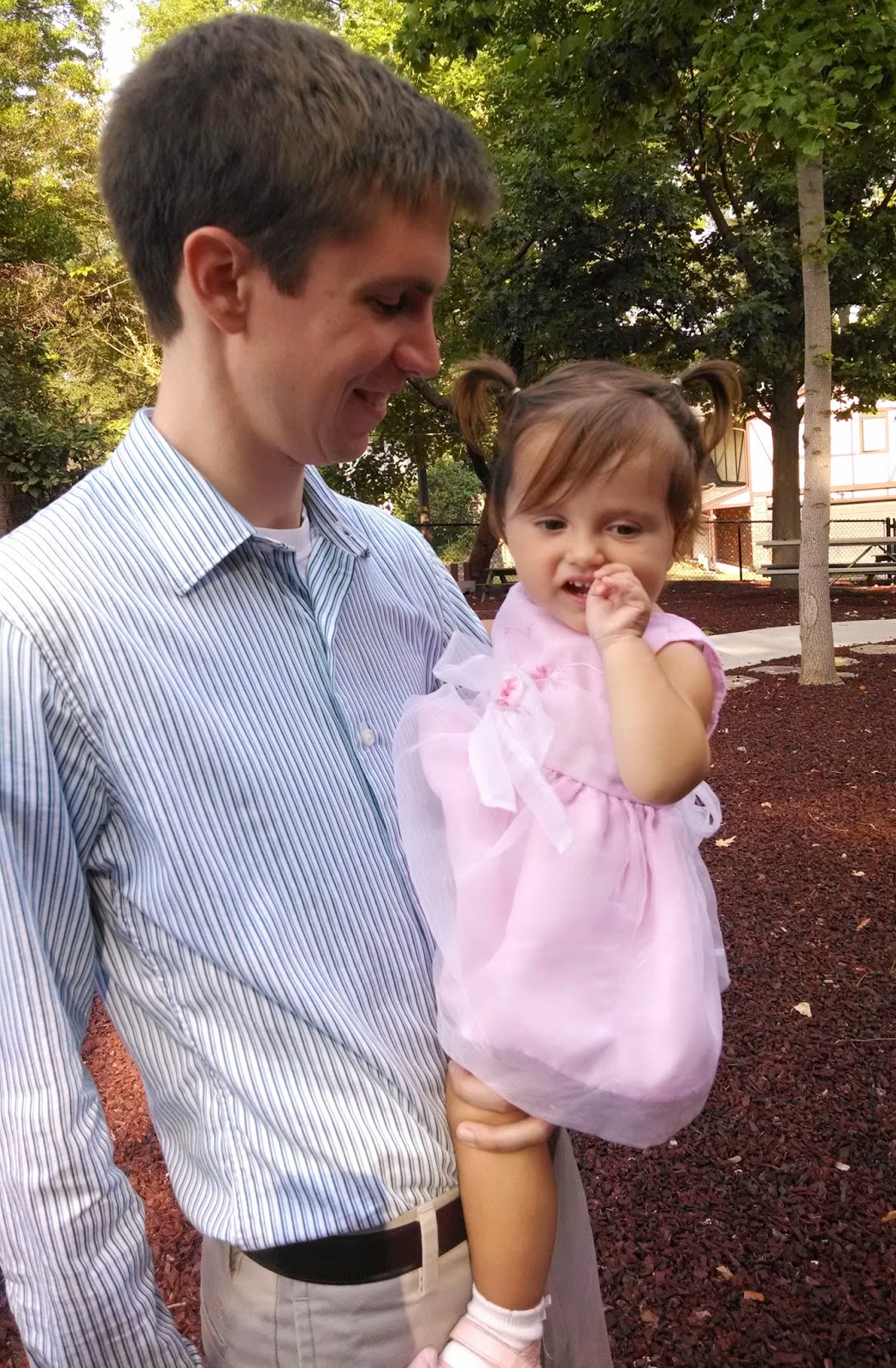 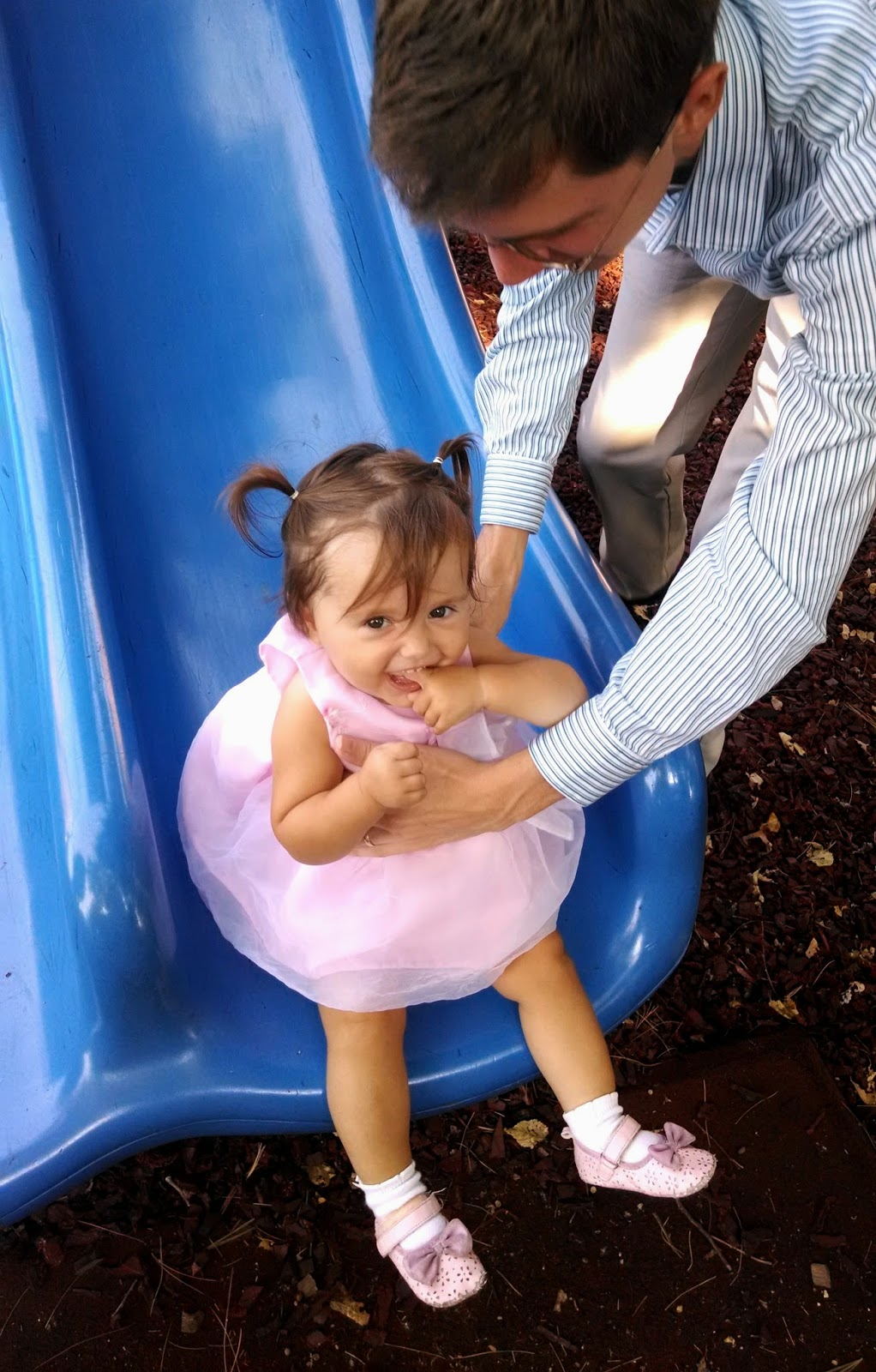 We're in the process of switching parishes..and our new one has a playground! And there was much rejoicing!!!