Oh, my goodness...it was glorious outside today! Simply glorious! We spent close to three hours outside in temperatures in the upper 60s and 70s.

Um...I love the first picture more than I can possible say. I just...I don't even know. Everyone should have a three year old in their life. 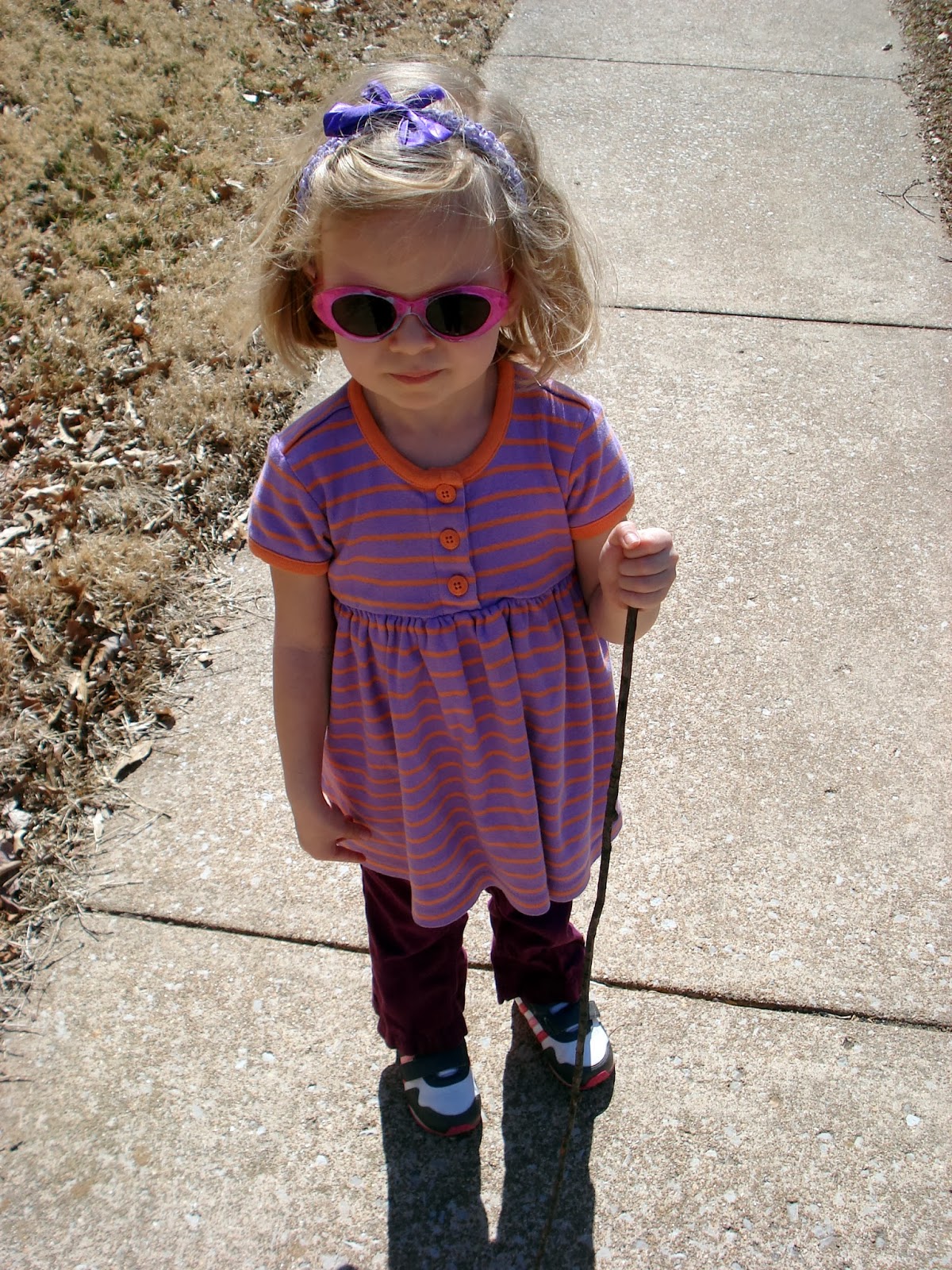 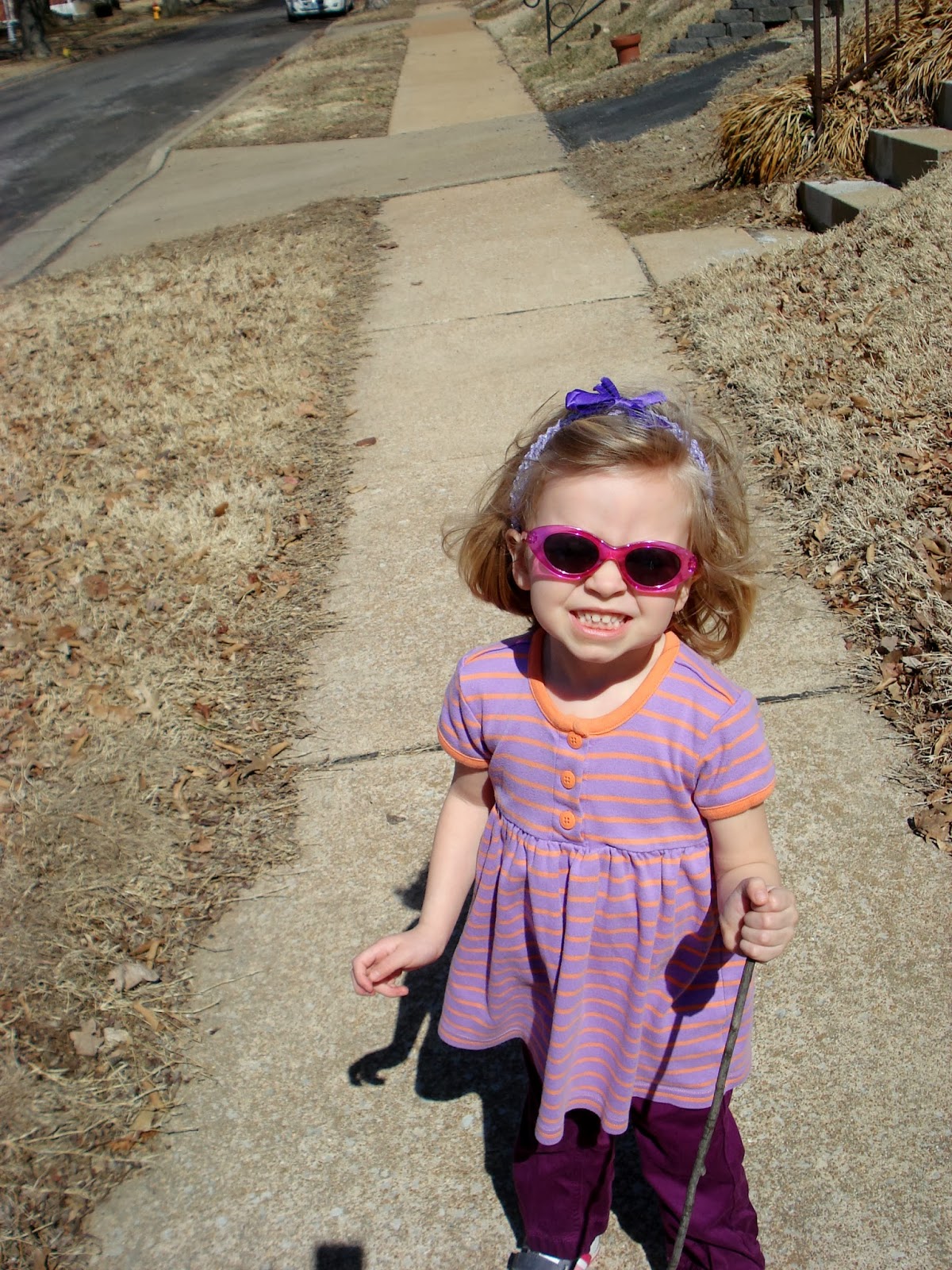 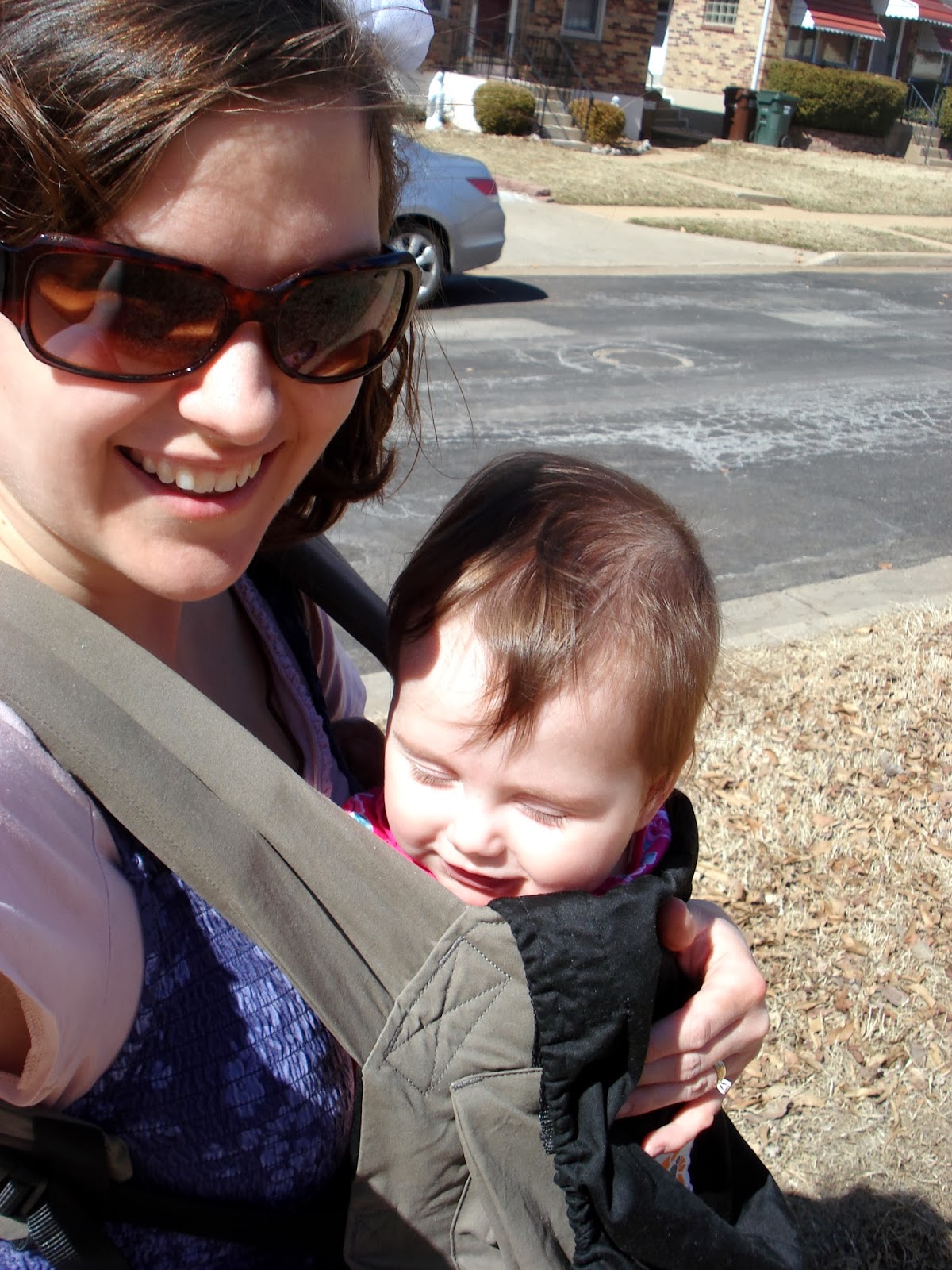 I don't really feel called to share the specifics of my current Lenten practice. It's still a work in progress, you know? But one of the things I've worked on in previous Lents is complaining.

It is so easy to fall into the pattern of complaining. Life is so hard. Why does she have more than me? Sure I have x but that family has x and y...

But, just to set the record straight...complaining does not actually make you feel any better. In fact, it makes you feel more miserable. I think we all know that, on some level, but there's something so satisfying about complaining, isn't there? It feels so good in the moment.

What's really underlying the practice of complaining? I can't speak for everyone, but for me it's usually one (or both) of two things:

2. A desire to be understood or recognized, and an overall feeling of insecurity.

In my experience, those two usually go hand in hand. Jealously is often the surface level reaction, a sort of, Why does that family have it so much easier? Why are her pregnancies easier than mine? They have so much more money than we do...I wish things were that easy for us.

But none of those statements are really all that accurate, are they? I mean, no family has it truly easy. Every family has their own struggles, hidden though they may be. And I have yet to meet a woman who has no suffering whatsoever in the whole trying-to-get-pregnant/being pregnant/labor and delivery/post-partum experience. And money hardly solves things. People with money have just as many problems, and sometimes more, than people with less money.

I could give examples ad nauseum, but you get the picture, don't you? Complaining often starts with perceiving that the grass is greener on the other side.

But what's really going on beneath the surface? Typically, a lot of reason #2. That's the harder of the two reasons to admit to. It is hard to admit that you're really feeling insecure, overwhelmed, underappreciated, or unloved. It's hard to admit that you feel misunderstood. Admitting to all of that puts you in a place of vulnerability. No one wants to be the weak one in the group.

But, of course, that's looking at it the way the world does.

Only then can you begin to grow in gratitude.

The grace to live in gratitude for what you do have is the only way to really combat feeling jealous and insecure. But, oh...that is so much easier said than done, isn't it. I really, really struggle with complaining, being jealous, and not admitting to my own insecurities. I often struggle with being grateful for what I do have. But God wants us to admit to our weaknesses, give them to Him, and to allow Him to work through that weakness. Ultimately, He is the only one that can fill that aching void. All the complaining in the world won't do the trick. Looking to God for the grace to be grateful...ahhh...that is where the true healing begins.

So, this Lent, I challenge you to consider if God might be tugging your heart in this direction. Do you struggle with complaining? Can you give your jealousies and insecurities to God, and allow Him to change them to a spirit of gratitude?

(And, can I just take a minute to tip my hat to Heather, of "Mama Knows, Honeychild" because her post on one-upping goes hand in hand with all of this. And my goodness, if you haven't discovered the awesomeness that is her blog, well...you're in for a treat.)
Email Post
Labels: Lent Motherhood suffering