Welcome to another installment in our Before Five in a Row series! Row with us?

Week 4 was dedicated to the book The Snowy Day, by Ezra Jack Keats. It is a sweet story of a little boy and his day of adventures in the snow. Using a simple storyline, we are able to explore the snow with little Peter, getting to explore this sensory experience through his eyes. 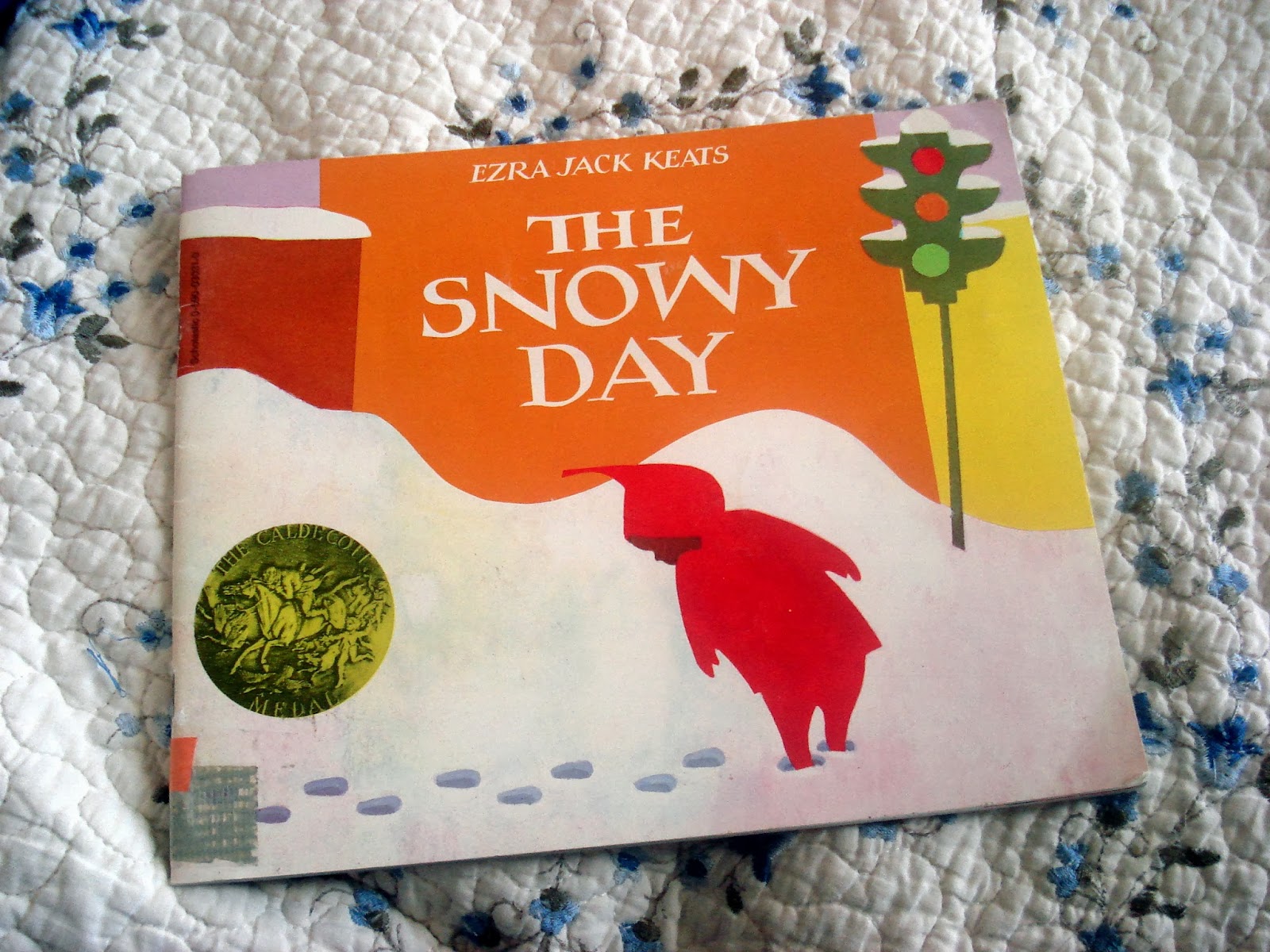 One of our first days with this book, we made our own play snow, for some fun sensory exploration!

We used a recipe similar to this one, except that I used corn starch instead of baking soda. (I'd recommend using the baking soda version...I think that's the one we've used in the past with more success.) 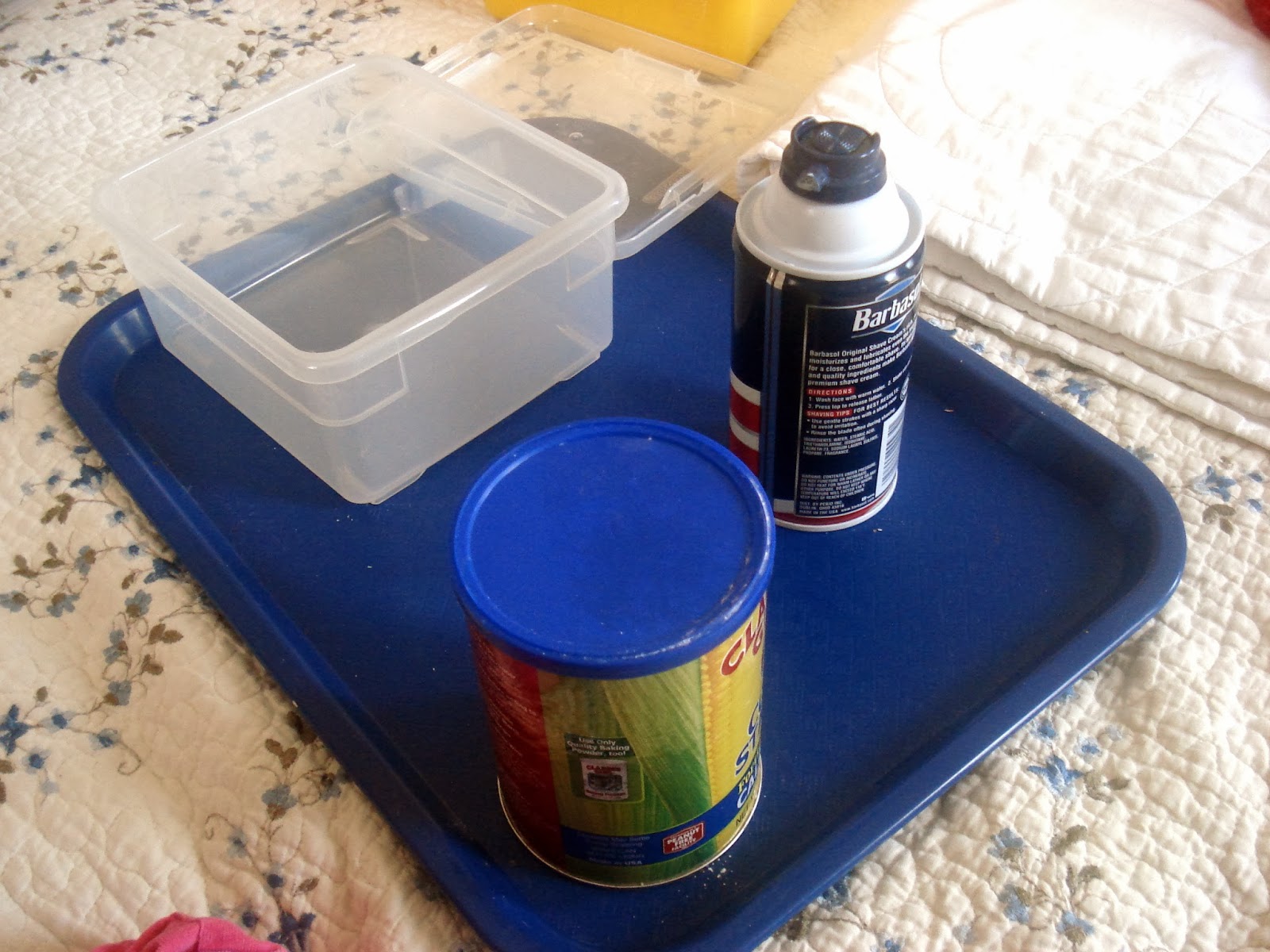 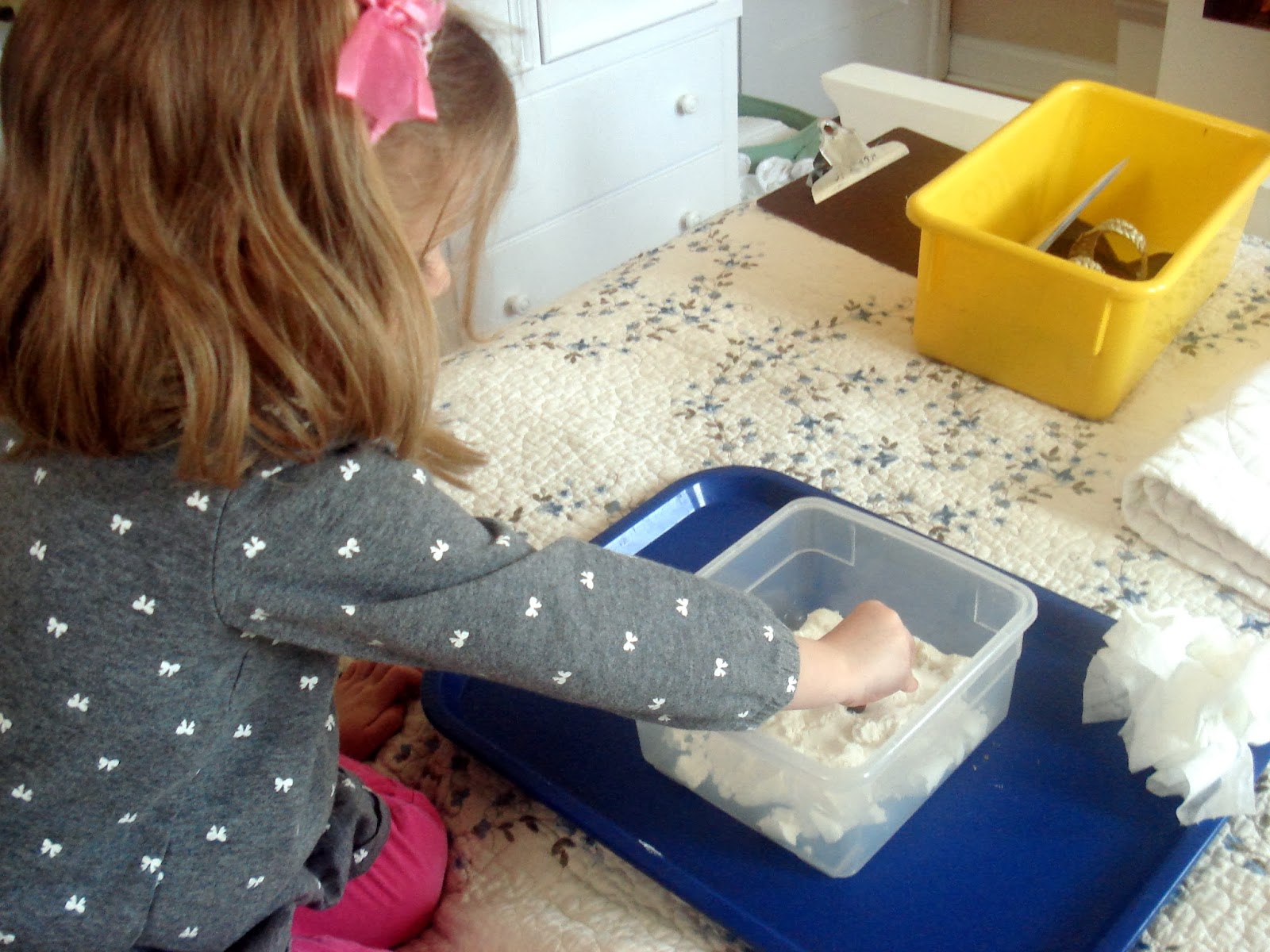 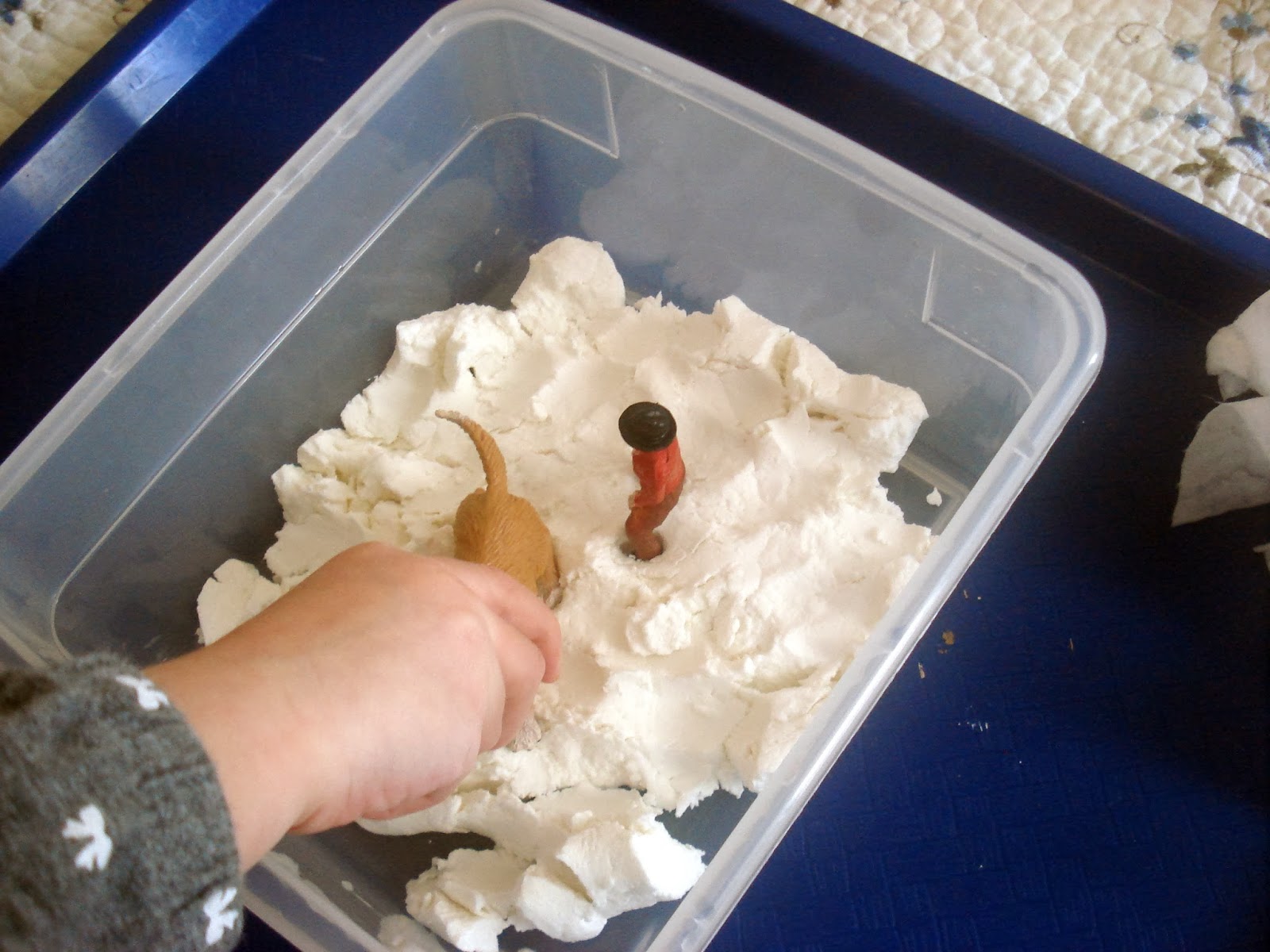 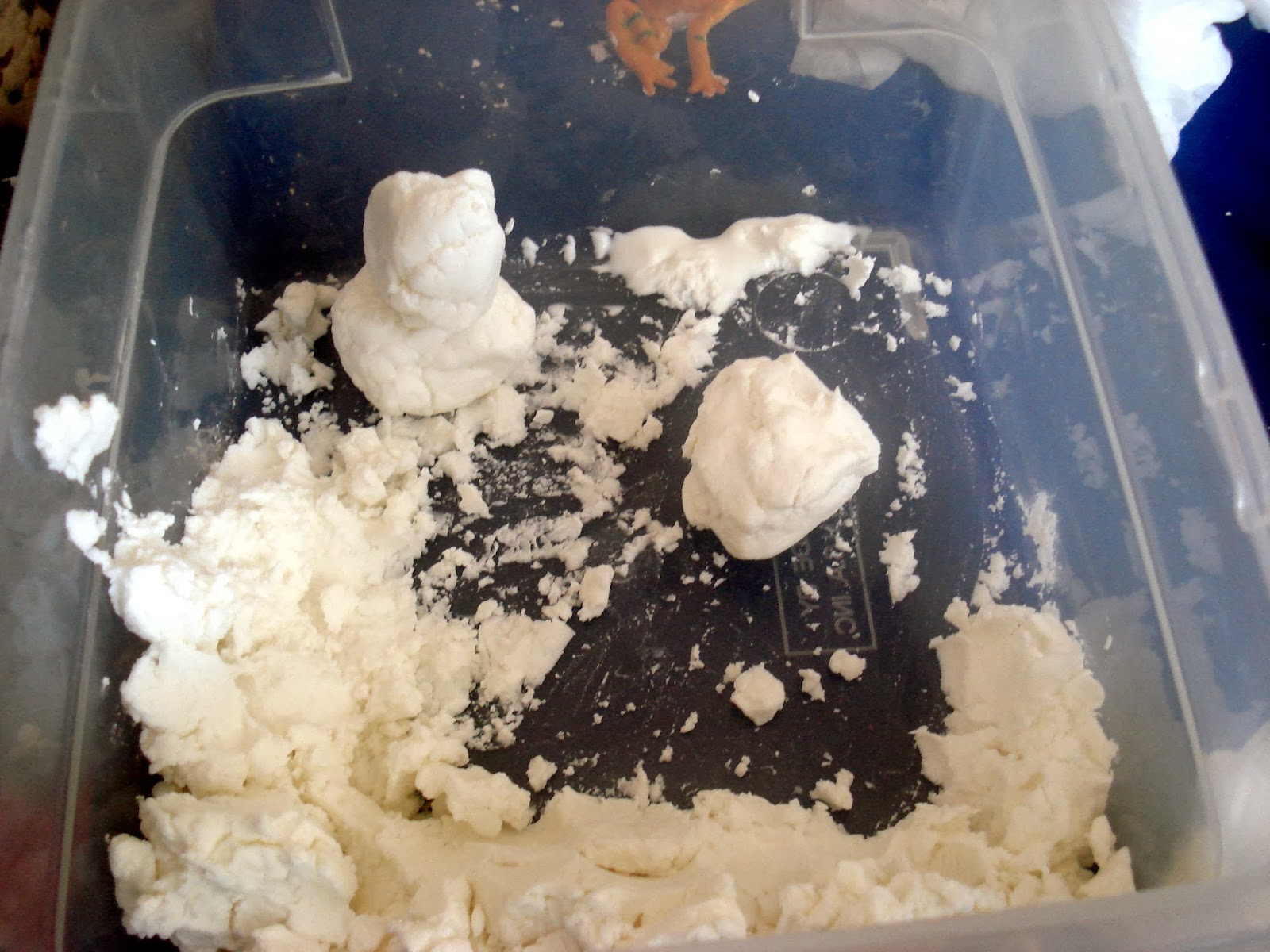 This little sensory bin was used for so many different things during our lesson that day! We pulled out some of her little figures and animals and made footprints (like Peter does in the book), we made "snowballs," we acted out scenes from the story, and Sister Stinky also had time to just do some free play (which she, of course, spent acting out scenes from Star Wars).

I switched up our math routine for the week with mixed results. I was trying to do a DIY version of the Montessori cards and counters, using the one-to-one correspondence cards from The Helpful Garden. I ended up switching from simple counters to little animals, to try and pique her interest. I had to adapt the activity a bit, because she just doesn't have the attention span yet to use the counters up to 10. 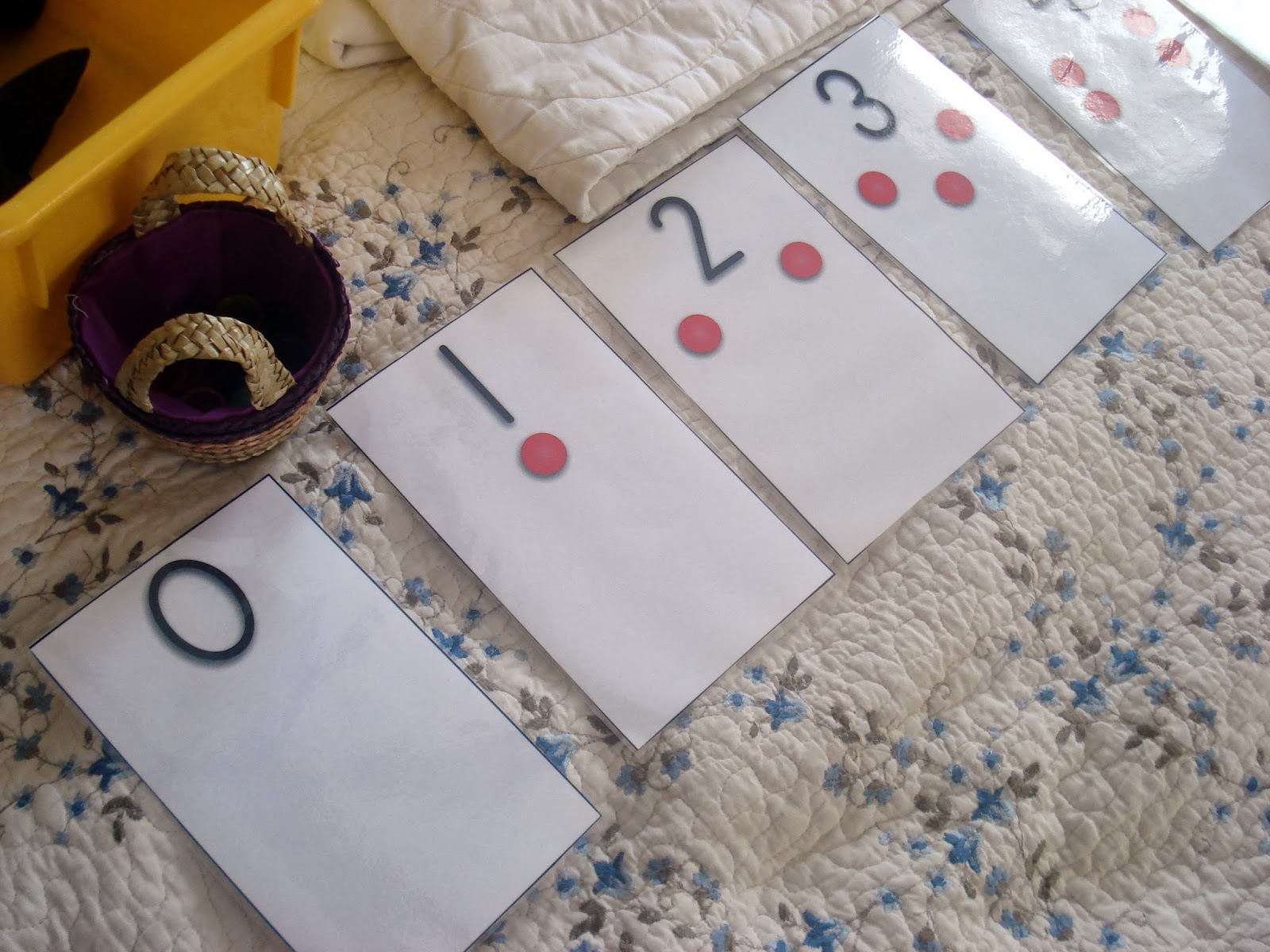 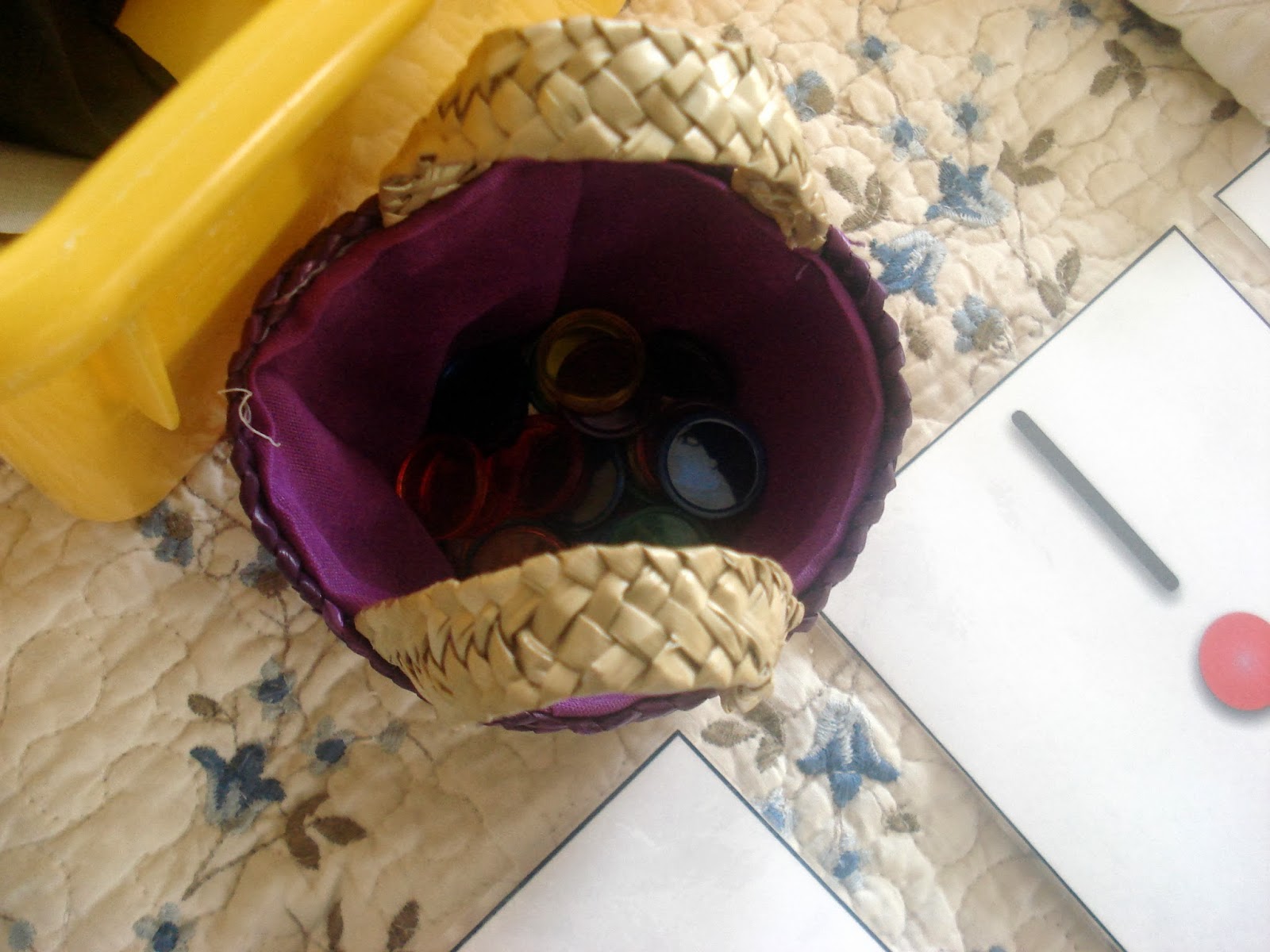 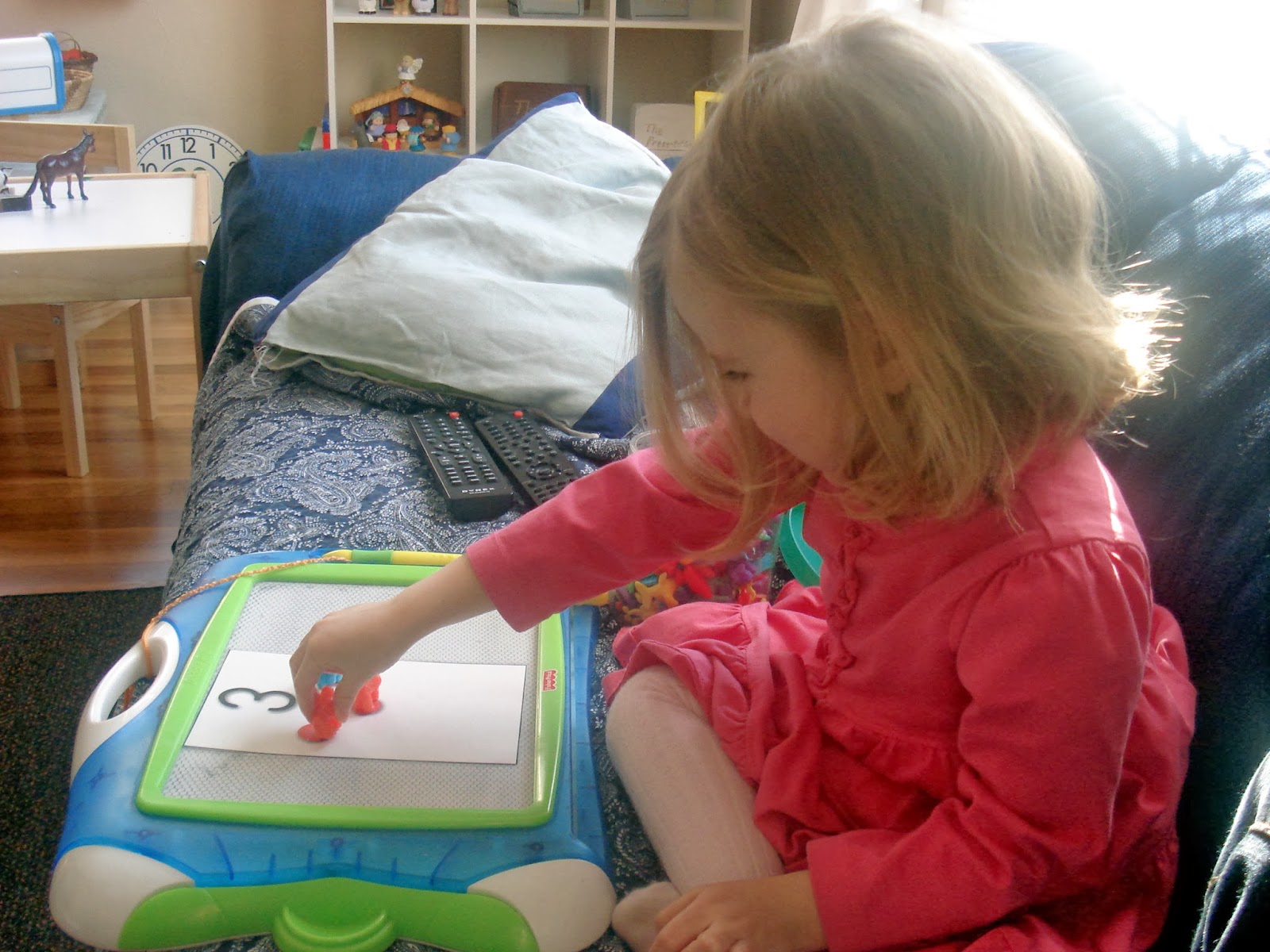 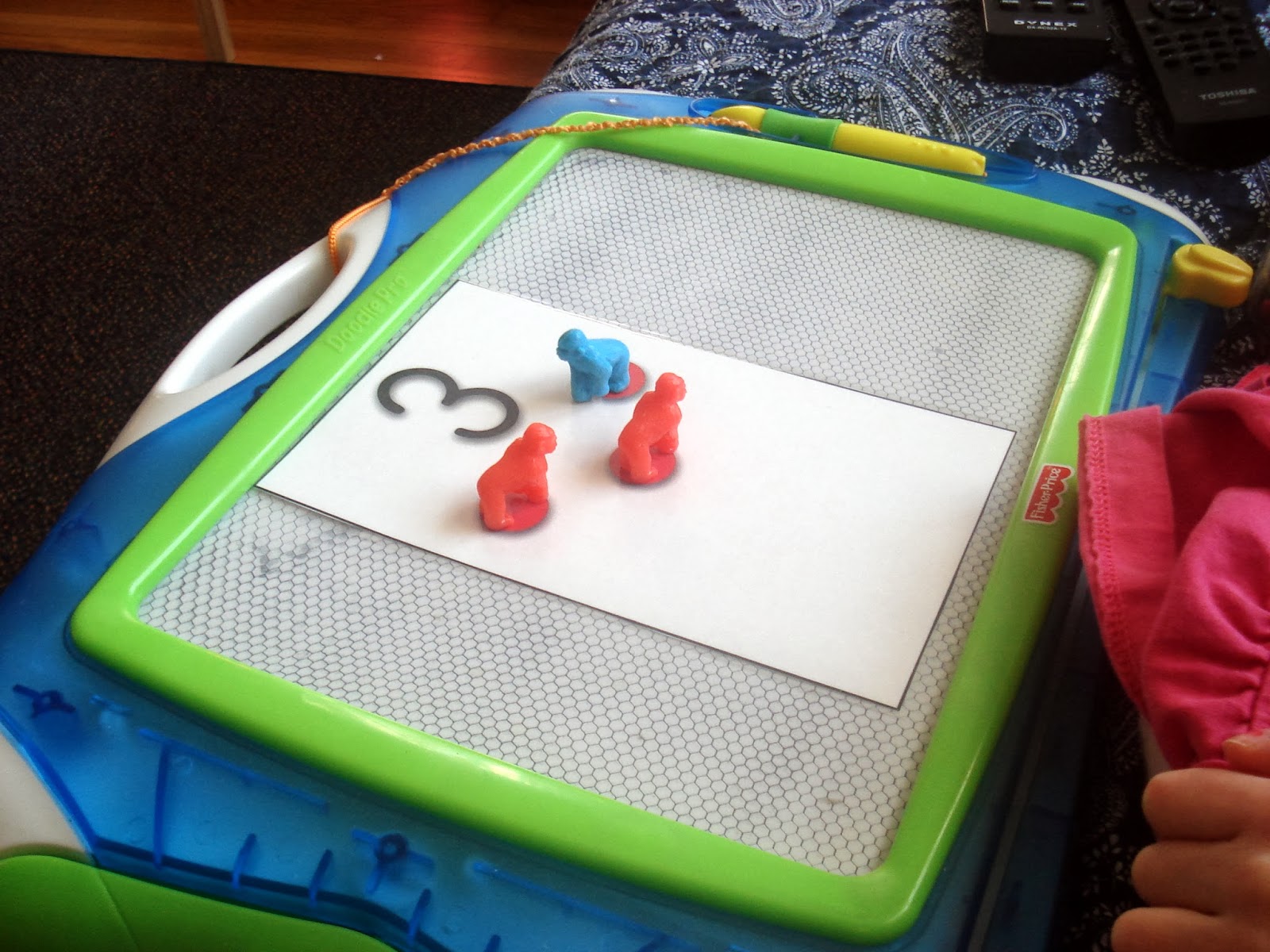 I tried something different this week, and made a simple file folder game/lapbook, using activities from Homeschool Creations. Sister Stinky enjoyed this so much, that I think I'll continue making these for future weeks. 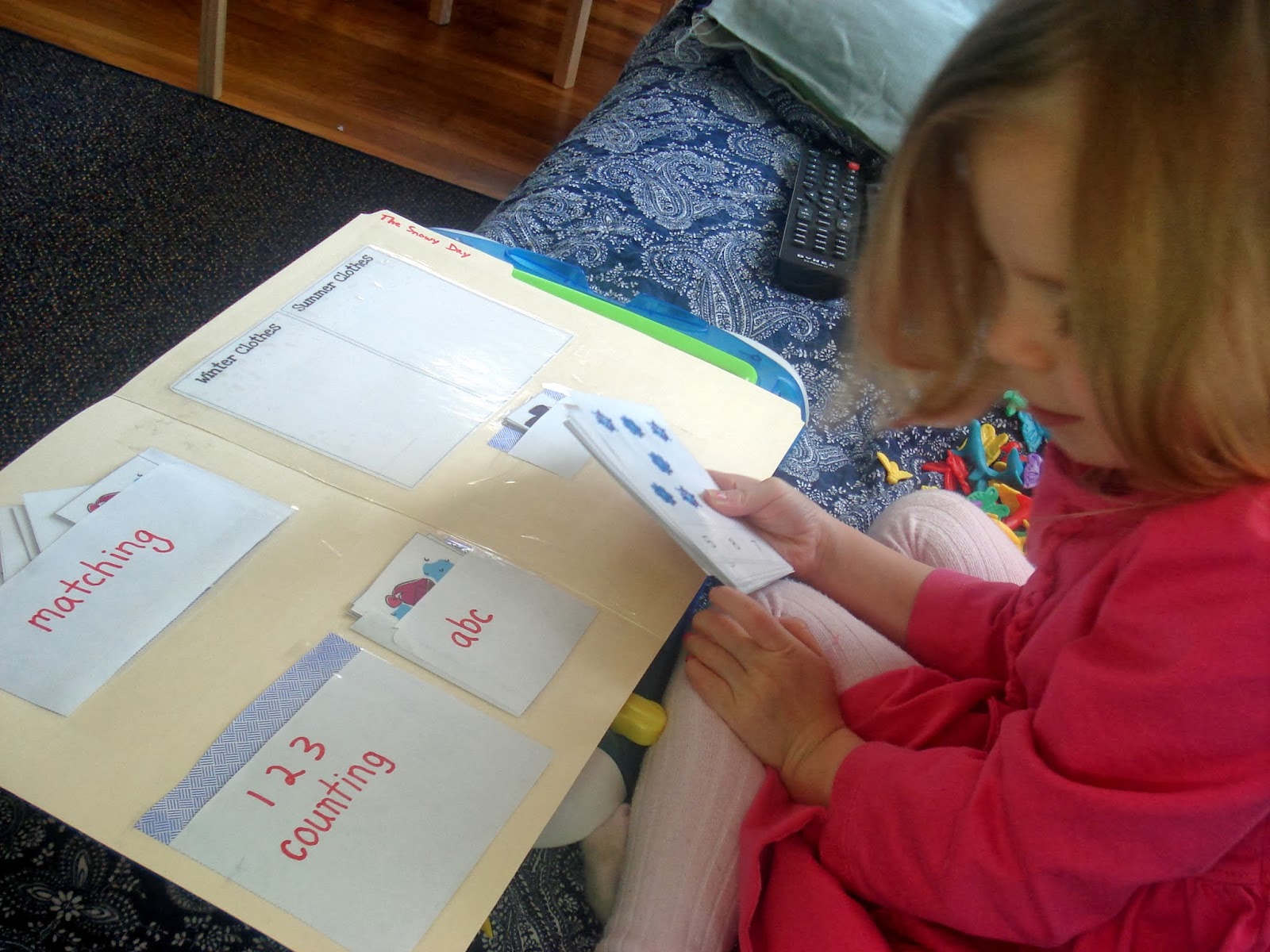 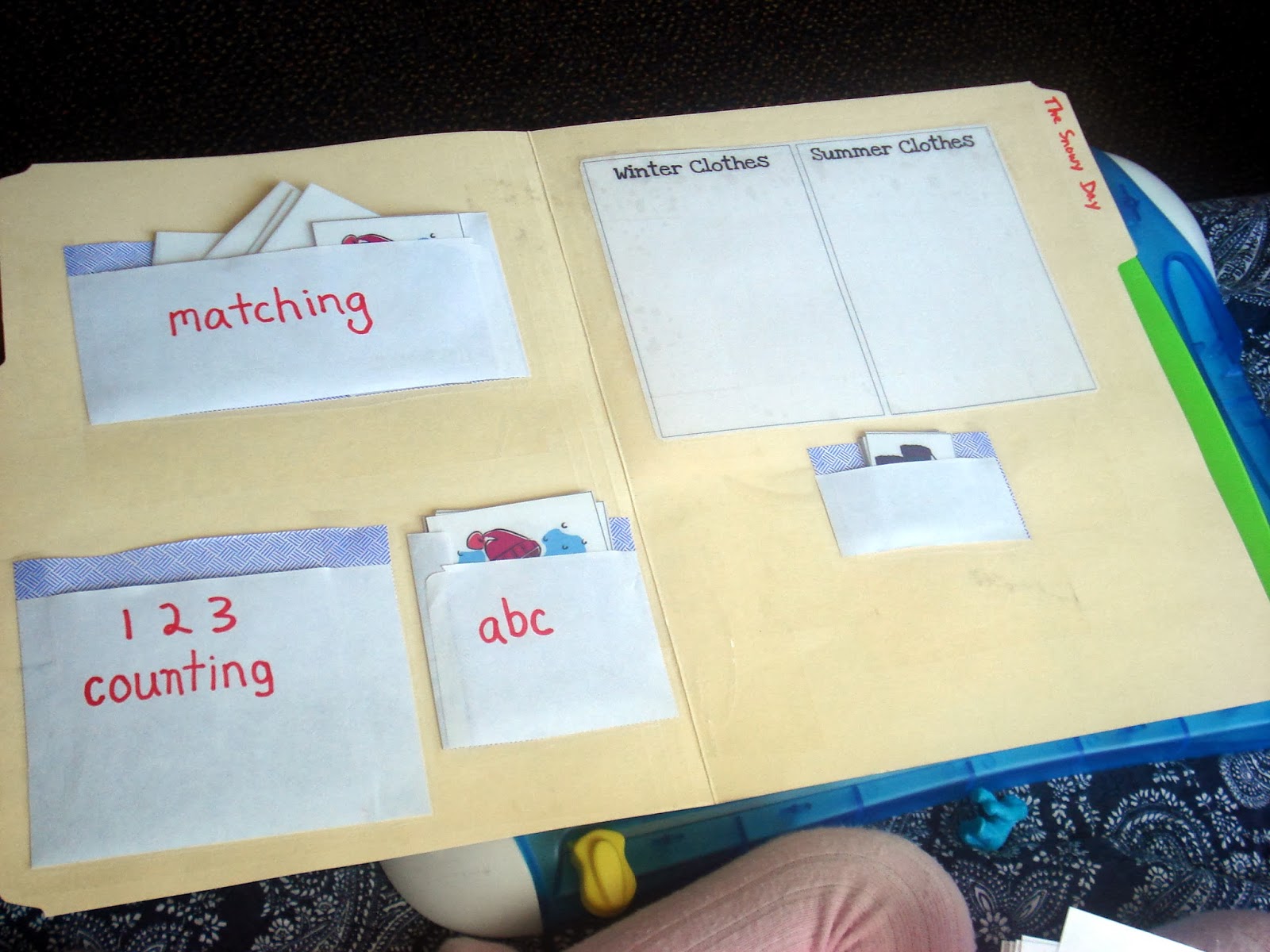 Finally, we did some "snowy day" painting, using cue tips and white paint. Sister Stinky wasn't a huge fan of this, because she wanted to use a paintbrush, so we switched over to that partway through. But I think cue tips could be a fun way to do snowflakes, if your child was interested! 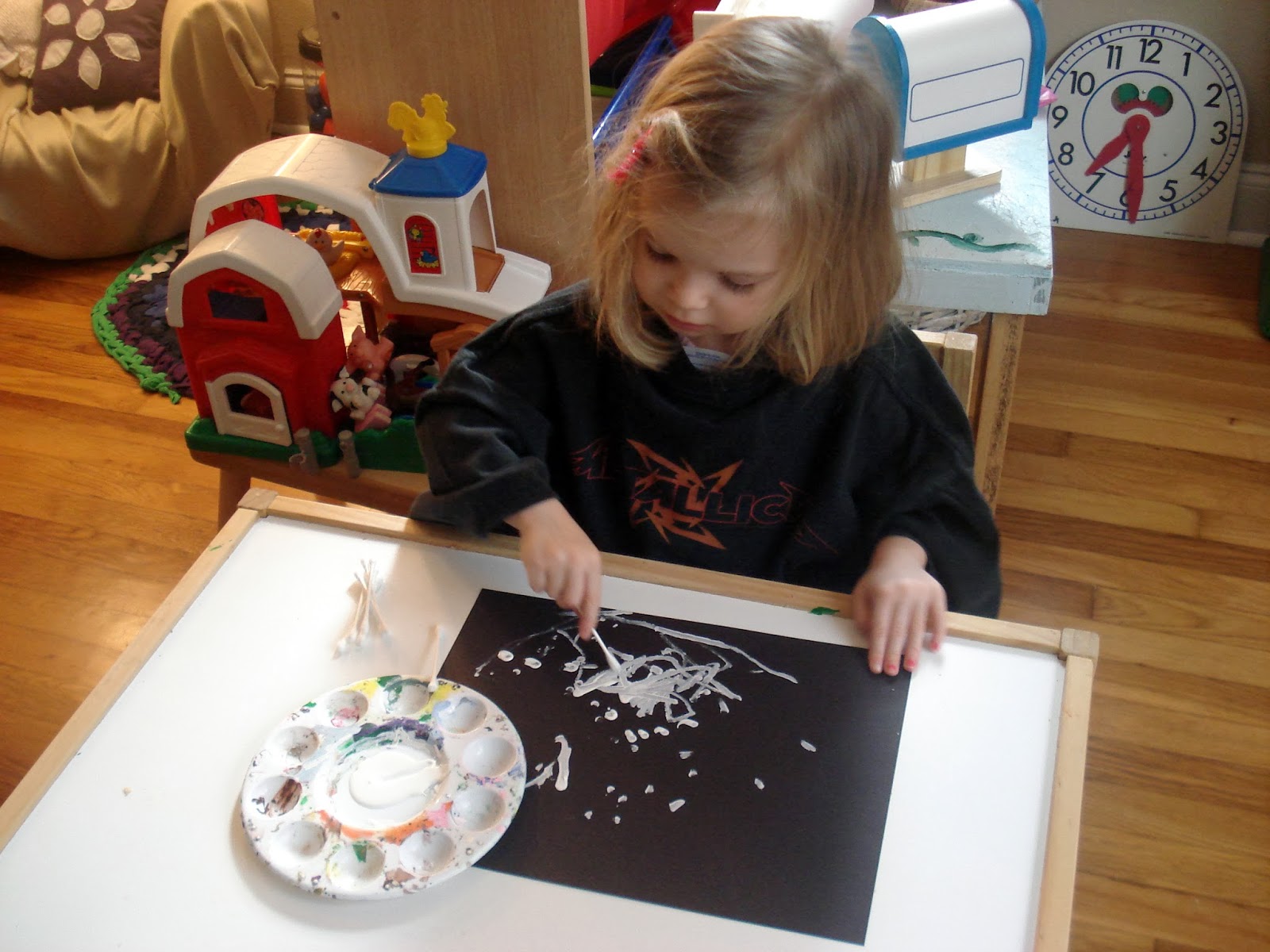 We also did some tissue paper cutting. The BFIAR book suggested making a picture by gluing cut strips of tissue paper, and perhaps painting them with water (to mimic some of the illustrating methods used in The Snowy Day). We couldn't track down our glue sticks, so we just ended up practicing our cutting skills a bit. 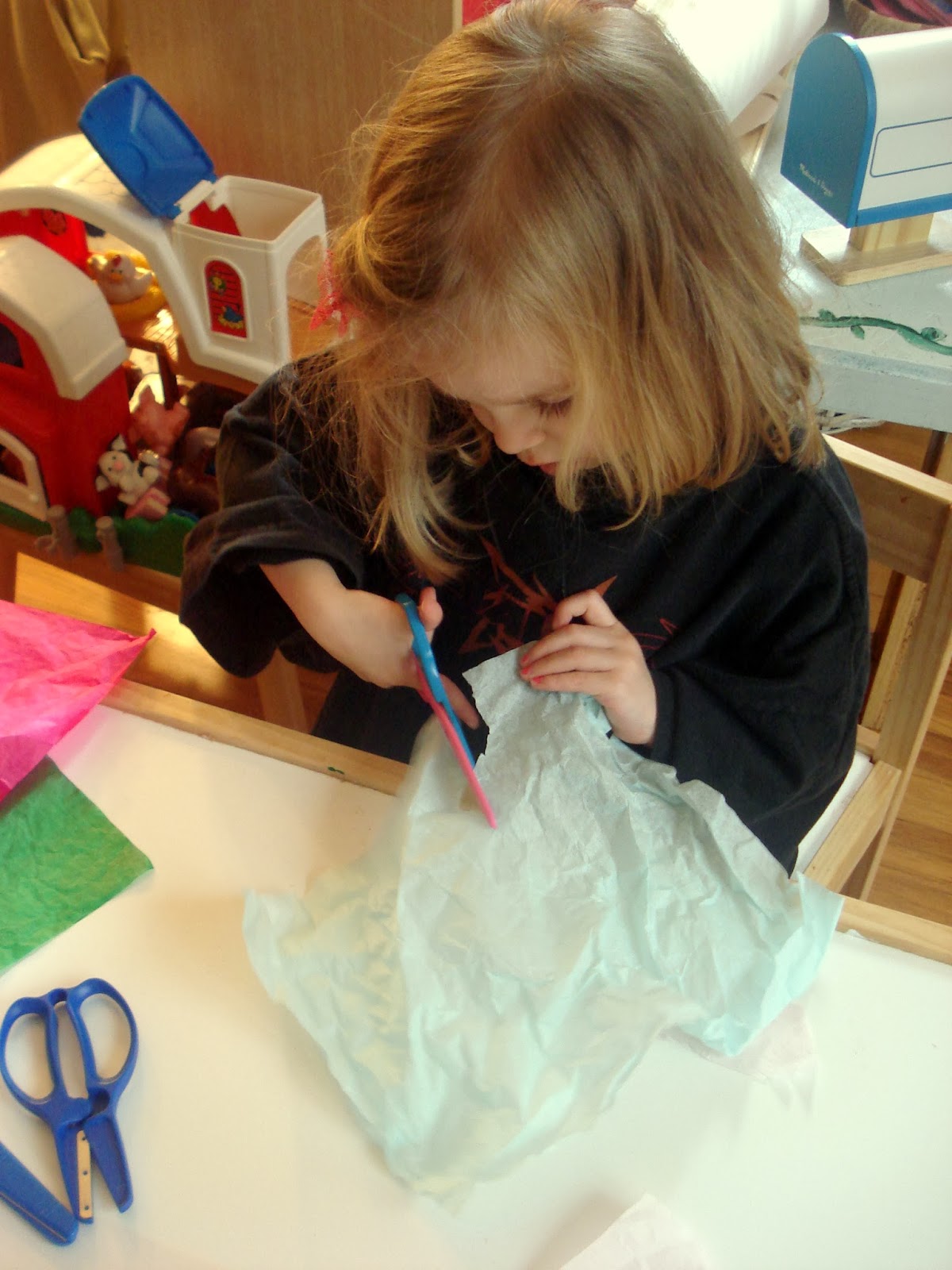