The Feast of St. Therese

How do I begin explaining my deep love for Therese? She is my dearest friend in heaven...my absolute dearest friend. I remember reading The Story of a Soul the summer before my senior year of high school, and eagerly riding my bike home from my summer job every day just so I could get home and read more.

You know, there are some people you are not initially drawn to as a friend, but you grow to love them dearly over time. I definitely have some saint friends like that in my life.

But then, then are some friends who you meet and instantly fall in love with. You don't need to explain yourself to them because, well, you just understand each other so completely because you are so alike. Therese is like that for me. I remember reading her autobiography and knowing, in my heart, that I had found someone who I could understand and who could understand me. I fell instantly in love with her, and she and I have been friends ever since.

St. Therese got me into Notre Dame. Did I ever tell you that story, friends? I wrote about her in my application essay. After I was accepted, I went for an overnight visit and met with my admissions counselor. She told me that the pool had been extremely competitive and that I had been in the final group of applicants that they were debating to let in or wait list. But, when she read my essay, and saw I had written about St. Therese, she knew she had to do everything in her power to get me in...because she had a deep love for Therese, too. So, yes, the intercession of my dear friend got me in the back door at ND. 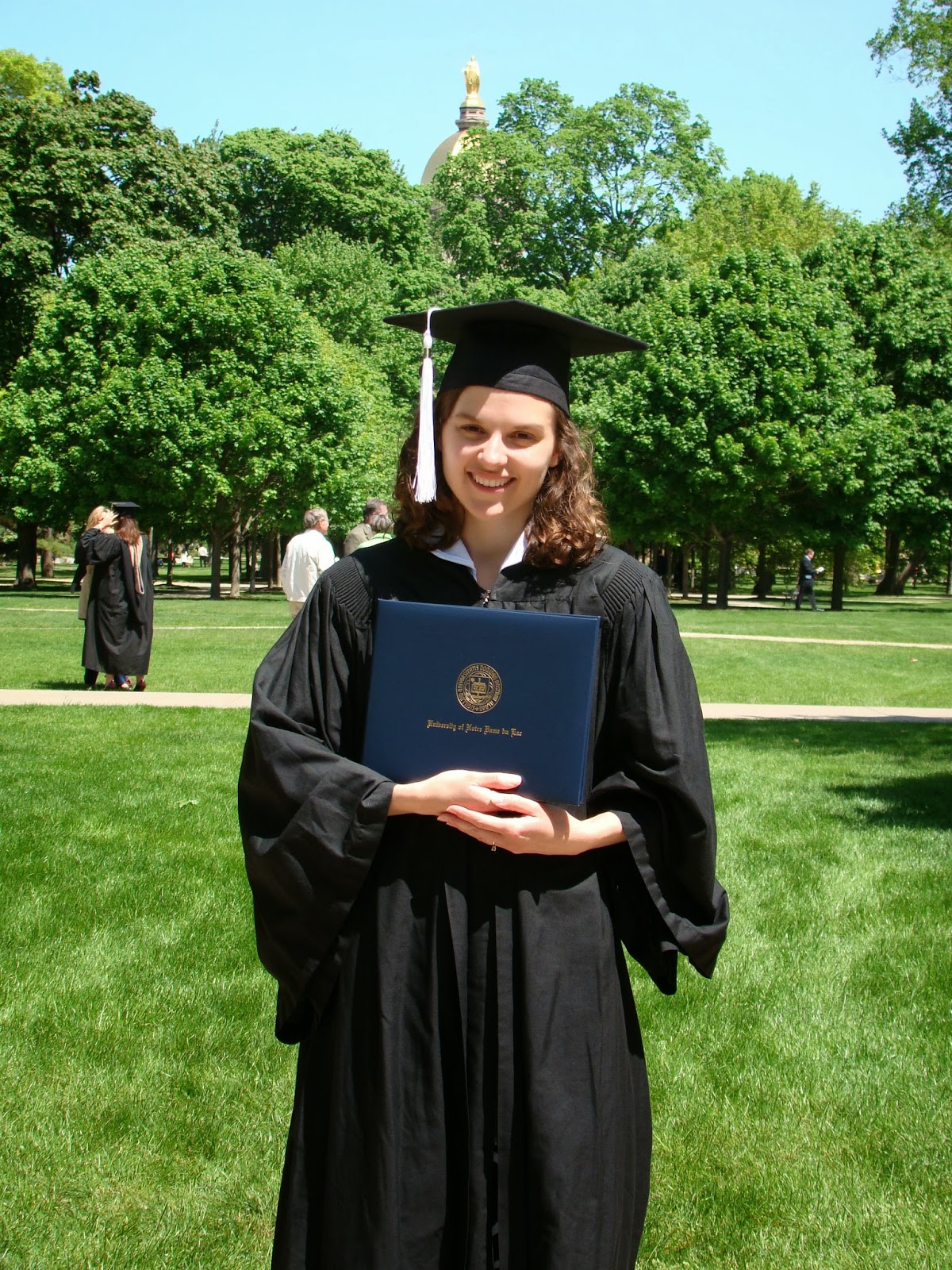 When the Abbot and I had only been dating a mere six months, we visited the National Shrine of St. Therese. While talking and praying together there that fateful May day, God began to do something new in our relationship, something that we didn't fully understand. A few days later, we began seriously discerning if we were being called to get engaged soon...sooner than either of us had expected. 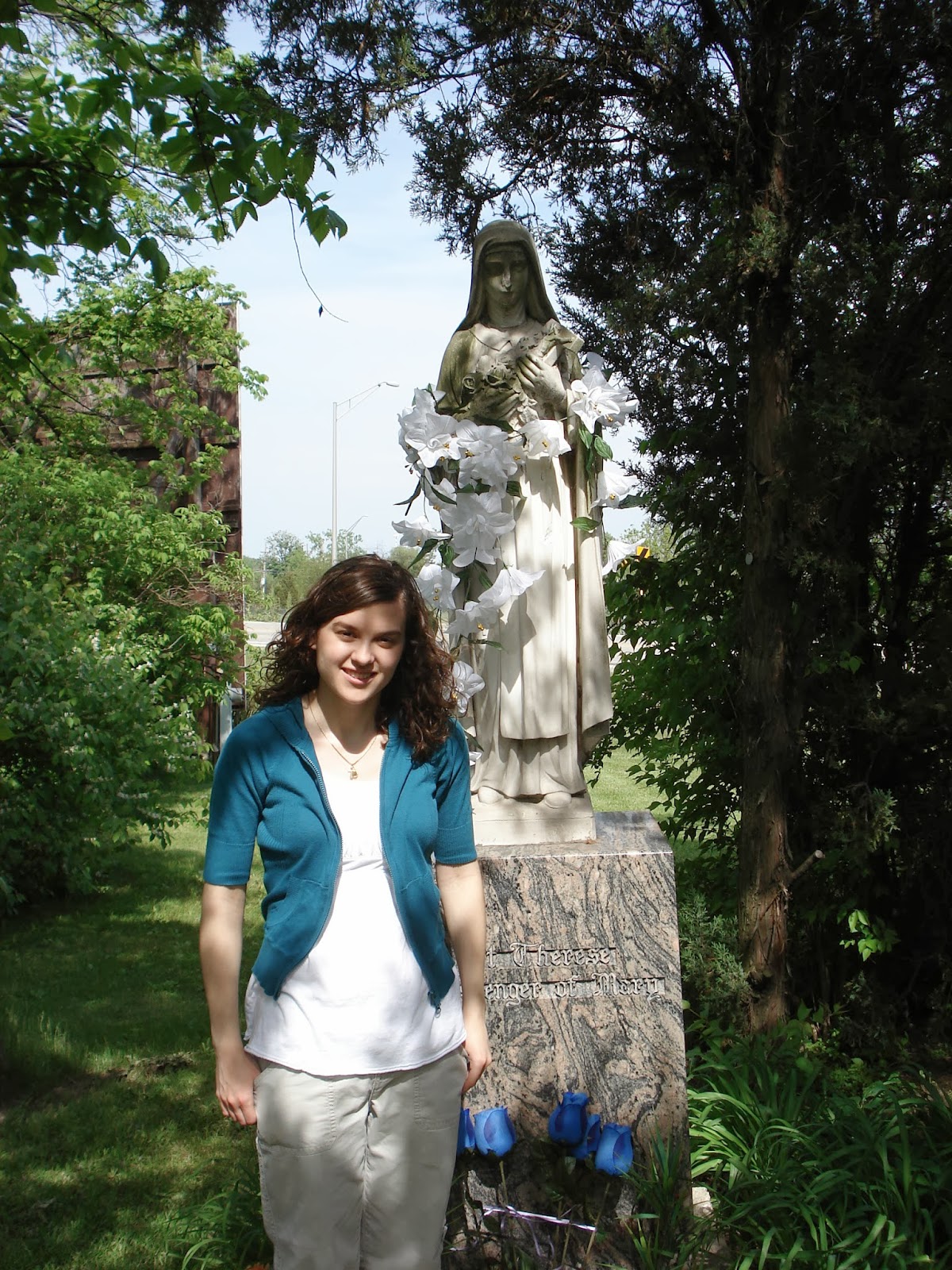 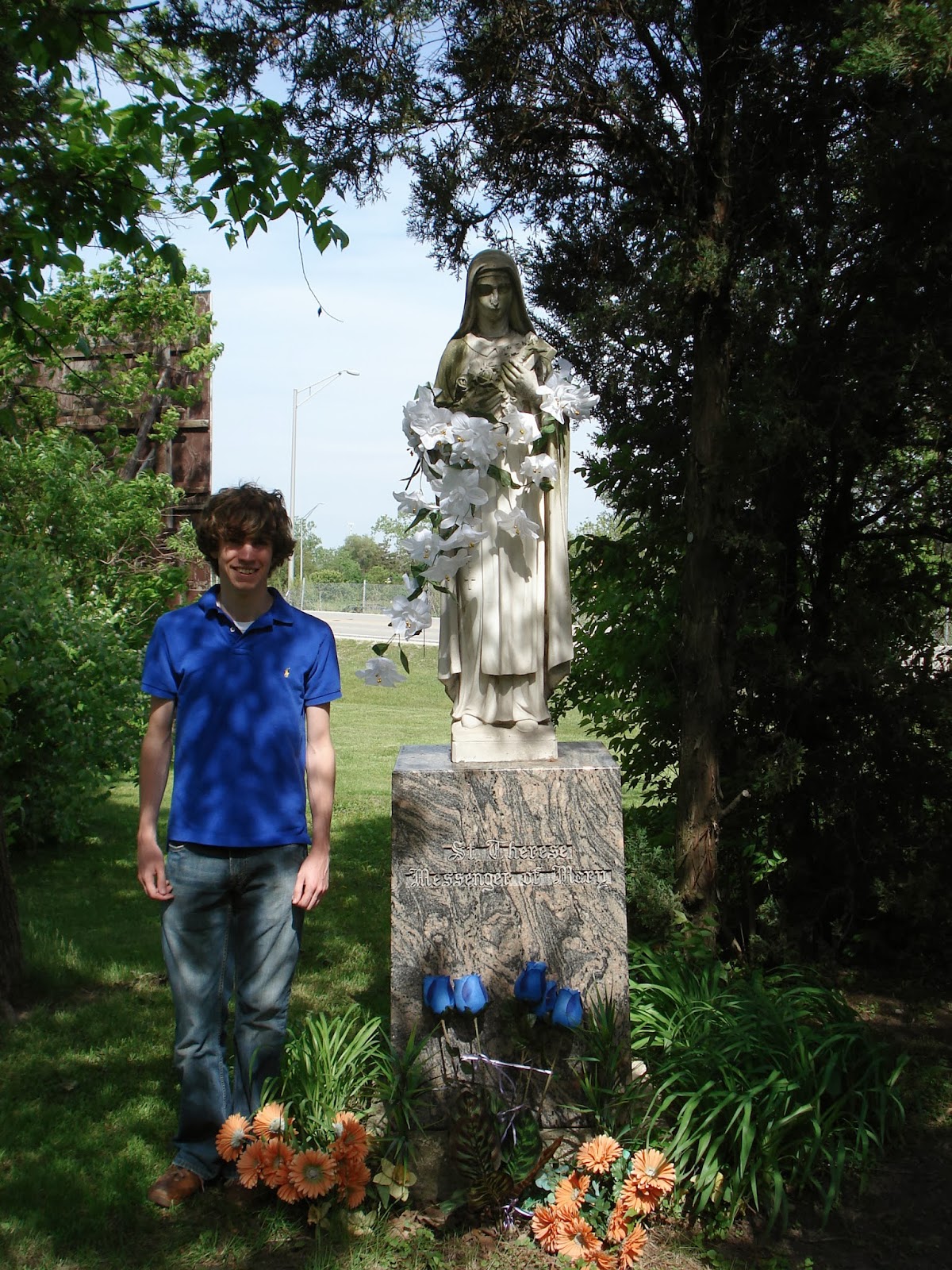 Months later, on a crisp and sunny October day, the Abbot surprised me, on the feast of St. Therese, with a trip to my favorite Carmelite monastery, the one I had grown up visiting. There, in front of a statue of St. Therese asking her father to allow her to say yes to her vocation, the Abbot got down on one knee and asked me to give God my own yes to my vocation. I look back on that day and treasure it in my heart. It was the most perfect day of my life - so peace-filled, so filled with joy. Under the patronage of St. Therese, we began our journey to being a family. 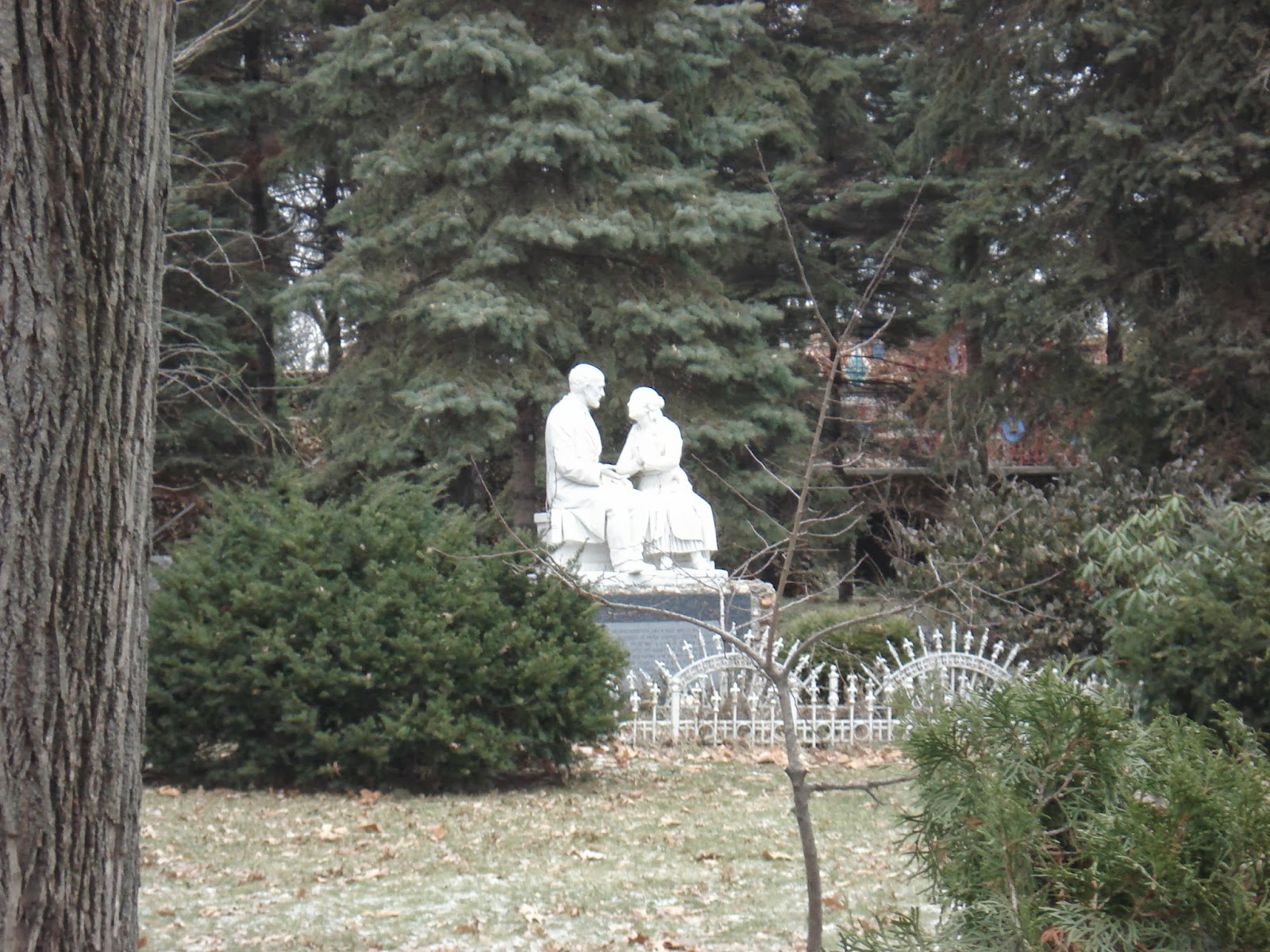 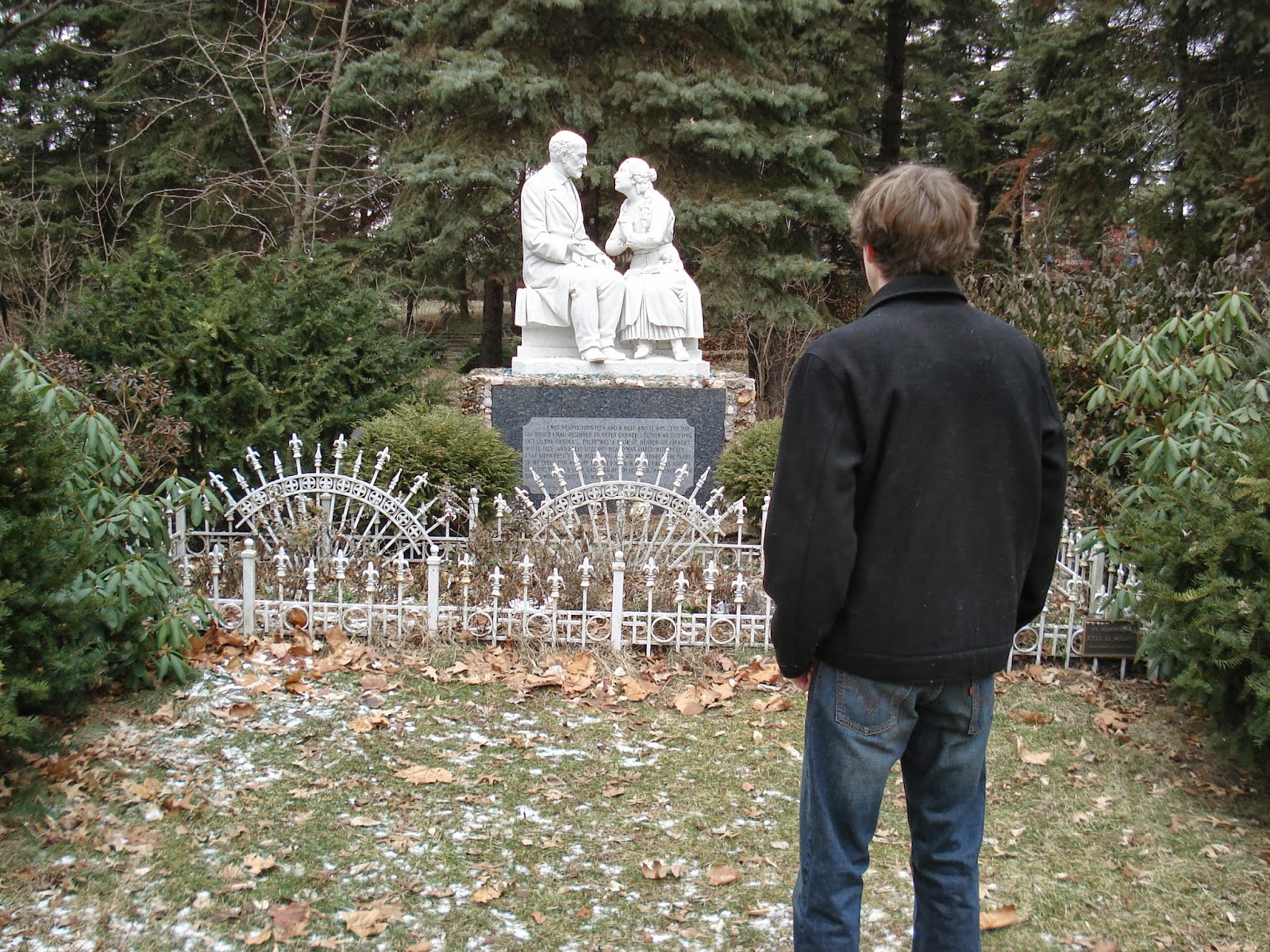 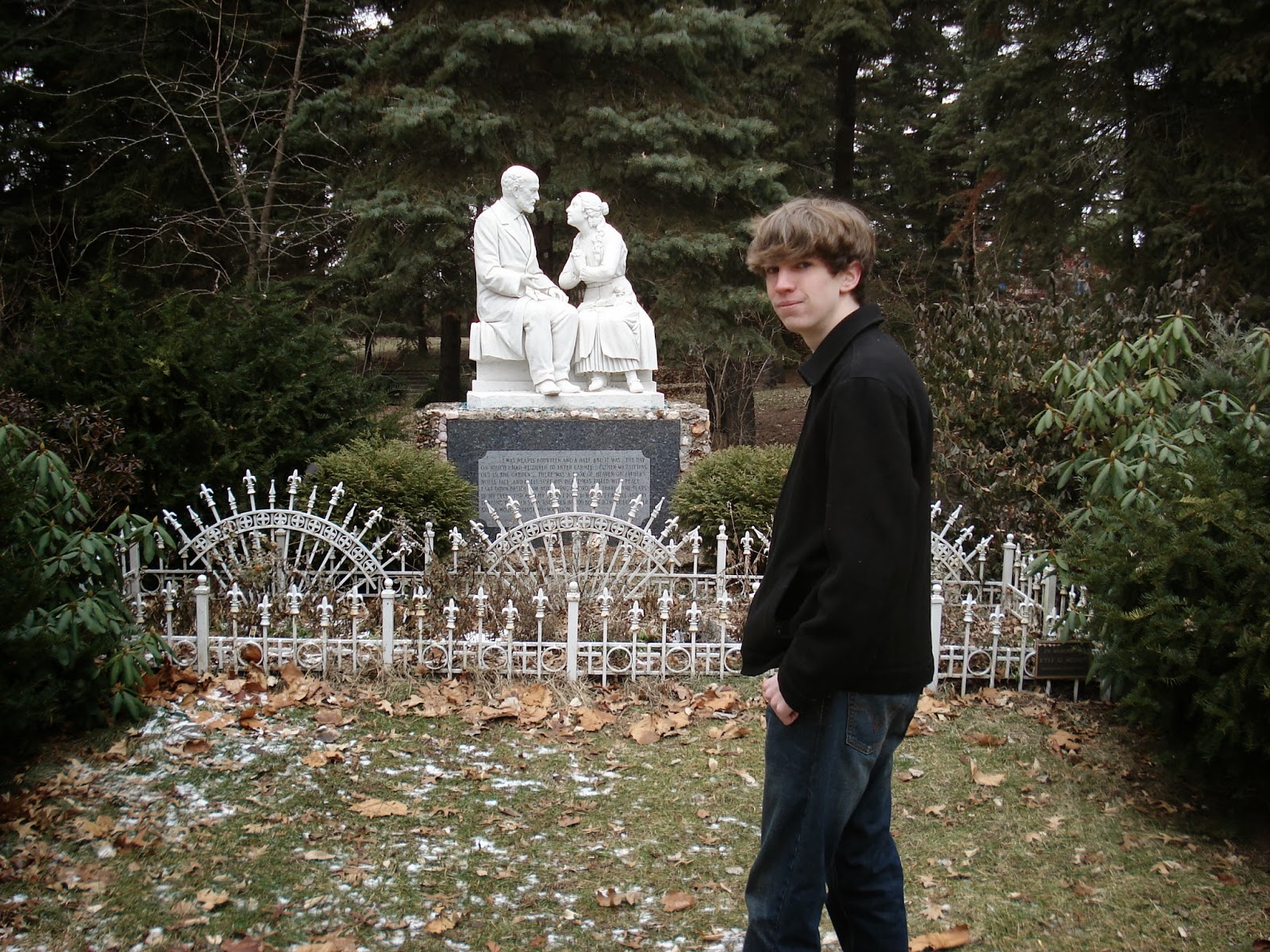 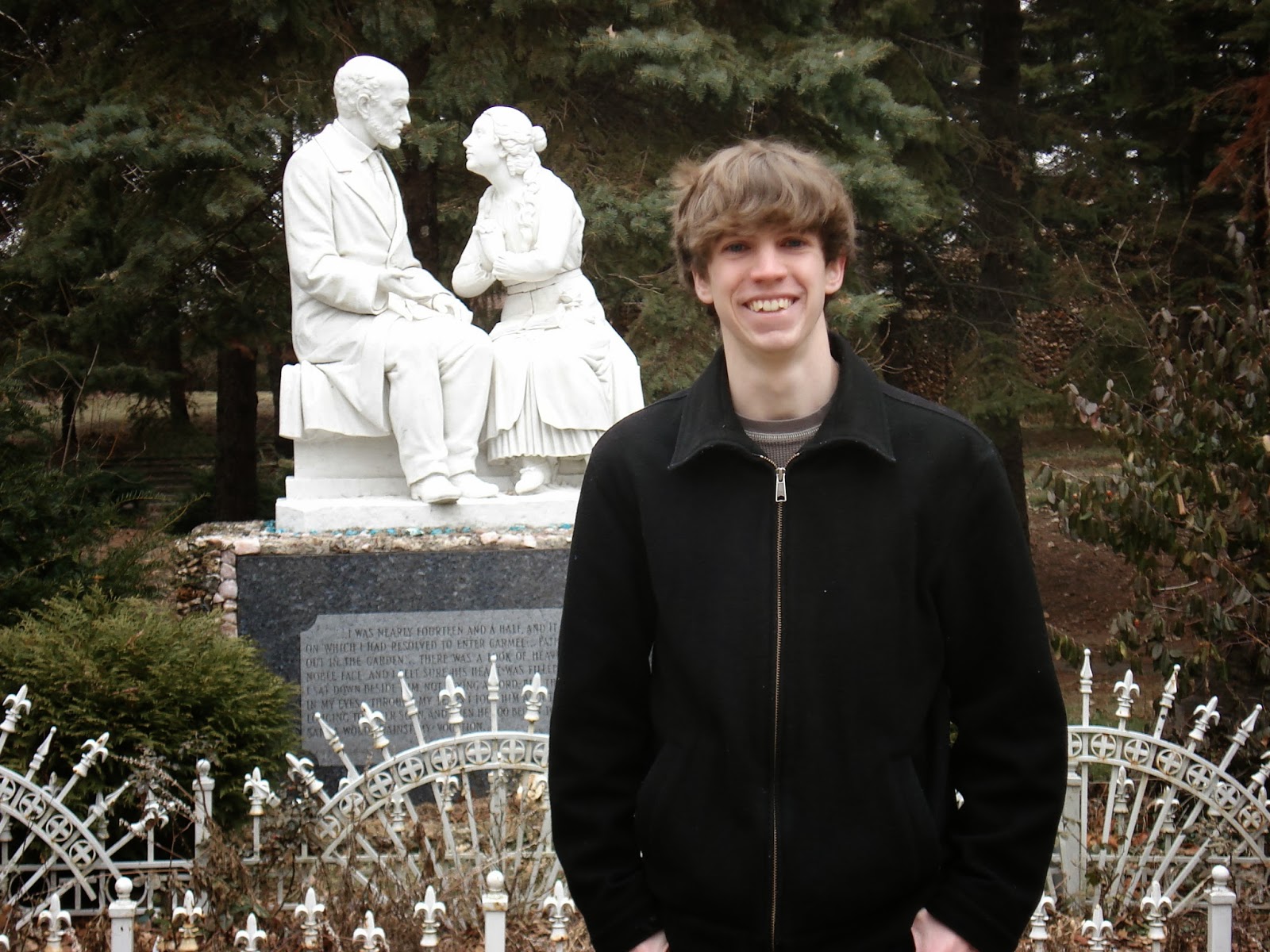 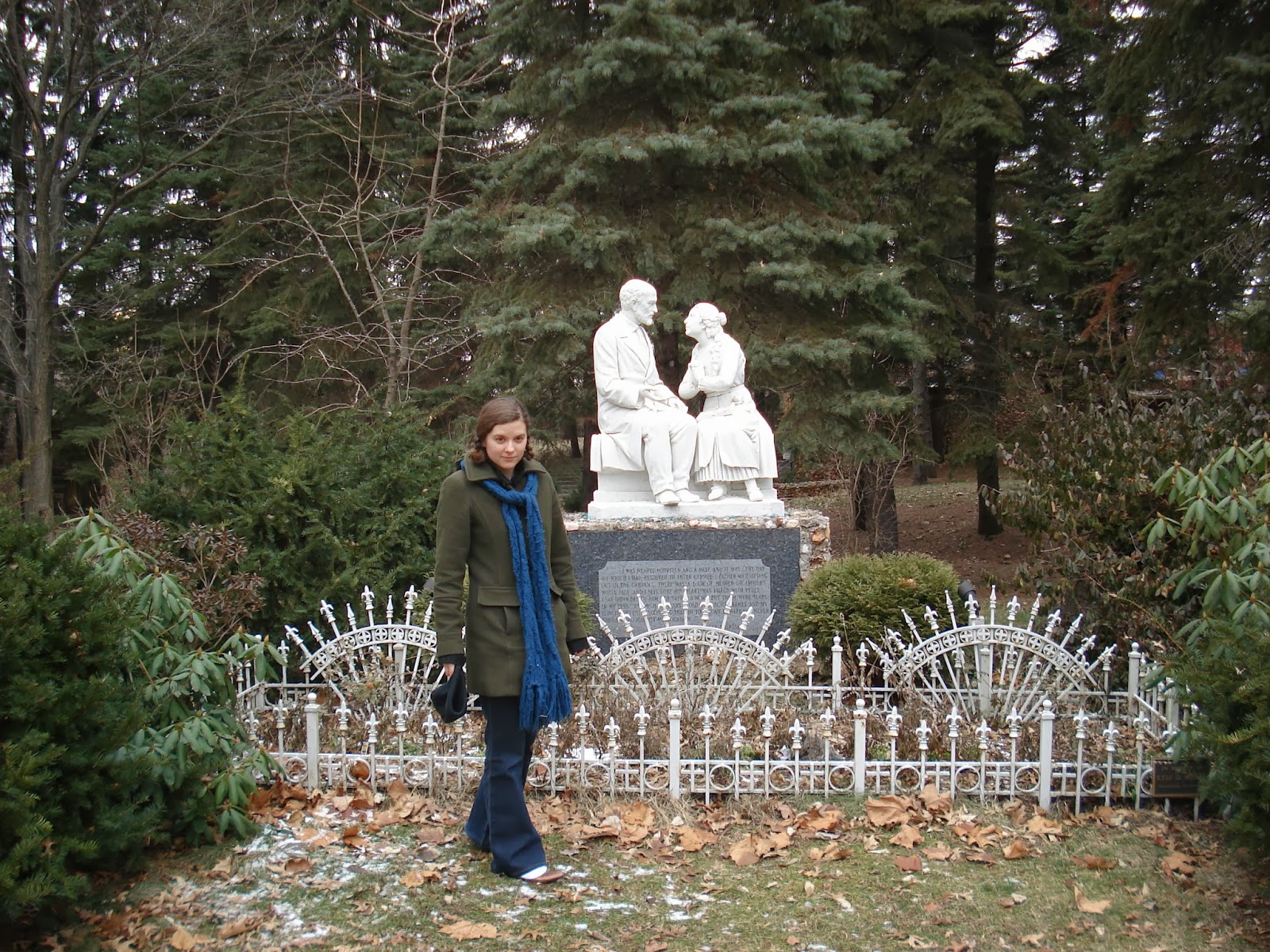 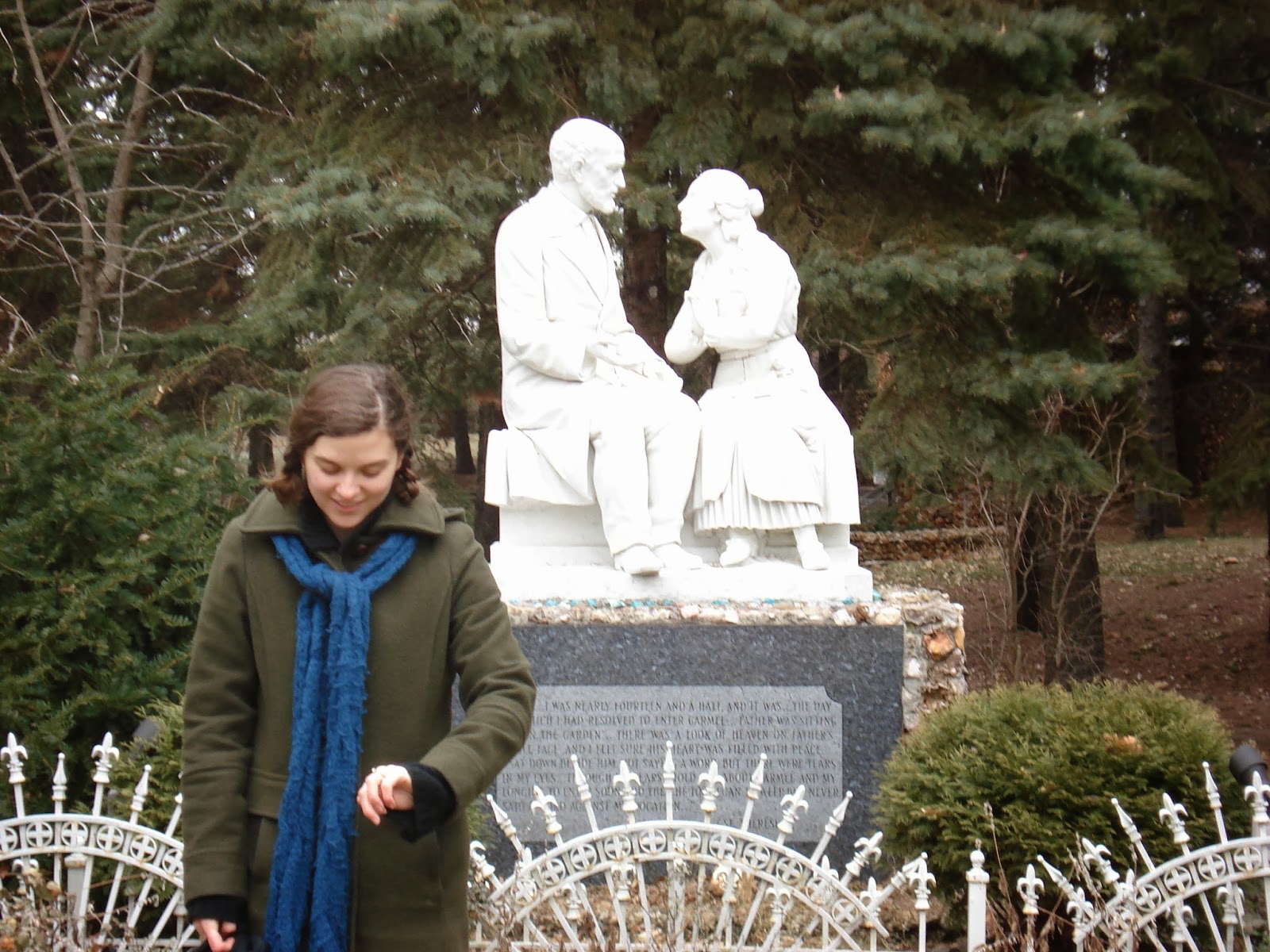 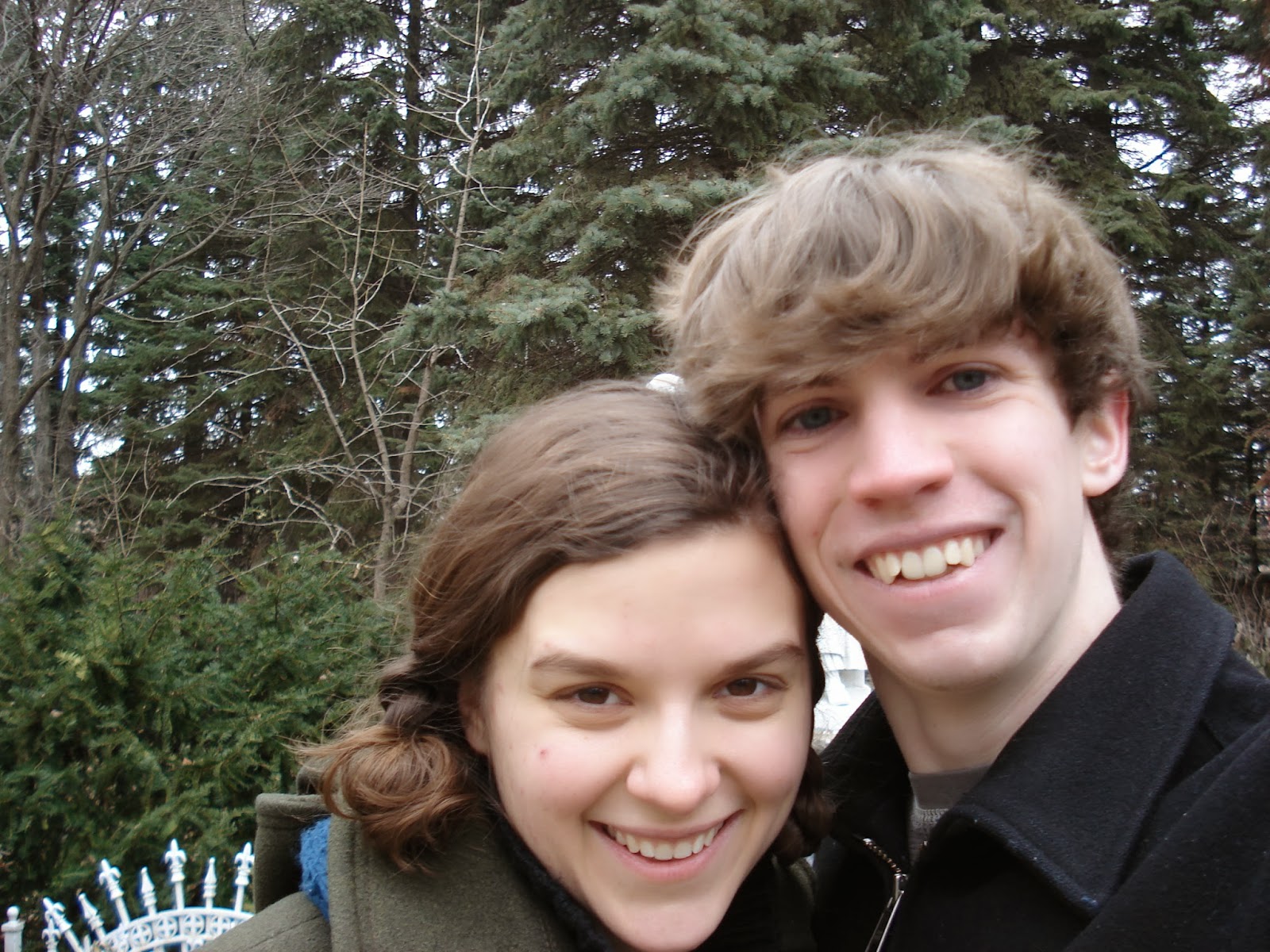 (Pictures not from the day of, but from a couple of short months later.)

And, just about two years later, we were blessed with Sister Stinky, whose patron saint is St. Therese. 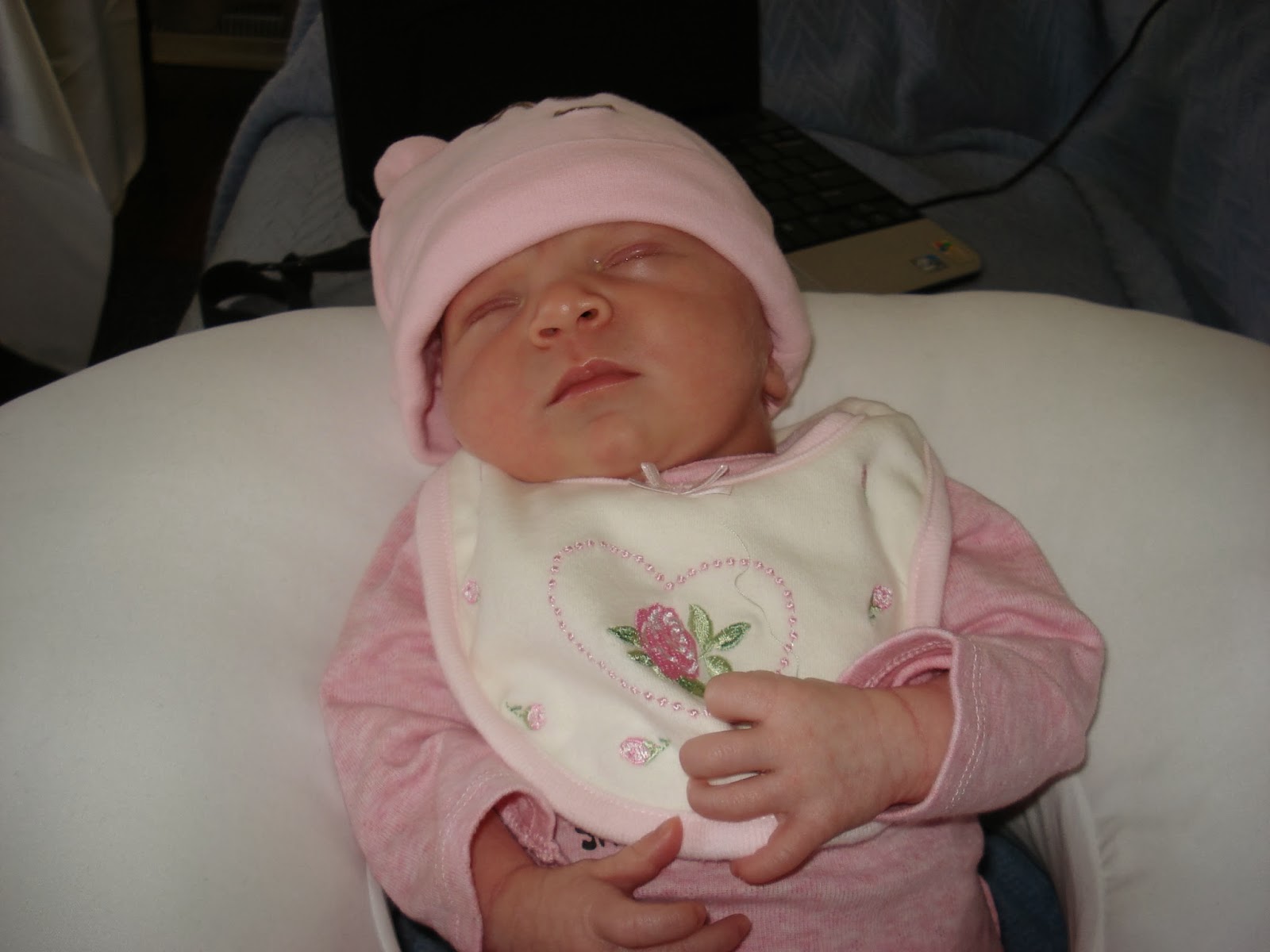 Therese continues to be such a dear friend to our little family. 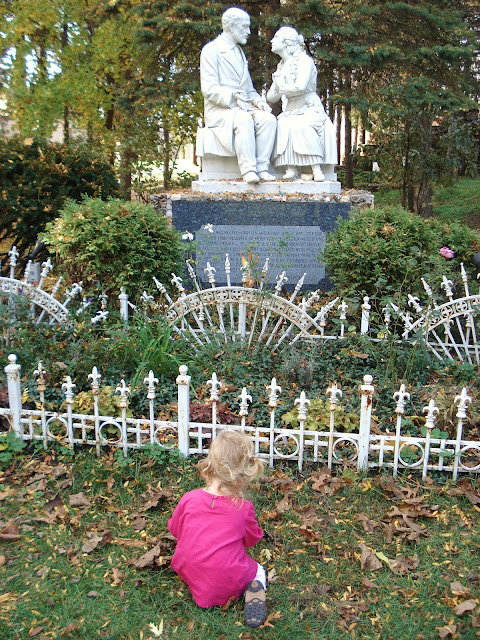 One of the reasons I fell so deeply in love with Therese, all those years ago, was because of her Little Way. Therese's Little Way of love gave me such hope - I did not have to do great things, but only do each of the little things I did with great love for God. Therese taught me how even suffering could be a blessing, if offered to God with great love. That lesson changed my life.

I look forward to her feastday every year. I especially look forward to it now that I have a daughter who has St. Therese as her patron. But today...oh, today my good friend Therese must have really been interceding for my holiness. To paint you an image of the kind of morning that we had, the Abbot carried Sister Stinky to her room screaming and kicking more than once in the span of several hours. (Thank goodness he was working from home this morning! The poor man saved me with his multiple interventions.) Have you got that image in your head? My near three year old being carried kicking and screaming, being forced to do the right thing?

But ohhhh...that friend of mine. That Therese. She's good.

I've probably mentioned before that, before being married and having children, I really thought I was a holy person.

But holiness...ohhhh....holiness is not as glamorous as I thought, friends. In fact, it's downright hard and unromantic most of the time. My vocation has taught me that, and has humbled me beyond compare. And today, well, today I think that my dear friend Therese was interceding for me to grow in holiness a bit. To love greatly in little ways. Can you be patient with the whining two year old? Can you give her a hug and a kiss even when you feel like screaming? Can you smile at her and acknowledge how hard she's trying to be quiet for the sleeping baby, even when her "whispers" are inadvertently keeping the baby up? Can you love her, even when she's difficult?

Oh, my dear Therese. You have taught me so much in all these years of friendship. And you continue to teach me. But do you know what the gamechanger is, Therese? Your prayers for me. Heaven knows where I would be without your prayers, my sweet friend. Please keep them coming. 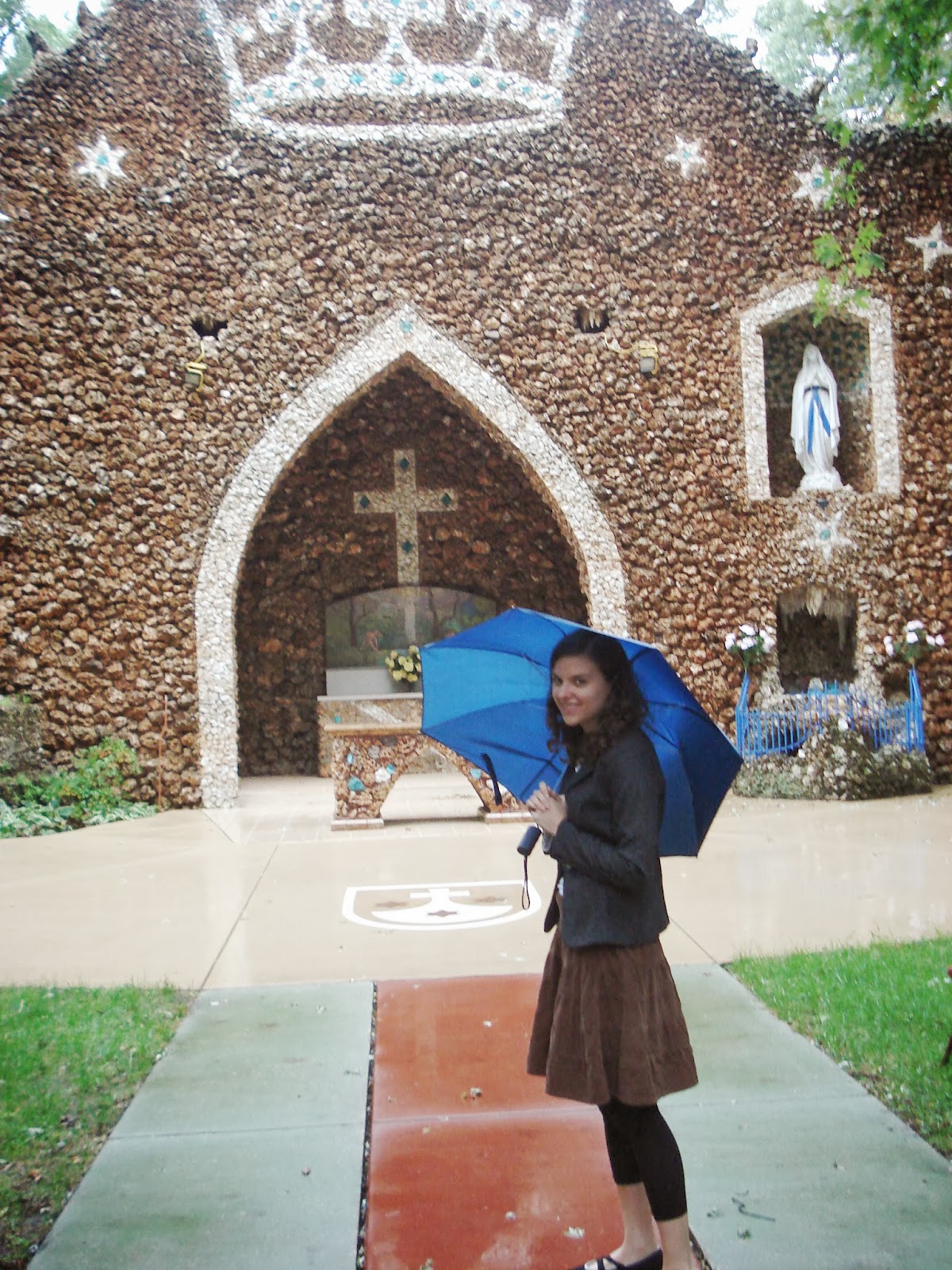 Happy Feast of St. Therese! My prayer for you this day, my dear friends, is that Therese may become your friend, too. :-)