A Different Kind of Prayer...

Linking up, as always, with the lovely ladies of Fine Linen and Purple for "What I Wore Sunday."

When Sister Stinky was a baby, I spent many a Mass pacing the back of the church, trying to get her to go to sleep.

Fast forward three years....to Mass this Sunday. I spent a good portion of it - you guessed it! - pacing with a baby who was trying to fall asleep. (Different baby, same drill.) And it wasn't stressful, it was almost...relaxing. It was just a part of the rhythm of the life of a mother.

Granted, my post-partum experience this time around has been worlds different (that's what comes of swimming through the experience of post-partum depression instead of drowning through it...it's still post-partum depression either way, but having the right kind of support makes it much more manageable). But even that aside, I view my vocation very differently now than I did at the start. I'm less worried about doing things perfectly, and more concerned about trying to do them with love. I am more aware of the importance of slowing down life to accommodate these little people. Most importantly, with the birth of this second child, I'm starting to see my motherhood as a way of life. I'm not just rushing though having a baby, trying to get this stage over with as fast as possible. I've seen the value of these early stages, the importance of cradling your child at Mass from the start.

Sister Stinky has taught me so much.

The most valuable lesson she has taught me, though, she has done effortlessly. She has taught me that children grow up. I know that sounds blatantly obvious, but when you're a first time parent it sometimes feels like some stages will never end. I now know that they do. I now know what it's like to have a child at Mass who doesn't have to be taken out once (well, at least doesn't have to be taken out most Sundays), and who can verbally express her love for Jesus. I know that if you persist in the early phases you will eventually reach the later ones.

And so, cradling Sister Nugget, I could see - this is my prayer. I am not waiting for a time when I can sit straight through Mass anymore. Rather, I can see, really see, that this is the prayer that Jesus is asking of me right now. This is an especially precious grace to be given to me, considering that I used to - in my single days, that is - be the kind of person who was scrupulous and stressed about not even leaving Mass to go to the bathroom and worried about whether or not I was paying attention well enough, etc. God has shown me that what he really wants from me is my love, and he gives me the opportunity to show that to him each and every day, through my vocation. He is showing me that, as Paul writes in the 12th chapter of his 2nd letter to the Corinthians, God's grace truly is enough for me, and that it is through my weakness that I will get to heaven. The longer I am a mother and wife, the more I see that being weak reminds me of my need for God. What a gift that truly is...and what a wonderful way to receive that gift. I mean.... 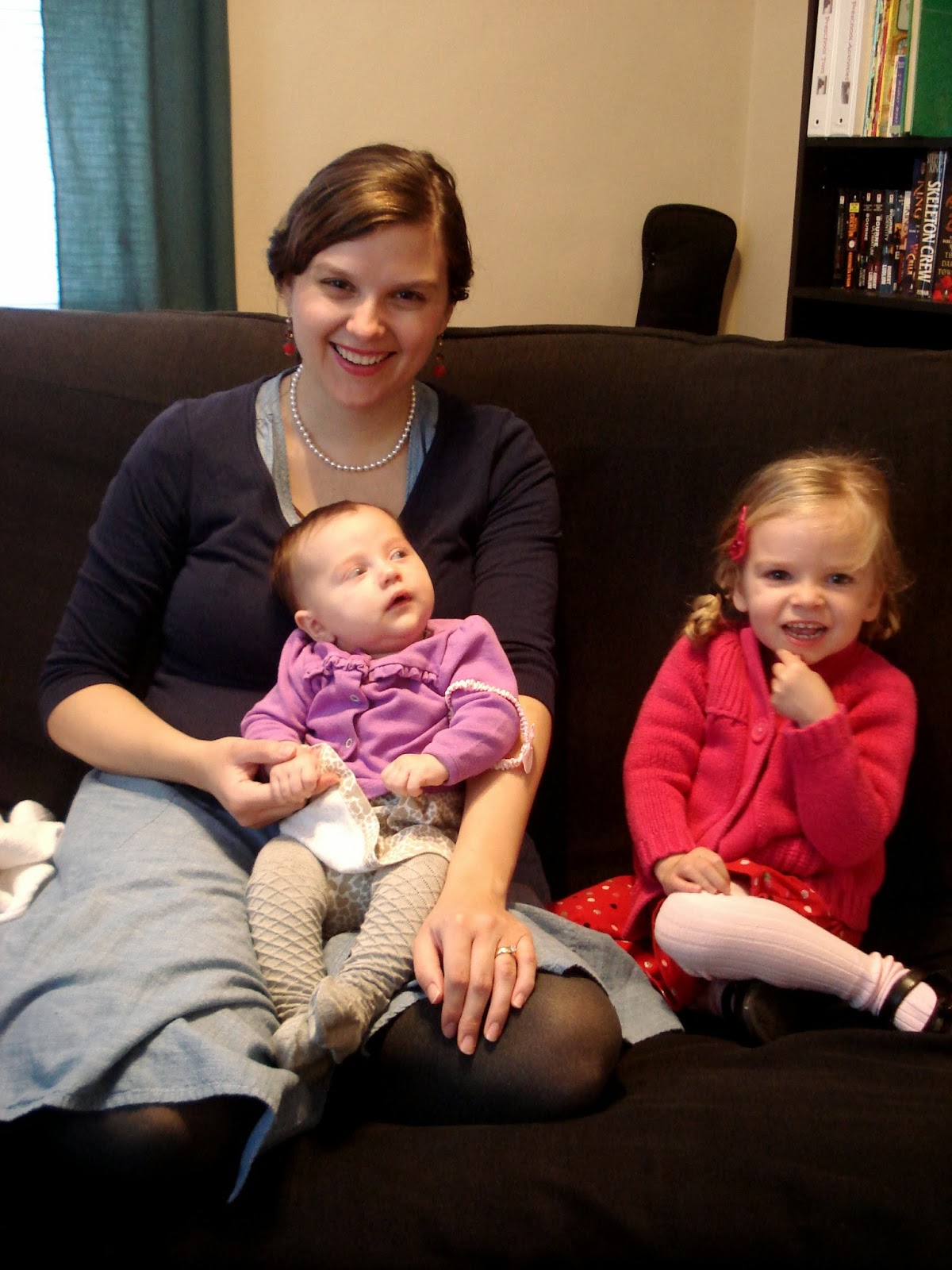 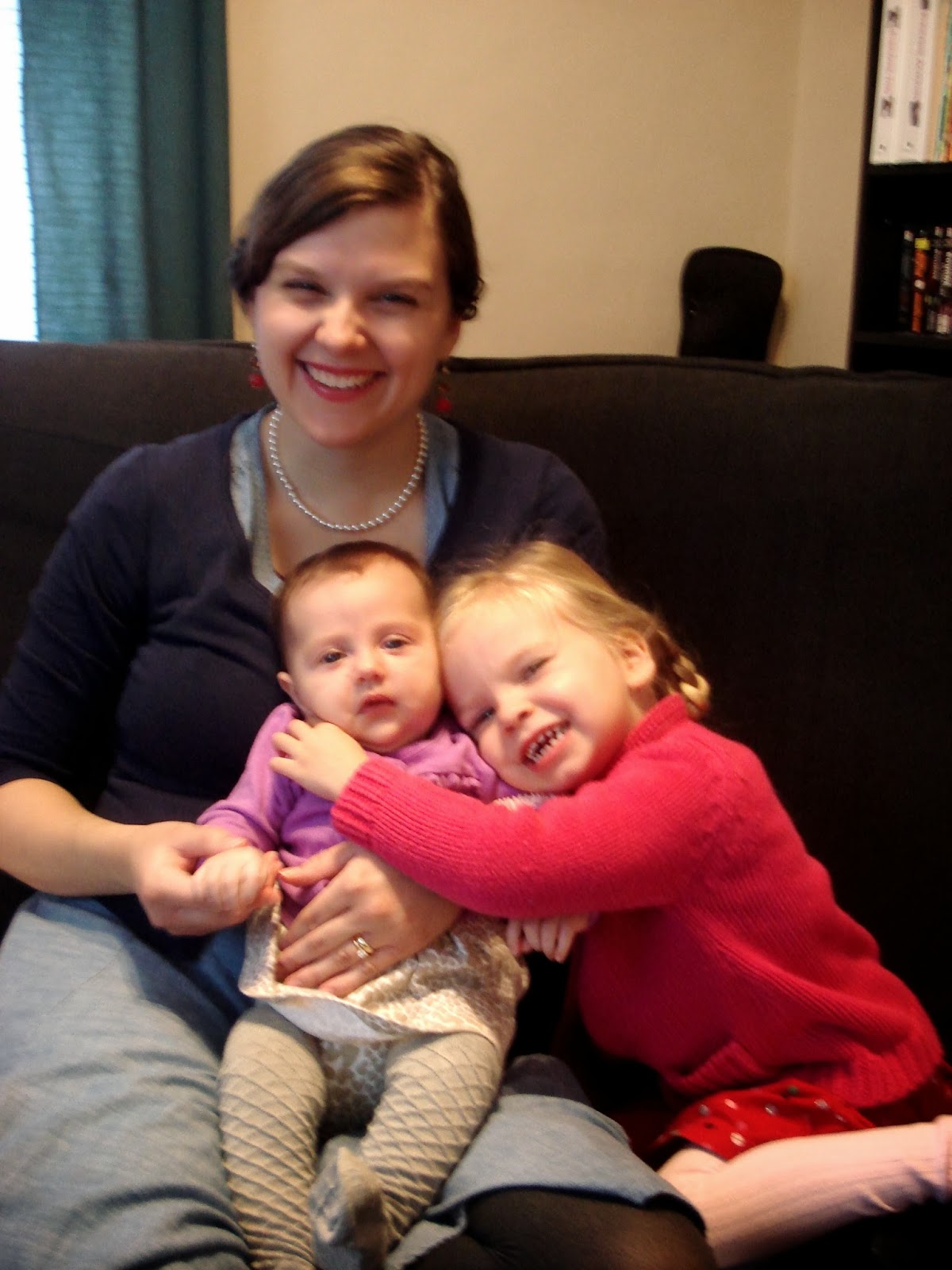 ...who wouldn't love having these little faces help you grow in holiness?

God is so good, isn't he friends?

And...bonus! Sister Nugget keeps looking blurry in the WIWS posts, so I'm including a glimpse of her in her fall/winter outerwear. And in answer to the question you're thinking...yes, I could nom-nom on those little cheeks of hers forever! 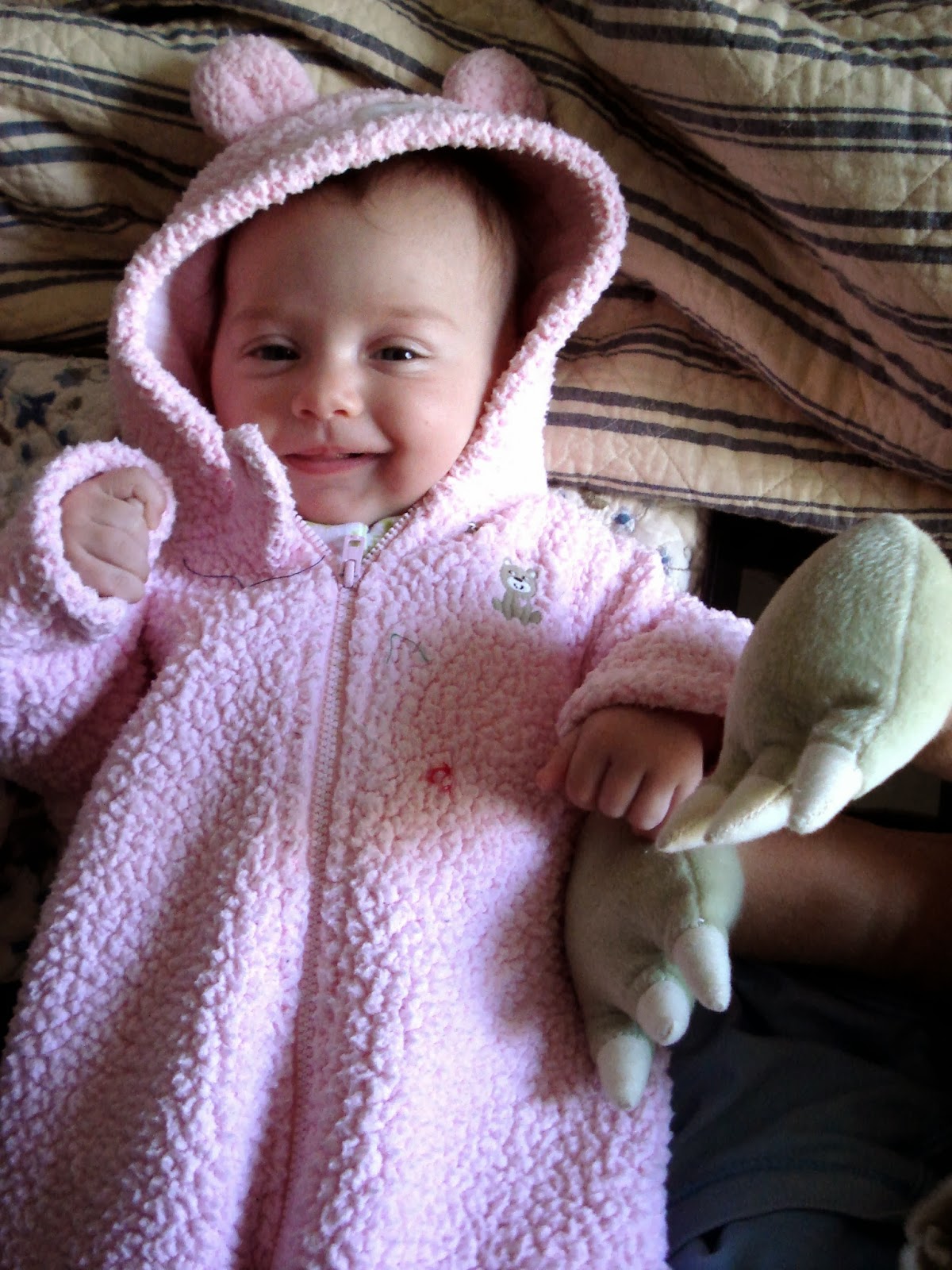 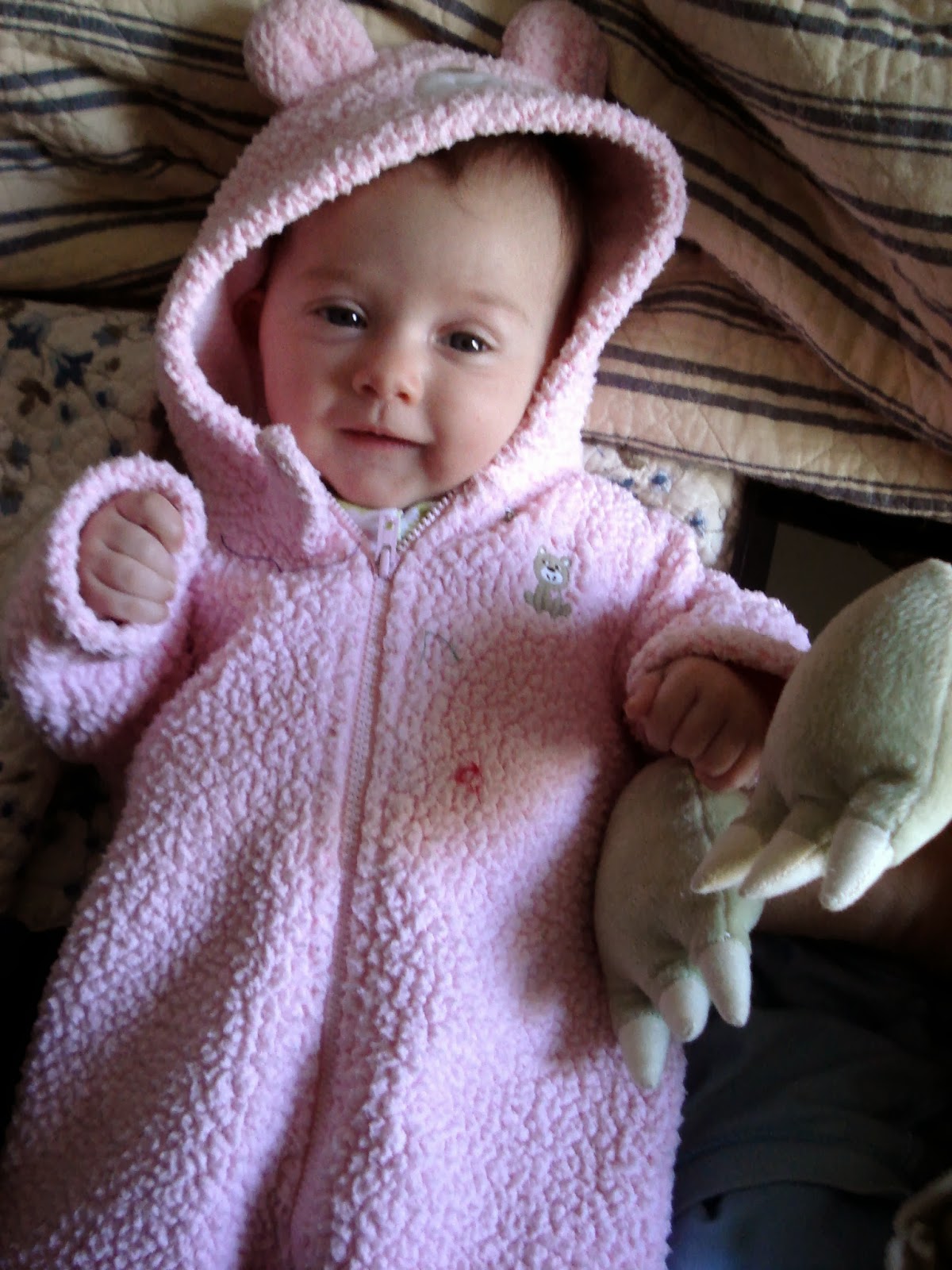 (In answer to your second question...those feet belong to Sister Stinky's stuffed Yoda. Because when you love Star Wars, and your uncle loves you, you end up with a stuffed Yoda.)