Linking up with the lovely ladies of Fine Linen and Purple for "What I Wore Sunday."

Only, this is an edition of "What We Wore Sunday"...mainly because we're rebels like that. 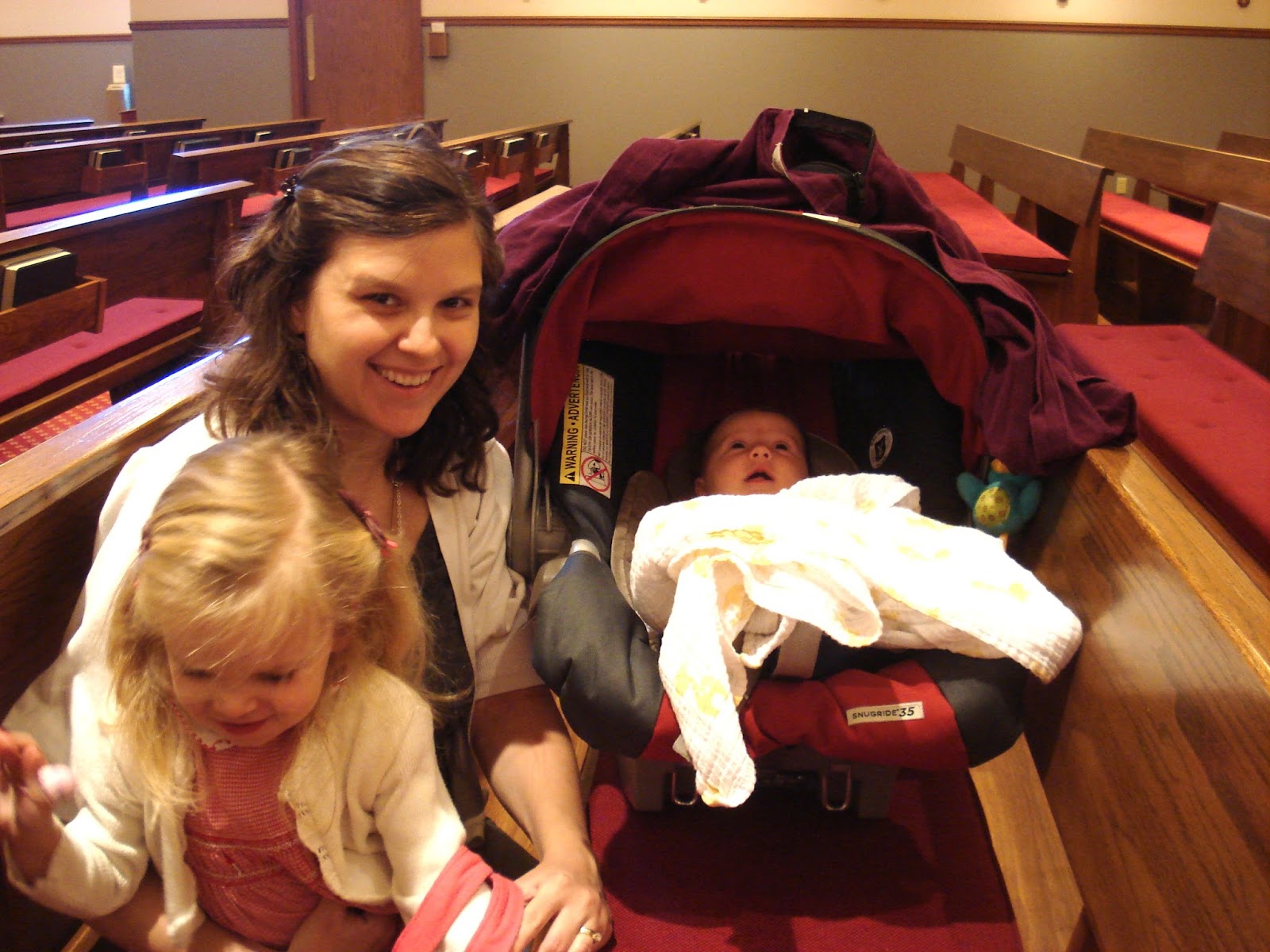 And YES...the return of a decent quality camera! I knew you'd be pleased, friends. :-)

I think it was our best Mass yet as a family with two daughters ex-utero. I would say we're a family with two two and under (which we technically are) but that feels like cheating because Sister Stinky is on the verge of turning three. That makes a world of difference when it comes to Mass behavior, my friends. I won't lie to you and tell you that she's sitting perfectly in the pew the whole time, or kneeling and standing consistently when she's supposed to...but she's quiet (mostly) and she is obedient (mostly) and she even sometimes pays attention. This phenomenon seems pretty universal for kids just under three to four - somewhere in there, they just start behaving themselves! It's amazing and it makes all those years of sweating it through Mass with a baby or a toddler totally worth it. And this phenomenon isn't unique to Sister Stinky. I have friends with little boys older than her - including one little boy bursting with energy! - and they seemed to have experienced the same thing. (Although, every kid hits this milestone at a different time - so don't despair if your four or five year old isn't there yet, or if you are experiencing a major regression in Mass behavior! I fully expect our share of those, but I also know that she won't be like that forever!) So, those of you first timers with a child under three...take heart! There is a end in sight! (At least, it appears that way...)

Of course, take my parenting wisdom with a grain of salt...I'm still a newbie, too! (Any Fawlty Towers fans out there? Parenting tends to make me ALOT like Manuel at times....I know NOTHING!)

(Of course...sometimes I feel like Basil, too, especially when talking to my two year old, "Please try to understand before one of us dies!!!" That could be a parent's motto, no?)

Now that I've finished putting my foot in my mouth with my stellar parenting advice, let me share with you a picture of a very large tree stump we encountered while on a hike earlier today! 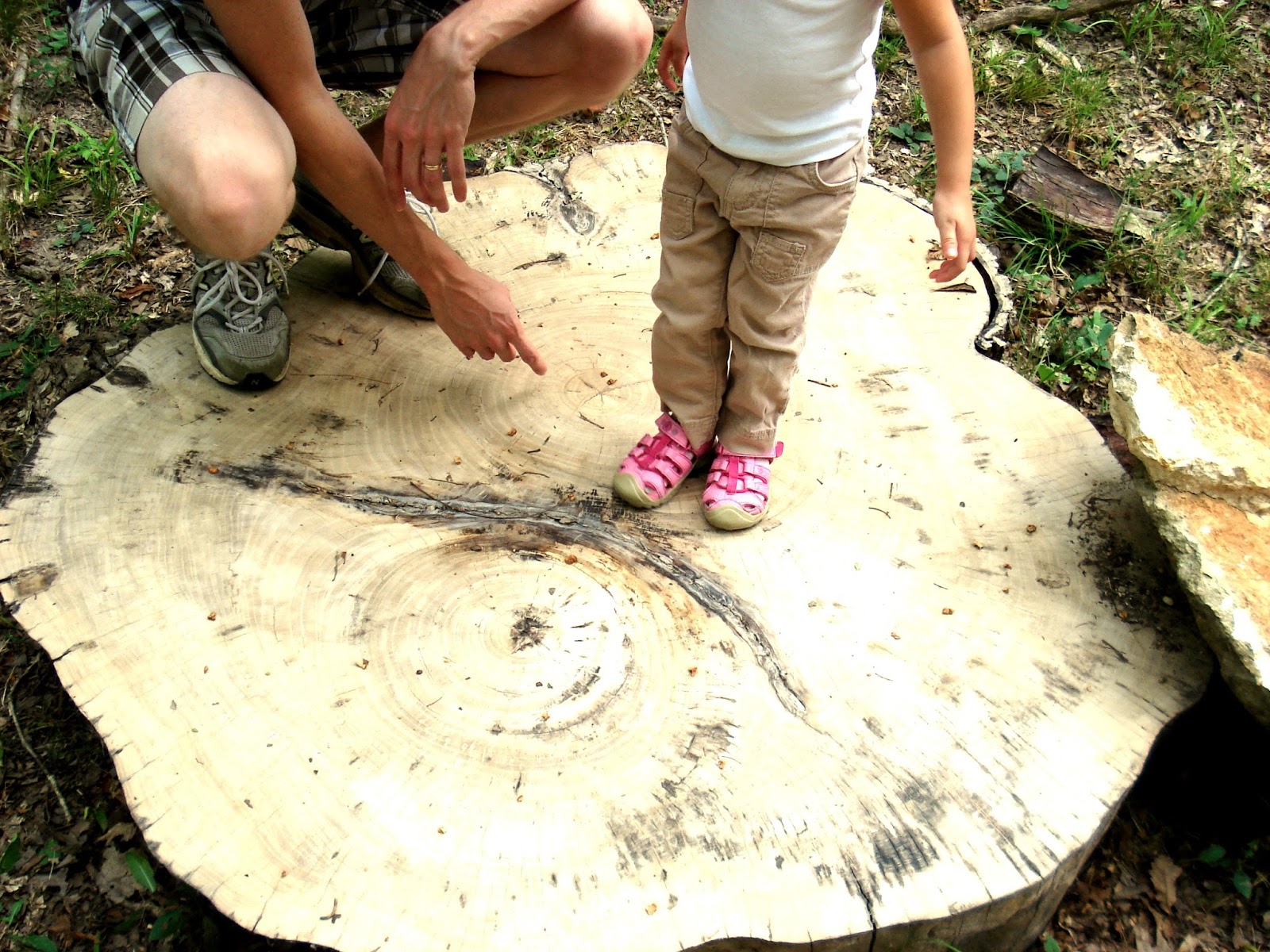 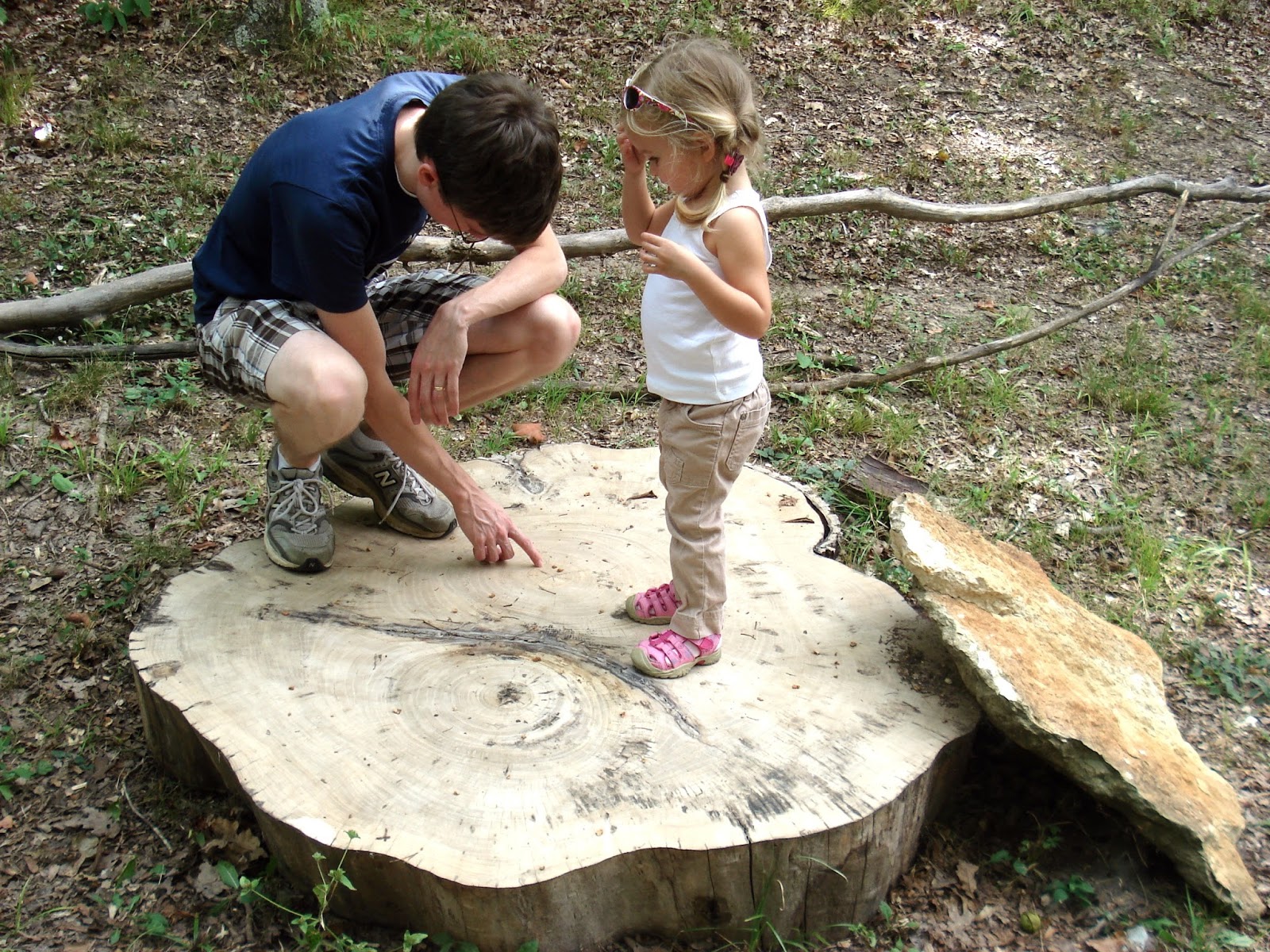