Linking up with the lovely Auntie Leila!

Thankfully, the girls and the Abbot were all well and the trip wasn't for any of them, but for the dear old mom of this family. The doctor sent me to be evaluated for a possible kidney stone, and thankfully they were able to confirm that diagnosis for me, as well as confirm that the stone had almost passed. Thankfully, the ER trip was pretty quick as these things go, and I even was treated by the same doctor I saw when I went to this same ER while sick with hyperemesis gravidarum early on in my pregnancy with Sister Nugget. Nursing her as I sat in my bed waiting for tests to be done made it feel like everything had come full circle!

Oh, and as you can imagine...I am beyond grateful that this was all timed the way it was! If this kidney stone had passed a little over a month ago (while Sister Nugget was still nestled inside her mama) this would have been a pretty awful experience! I'm not going to say it was fun, but it was a lot less stressful, having my baby on the outside rather than on the inside.

Also, soooo grateful for attentive doctors, strong pain medicines, and a husband with a home office. What a combination of blessings!

Now for some loveliness... 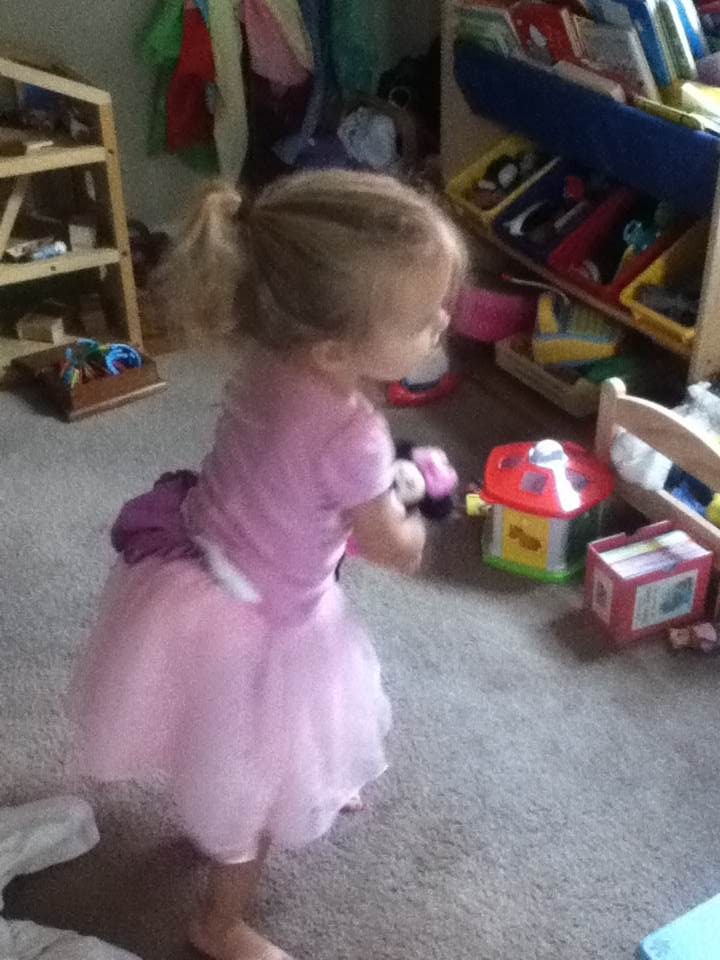 Poor Sister Nugget was worn out after all the medical drama of the past two days (she was dragged all over the place and barely napped), so she spent this morning catching up on sleep....which meant that I spent the morning having one-on-one time with my favorite ballerina. :-)

She and I went on our recently grocery trip together. I actually enjoy having her with me and having the one on one time, and the Abbot doesn't mind keeping an eye on Maria/putting her down for her morning nap while we run errands. Sister Stinky just loves having time where Mommy is totally focused on her, and I usually get her some small treat while we're out. When I was growing up, my parents were good about finding ways to share small treats with us without spending tons of money, and I know how the little things can make errands more fun! Today, Sister Stinky got to pick out one of the little cookies from the bakery case at the store for her morning snack. She devoured it! 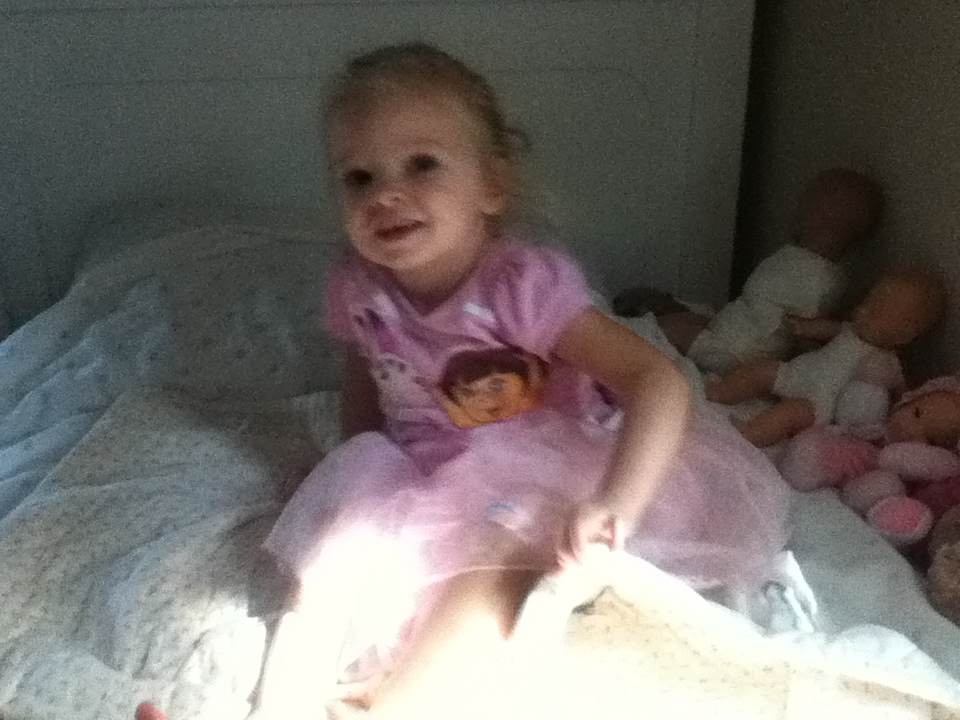 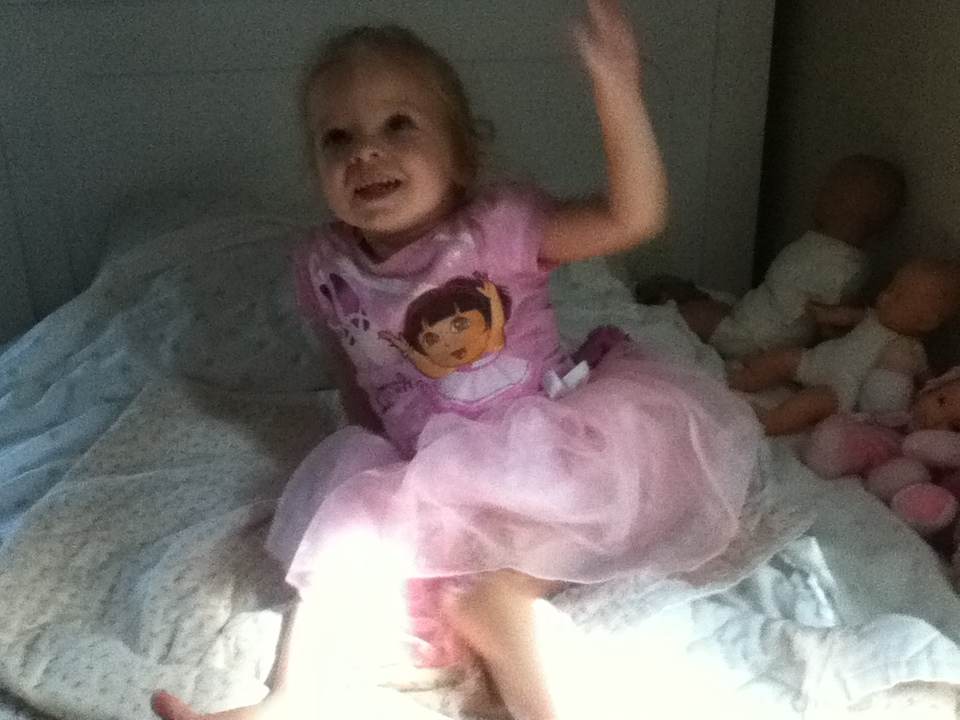 The Abbot loves Star Wars, and he recently watched the original Trilogy with Sister Stinky.

Surprisingly, she loved it. I mean, really and truly. She keeps telling me, "Star Wars is my favorite!" My favorite conversation had while watching it with her:

Yesterday, the Abbot rearranged his office at home, and he also moved around a bunch of books. In the process, Sister Stinky ran into the Abbot and my bedroom (where I was trying to get Sister Nugget to fall asleep) carrying a book. It was some Star Wars chapter book that the Abbot had laying out.

Sister Stinky: Mommy! Mommy! That...that...
She was just holding up the book and pointing at it and too excited to get words out.
Me: Is that Star Wars, Sweetheart?
Sister Stinky: Uh-huh! And that, he (pointing at the picture of Darth Vader)...he fall back like this (imitates falling backward), Mommy!

So, earlier, she and I were hanging out on her bed and I recorded a (very lengthy) interview with her about Star Wars and what she likes so much about it. It was 7 minutes of pure excellence! 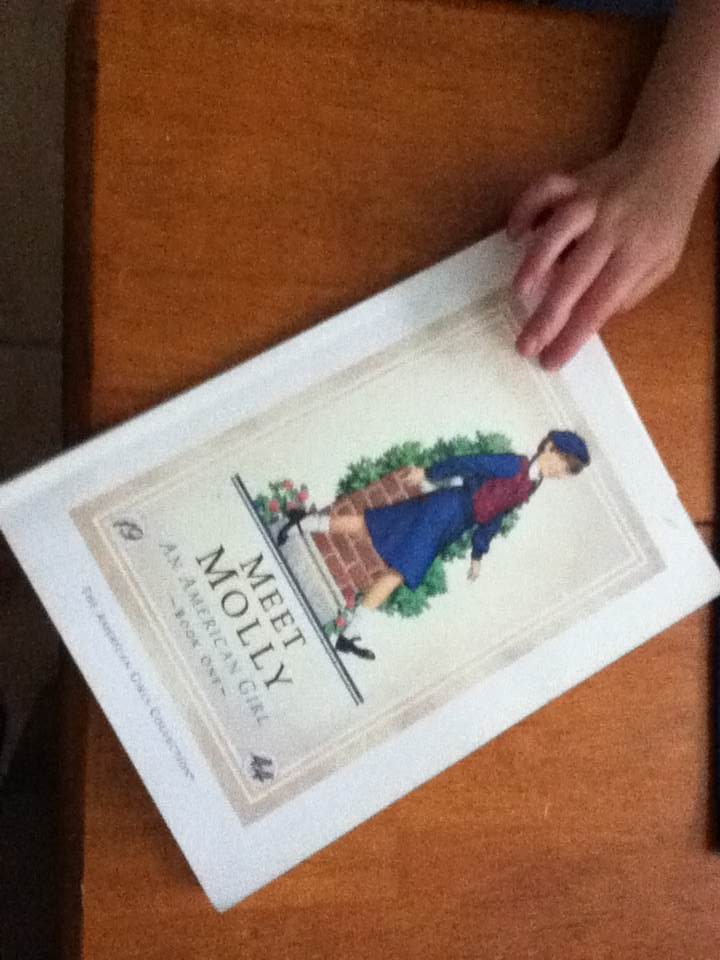 I keep hearing about people reading chapter books aloud to their preschoolers, and so I thought it was worth a shot (since Sister Stinky loves being read to!). I figured we'd start with a Molly book, since we had just watched the movie version a few weeks ago (and she loves playing with my old Molly doll). We got through the whole first chapter during lunch today and she wanted to keep going. I was so excited! I love that she's old enough to start sharing books like this with her.

Any and all preschool chapter book read-aloud suggestions are most certainly welcome!