Linking up with the lovely Jen for 7 Quick Takes. Go browse her newly designed blog! 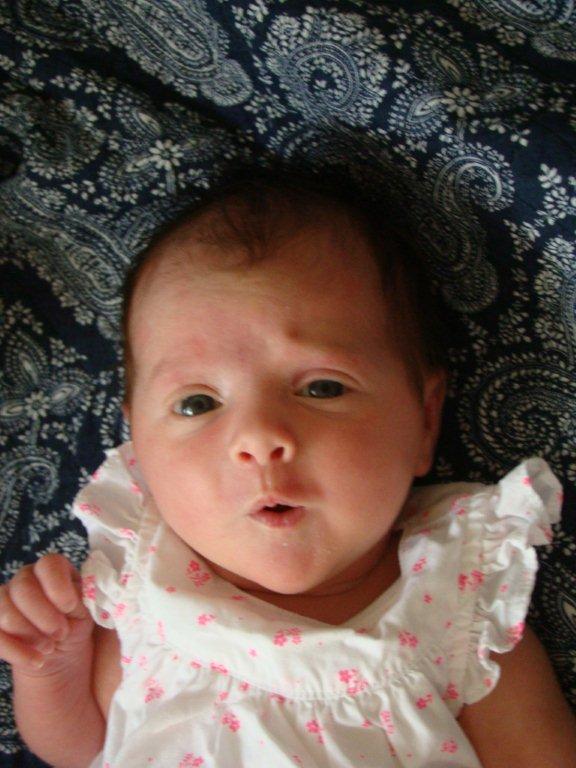 Sister Nugget sure was.

But, I finally had the opportunity to read it this week, and it was all thanks to that wonderful priest friend I keep telling you about who's also the Abbot's dissertation director. The Abbot occasionally substitute lectures for him, and Father invited the whole family (all four of us) to teach the class on Humanae Vitae and C.S. Lewis' take on marriage. (He figured it'd be fun for a married couple to teach on marriage.)

And now I'm wishing that I'd gotten around to reading that wonderful encyclical of Paul VI's sooner!

The girls on their "first day of college" (although Sister Stinky was present in-utero for about half of my graduate courses, so I guess it was old hat for her)... 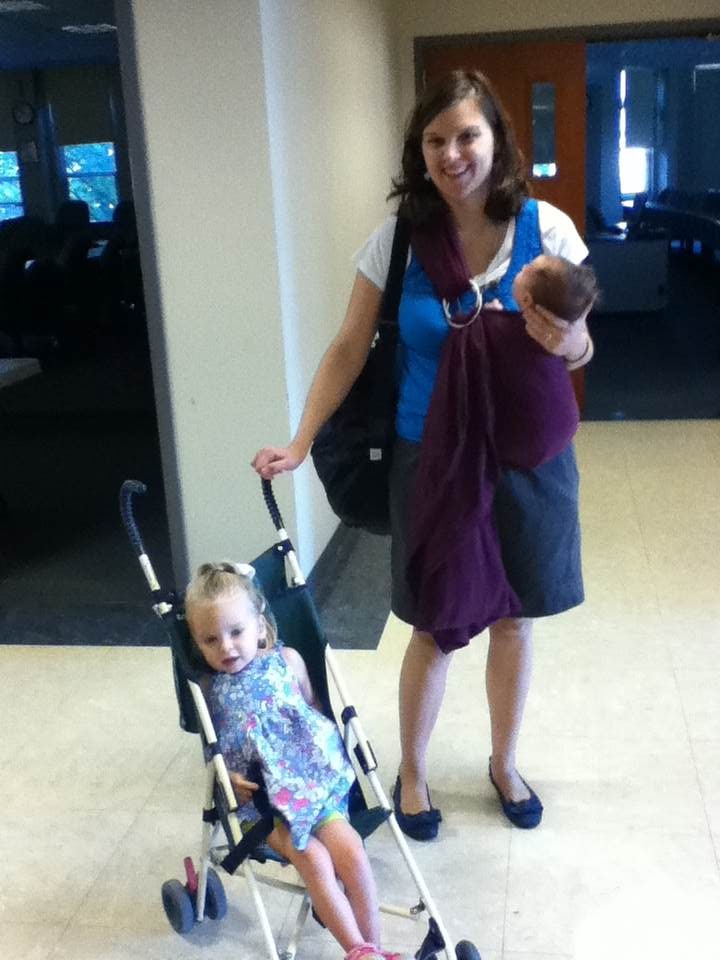 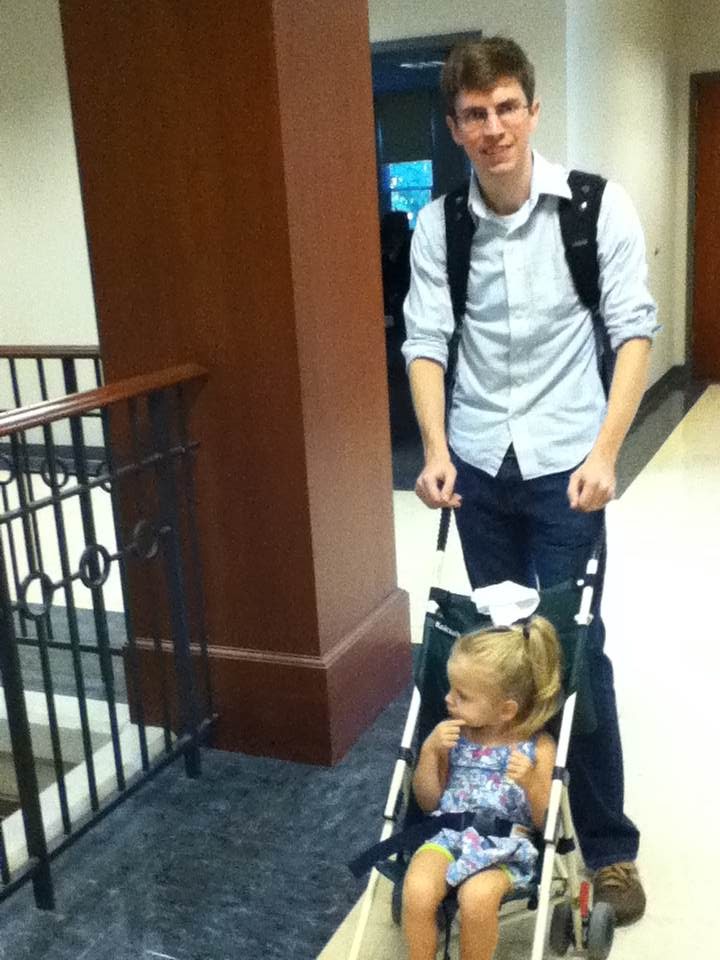 But Humanae Vitae...oh, my. Paul VI was a genius. His argument in favor of marriage and family (and against all threats to them) is dead on.

Of course, you are an astute bunch, my friends, so I'm sure you already knew that.

Obviously, Paul VI's encyclical is most famous for its arguments in favor of what has come to be called "Natural Family Planning," and I was familiar with his arguments against contraception, all of which I am in agreement with.

But what I was totally unprepared for was just how accurate his depiction of the married vocation is.  Take, for example, this gem from paragraph 9 of the document:

This love is above all fully human, a compound of sense and spirit. It is not, then, merely a question of natural instinct or emotional drive. It is also, and above all, an act of the free will, whose trust is such that it is meant not only to survive the joys and sorrows of daily life, but also to grow, so that husband and wife become in a way one heart and one soul, and together attain their human fulfillment.

Where to even begin unpacking that? The marital vocation is, indeed, one that involves the transformation of the body and soul, and it calls upon the total giving of both. And that line, "It is not, then, merely a question of natural instinct or emotional drive. It is...an act of the free will..." That right there is the key to a successful marriage and it is what is at the heart of the married vocation. Yes, most married couples nowadays do fall in love before getting married (I suppose there were periods in history where that wasn't true). But, ultimately, those emotions don't remain constant. They fade away and come back again and again. What doesn't fade, what can't fade if you are truly trying to live out the vocation of marriage, is the act of free will in which you choose to love the spouse. Of course, this is where the Sacrament of Marriage is vital...those graces are essential to being able to continue making that choice to love, even when it is most difficult.

I know, you're thinking, who could ever find it difficult to love that crazy guy we all know as "the Abbot?" 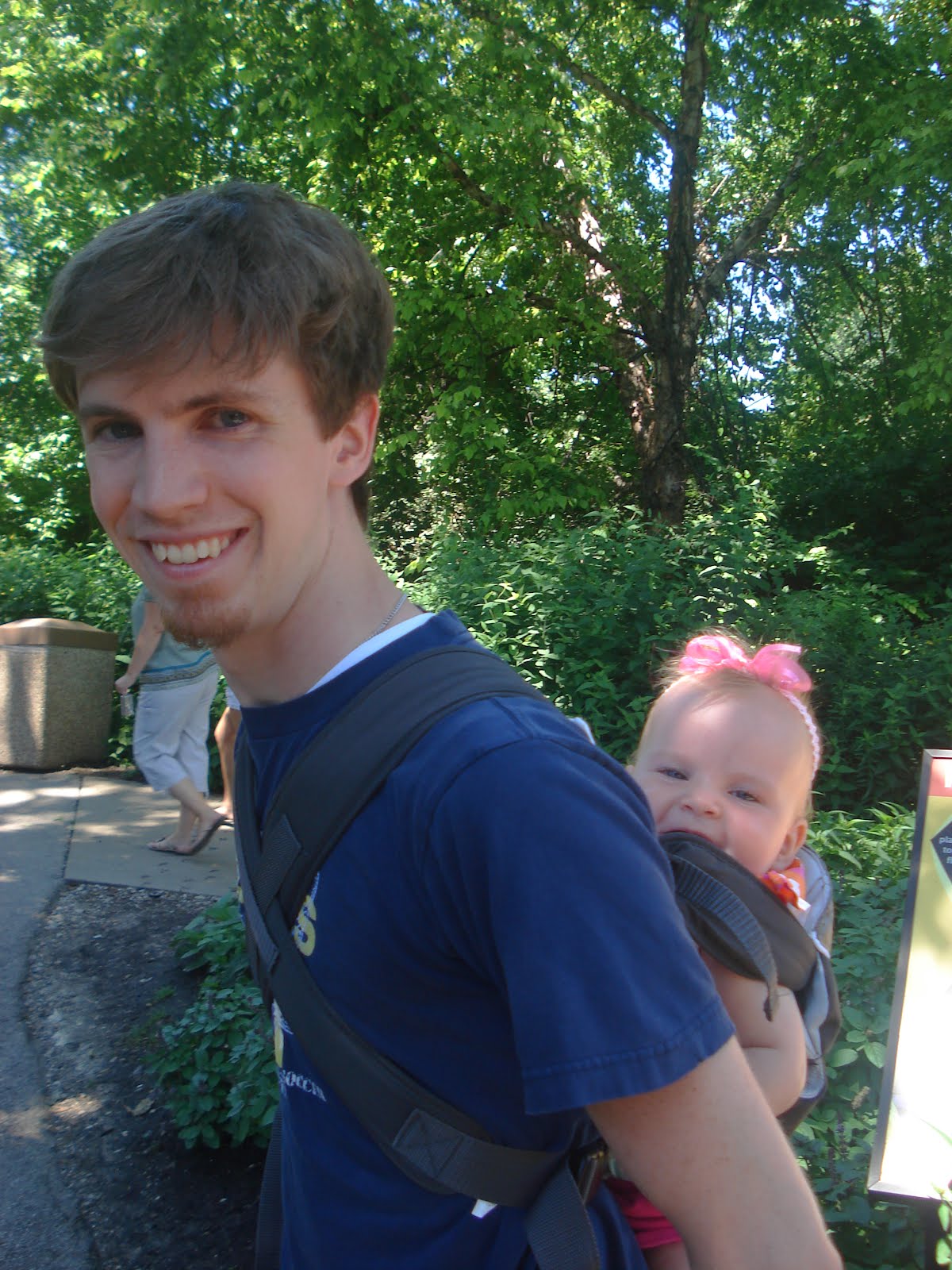 (He actually is pretty loveable, so you're 98% right...but I can't say that my poor love is perfect. Hence the 2% of the time that I struggle...)

Paul VI ties this in to the practice of openness to life in marriage, in particular at times when a couple may need to abstain (and all will have to at some point during marriage, even if it's only in the time immediately post-partum when the wife's body is healing, or later in life if the woman is undergoing health difficulties, or if either are too sick for the marital act, etc....every married couple ends up needing to abstain at some point). This kind of self control is part of that ongoing decision to love the other...and the practice of that self control (which Paul VI reminds us is only possible by grace) is what makes us holier and more human. It enables us to be human as God intended humanity to be.

Self-discipline of this kind is a shining witness to the chastity of husband and wife and, far from being a hindrance to their love of one another, transforms it by giving it a more truly human character. (paragraph 21)

The real beauty of the vocation of marriage - as in with any other vocation - is how God uses it to take us out of ourselves. Through marriage, God transforms our selfish hearts into hearts that begin to love as He loves.

Whoever really loves his partner loves not only for what he receives, but loves that partner for the partner's own sake, content to be able to enrich the other with the gift of himself. (paragraph 9)

The Church's view of marriage takes it a step beyond what the world wants us to settle for - mere self-fulfillment and a surface happiness. The Church sees marriage as a path to heaven and holiness and true humanity.

And that, my friends, is a beautiful thing. 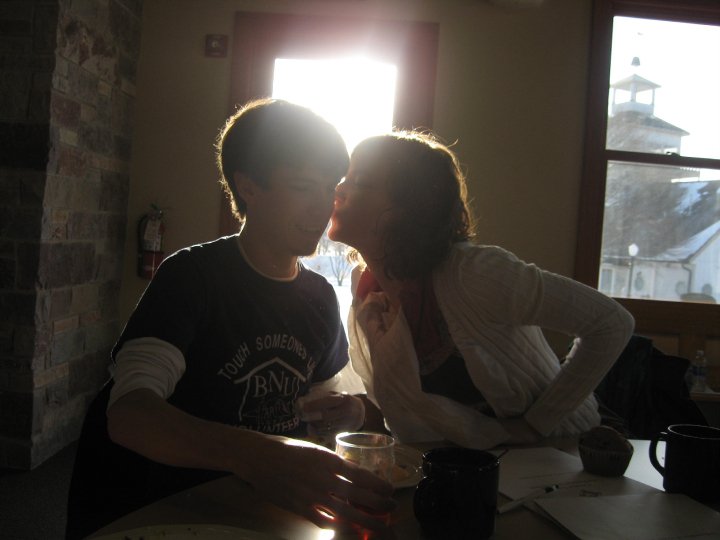