Dr. Who and the Church

For the last couple years or so, the Abbot and I have made a point of doing nightly "date nights" together. Each night, after the girls are in bed, we spend a little time catching up with each other and talking (uninterrupted!) and then typically watch something on Netflix together. 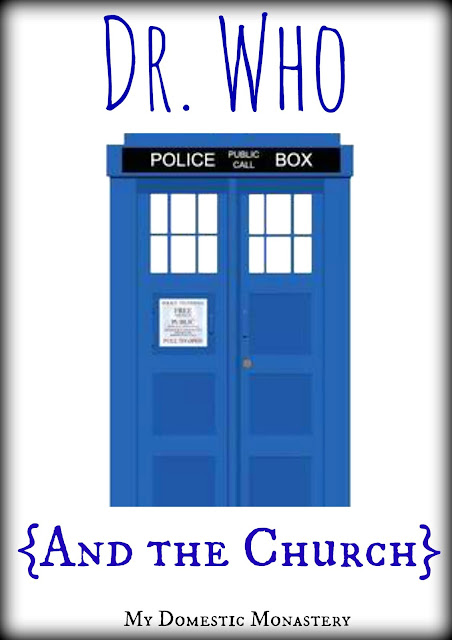 When we were dating, engaged, and even newly married, we had the hardest time finding things to watch that we would both enjoy! However, the longer we know each other and the better friends we become, the more we start to have shared interests - interests unique to our relationship with each other. The one genre of TV shows and movies that we both mutually enjoy is science fiction.

Needless to say, we've been watching Dr. Who.

That's the Tardis, for those deprived souls out there who didn't know that. It's what the Doctor travels in. And yes...

Anyway, nerdiness aside, the longer I watch Dr. Who (we've only been watching the newest seasons, but I'd be curious to watch some of the older episodes at some point...I haven't seen them since I was small and used to catch bits of them while watching with my dad) the more I am convinced it is good for one's faith.

My barometer of what makes a book or movie or music good is found in answering a simple question...does this lead me closer to God? Sometimes, the answer is obvious (like when Sister Nugget and I are listening to our favorite new CD) but oftentimes, it's less obvious. One of my favorite forms of literary art (and I'm including screenplay in this) is the kind that isn't blatantly about God but nevertheless leads you to ponder the Divine Mysteries more deeply.  Intentional or not, many movies and books accomplish this quite effortlessly by making their main character into a sort of "messianic" character. For example - Superman (Smallville was one of our previous forays) and many of his fellow heros. And, more pertinent to this post - Dr. Who.

Now, granted, 6 years of theology study under my belt means that I have to qualify my analogy by saying that, in these sorts of stories, the analogy between Christ and the main character in a movie is far from perfect. Most obviously, the main character of such stories usually has some sort of tragic flaw that becomes apparent as the plot unfolds. (This is obviously not the case for Christ, God made man.) But, that detail aside, there is just something about these sorts of stories that calls to mind Christ and His battle against evil.

I think there is a certain element of Dr. Who's character that makes one ponder the mystery of Christ more deeply, too, because of the uniqueness of his character as the last of the alien race, "the Time Lords." He stands alone, fighting for good against evil, with an understanding of the entirety of time that is lacking in human comprehension. BUT he still includes human "companions" in his travels and adventures, and he allows the human "companions" to play a significant role in the fight against the evil alien races (such as the Daleks, Cybermen, etc.). It is easy to get emotionally wound up in these stories - cheering on the Doctor and rejoicing when he triumphs, being filled with pride when the companions - mere humans - bravely fight off the evil opponents, etc. Obviously, in a secular world, it's easy to take that sort of rich viewing experience at face value, and relish one good episode after another.

But the beauty of the Church is her view that all of creation has the potential to draw us closer to God.

Our faith is not meant to be contained within church walls, religious CDs and books and movies, etc. Rather, it's meant to go out into the world and find Christ in the unexpected places. Our beautiful Catholic faith, friends, makes us able to look at all the world and see in it something beautiful that can help us grow closer to Christ. The danger is, of course, when you stop at the created and fail to take the next step. However, if you can look at that which is created, that which is human, and see in it the potential to grow in holiness...well, then you are living La Viva Catholic. The Church embraces the arts and literature and sciences and sees in all of them this lovely potential.

So, bringing us back to Dr. Who...I was mulling over this in the car earlier today. It is easy to get wrapped up in the richness of the Dr. Who plot line - amazed that there can be such evil alien races, perplexed by how the doctor is able to show such compassion and mercy - even to those characters we think are undeserving, astounded by the simpleness and goodness of the humanity he befriends, and amazed by his devotion and love for the universe - to the point of being willing to put his life on the line to save it again and again. What if...that story were real?? What if the Doctor showed up on your doorstep and swept you up into the dangerous and exhilarating life of one traveling on the Tardis? What if your very life could be in danger at any moment, for the sake of fighting against evil and saving the world?

Well...that's only half as excellent as the reality of things, isn't it?

We sometimes forget how real our own faith is, and how much it actually demands of our lives. Our Catholic faith is not a wishy-washy, feel good sort of thing. Truly living out your faith - especially in a world that is increasingly hostile to it - can be dangerous and daring. (Just ask the Christians in Syria.) This is especially true in light of the recent threats to our religious freedom in this country, and also in light of all the ongoing threats to the moral fabric of our culture. (Have you heard some of the no holds barred comments of Francis Cardinal George? He isn't afraid to say it how it is and to point out the direction our society could easily go in.) And yet...the Divine Physician Himself has already turned up at our doorstep, hand outstretched and inviting us to travel with Him on something way cooler than the Tardis.

I'm reminded of a conversation that seems to happen between the Doctor and his companion at some point, with the arrival of each new companion:

Rose Tyler: Is it always this dangerous?
The Doctor: Yeah.
(source)

We often sell the life of faith short but..."Take up your cross and follow me?" That is nothing if not dangerous. If we let Him, if we truly let Him, the doctor of our souls will take us by the hand and lead us where we never dreamed we'd go. It means letting go of our own plans and expectations. It may mean facing real evil - which is way more terrifying than any Dalek.

And that is what is truly thrilling...from the moment that water was poured over our heads, that's the journey we've each been on. 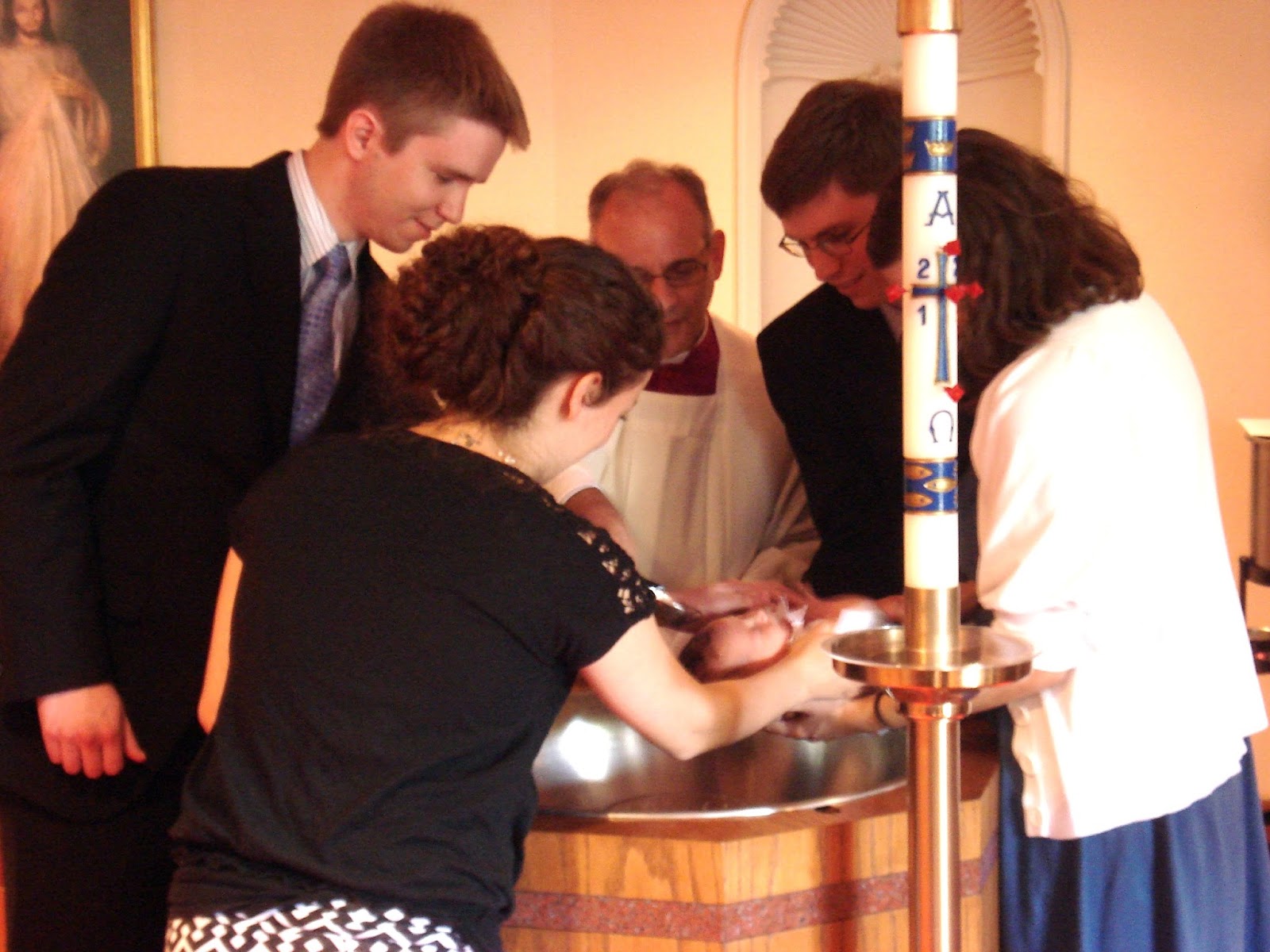 Each companions to our very own Doctor.