{phfr} - 4 weeks with our Sister Nugget!

4 weeks ago last night, I went into labor with little Sister Nugget, and today is her 4 week birthday! I can't imagine life without this little girl, now napping on my chest. :-) 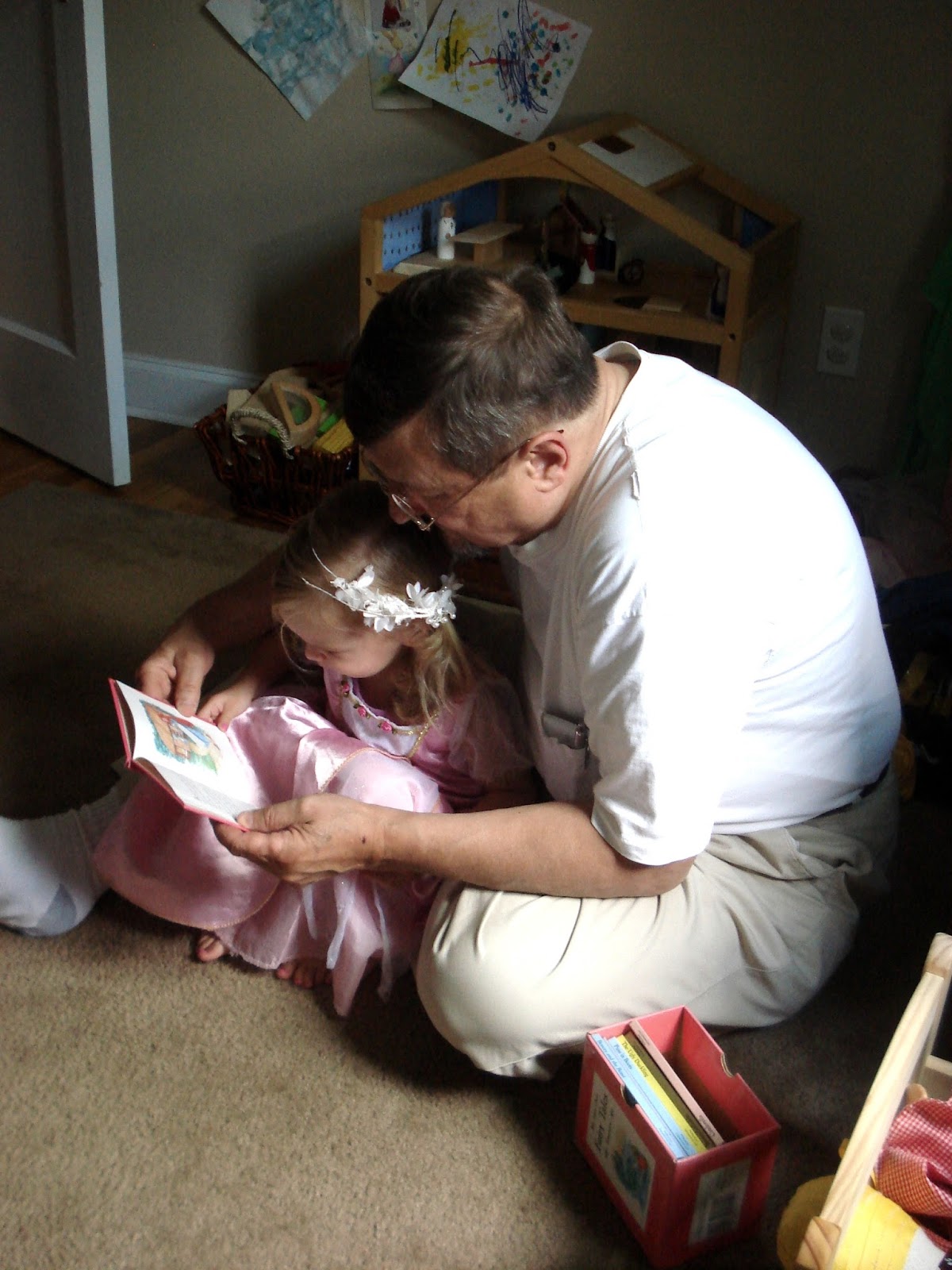 Sister Stinky and her beloved Dziadzia.

I will always treasure this beautiful picture of Sister Stinky and my dad, as well as the memory that goes along with it. :-) 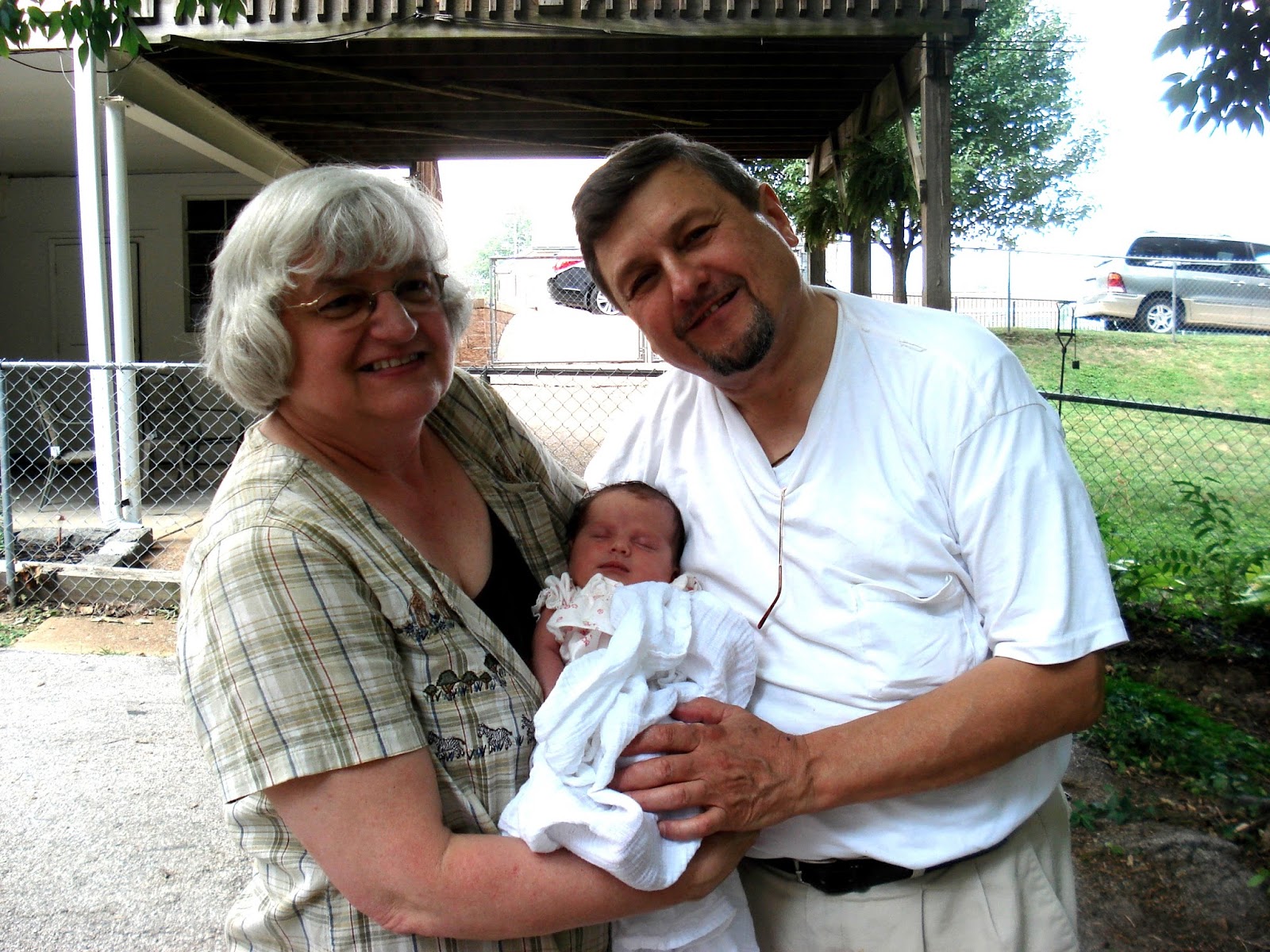 It was Grammy and Dziadzia's (my parents) first time to meet Sister Nugget. She stole their hearts, of course! 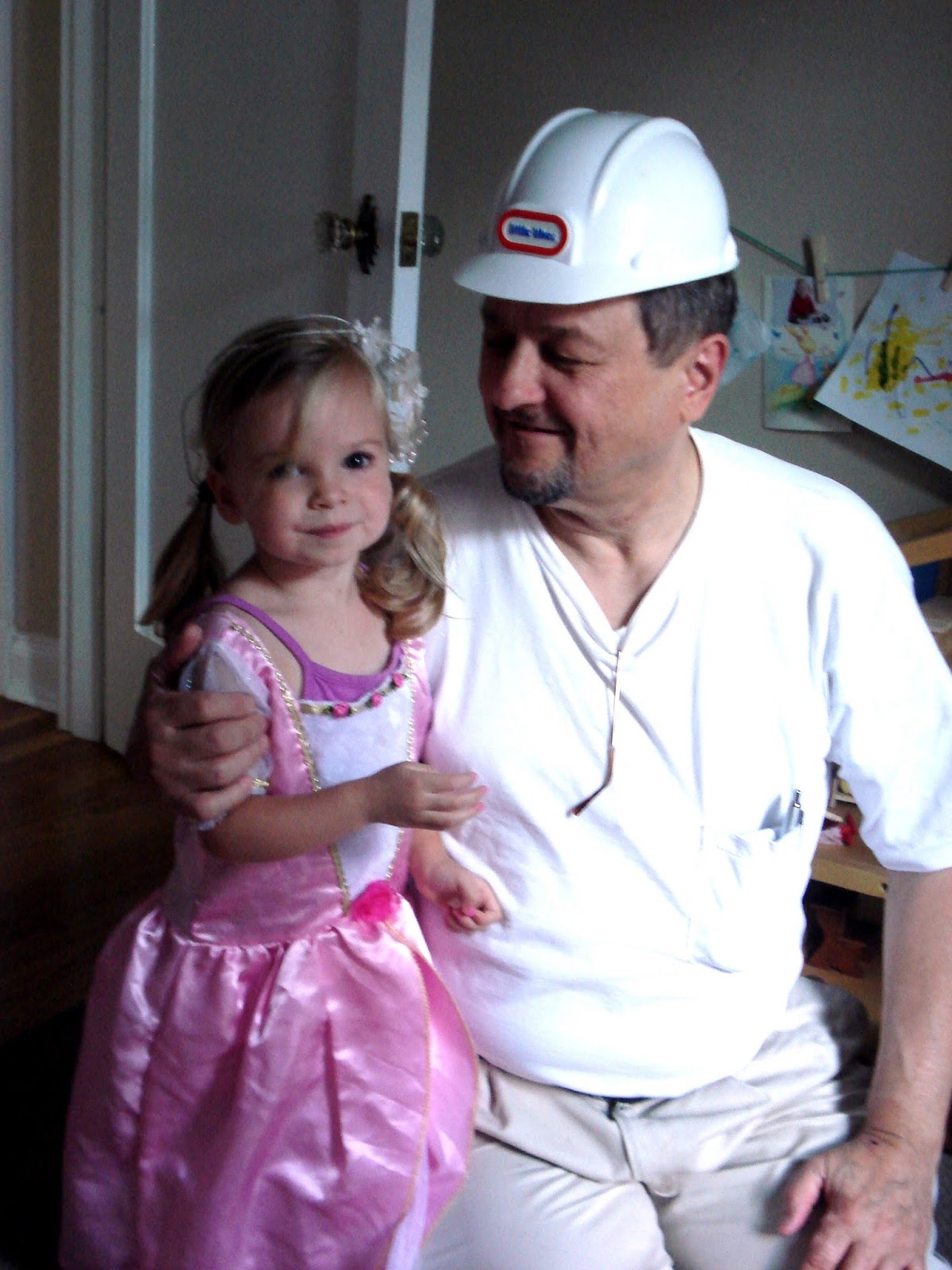 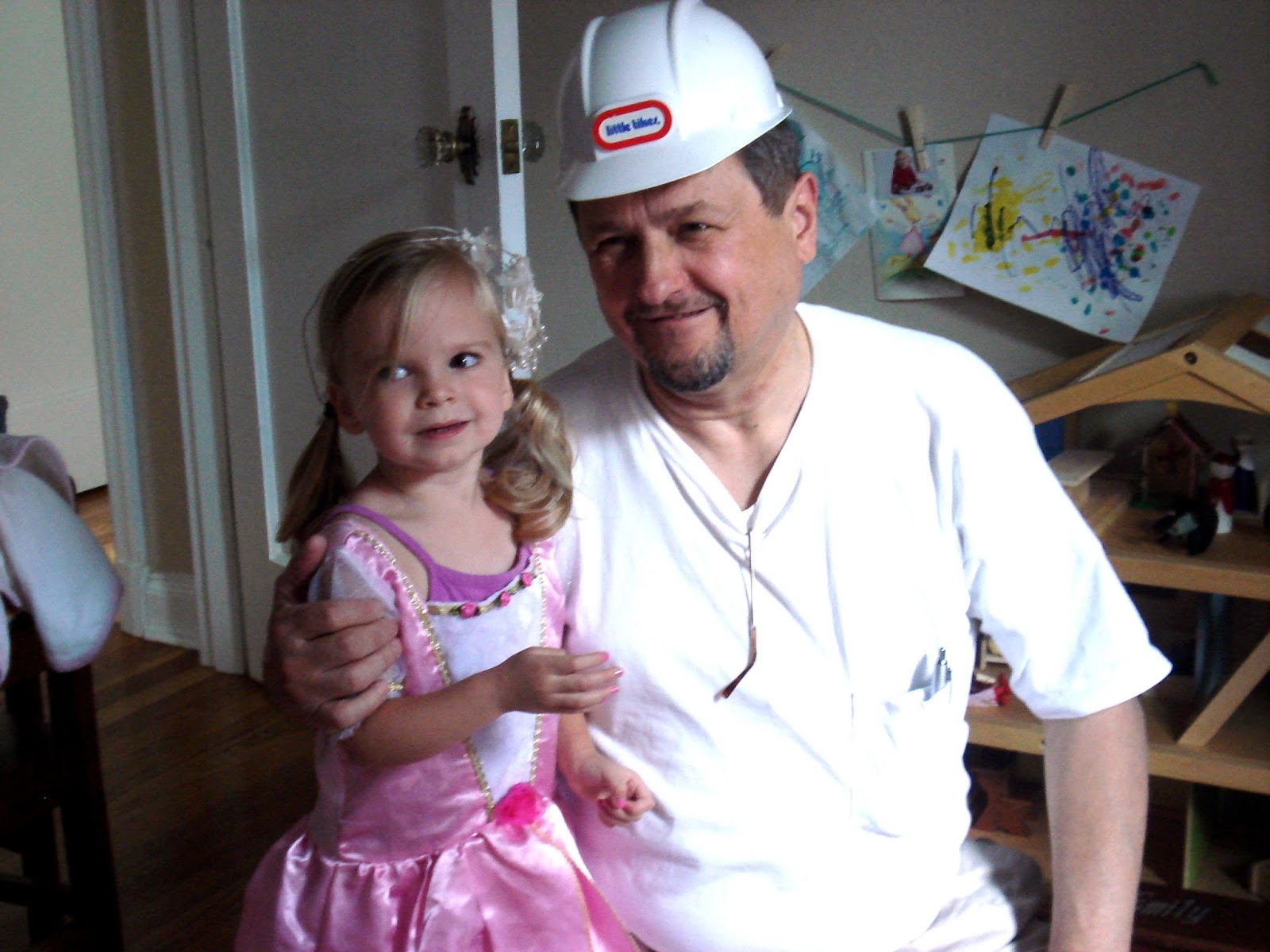 But seriously...don't you wish you had a Dziadzia who played dress-up with you? 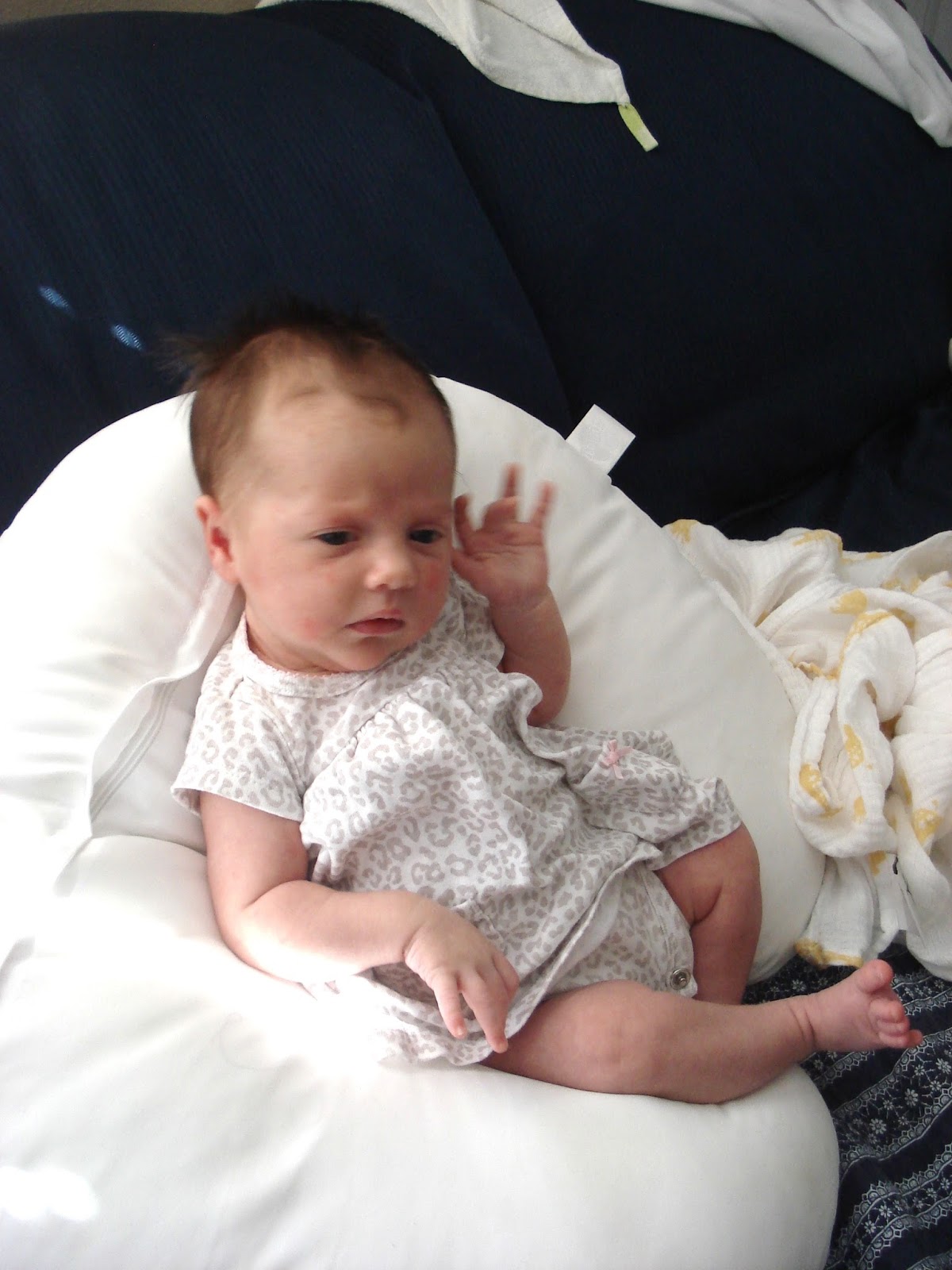 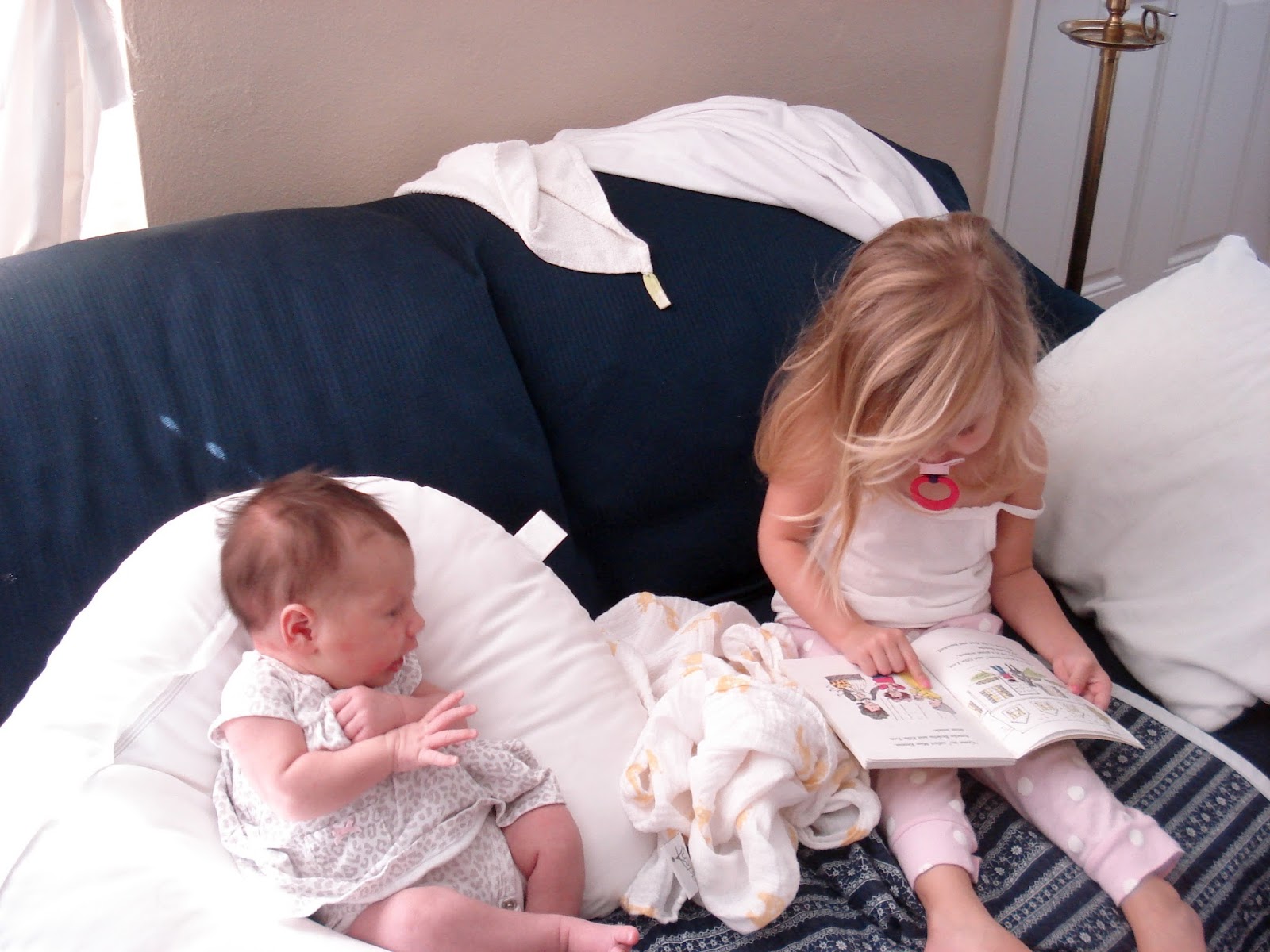 Our afternoons/post naptimes are quiet times, spent mainly reading and watching the clock until the Abbot is done with work for the day. I love pictures like the above, though, especially of these two little girls together. Their sisterly bond is still in its infancy, but it's definitely growing. The other day, Sister Stinky said, "I like mine sister." And Sister Nugget seems to be almost used to her big sister's affectionate advances by now. Best of all, Sister Nugget already responds to her sister soothing her. Sister Stinky's latest thing is mimicking Mama by saying, "It's okay, Big Sister is here!" That, combined with her gently singing to her baby sister, actually do make a difference sometimes. :-) I treasure those moments, and hold on to them as fuel to keep me going in anticipation of the not-too-distant days when the sibling rivalry will inevitably begin!