Linking up with Grace and Fine Linen and Purple. 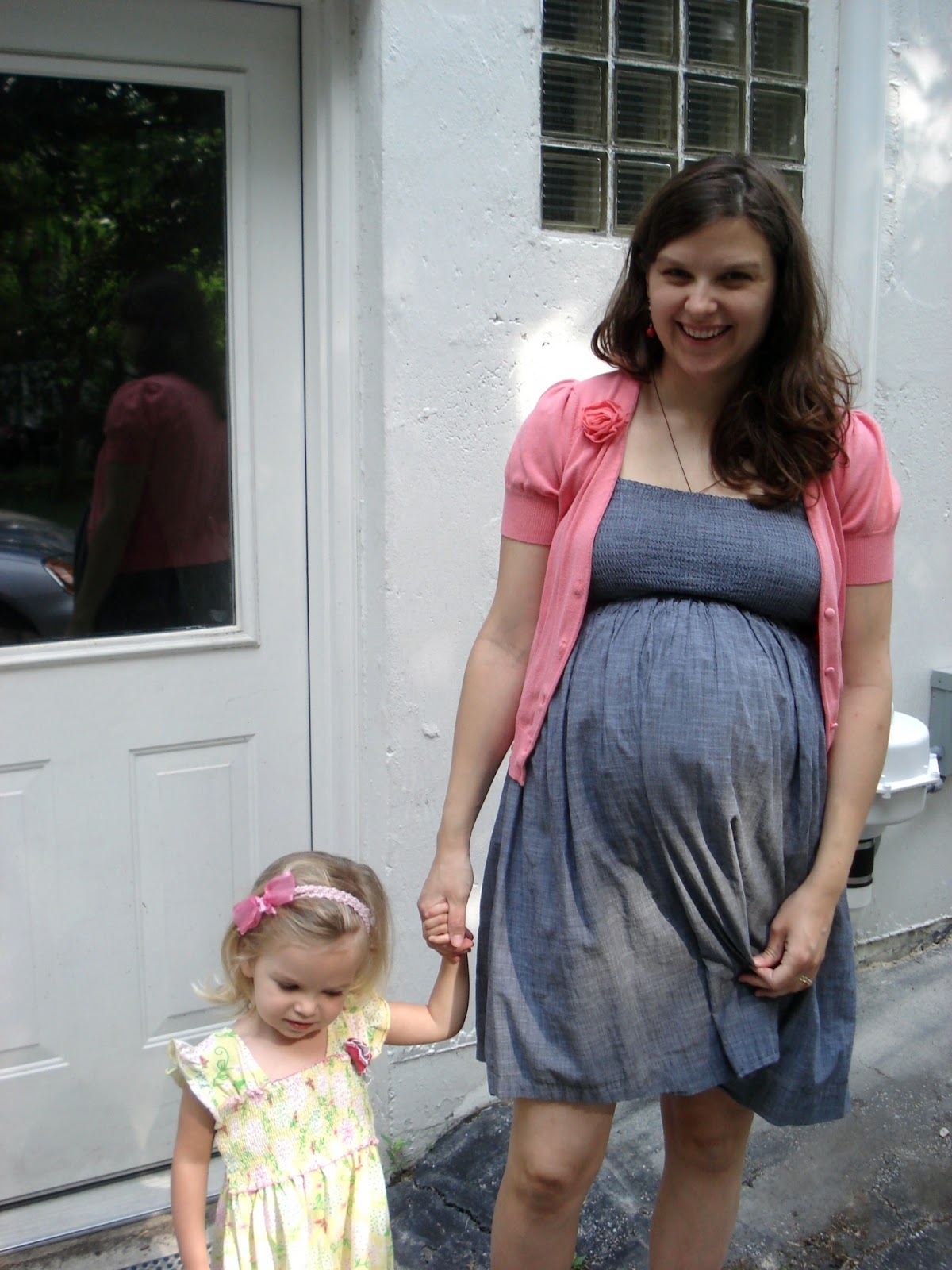 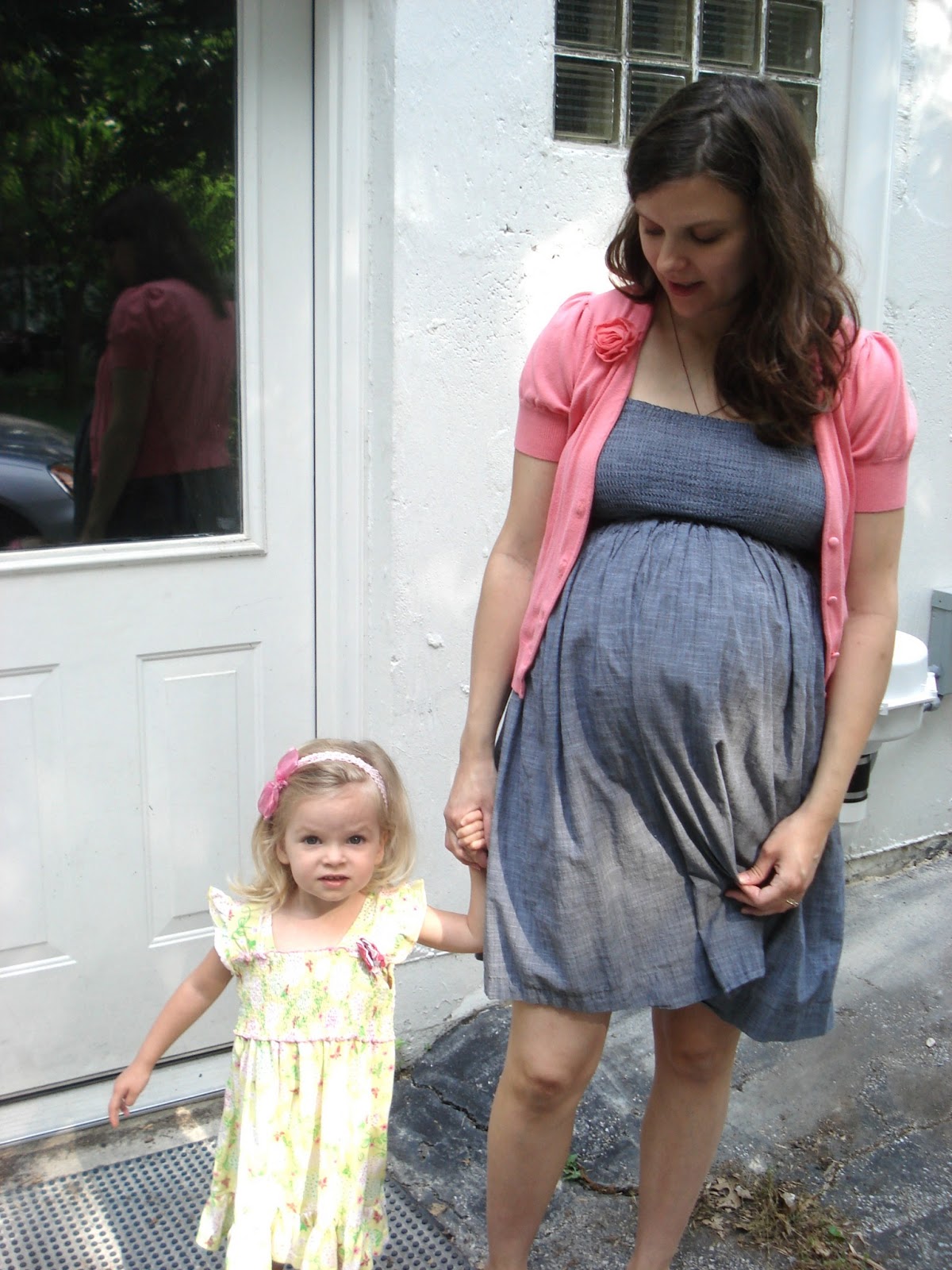 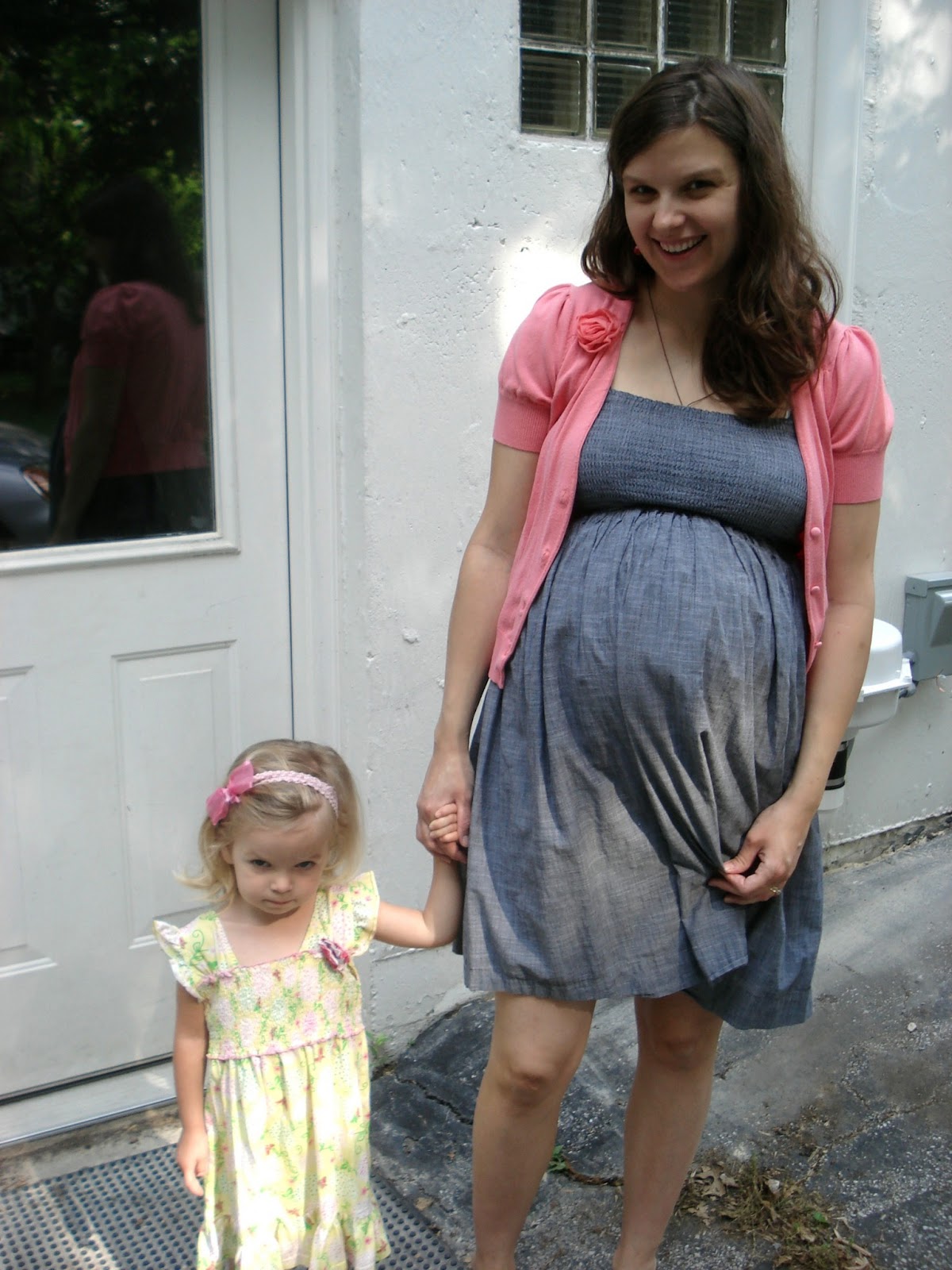 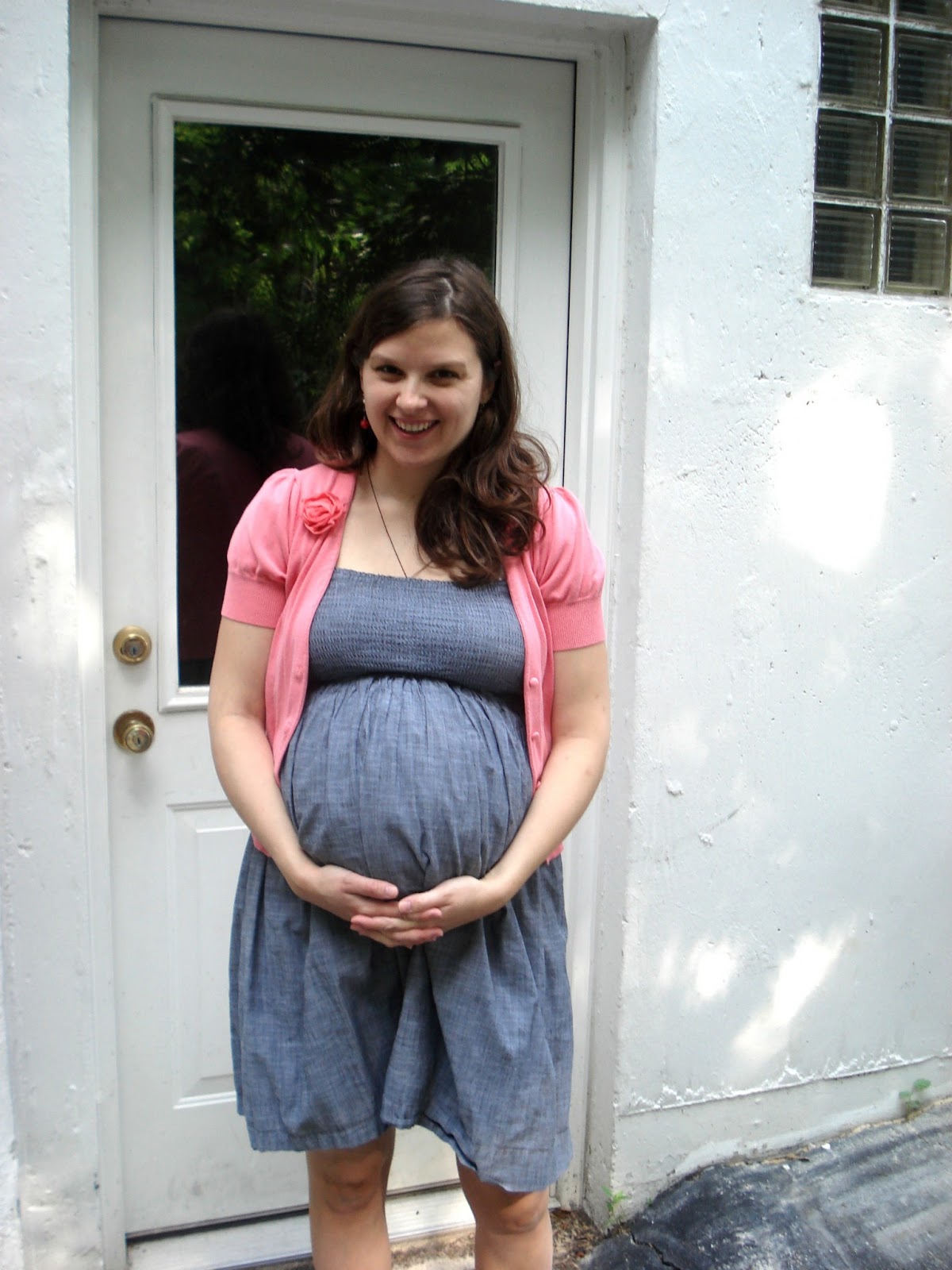 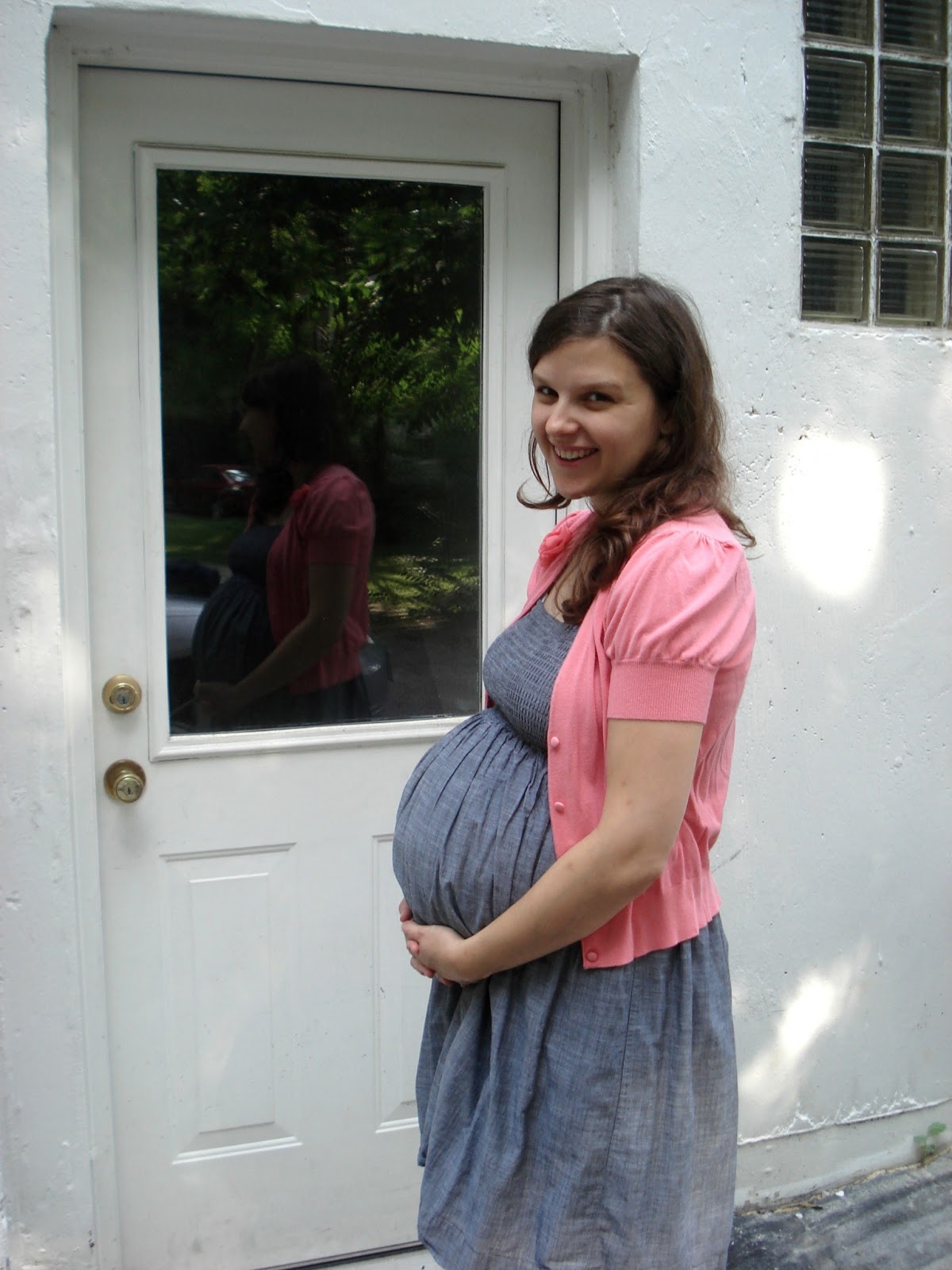 Admittedly I look a teensy bit smaller than that because there is another layer built into that dress...but still, pretty good! The 2.5 weeks of eating normal food didn't help my nausea, but it worked wonders for keeping my weight gain on track!!! I am so ready to part ways with the hyperemesis...

Our beloved Monsignor didn't say the Mass today, but he did help with Communion and we got to talk to him at donut Sunday afterwards. We are really going to miss him!!! The priest who did say Mass is newly ordained...as of a few weeks ago...and the Abbot saw to it that our family was able to snag one of those awesome blessings that those "baby priests" dole out. We've been so excited by the newer priests we've encountered lately...they give us a lot of hope for the future of the Church!

After Mass, we went strawberry picking...for a few minutes. (We went back to the same place Sister Stinky and I went to last year.) A huge rainstorm was blowing in, so we probably didn't pick for more than 5 minutes before I declared it time to call it quits. The Abbot said we might as well try picking because our little Stinky would get such a kick out of it! On the way home, I asked her if she had had fun and she said, "Yes." Mission accomplished. 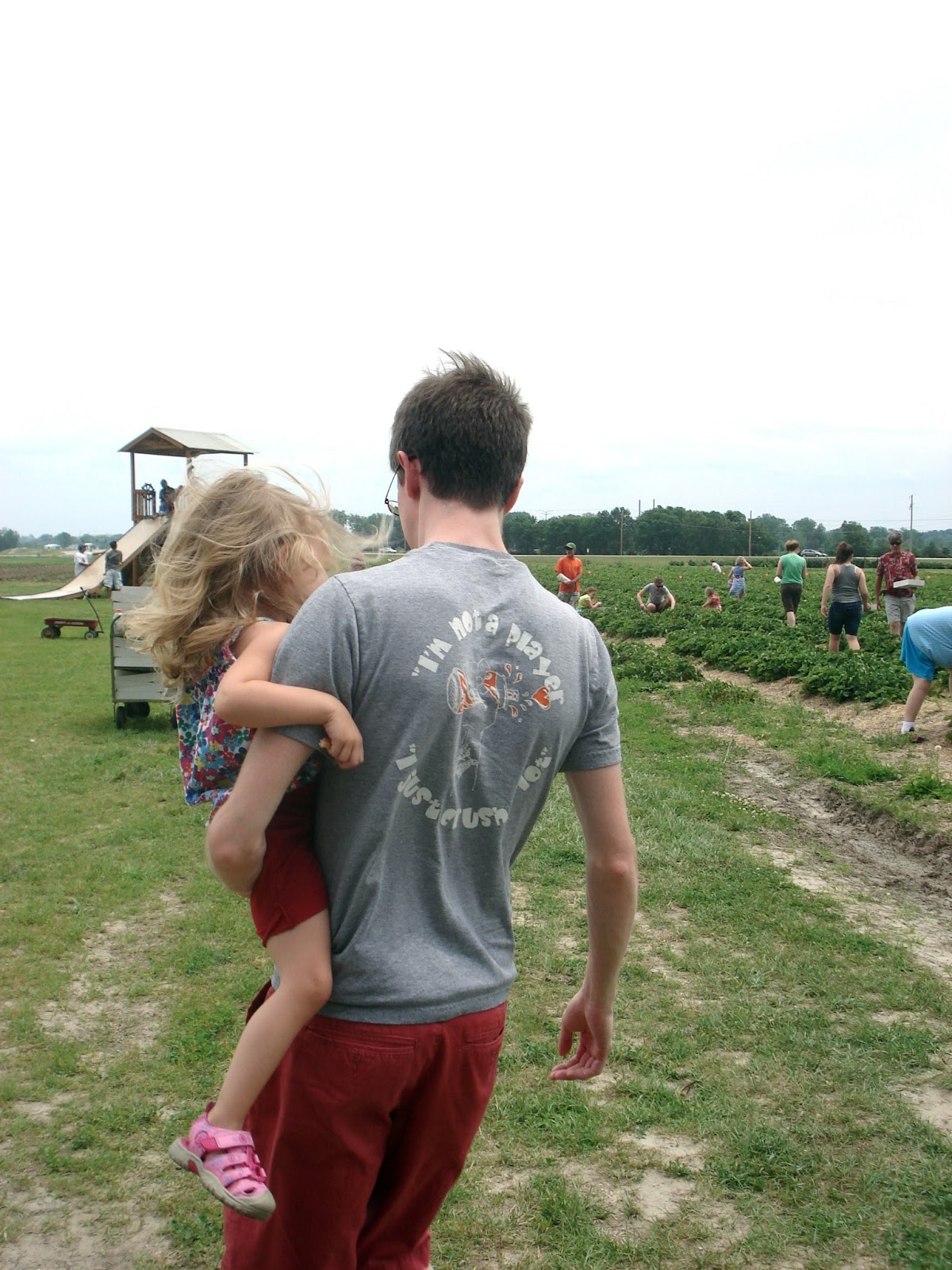 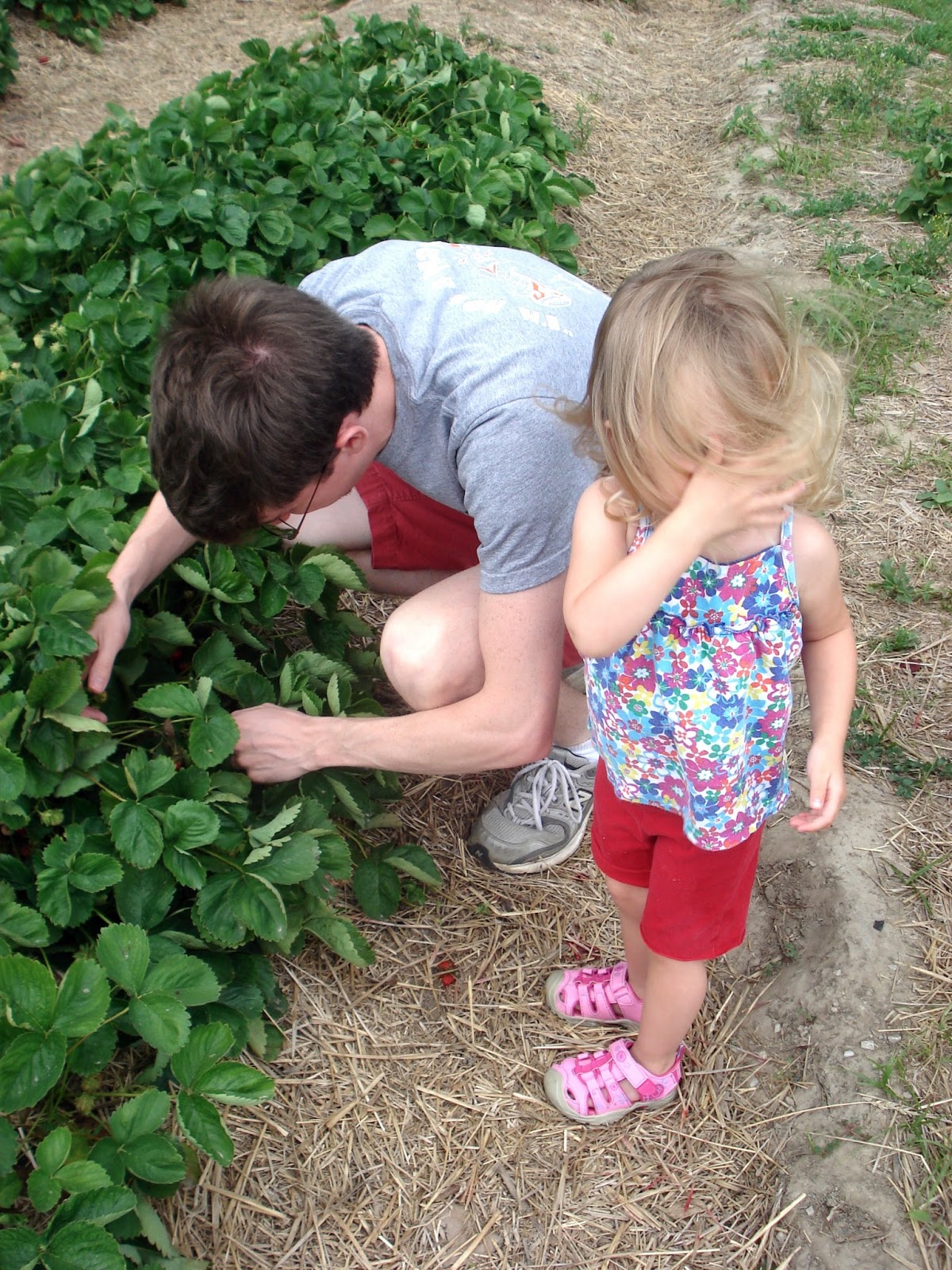 I mean and these clouds do look pretty scary, right? Did I mention that we were really close to where an EF3 tornado hit just over a week ago? 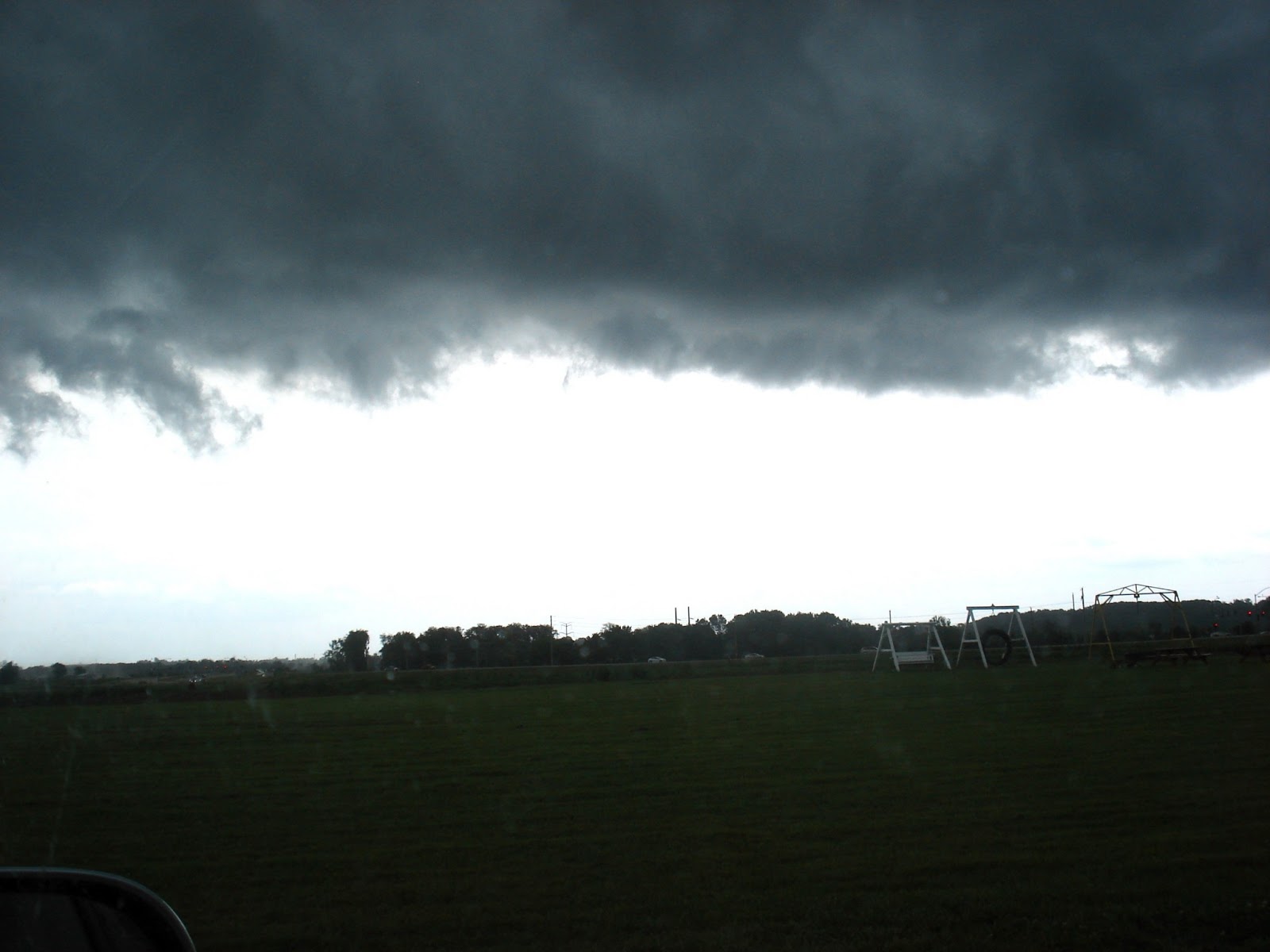 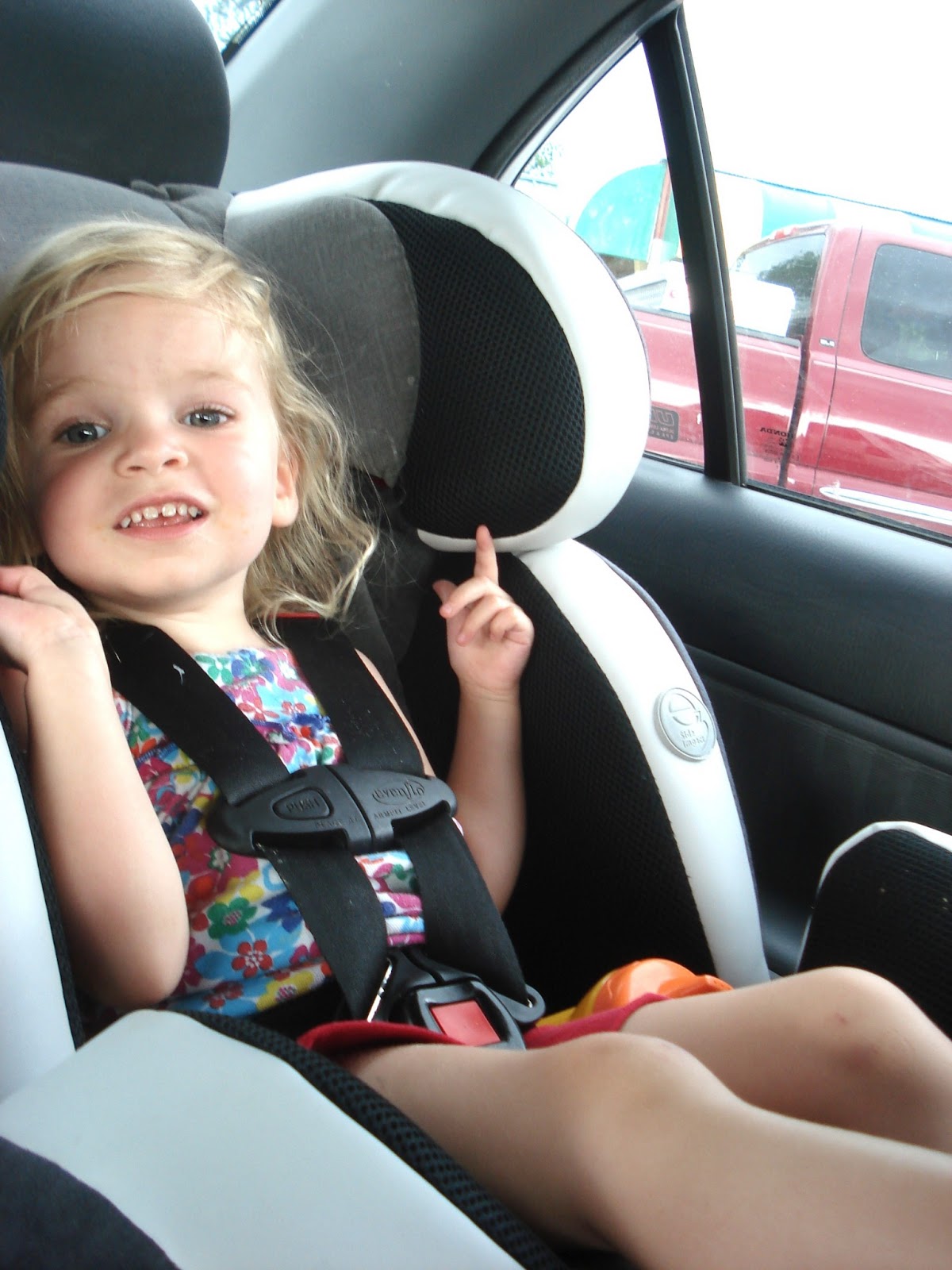 We'll see if we can't have more success when blueberry season starts ;-)