Linking up as always to the lovely ladies at Fine Linen and Purple. 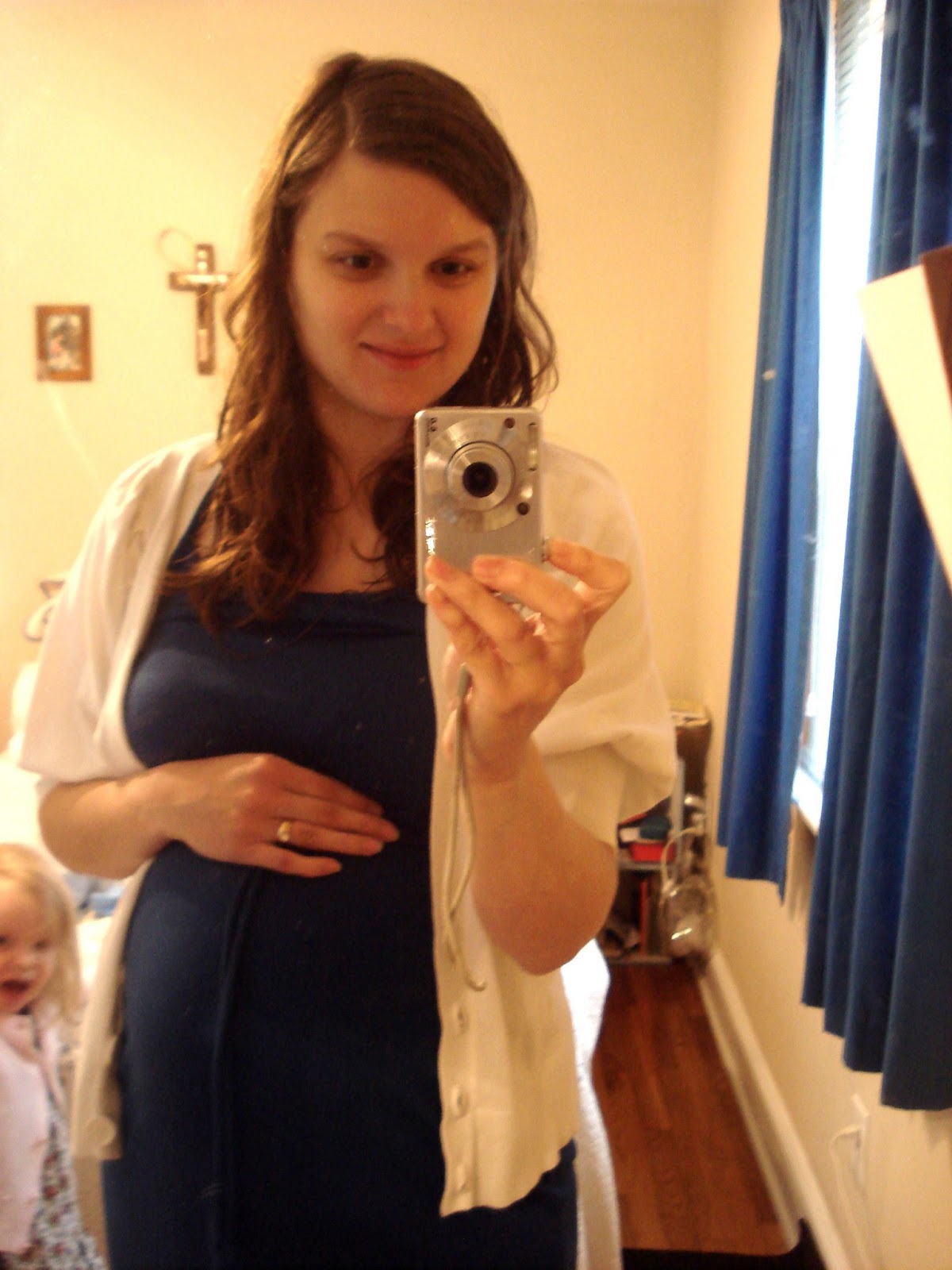 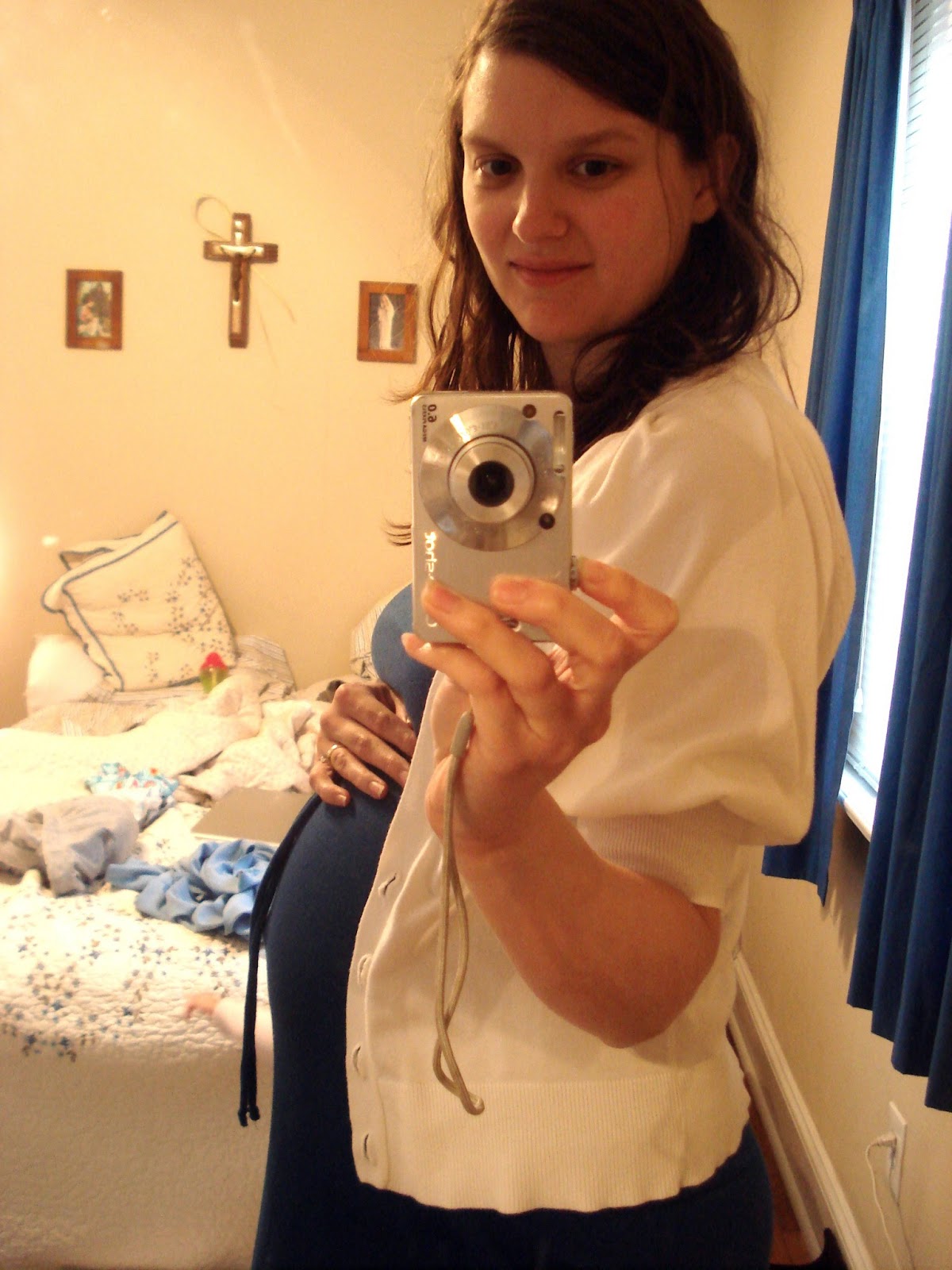 Yes, Sister Stinky is in the bottom left corner of the top picture. She wanted to take her picture, too.

This was the conversation she had with the Abbot when we came back from our post-Mass Sunday drive:

Sister Stinky: Take picture self, too!

Me: No, she's just saying she wants to take a picture of herself.

The Abbot: Oh, you want to take a picture of yourself? Are you going to post it on your blog, like Mommy?

The Abbot finds the WIWS link-up hilarious for some reason and chuckles to himself as I take my own picture each week. Husbands. What are you going to do with 'em, huh?

The hyperemesis nausea has been pretty bad this week. One day it actually lasted all day and the other days it was really, really bad in the evenings and night and late afternoon...like bad enough that it felt like there was throw up in my throat as I was trying to sleep. No fun! Big consolation? Baby Sister is getting SOOO BIG and her little movements are now visible from the outside and starting to amuse her parents ;-)

Coming up soon...our Montessori space is now carved out, but not complete! Look for updates soon. Also, please say a prayer for a dear friend who is in labor/or newly delivered right now. It's her first!