Happy St. Patrick's Day/Fifth Sunday of Lent! Sister Stinky was not dressed yet when I took my pictures this morning, so just me and the littlest girl will be featured. (Who is wearing nothing, but worry-not...she is very modest. We had a prolonged ultrasound session with her not wanting to show anything to prove her modesty.)

Almost 21 weeks here (as of this Tuesday)! Really low on the weight gain but still looking about how I did last pregnancy at this time (i.e. actually looking pregnant), so all's good ;-) 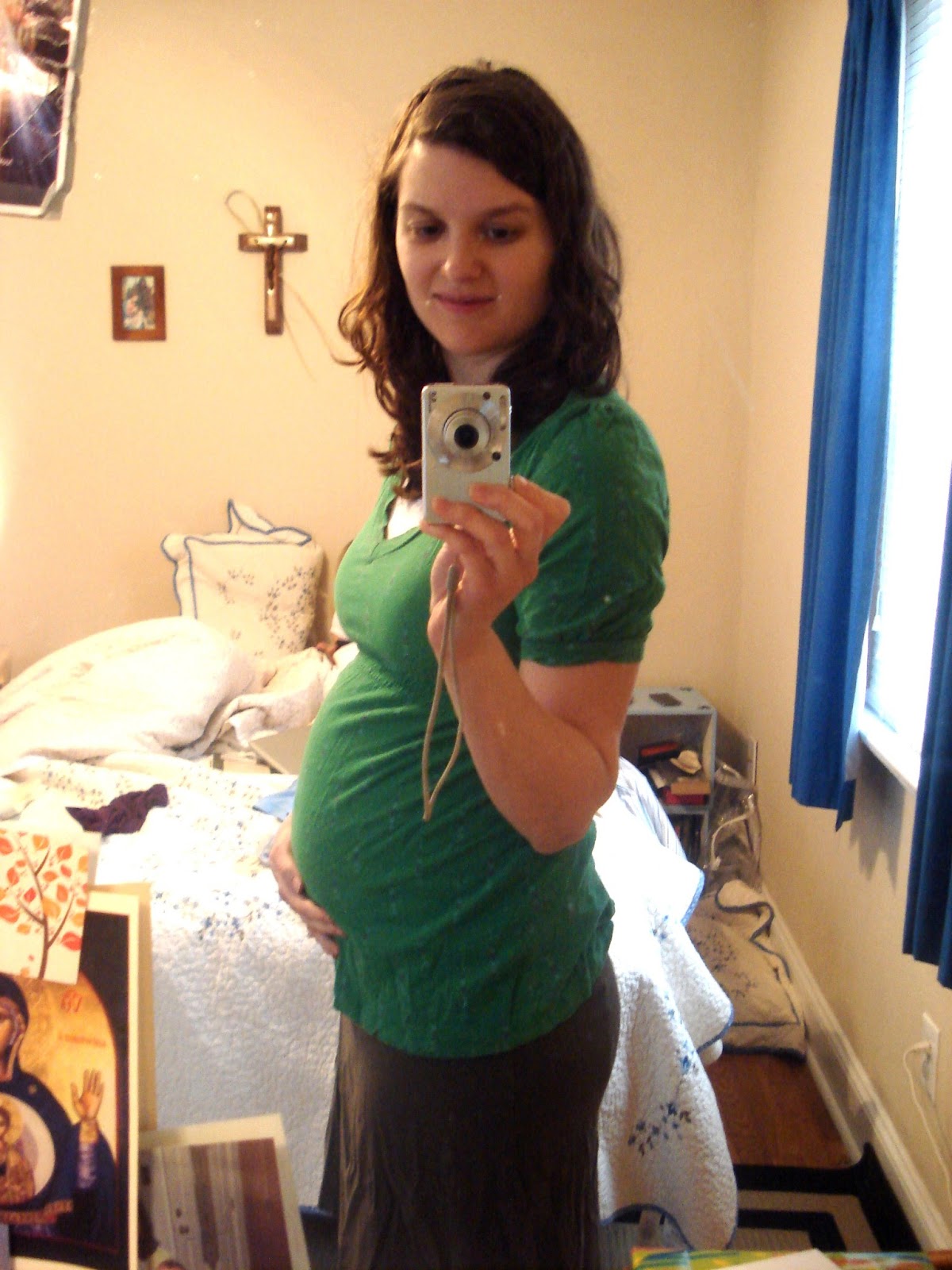 We went to a later Mass than usual today, which meant we all got to cuddle in bed a little longer. I think Sister Stinky is pumped for Palm Sunday because the last few Sundays that we've asked her to guess what color the priest is going to be wearing at Mass she's guessed "red." Next Sunday's Mass is guaranteed to blow her mind.

Btw, have I mentioned how much she loves our pastor? He's a monsignor (and an all round awesome down to earth guy - super reverent in the liturgy but totally smiles at toddlers who end up in aisles during Mass because he's just so happy they're there!) so she calls him "mon-sin-or" and she'll do anything if we ask her to do it for Monsignor or tell her that if she's not obedient she won't get to see Monsignor. It's pretty awesome. I don't know what we're going to do when we have to switch parishes whenever we move next.

Say a little prayer for the Abbot, too - his birthday is tomorrow and he's stressed and preparing like mad for his comprehensive exams in a couple weeks. He could definitely use your prayers! In celebration of his wonderful self/the gift of his existence we went out to eat as a family after Mass and got some corned beef and cabbage. Even I enjoyed it :-)

Linking up with the lovely ladies at Fine Linen and Purple!