What (we) Wore Sunday

Back for another week, joining the lovely ladies at Fine Linen and Purple! 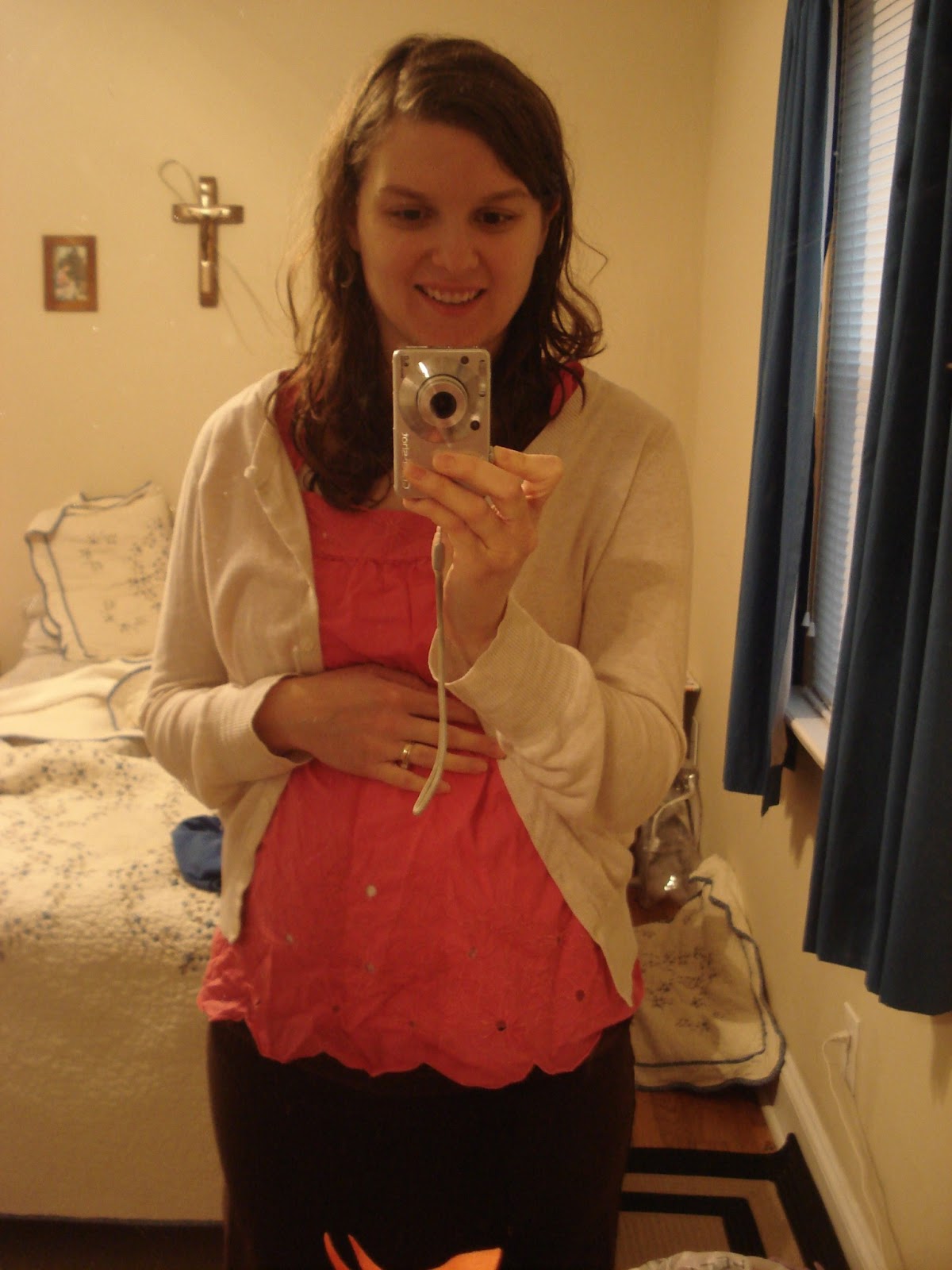 Simple but maternity friendly :-). I remember being able to wear this shirt at about the same stage of pregnancy with Sister Stinky. The Abbot and I feel like I look like I've shrunk, but the baby definitely hasn't...kicking and wiggling and rolling has gotten stronger and stronger! I'll be 20 weeks this Tuesday. This Wednesday, we'll find out if we're having a little boy or a little girl joining our domestic monastery. So be sure to check back later this week for the big reveal ;-)

(Unfortunately, the gender reveal may be overshadowed by another big reveal. But that's understandable!)

In honor of Laetare Sunday, the little girl and I wore our pinks ('scuse me...rose...I love how every priest I've ever known has insisted on making that distinction as if the liturgical color of rose is more manly that pink!). Here's the little girl chillin' in her pinks/roses watching Dragon Tales pre-Mass: 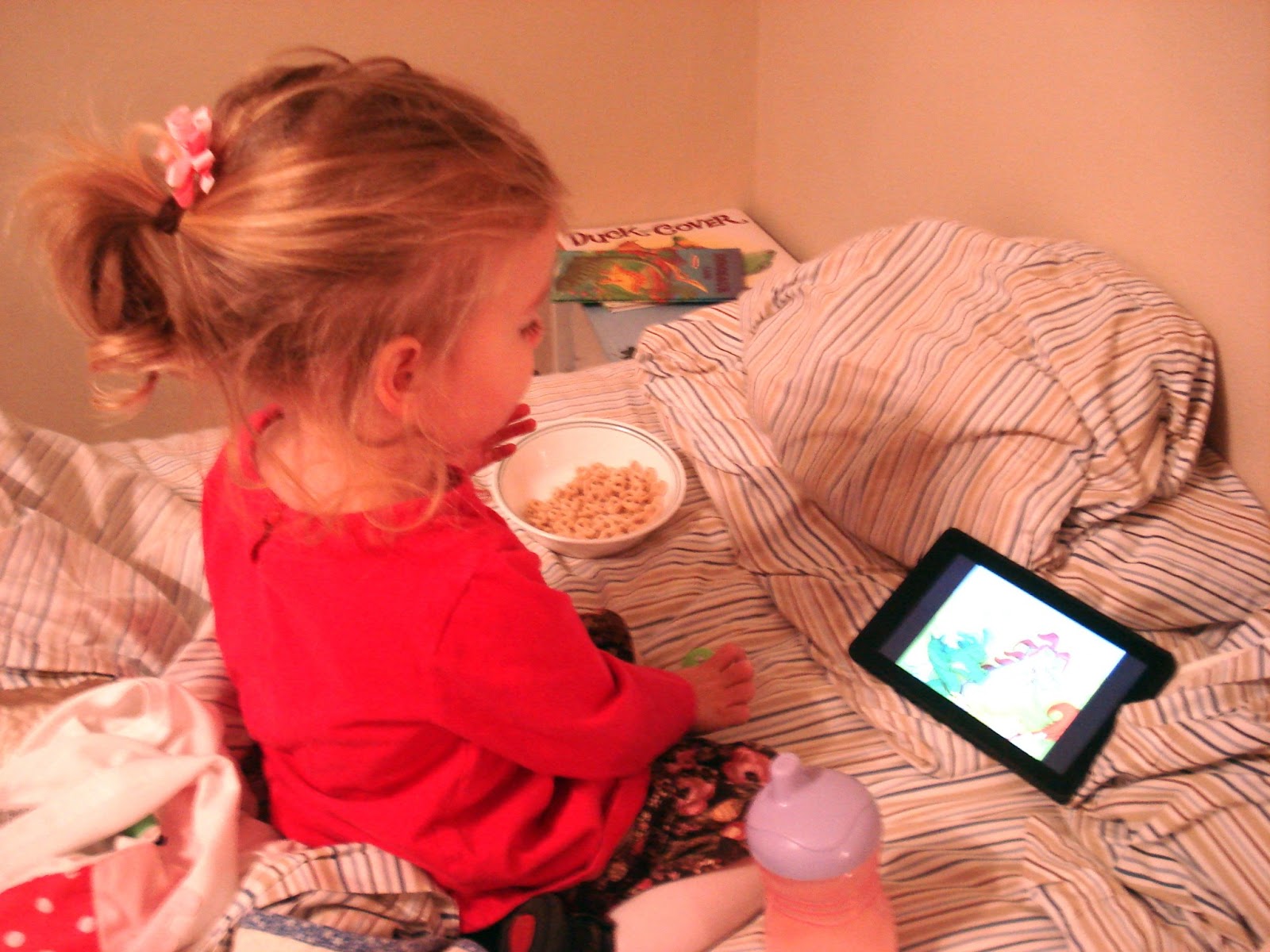 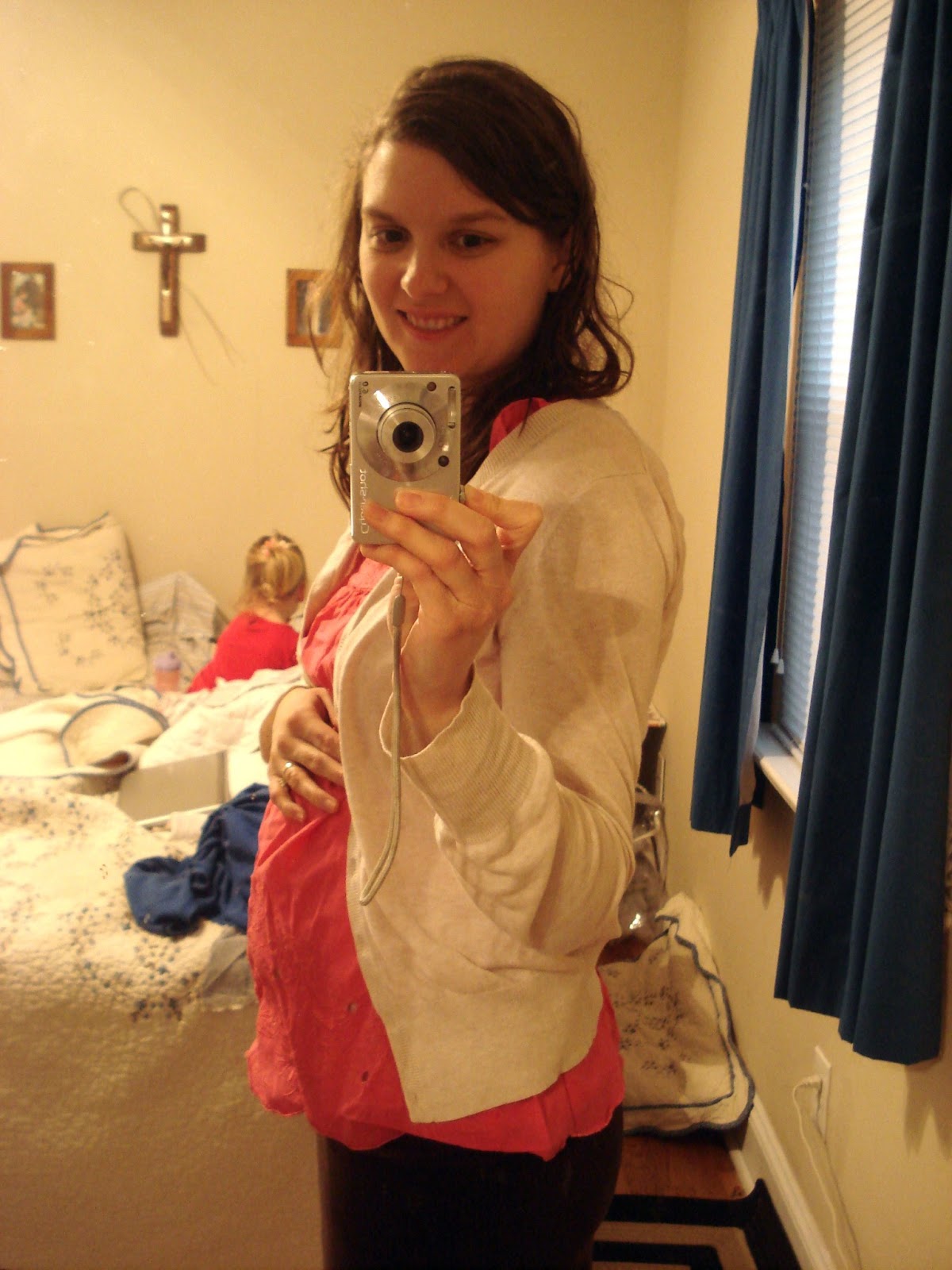 After Mass our family went for our weekly Sunday drive together, and I was sharing with the Abbot some ideas that had been formulating in my head this past week. All of a sudden I realized...Wow, that could be a book! So, I may be tackling a book proposal this week. Without going too much into detail, I've been thinking alot about the connection between imagination and growing in the Faith, and especially what that looks like for young children. Would you be interested in a book with that theme?

Later this week, I'll have to post pictures from the baby shower I helped throw for a fellow Ph.D wife. It was Beatrix Potter themed and absolutely lovely! What really made it work was the fact that all the people helping throw the shower kind of pulled together with their individual talents to make it all happen. Isn't that the best kind of party? Be sure to check back later this week for those pictures!