Cardinal Dolan says it so well. I especially love the image he gives of the conclave being like a retreat. We must remember this is a process being done with much prayer and humility. It is not your average "political election" (as the Cardinal in this video reminds the media!).

It is important to remember that being a priest, or a bishop, or a cardinal in the church...it is not about power.  That's a mistaken belief thrown out by the secular media, but it's not at all the teaching of Mother Church. Rather, it is about humility. It is about being a servant to all. If anyone treats the position as anything other than that...they've got it all wrong! Christ called the Apostles to wash the feet of others, and (as someone who has worked in a parish) I can attest that there is an awful lot of feet washing that goes into the job of a truly dedicated priest! This is the vocation of these men, and I think they feel it most deeply as they enter the conclave.

Come, let us join them in this time of prayer. Veni, Sancte Spiritus! 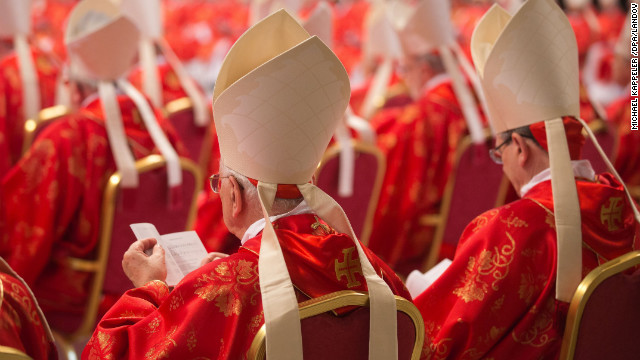