Happy birthday to the Abbot! (Sister Stinky is already excited about the cake we're going to make him later.) And happy feastday of St. Cyril of Jerusalem. I love St. Cyril because he was a really faithful catechist. We read some of his writing back when I was in grad school (in a program focused on catechesis) and I loved his dedication to teaching about the faith, and especially his great care in preparing people for Baptism.

You're probably wondering how St. Cyril celebrates his feastday. You don't have to wonder for long... 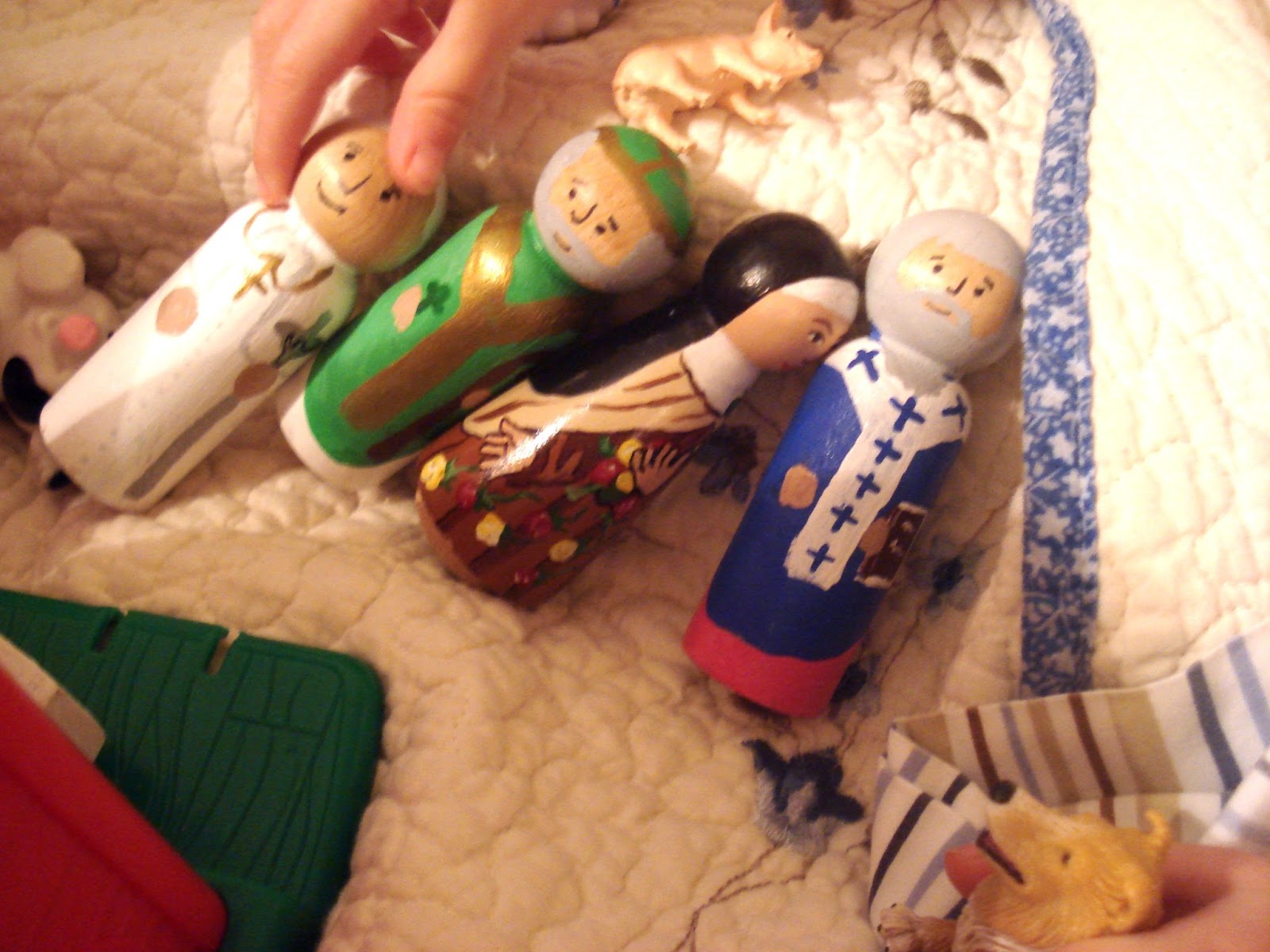 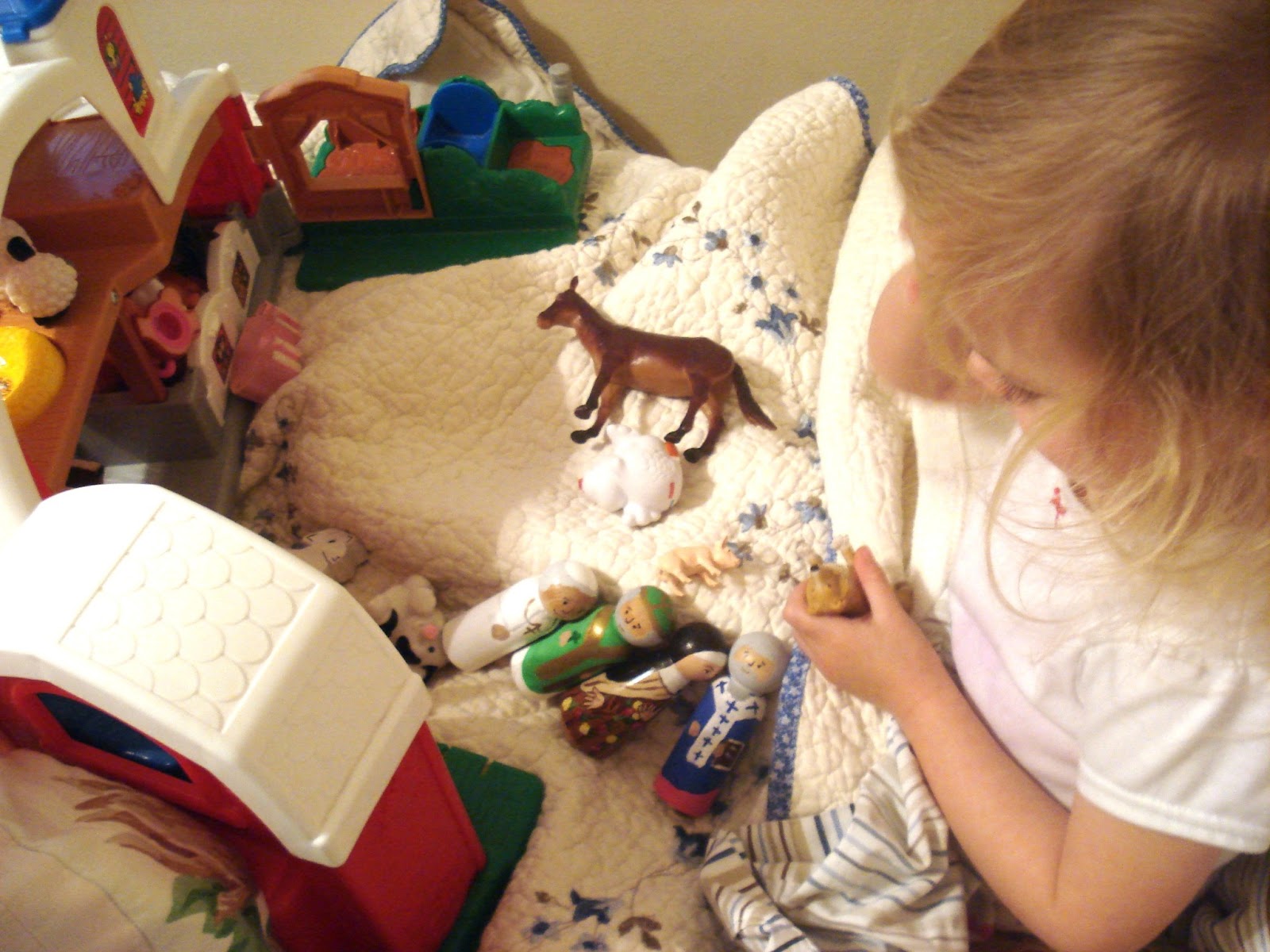 Well, Cyril went down to a farm with some of his closest friends. He started out the day concelebrating Mass with Blessed John Paul and St. Patrick (don't worry, Blessed John Paul did lead the liturgy). St. Therese and the farmer were both in attendance and both gladly received Communion. The farmer was so excited to actually have a daily Mass said on his farm. Of course, Blessed John Paul felt right at home, being such a former sportsman and all. St. Patrick made sure to get rid of all the snakes first thing, and St. Cyril presumably gave a wonderful homily. After Mass they explored the farm with the farmer, and now they're all watching Veggie Tales together ;-)

(Other than St. Therese, all the saints were painted last night! You may wonder why I didn't make a St. Joseph, being that his feastday is also this week. He e-mailed us and told us he'll plan on coming later this week, when we have our saint doll swap.)

Have a lovely Monday, everyone!