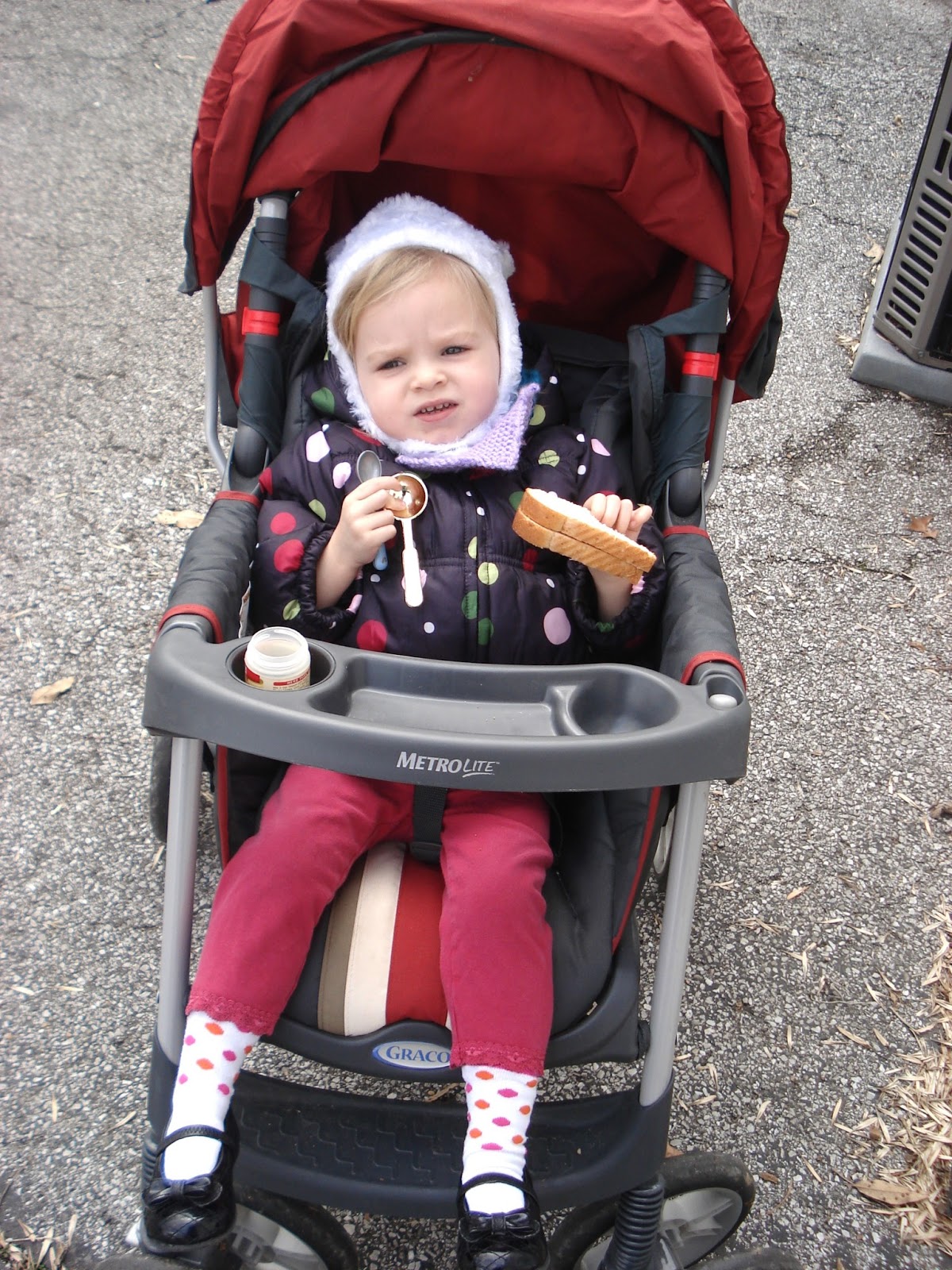 As previously mentioned, walking season has officially begun! It's been cold on our walks this week, but it's also been soooo good to be outside again!

Sister Stinky just learned how to say, "Okay." I'm not sure where she learned how to use word. I say that because the Abbot and I find it hilarious how she uses this word. She always says it with a sigh and a sort of defeated tone of voice...even if she's agreeing to something she originally suggested. Case in point, conversation with the Abbot last night:

Sister Stinky: Movie! Movie!
The Abbot: Oh, do you want to watch a movie?
Sister Stinky: (sigh and defeated tone of voice) Okay...

The clothing battle has begun and is continuing on in earnest. Getting dressed every day is such a hardship to our toddler, apparently. The Abbot is trying to implement some suggestions from his mom, but honestly we could use all the suggestions from more seasoned parents we can get. How do you get a toddler to get dressed (i.e. out of her pjs) every day without her having a complete meltdown?

I've been part of the planning for a baby shower for a dear friend...and it's happening tomorrow! I am so excited. I love planning things and then seeing them come to fruition.

Not gonna lie...I kind of like the sudden freedom I have when a project I've been planning is finished, too!

Speaking of which, I was talking with the co-author the other day, and she and I are still fuzzy on the exact release date of the upcoming book. I'm really excited about it, though, and especially excited to host a giveaway here once I get my copies!!!!

Tomorrow is my beautiful mother's birthday! I am so grateful for the gift of her life. Say a prayer for her if you think of it, "okay"?