I originally got to know Bishop D'Arcy through the Notre Dame graduation controversy of 2009. (I wasn't a member of the radical group that protested outside the gates of the campus trying to get arrested. The Abbot and I were a part of the group of students who chose to pray for life that Sunday afternoon during May, rather than attend graduation. That whole tale is another story for another time but basically the controversy was over the university honoring a president with an honorary law degree, who had in fact worked so diligently to promote pro-abortion laws, something which goes against the heart of the Church's pro-life stance.) I was impressed by Bishop D'Arcy's staunch defense of life in the middle of the controversy, while still maintaining a caring and pastoral approach. He disagreed with some of the things that happened at the university but he had a shepherd's love for the university, as he did for each member of his flock in Northern Indiana. His stance was one that bishops across the country took as well during the controversy, but his concern and love for the university in the midst of it all set a true pastoral tone for all who followed.

Although that brief time was the main time my paths crossed with this man of faith, I watched him from afar as a member of his diocese at the beginning of our marriage. The other thing that thoroughly impressed me about this man was his abiding love of his flock. Bishop D'Arcy, although not native to Northern Indiana, had a deep love for the Diocese of Fort Wayne/South Bend. Anyone who crossed paths with him knew that. He was a humble man from Boston, and he maintained that humility while serving as bishop. He was such a joy filled, down-to-earth man, and possessed such a strong love for Jesus Christ. You could tell it motivated all he did. 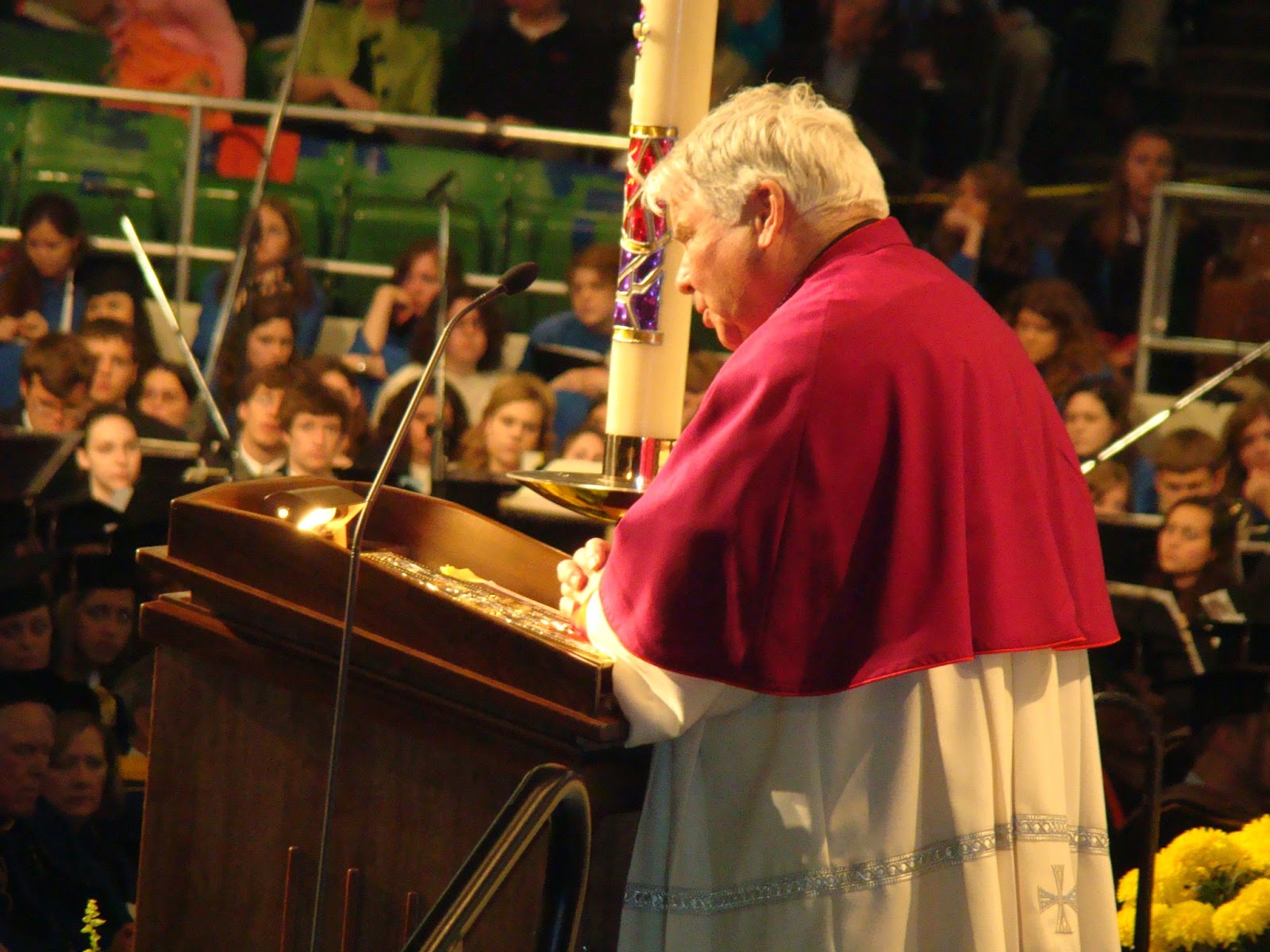 Please pray for the repose of his soul, and for the comfort of all those mourning his loss.
Email Post
Labels: Bishop D'Arcy Catholic Communion of Saints vocation