We got a TON of snow at the tail end of last week (relatively speaking...it would have been nothing where the Abbot and I grew up, but it was a respectable amount for this far south). It's still lingering, so Sister Stinky and I mixed up a batch of green and pink snow paint (food coloring and water) and headed outside. Armed with our squirt bottles filled with snow paint, we ventured out into the backyard. 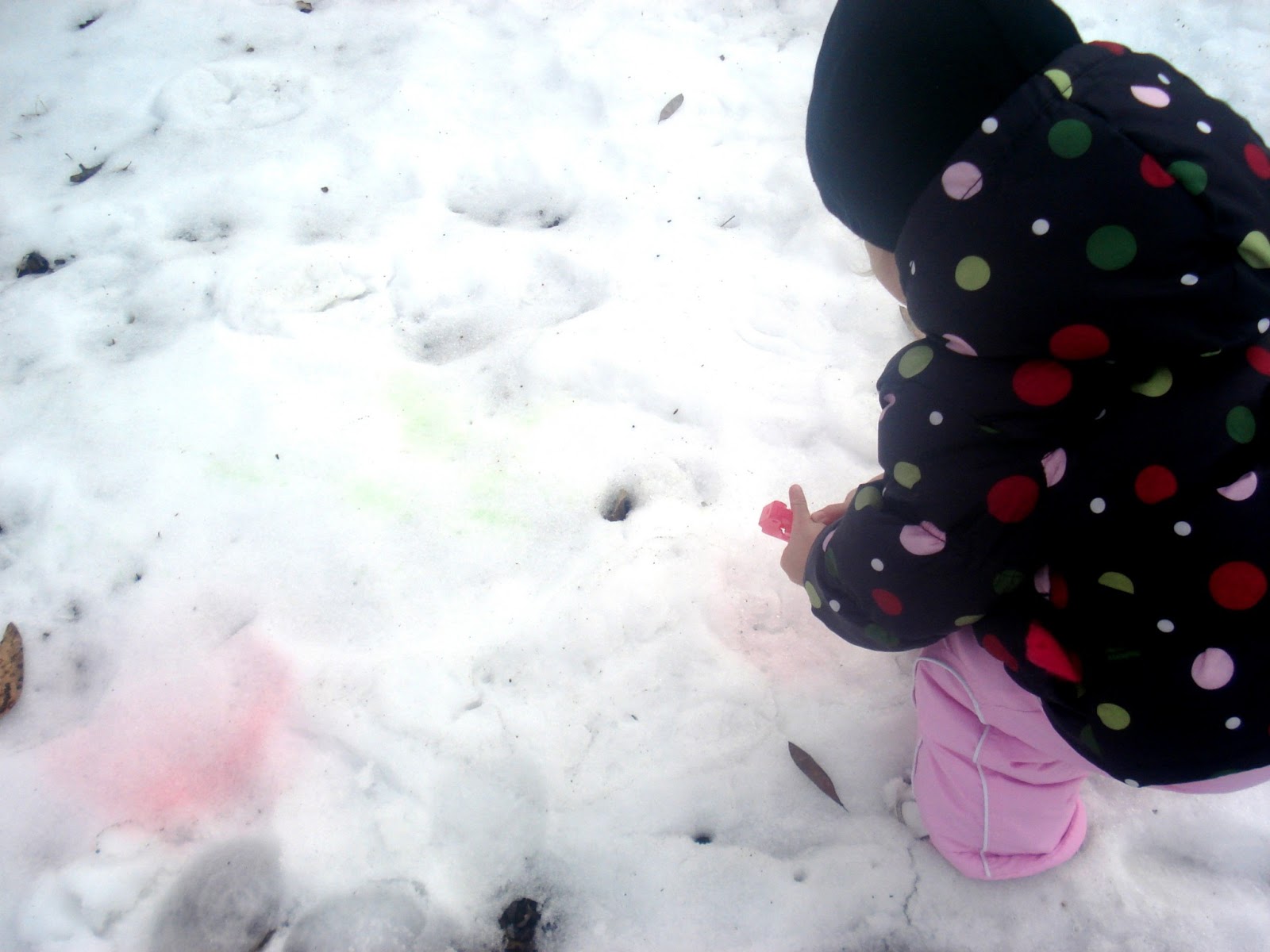 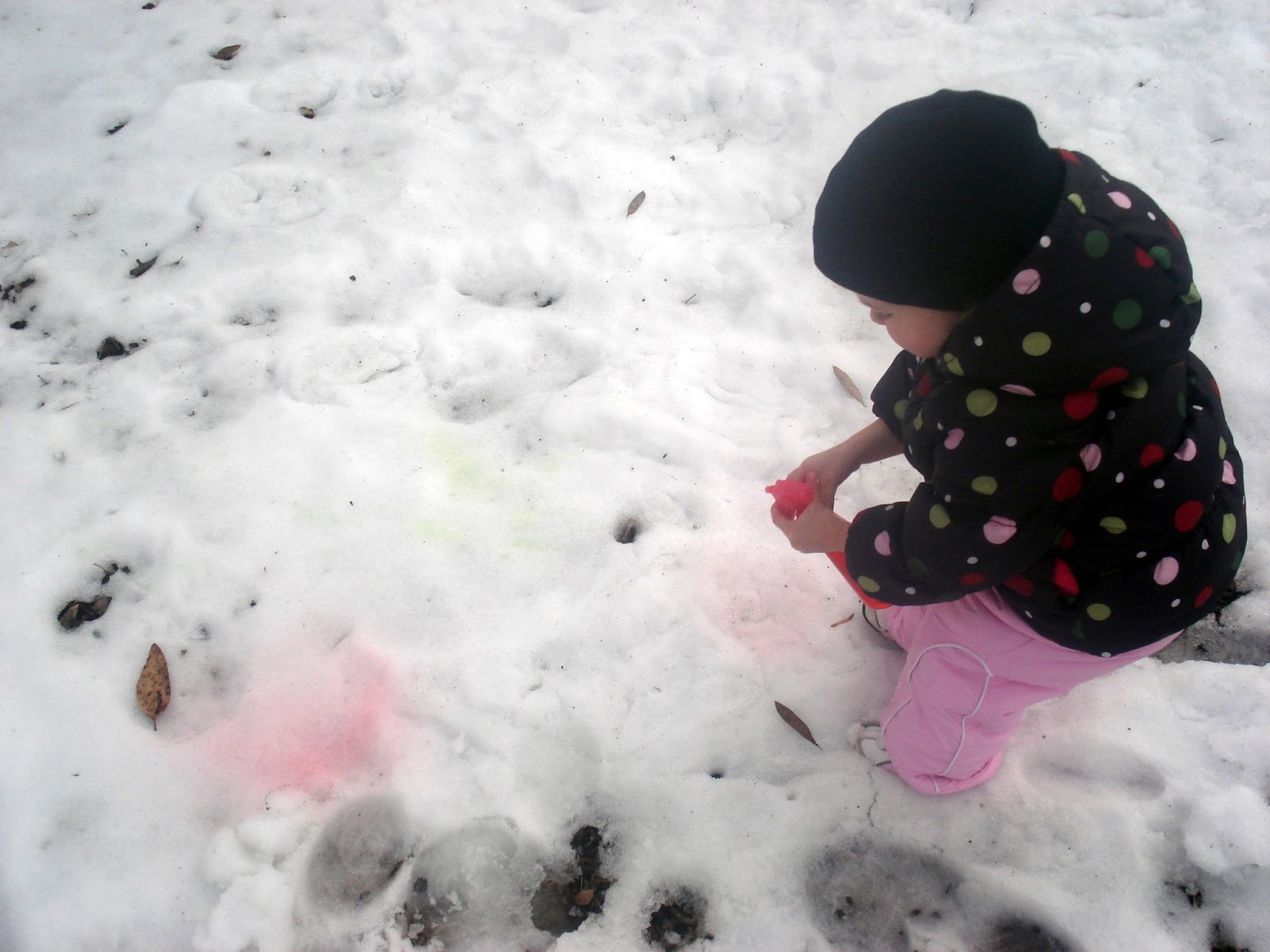 (You can barely see it, but there was definitely some pink snow. No yellow snow, thankfully.)

While we were busy starting to paint, the Abbot came home! (Lucky guy was studying at the diocesan seminary that is...get this...IN OUR NEIGHBORHOOD! Pretty awesome.)
Sister Stinky invited him on down. 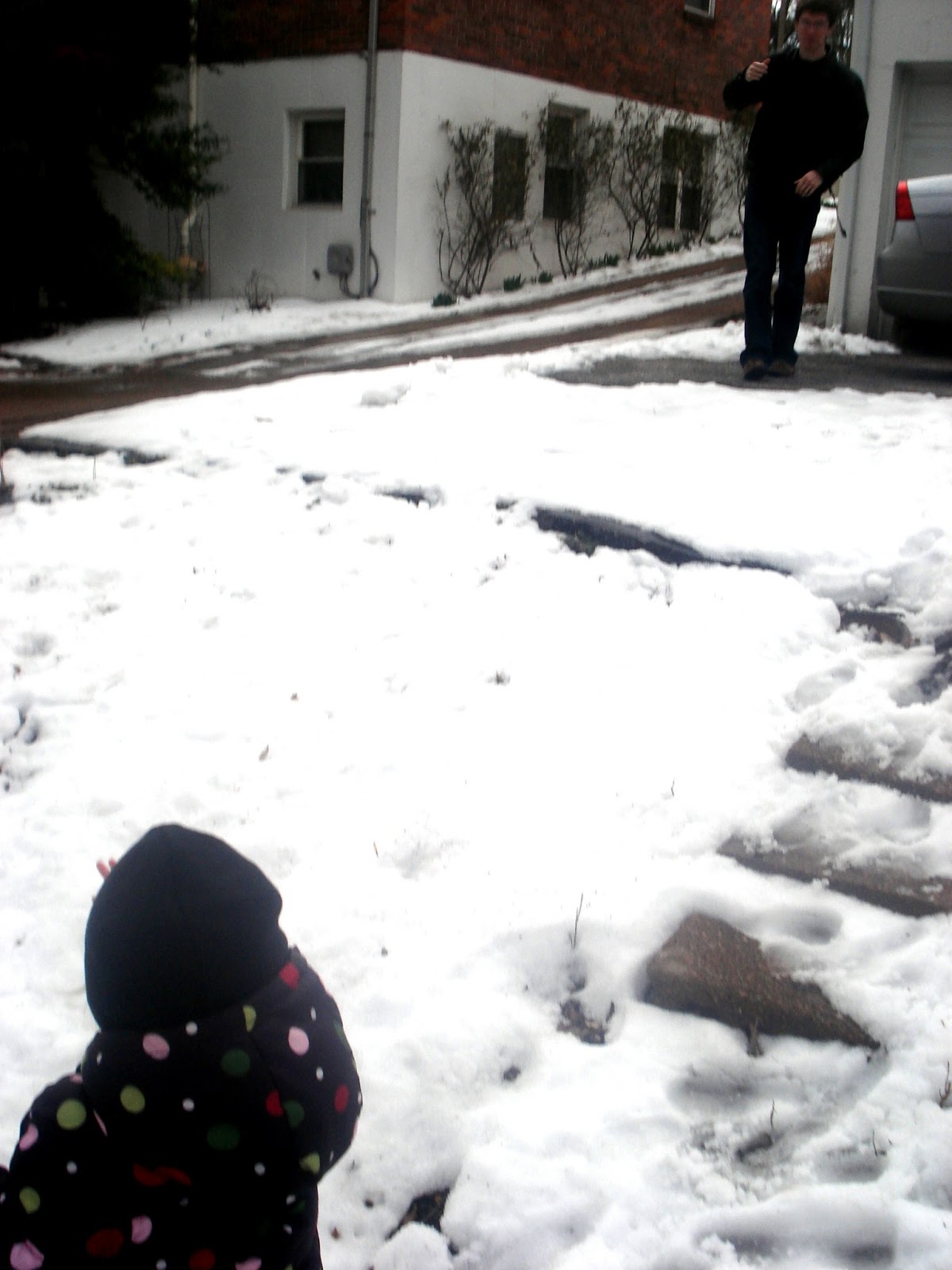 So he joined us for a little painting. 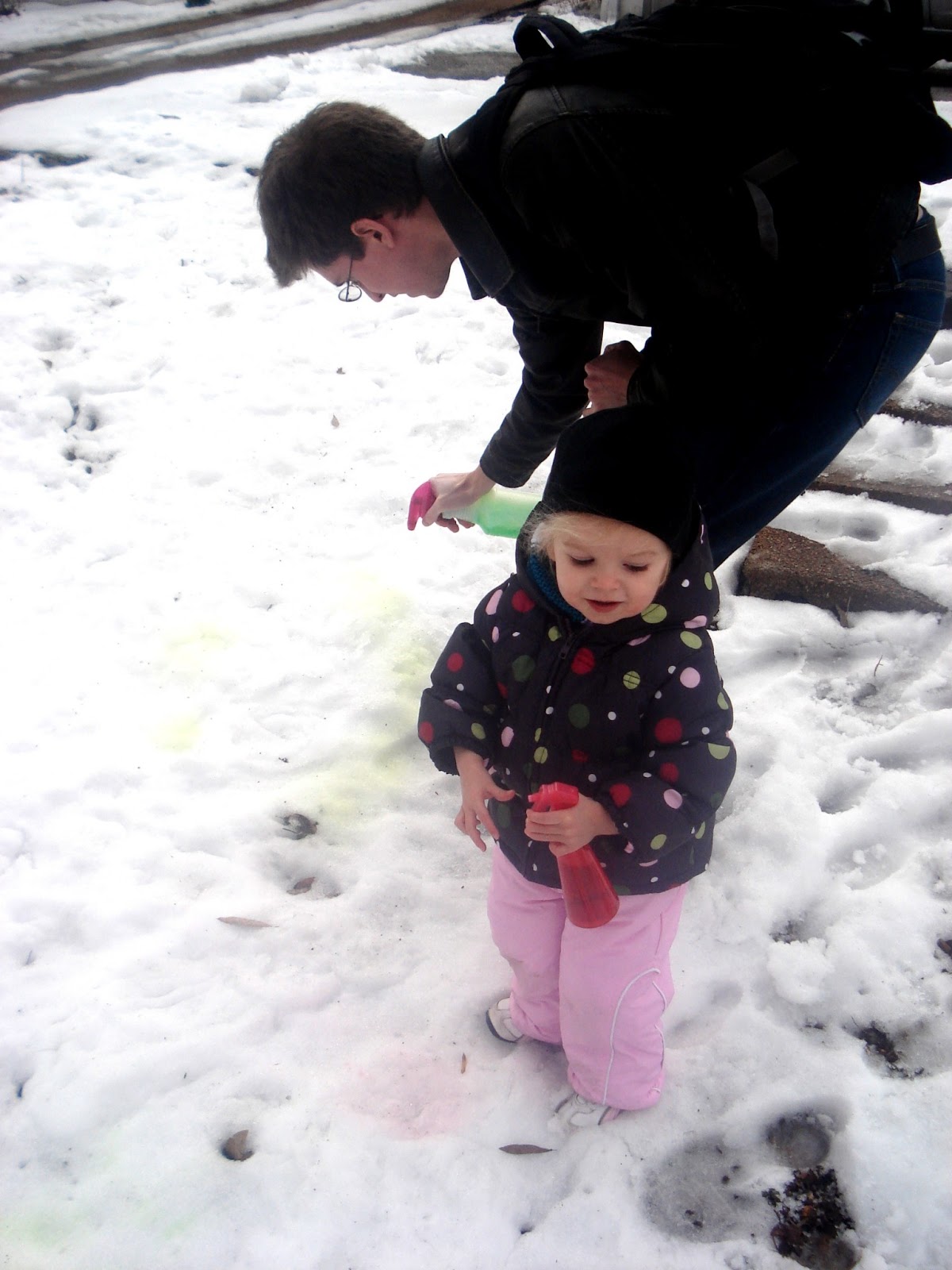 Before heading in, he judged that we probably still wouldn't be able to manage a big snowman (he and Sister Stinky had tried when they were playing together on Saturday) but we just HAD to try! 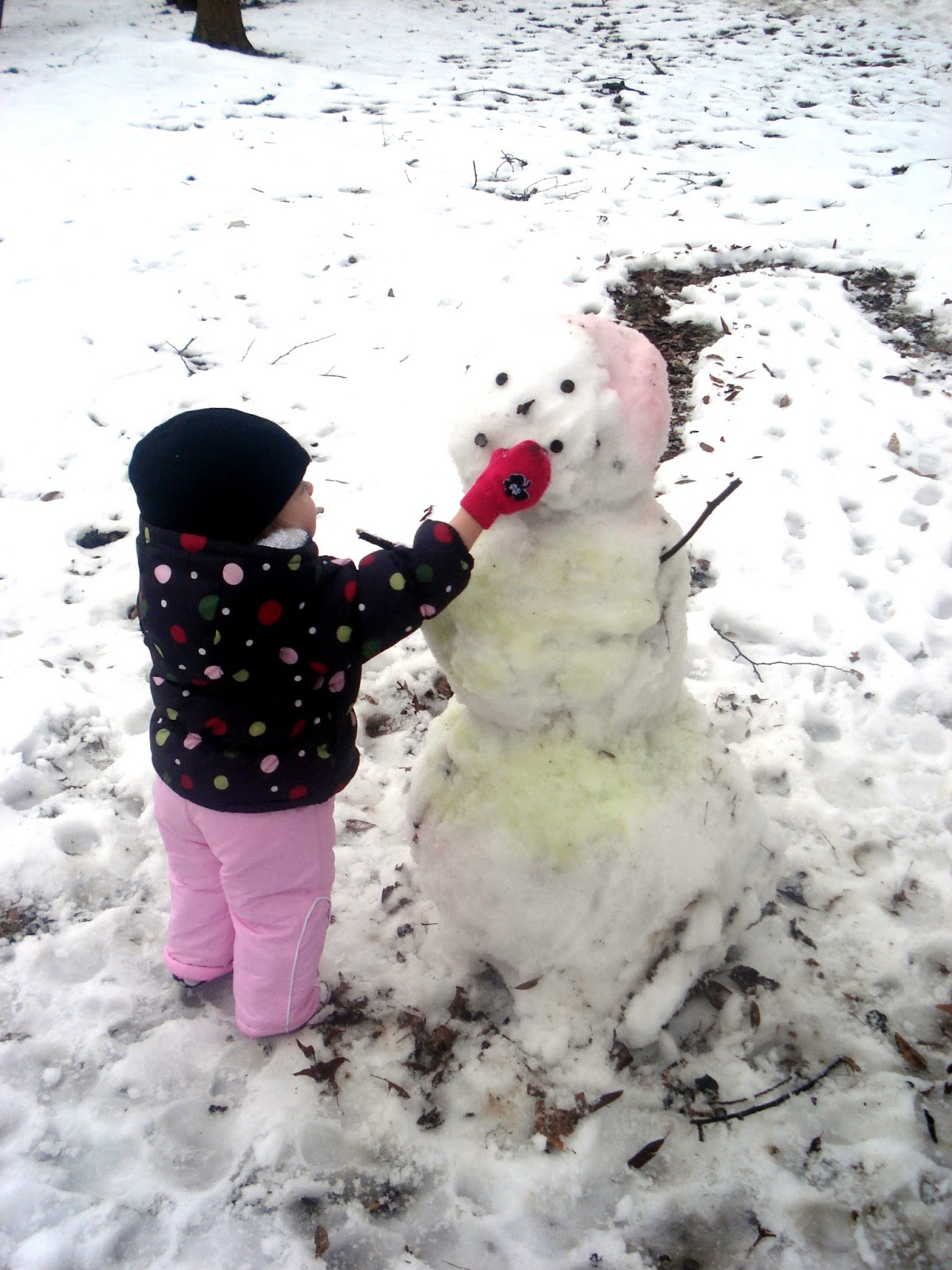 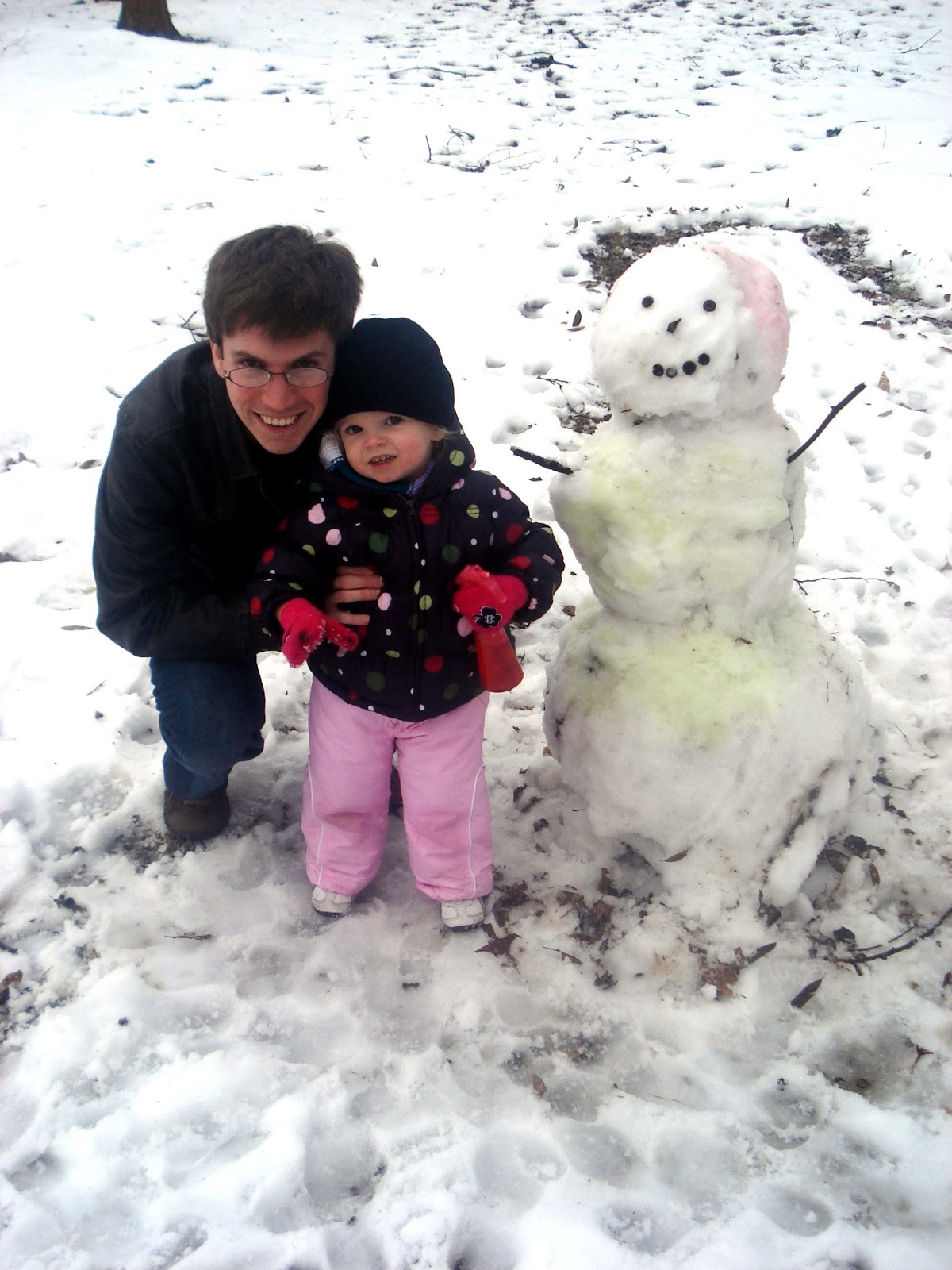 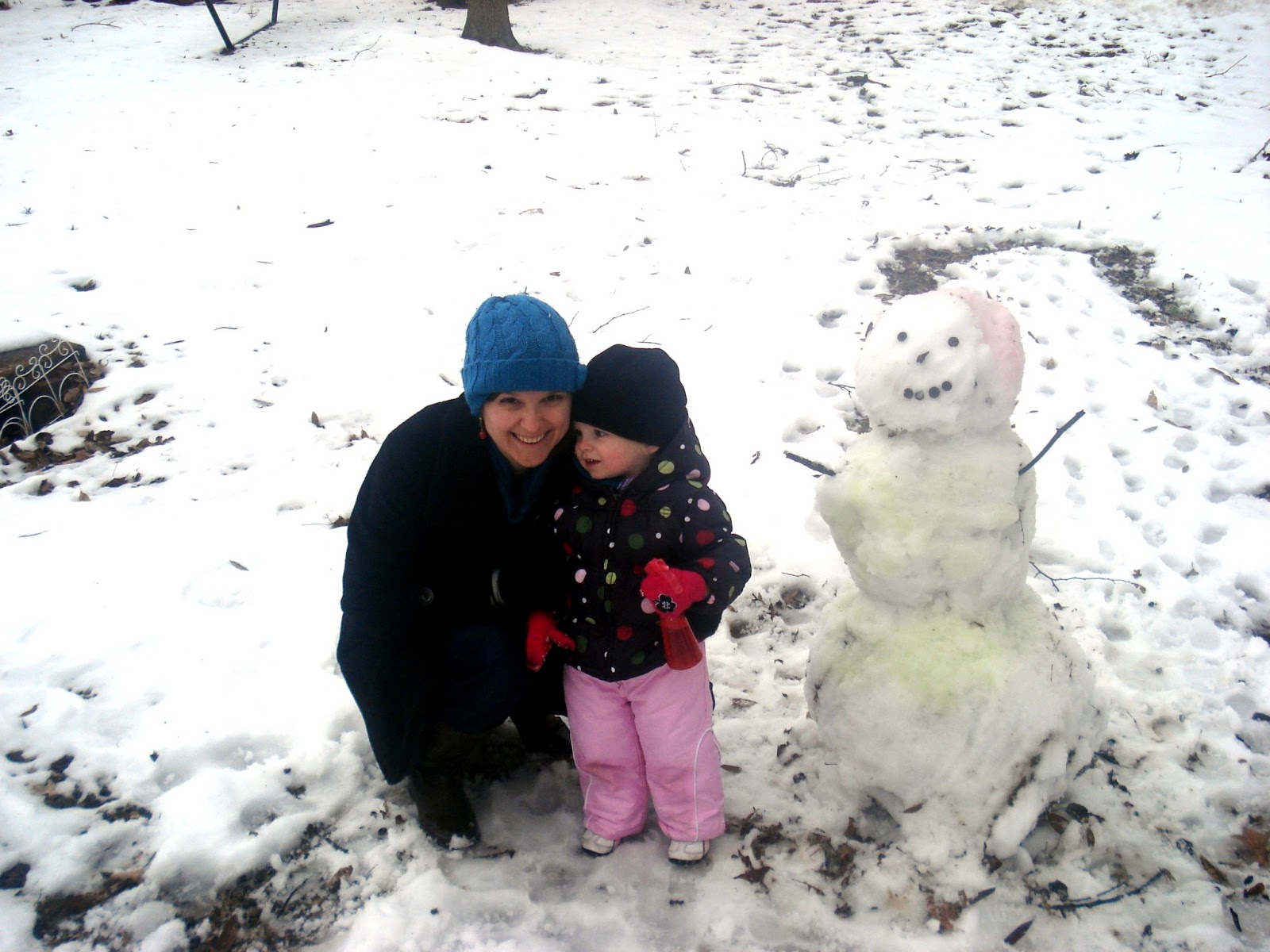 (Never fear...our snow is not discolored. We just painted it lime green and pink.
Snow paint is kind of addicting.)

Little Sister Stinky was SO HAPPY! It was a dream come true for her after so many failed attempts. 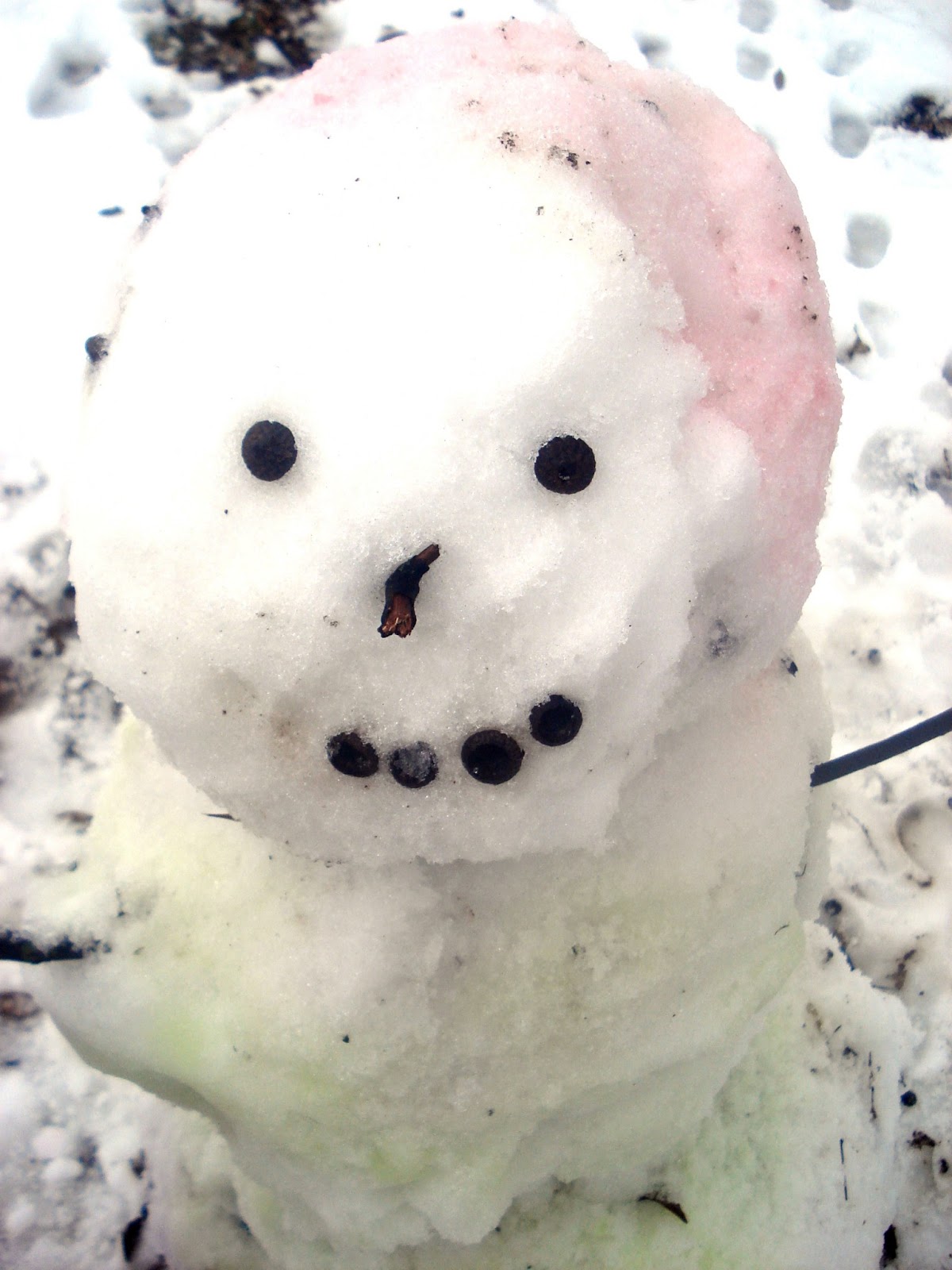