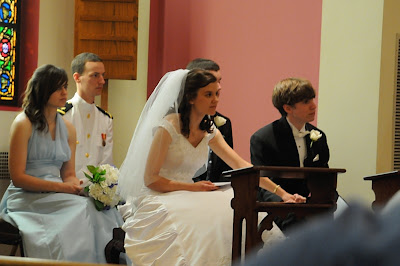 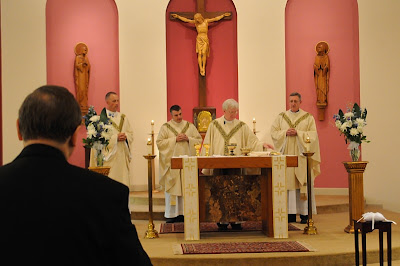 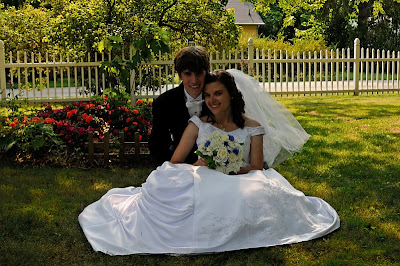 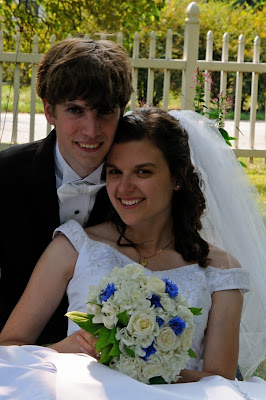 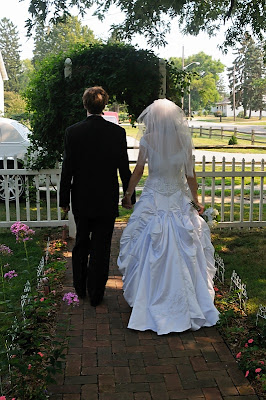 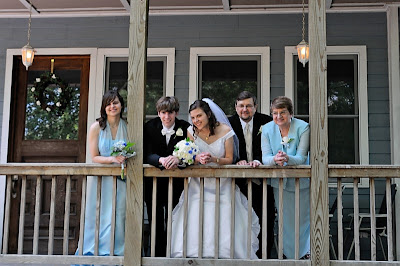 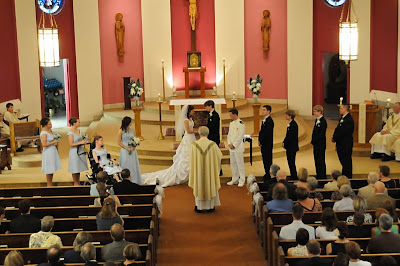 Yesterday, on the Feast of the Assumption, the Abbot and I celebrated our 3rd wedding anniversary. It has been such a blessing being married to this man for three years. I can't imagine anyone else who I'd rather have gone through all the ups and downs of those years with.

Mass yesterday was a bit different than it was three years ago. We were in the back of the church, not the front, and occasionally thought everyone was paying attention to us, but for a very different reason. We spent our time pacing with a wiggly toddler and desperately trying to get her to whisper her requests (rather than shouting, "Cross! Off!" at the sight of the cross attached to the kneeler). Despite her toddler-esque behavior yesterday, I couldn't help but gaze at Sister Stinky with gratitude and awe, knowing that she is a product of our marriage. The Abbot and I have learned - from our own experience and that of friends and family - that children can never be taken for granted in a marriage, and we don't know how many God will bless our little family with. And so, we are grateful for the child we have been given thus far.

Although Mass yesterday was far more chaotic than that Mass three years ago (and that's saying a lot, knowing all that went in to a wedding Mass) there was something precious about it...we were once again giving God our "yes" to our vocation.