So, you may wonder, did I ever complete those DIY Sandpaper Letters that I promised you a tutorial of? 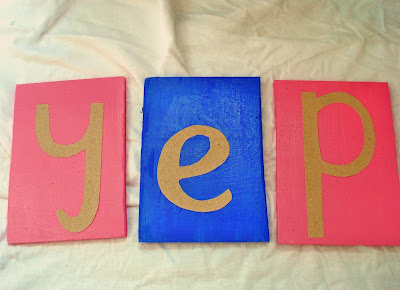 As any parent who's ever looked in to the Montessori method knows, there are a lot of options for materials out there! And any parent who's on a tight budget might worry, "How can I possible afford all of this?" The good news is that a) there are some very reasonable priced sources online for all things Montessori and b) many of the materials can - with a little bit of time and patience and a ton of creativity - be handmade.

The sandpaper letters, used to introduce little ones to the sounds of the alphabet, are one of the easier DIY Montessori materials to start off with.

1. Select the material you are going to use (most people chose either very stiff cardboard or some form of wood, but there are other options, too). Mark your material so you know where to cut/saw the placards. 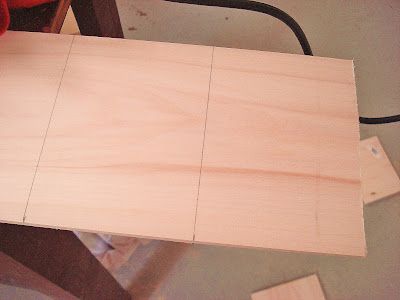 2. Saw the backings for your numbers. I used a jigsaw but you could also use a handsaw, a table saw, a coping saw, a scroll saw, etc. 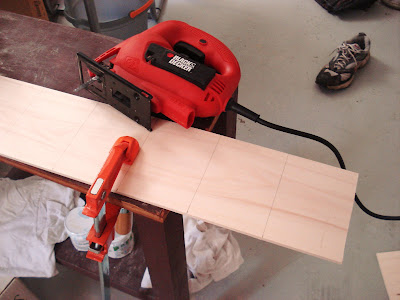 3. Sand the edges (I actually took a Dremel to the edges, but a little sandpaper and elbow grease would work, too) and you'll end up with this. Your next step will be to paint all 26 letters. You'll need to paint the vowels (5 cards) blue and the consonants (21 cards) red or pinkish. (I think red is the traditional Montessori color, but I've seen a lot of places use pink and I liked the look of pink better). After the paint dries, cover them all with a thin coat of Mod Podge (or something similar). I used a matte Mod Podge finish for ours. 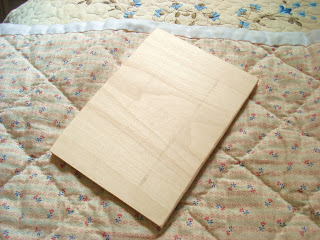 4. See these scissors? See this sandpaper? Get to know it. You're going to be spending a lot of time together! 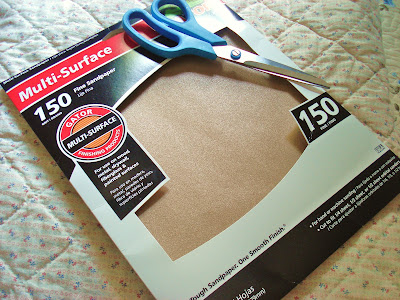 The traditional presentation of the sandpaper letters uses cursive letters, although many now use print letters instead. I decided to use simple script, since I reasoned that that would be the best of both worlds. I printed out this handy free template, and cut out all the letters. After I cut out the letters I used a glue stick to glue them backwards on to the back of the sandpaper (so that they would turn out forwards). Then, I enrolled the Abbot's help in cutting out all those sandpaper letters. (We also peeled off the original paper templates from the back, which was easy enough because the glue from the glue stick didn't adhere too firmly.)

5. Finally, I attached the sandpaper letters on to the background placards (with some Mod Podge) and did a finally sealant coat of Mod Podge over the whole thing.

Ta-da! I think they turned out quite lovely. :-) 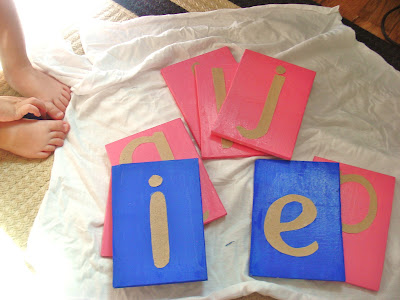 (The glimpse of cute little baby feet is a bonus feature of this tutorial. You're welcome.) 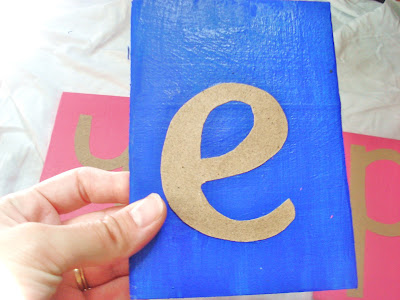 Although this is a pre-reading/pre-writing material when used in Montessori schools (and therefore will probably be used by Sister Stinky much more in a year or so), there are some clever ways you can use these with toddlers.

To begin with, the main drive of this material is the sensory experience of tracing the sandpaper letters, and this is certainly something that a toddler can appreciate to some extent. But, if you want to be really inspired by a great use for sandpaper letters with toddlers, check out this post from Living Montessori Now...a great website for all things Montessori! I'm hoping to be able to utilize them in a similar way with Sister Stinky in Tot School.

Now we've got another DIY Montessori material in the works...can you guess what it is? 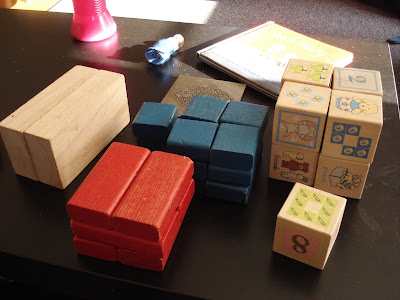