When the Abbot and I were in college, neither of us was very good at taking a break. Even on weekends, we spent a good amount of time having "study dates," holed up in the library or reading together in one of our dorm rooms.

This trend continued when we were engaged, and seemed like it would continue into our marriage - work, work, work...especially on the weekends, because that was a good time to catch up and get ahead on homework!

(We're not as nerdy as we sound...we did go to a school where pretty much every student buys season football tickets, and we were by no means exempt from that practice!)

The worst was on Sundays. We would go to Mass together, of course, and maybe take a break for a nice brunch, but after that...it was time to hit the books! This was a very common practice on our college campus (and I'm willing to bet that's the case on most college campuses). Saturday was a day where you slept in and relaxed, and then Sunday was catch-up day.

However, when we were newlyweds, we discerned that God was calling us to make Sunday a true day of rest. As a couple of graduate students, we realized we were barely getting good, quality, non-stressed time together and that we desperately needed a day where we put aside the books and re-charged our batteries.

And so we gave Sundays over to God. We haven't turned back since! Sundays are a day where we get an excuse to relax, rejuvenate, and spend time together as a family. With the Abbot now in a doctoral program, this has become more important than ever! We LOVE our Sundays!!! 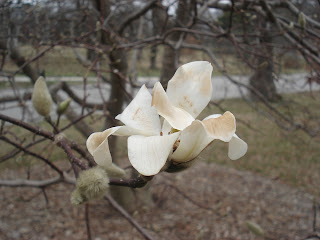 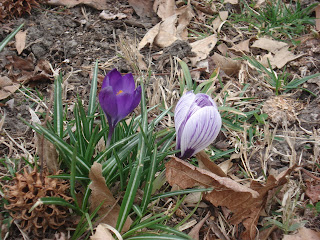 Last Sunday, we went on a family walk through one of the beautiful parks in the city. We don't live much farther south than we did last year, but we live far enough south that things are already blooming and budding around here! It's wonderful!
{happy} 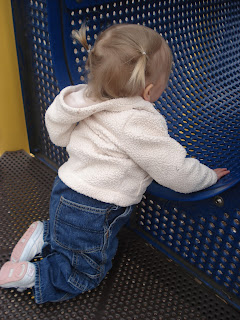 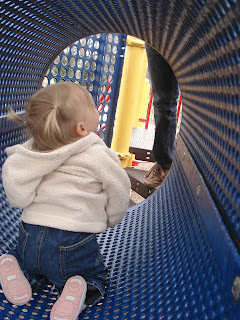 This little Sister Stinky and her little pigtails make me so happy! One of the most beautiful things about spending Sundays together as a family is that by slowing down I find I'm able to appreciate Sister Stinky and the Abbot so much more. Sundays are a day when we are most ourselves as a family. To put a play on a phrase an old professor of mine, on Sundays we, "Do family the way family was meant to be done." We are more patient with each other, less hurried and stressed, and are able to take time to enjoy each other's presence. Blessed Louis Martin, father of St. Therese of Lisieux was adamant that Sundays should be a day set aside and different from every other day. In her autobiography, Therese decribes their Sundays as being like a little glimpse of heaven. Can you imagine if our children grow up and are able to say that?!!
{funny} 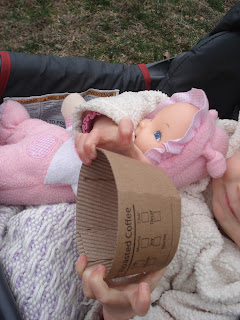 Awhile back I ran across an article about "un-toys"...you know, the kind of toy that isn't a toy but captivates your child more than any toy possibly could? This was Therese's favorite un-toy on our Sunday walk... 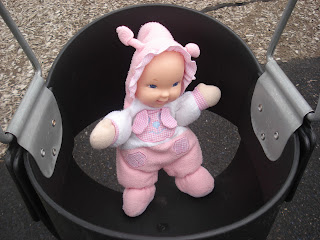 Mary Jane also had a funny moment. Poor Sister Stinky gets quite nervous on the swings, so good ole' Mary Jane hopped into the swing beside her to let her know there was nothing to fear. Such a trouper, that Mary Jane is. I'm awfully glad we've got her in our domestic monastery. Did you know that she offered to lead Compline/Night Prayer this whole week? The poor dear was so heart broken when she realized that she and Sister Stinky usually are in bed by Vespers...hours before Compline.
{real} 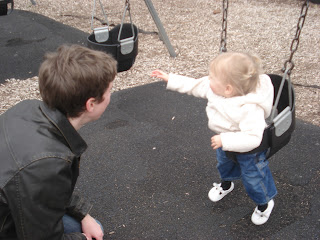 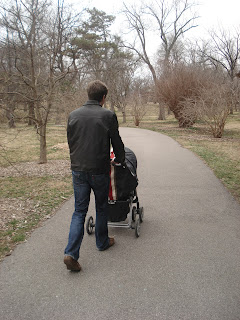 When Sister Stinky was still quite small, the Abbot and I split childcare a lot more than we're able to do now. He'd watch her most evenings while I went in to work for a few hours. Now, the Abbot works ridiculous hours (such is the life of a doctoral student) and he and Sister Stinky spend much less time together. This makes the time they do have together even more special. This is, perhaps, one of my absolute favorite parts of our Sundays - seeing these two together.
When Sister Stinky was still a little bean nestled inside me this is what kept me going...the thought of these two together after she was born. Yet, the love they so clearly have for each other is even stronger than I could have hoped.
I'd encourage you to take time to discern how God is calling you and your family to make Sunday a day of rest, set aside from other days. The sad reality is that many men and women nowadays have jobs that require them to work on Sundays (the Abbot and I have both had jobs like this in the past) but that doesn't mean that you can't take time to make Sunday something special in whatever way you can.
I think my sister is a beautiful example of this. Her job often requires her to work on Sundays but she's done several very admirable things: 1) she's made it clear to her employers (very secular employers, I might add) that she needs to go to Mass each Sunday, 2) she takes time to be with family and rest for whatever portion of the day she doesn't have to work, and 3) she treats the people she does work with and serve with respect and courtesy (thus practicing the Gospel in the midst of this secular environment). That is why I'm so grateful that she's my Sister Stinky's godmother...what a great example!
How does your family spend Sundays?